Visit Saratoga.com For Everything Saratoga
Enter Giveaways Advertise
Note: Saratoga.com is not responsible for posts and comments written by non-staff members.
Home  »  Culture  »  A Taste of Home Returns!

Cannone’s Deli Back in its Original Wilton Location.


Editor’s Note: When world traveling, trusted tastemaker Valerie J. Wilson (see her website and Instagram) rang me to discuss a story idea, I was expecting something along the lines of a dispatch from Nepal. It turned out that the Saratoga native had something closer to home in mind: A search for a beloved childhood memory.
– AG

LOS ANGELES – As a travel journalist born and raised in Saratoga Springs, whose address is usually a hotel, I often miss the comforts of my little hometown in upstate NY. No matter where I roam, I always cherish my memories of growing up in Saratoga Springs.

It’s said you can’t go home, but Saratoga has taught me otherwise. I come back home every August and December, and, to me, not much has changed about my small town. When I come back, I slip right into my hometown routine. As I visit the racetrack and downtown in the summer, I’m always on a mission for my hometown favorites. Jim Dandy Bar, Uncommon Grounds, Spring Street Deli, Bread Basket, Roma’s … but there has been a staple missing during my most recent trips… a certain deli which served a very special breakfast sandwich, served on a hard roll, and I am excited to say it has returned!

Saratoga Springs epitomizes hometown/Main Street USA, with tradition at its core. I can’t think of anything more hometown than the tradition of a little girl’s Sunday morning – with her father picking up bacon, egg and cheese sandwiches at the corner deli. 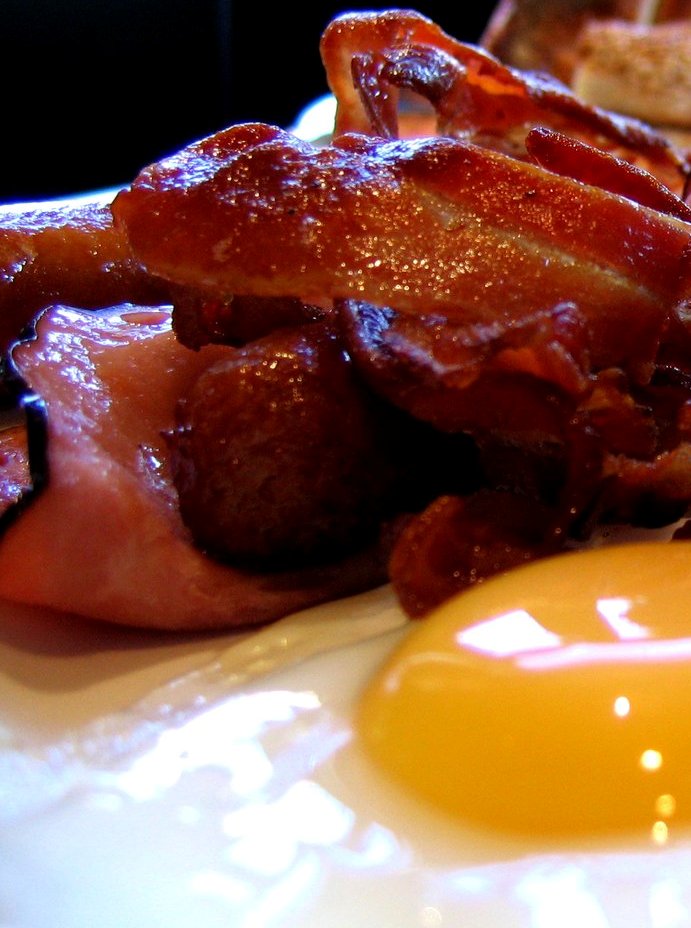 Cannone’s was our breakfast version of Cheers where the owners, Theresa and John, knew their regular customers’ names. Eventually, they sold their business, which essentially remained the same under the name Kelley’s Deli.

It has changed hands several times since, after Kelley’s it became Post Time Deli, and shortly thereafter it became a place that, frankly, wasn’t worth walking into (or remembering the name). Christmas 2016: I drove up from Texas and dreamt about this simple, yet perfect breakfast sandwich for days leading up to my arrival. I was in shock at the bare-bones deli when I went to pick up our usual favorites.

I was appalled at the fact that I could no longer come home and find a breakfast sandwich on a hard roll anywhere in Saratoga. I reached out to the Facebook universe and was sent by friends to another popular deli in town. Everything was great, except their breakfast sandwich.

It wasn’t the same. I was so disappointed. A Saratoga staple of mine was gone. Making a bacon egg and cheese isn’t rocket science, and yet no one seemed to be able to create the magical combination I once took for granted.

But there is reason to rejoice, for as of May 22, Original Owners Theresa and John reopened their establishment. Cannone’s Deli is still serving Boars Head meats on subs and sandwiches, as well as other specialties that made them a must-stop in Wilton.

I’m coming back to visit Saratoga in August, but believe me – I’m tasting my beloved hard roll sandwich now!

Usually, before I endorse something – I try to have a recent experience with a product. But in this case, my memory, and John and Theresa’s expertise, is good enough to suffice, even from 3,000 miles away!

So. If you live in town, are a tourist, or a former resident who drifts in and out like I do, you must stop by for a bacon, egg, and cheese. I know they will be making them the right way.

Welcome back Theresa and John!