Visit Saratoga.com For Everything Saratoga
Enter Giveaways Advertise
Note: Saratoga.com is not responsible for posts and comments written by non-staff members.
Home  »  Essential Oils  »  The Mind-Body-Belief Connection: More on the Power of the Placebo (and Nocebo) Effect 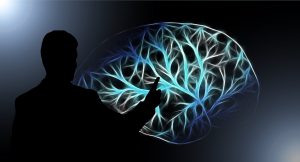 The placebo effect is a phenomenon that occurs when a substance without known medical properties produces a beneficial result in subjects due to their positive expectations of its efficacy. A nocebo effect is when a similarly inert material is used in an intervention and causes negative effects on the participants based on the belief that it can cause harm. The power of the mind on study outcomes is so well accepted that placebos are used as gold standards in clinical intervention trials. This is to prove that the treatment was not based on the subjects’ perceptions, but rather related to its proposed mechanisms of action. The fact that research must control for mindset indicates that beliefs alone exhibit psychobiological influences on health and behavior. (source, source, source, source, source, source, source)

It makes you wonder, “if placebo is so ‘conventional’ why is the notion of mind-body medicine so ‘unconventional’ or ‘alternative medicine’?”

The Controversies of the Placebo Effect: Withholding, Deception, or Being Open

The Conflicts of Placebos

Controversial and ethical issues exist with the conceptualization of the placebo effect. (source, source, source, source, source) Some of the disagreement is based on how it is defined. One paper reasons that the overall context and interactions that occur within the interventional trial, including the doctor-patient relationship, must also be considered as factors that influence subjects’ outcomes, not just the substance. These elements may be translated into the clinic. This broader definition, which could help unravel some confusion on placebos, is explained as follows:

Accumulated evidence indicates that the placebo effect is a genuine psychobiological phenomenon attributable to the overall therapeutic context (9, 14). This psychosocial context surrounding the patient can be comprised of both individual patient and clinician factors, and the interaction between the patient, clinician and treatment environment. The latter represents the many factors involved in a treatment context (such as the specific nature of the treatment and the way it is administered) and the “Doctor-Patient Relationship”, which is a term that encompasses a host of factors that constitute the therapeutic interaction (Panel 2) (12). The placebo intervention is designed to simulate a therapeutic context such that the effect following this intervention, the placebo effect, is attributable to the way in which this context affects the patient brain, body and behaviour (9). When an active treatment is given, the overall response is the result of the treatment itself and the context in which it is given. Such a conceptualization allows for progression in thinking about the many factors which make up the psychosocial context around a patient and how these factors, and the mechanisms by which they operate can be enhanced in clinical practice. (source)

The mechanisms of the placebo effect have also been a source of debate. (source, source) This table provides some reported processes that underlie it. Examples include: alterations in brain electrical and metabolic activity, activation of internal opioids, changes in neuronal excitability and neurotransmitter release, immune effects, hormonal shifts, and stress modulation.

Regardless of the specific response, another area of contention is the argument that it is unethical to give a placebo and withhold medication when it has proven to be effective. Furthermore, critics feel that placebos can be deceptive and can undermine trust. 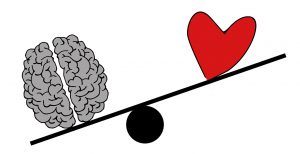 The Powers of Placebos

Advocates and clinicians, on the other hand, feel the positive benefits of placebo should be capitalized and could be implemented to prevent the nocebo effect. (source, source, source) In order to get around the argument of deception, some studies have even used an open-label placebo. The results have shown that even if participants in a trial are given a known placebo, it doesn’t necessarily mitigate the effect. In other words, if the participants know they are taking a “sugar pill,” their beliefs in its efficacy, or the education of a placebo effect, can alone provide benefit! (source, source)

One 2010 trial tested an open label placebo for IBS (Irritable Bowel Syndrome). The researchers recruited participants from advertisements for “a novel mind-body management study of IBS.” The authors stated, “During the telephone screening, potential enrollees were told that participants would receive “either placebo (inert) pills, which were like sugar pills which had been shown to have ‘self-healing properties’ or no-treatment.”

The treatment consisted of a medicine bottle labeled “placebo pills” and subjects were told to take them twice daily. The control arm was reminded of their importance to the study and to stick with their current regime for the duration of the trial. To remain ethical, both groups were promised they would be given recommendations for their IBS at the end of the study. The findings and conclusion were reported, and the placebo group did see significant improvement in IBS measurements. The authors stated the results as follows:

Conclusion: Placebos administered without deception may be an effective treatment for IBS. Further research is warranted in IBS, and perhaps other conditions, to elucidate whether physicians can benefit patients using placebos consistent with informed consent. (source)

In a more recent trial studying the effect of a “pain relief cream,” researchers sought to determine if they would receive differing results from variations in placebo interventions. The authors divided participants into three groups. The first group was deceived and were told that they were give a pain relief cream with the active ingredient lidocaine; however, it was actually a placebo. The second group of subjects were given a labeled placebo and fifteen minutes of explanation on the placebo effect and its mechanisms. The third group received an open-label placebo with no additional education. (source)

According to Science Daily,

The subjects of the first two groups reported a significant decrease in pain intensity and unpleasantness after the experiment. “The previous assumption that placebos only work when they are administered by deception needs to be reconsidered,” says Dr. Cosima Locher, a member of the University of Basel’s Faculty of Psychology and first author of the study. 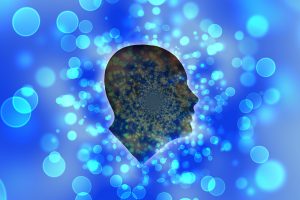 The benefit of placebo, even when one knows something is “inert” is profound. It supports the power of the mind-body connection.

If you’d like to read more about the evidence of the placebo effect, I reviewed its effects specifically related to pain in an article that was published here. I also briefly discussed the placebo and nocebo effect more recently in several articles that can be found here and here.

One of my favorite tools to support the mind and body is essential oils, as I discussed in this blog, they can benefit physical and emotional balance in many ways, from cellular health to nervous and immune system support.

In my homepage blog, I further discuss the power of the mind. Specifically, I look at the benefits of positive emotions and the importance of hope for bolstering heart and health outcomes. Yes, I discuss the impact of essential oils for supporting mood and wellness in more detail as well.

Many blessings from my heart to yours!

This material is for information purposes only and is not intended to diagnose, treat, or prescribe for any illness. You should check with your doctor regarding implementing any new strategies into your wellness regime. These statements have not been evaluated by the FDA. (Affiliation link.)

Disclaimer: This information is applicable ONLY for therapeutic quality essential oils. This information DOES NOT apply to essential oils that have not been tested for purity and standardized constituents. There is no quality control in the United States, and oils labeled as “100% pure” need only to contain 5% of the actual oil. The rest of the bottle can be filled with fillers and sometimes toxic ingredients that can irritate the skin. The studies are not based solely on a specific brand of an essential oil, unless stated. Please read the full study for more information.