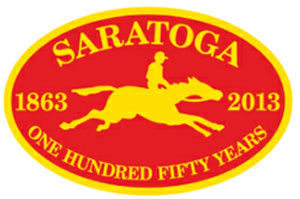 In 2013, the Saratoga Race Course honored 150 years of racing with a grand celebration featuring a wide range of events and activities.

Organized by Saratoga 150 and a myriad of volunteers, the five-month-long celebration extended from May through September 2013, and offered more than 100 events for area residents and visitors to the region.

As part of the celebration, five racing fans had the chance to wager $15,000 of someone else's money during the 2013 season. If the fan selected a winner, he or she took home the full on-track winnings, not having spent a penny of their own money.

Serving as a reminder of Saratoga's pride and spirit, the 150th Anniversary Celebration is sure to be remembered for centuries to come!