Looking to go to town on a dozen or two chicken wings but not sure where to get the best ones in the area? Spoiler alert: there is more than one place in Saratoga where you can eat some delicious wings! We've rounded up 9 local favorites that are worth a visit. 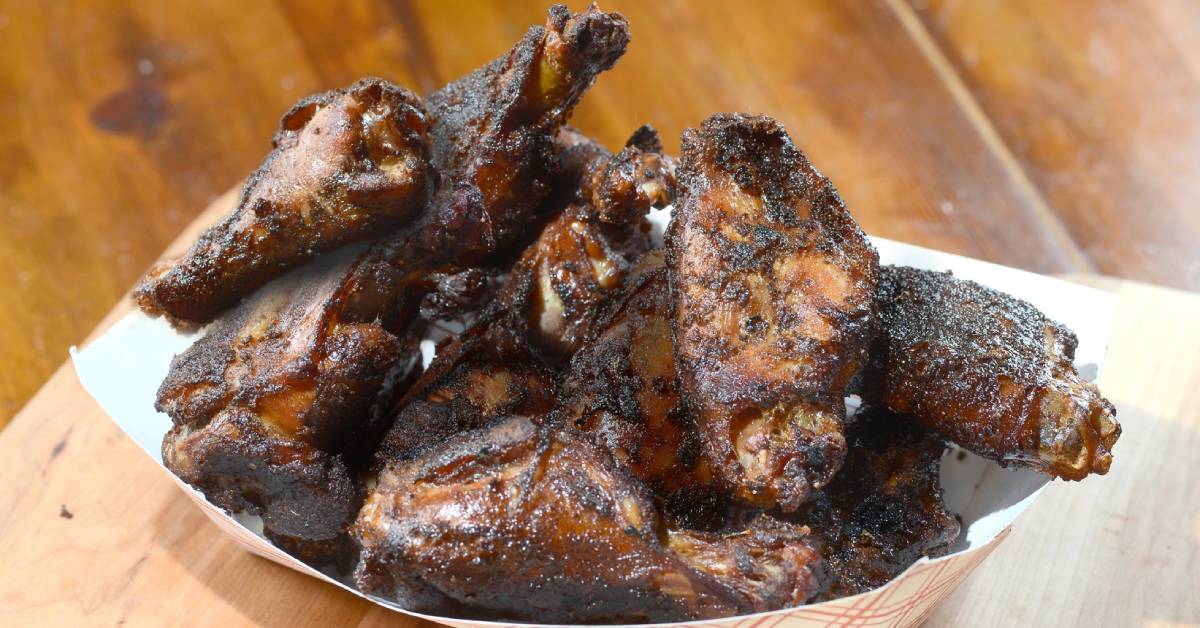 Try some of the best barbecue and chicken wings in town! PJ's BAR-B-QSA received first place in the "Best Wings" category in the 2021 Saratoga.com Fab Five Awards. The restaurant specializes in a myriad of barbecue styles from across the country. Now that PJ's is open all year round, stop in any day besides Mondays for some smoked chicken wings! Stop by Dizzy Chicken Barbecue for some of the best wings in town. Their chicken is slow-roasted in a rotisserie and fried. If you develop a craving for crispy wings on a Wednesday night, take advantage of their 24 Jumbo smoked wing special. The special includes house made blue cheese or Dizzy sauce for dipping and a 2 liter bottle of soda. Wings are served in a variety of styles, including Hot, Sweet BBQ, Spicy BBQ, Garlic and Parmesan, or Maple Bacon. 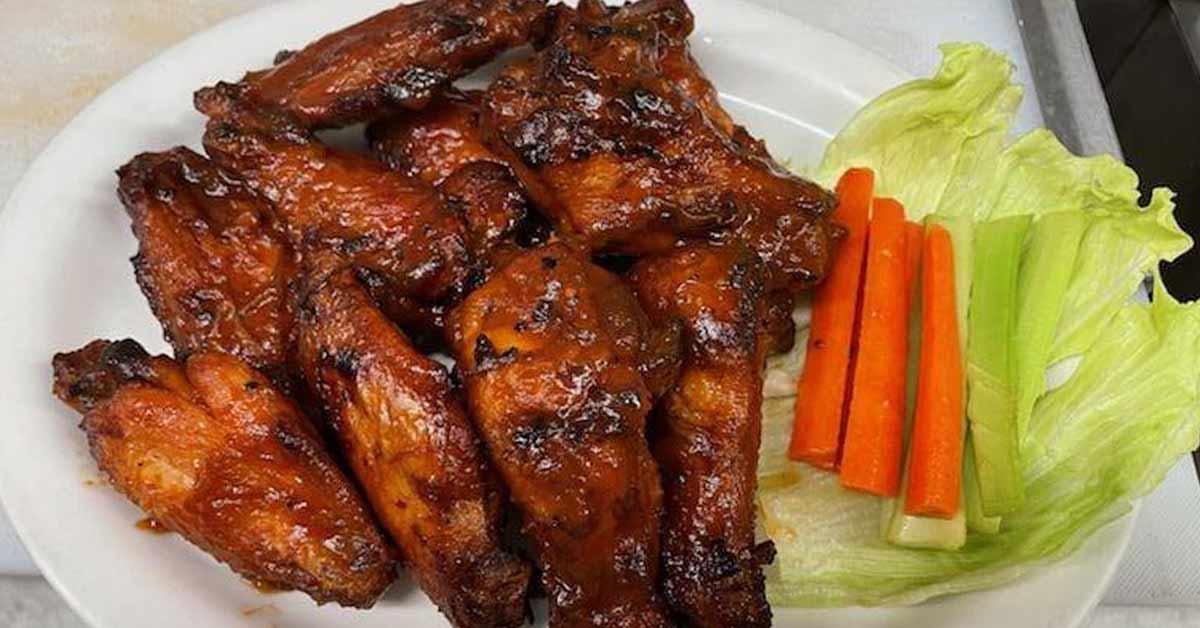 Eat chicken wings and support local businesses when you go to The Kettle Restaurant. For over 30 years, The Kettle has served the Saratoga region with only the freshest ingredients from local vendors. When you order your chicken wings, you can rest assured that they've been smoked and fried for hours. After they're done frying, they're tossed in a batch of their homemade sauce that can be spiced up upon request. Don't forget to add some fixins! Munch on some crispy wings at "Saratoga's Finest Irish Pub." Harvey's Restaurant and Bar thrives on hospitality, ensuring that all diners have an enjoyable experience. When eating wings at Harvey's, you'll have to make some tough decisions. Boneless or traditional? Fried or smoked? Choose from a selection of sauces that include Irish Gold, Sweet BBQ, Garlic Parmesan, Mild, Medium, HOT, Sweet Chili, and Harvey's sauce. If all of this sounds delicious but you're vegan, Harvey's has you covered! Substitute the chicken wings for Seitan Vegan Wings. 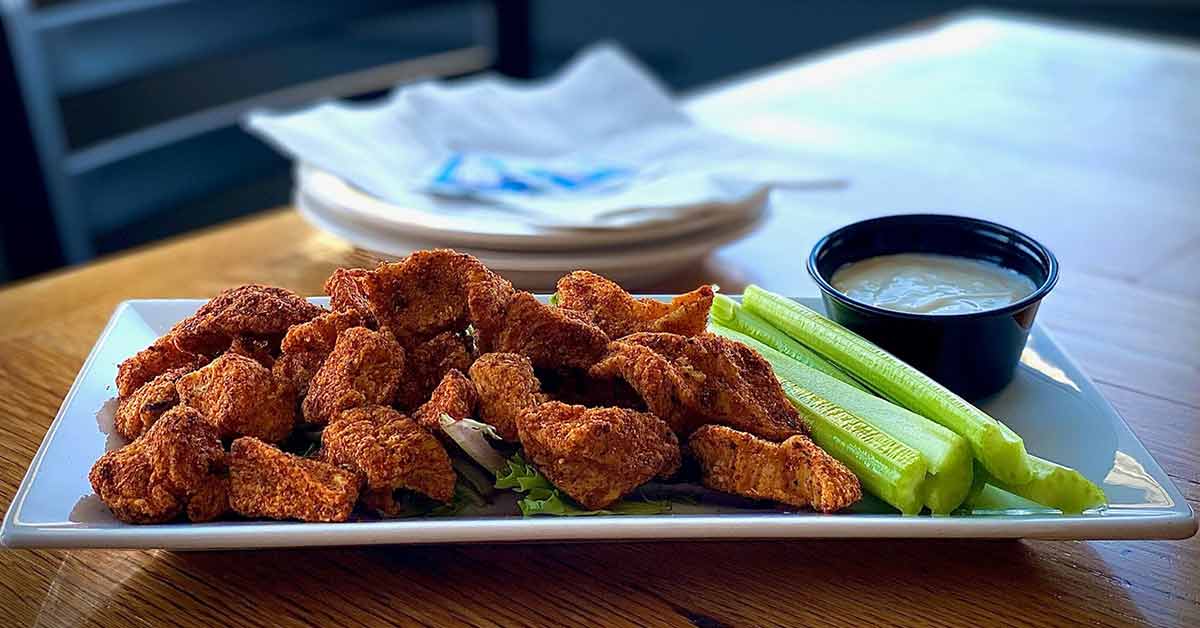 Experience live music and snack on some Jumbo Wings at the bar with your friends at Bailey's Cafe. Their wings can be tossed in any sauce of your choosing which includes Buffalo, BBQ, Thai Chili, Garlic Parm, or Honey Sriracha. Good wings, company, and local entertainment? You just can't beat it! Who said Mexican cuisine was just burritos, enchiladas, and quesadillas? Order some wings and chips for the table! Cantina has delicious chicken wings that come in several flavors. Your crispy wings can be tossed in your choice of glaze, including Original Tequila Pomegranate, SPICY Habanero, Honey Chipotle, or Dry Fajita Rub. The wings also come with cotija cheese, lime, and cilantro. Finish the wings off with a refreshingly delicious house cocktail or margarita! 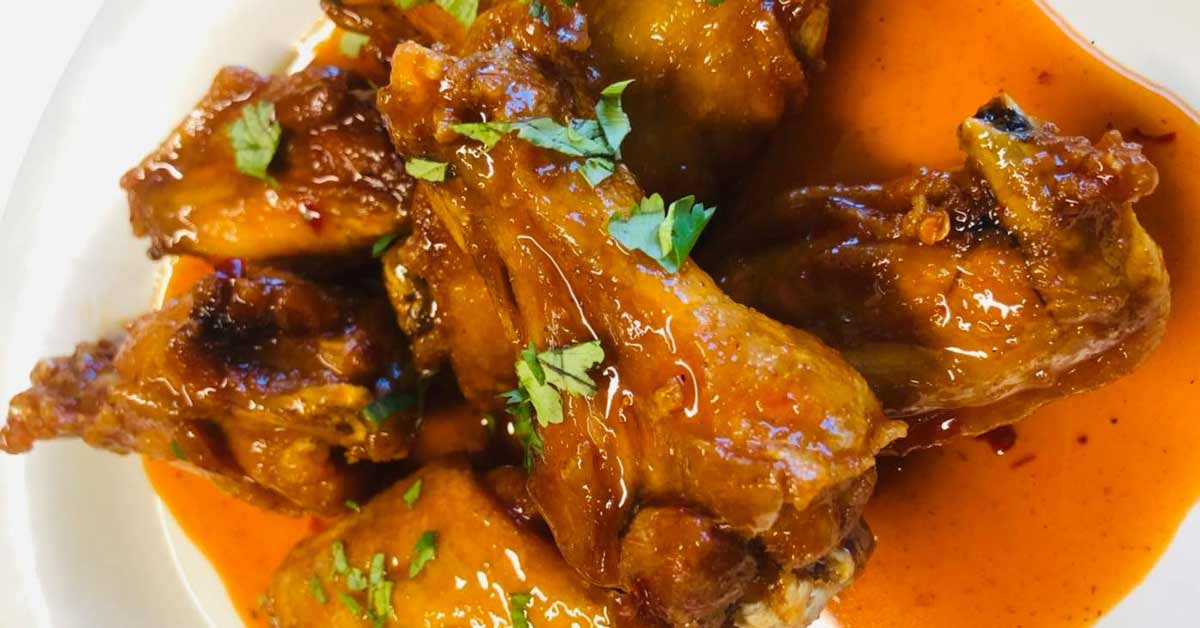 Just a jaunt down Route 9 from Saratoga lies The Rusty Nail, a chicken wing staple in the Capital Region. The Clifton Park grill and tavern offers both boneless and traditional wings served in Mild, Medium, Hot, Barbecue Sweet Heat, Garlic Parmesan, and Buffalo Garlic Parmesan styles. You can also add on any premium dipping sauces that range from Ragin' Cajun, 24 Karat, or a rotating flavor of the week.

If you happen to be visiting The Rusty Nail on your birthday, show them your personal ID and receive as many wings as you are years old. Bring a group of friends to help you dig in!

Nothing goes better with craft beers than some traditional wings. At Druthers, you can get both! Consider ordering their specialty Nirvana Chicken Wings that are described as being brined, smoked, and flash-fried. If you're into the classic styles of wings, they have that too! Choose from hot, mild, Carolina BBQ, or Cherry Habanero.