Want to go green on your commute or take a bike out to the track instead of the trolley? Now you can! CDPHP Cycle! is a bike sharing program for Saratoga Springs and other Capital Region communities. It's easy, affordable, and a great way to go green and stay healthy. 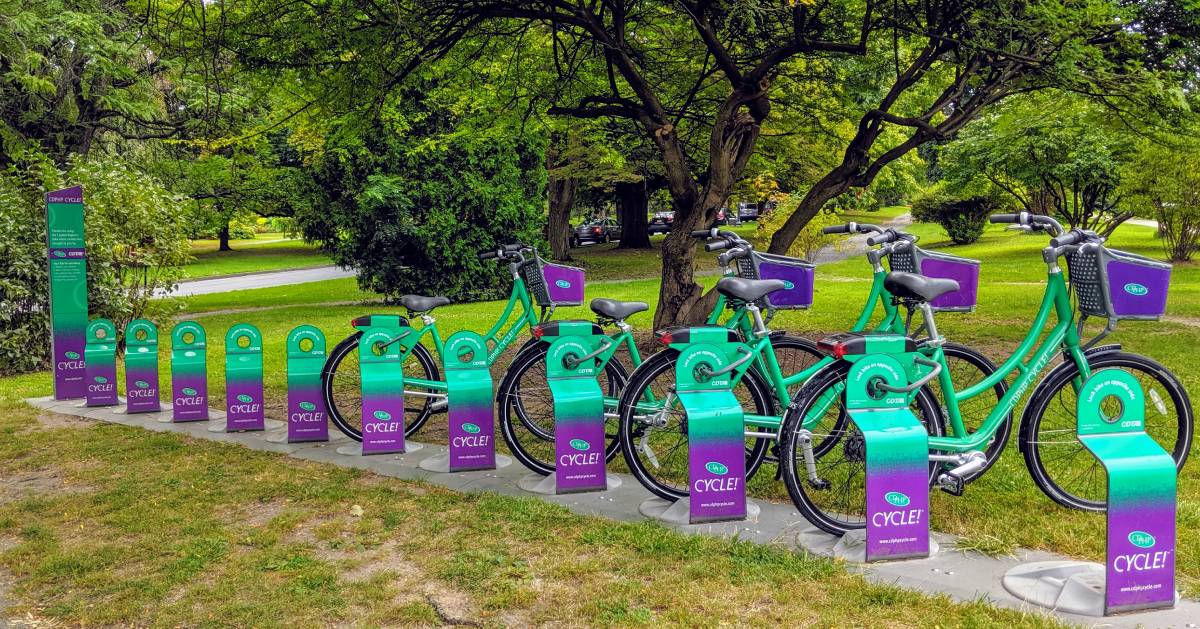 How the Bike Sharing Program Works

The CDPHP Cycle! bike sharing program uses smart technology, including GPS, to give you flexibility and value.

Each bike is equipped with technology that will help you:

To get started, visit the CDPHP Cycle! website or download the mobile app. Once you enter your information and sign up for a membership, you'll receive an account number and PIN. You can then use your account details to unlock a bike at a designated bike rack and start riding. When you're finished, just return the bike to the nearest bike station with an open slot.

There are over 400 bikes available at 80+ rack stations in Saratoga, Albany, Troy, Schenectady, and Cohoes. CDPHP Cycle! operates from April to November each season.

Ready to start bike sharing? Check below for details on where the bike rack stations are located. You can also go to https://www.cdphpcycle.com/ to download the app and get ready to cycle!

Where the Bike Rental Locations Are:

Ride your bike to these great Saratoga Springs restaurants »