Visit Saratoga.com For Everything Saratoga
Enter Giveaways Advertise
Note: Saratoga.com is not responsible for posts and comments written by non-staff members.
Home  »  History  »  Experience a journey back in time 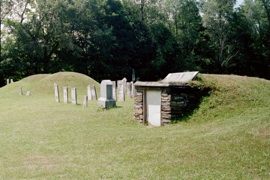 The Lakes to Locks Passage was established in 2002 by the New York State Legislature as a New York State Byway, and designated the same year as an All-American Road by the Federal Highway Administration (one of 25 nationally). The Byway follows the interconnected waterway of the Upper Hudson River, Champlain Canal, Lake George, Lake Champlain, Richelieu River and Chambly Canal through six Counties in New York State: Rensselaer, Saratoga, Washington, Warren, Essex, and Clinton.

One of the primary goals of the Lakes to Locks Passage is to promote an awareness of local history and the significance of the interconnected waterway now known as Lakes to Locks Passage to the local community and to the many tourists who visit the area each year. In Washington County, there are a wide range of Lakes to Lock’s sites that one can visit including but not limited to:

The Old Fort House Museum – Built in 1772 as a private residence with timbers taken from the ruins of the fortification of Fort Edward. The fort was built to guard the upper Hudson Valley by the British during the French and Indian War. It served as the staging ground for invasion northward into French Canada. The old fort house is the focal point of a museum campus which includes five additional buildings also open to the public. One of these contains a significant display of the 1750’s fort including a number of artifacts from the fort and surrounding areas.

Heritage Center – The Slate Valley Museum is the official Heritage Center of the Lakes to Locks Passage. The Heritage Centers provide an orientation to the community theme; identify the location of interpreted sites, nearby attractions and adjacent communities; visitor services information and public restrooms.

The Old Burial Ground – Salem’s oldest cemetery is said to hold the largest number of graves of Revolutionary War soldiers in the state. Tradition says that a hundred bodies were brought from the Saratoga battlefield and buried here in a common grave.

For more details on these and other wayfaring communities within the Lakes to Locks Passage in Washington County, visit http://www.lakestolocks.com/waypointcommunities.cfm.