Welcome to the very late March edition of the Novel Book Club. I must admit that
writing about this selection, The Dinner,
by Herman Koch has been a bit difficult. Mainly, this is because my feelings
about it are mixed. After some consideration, though, I realize that this is
part of the goal of the novel. Most good novels make you think, cause you to
relate to the subject matter in a personal way. The Dinner is perplexing though. And I think it’s because when you
read it, when you relate to it, you don’t
want to… 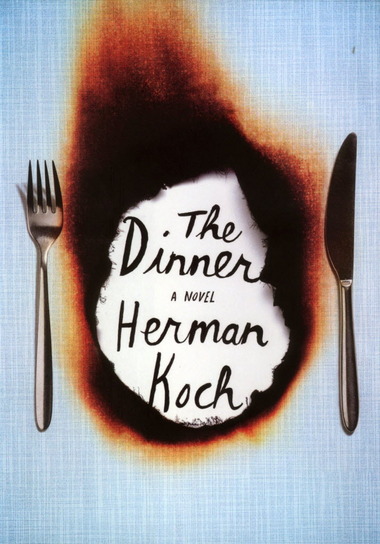 Welcome to the very March late edition of the Novel Book Club. I must admit that writing about this selection, The Dinner, by Herman Koch has been a bit difficult. Mainly, this is because my feelings about it are mixed. After some consideration, though, I realize that this is part of the goal of the novel. Most good novels make you think, cause you to relate to the subject matter in a personal way. The Dinner is perplexing though. And I think it’s because when you read it, when you relate to it, you don’t want to. The characters in this novel are seemingly straightforward at the outset, and I think you realize fairly early on who the author wants you to like. But things in this novel, as in life, are not always what they seem, and you can very easily find yourself on the wrong side of sympathy.

Here is the premise of the story: Two couples go out for dinner to a chic, upscale Amsterdam restaurant. The men are brothers and the foursome is meeting to discuss a very disturbing situation: the crime that their teenage sons have committed. To this point, their involvement is unknown to the authorities, but a video uploaded to the Internet will likely change that before too long. This meeting is to decide how they will handle the situation moving forward. What they should do and what would be best for all concerned.
Paul Lohman is a retired history teacher who loves his wife, Claire, and son, Michel. He seems an admirable husband and father. Beloved wife and doting mother Claire complements her husband and the impression is that they are as normal and happy as a family can be. Serge Lohman is a wildly popular politician, poised to become the Netherlands’ next prime minister. In the spotlight at all times (even at this dinner where other guests want to pose for a photo with him) his negative qualities are the only ones that Paul’s narration shares with the reader. So we are led to immediately dislike the celebrity politician driven by ego, by power, by his own desires. His wife, Babette, seems the stereotypical politician’s wife who endures life in the spotlight and playing second fiddle to her spouse’s career. They have two sons: biological son Rick and adoptive son Beau from Burkina Faso.
The novel progresses with the courses of the meal and with each plate that is ceremoniously served we become more exposed to the disdain that the narrator Paul feels toward everything and everyone around him. His animosity grows and through a series of flashbacks we are educated on the real nature of Paul Lohman. Not so much the average good guy, mild-mannered former history teacher. Rather his is a man filled with aggression and violent tendencies that he does not attempt to mask. As we learn this about Paul we also learn about the confidences and secrets kept by Claire. She is more devious than her sweet wife and mother exterior would have us believe. The dinner begins to wind down and it is the unlikely Serge who displays the most common sense and integrity about how they should proceed with their sons’ situation.
If you haven’t read the novel, I won’t spoil it
for you. If you have, I think you can understand how I was taken aback at the
way events played out. I was shocked at the turn of play and at how I could so
easily feel the disdain for Serge that Paul’s narration dictated. How easy it
was for me to think that the loving couple of Paul and Claire must certainly be
more worthy of my admiration. While Serge’s proposed course of action is
actually the right and decent thing to do, he is opposed on all sides. It is
understood that he will in no way be permitted to have his say. In the most
despicable of ways, Claire has made certain of this with a plan that was well
in place before they left for the restaurant. I am still ill at the mere
thought of her actions. At the fact that she–and Paul once he was made
aware–had no qualms about the scheme was more disturbing than I can say. But
maybe the most frightening thing is this: in their minds, they did it for their
son.
What would you do for your child, your spouse, your family? Are the despicable, unspeakable actions taken justified in this case?
Did they do what they did out of love? Is that really what love is?
What would you do in their shoes?
How did you react to the characters early on in the novel? Did your feelings change later in the story? 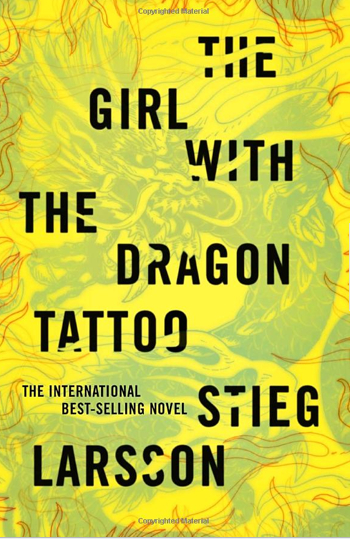 April’s selection is a book many of you have probably read, but has until slipped on my reading list–The Girl with the Dragon Tattoo by Stieg Larsson.
Come back on April 30 for review and discussion!