You Wanna Save the Dates! Yes DATES – (This is not a Typo) For 20th Annual Saratoga Fashion Show Benefiting RMHC 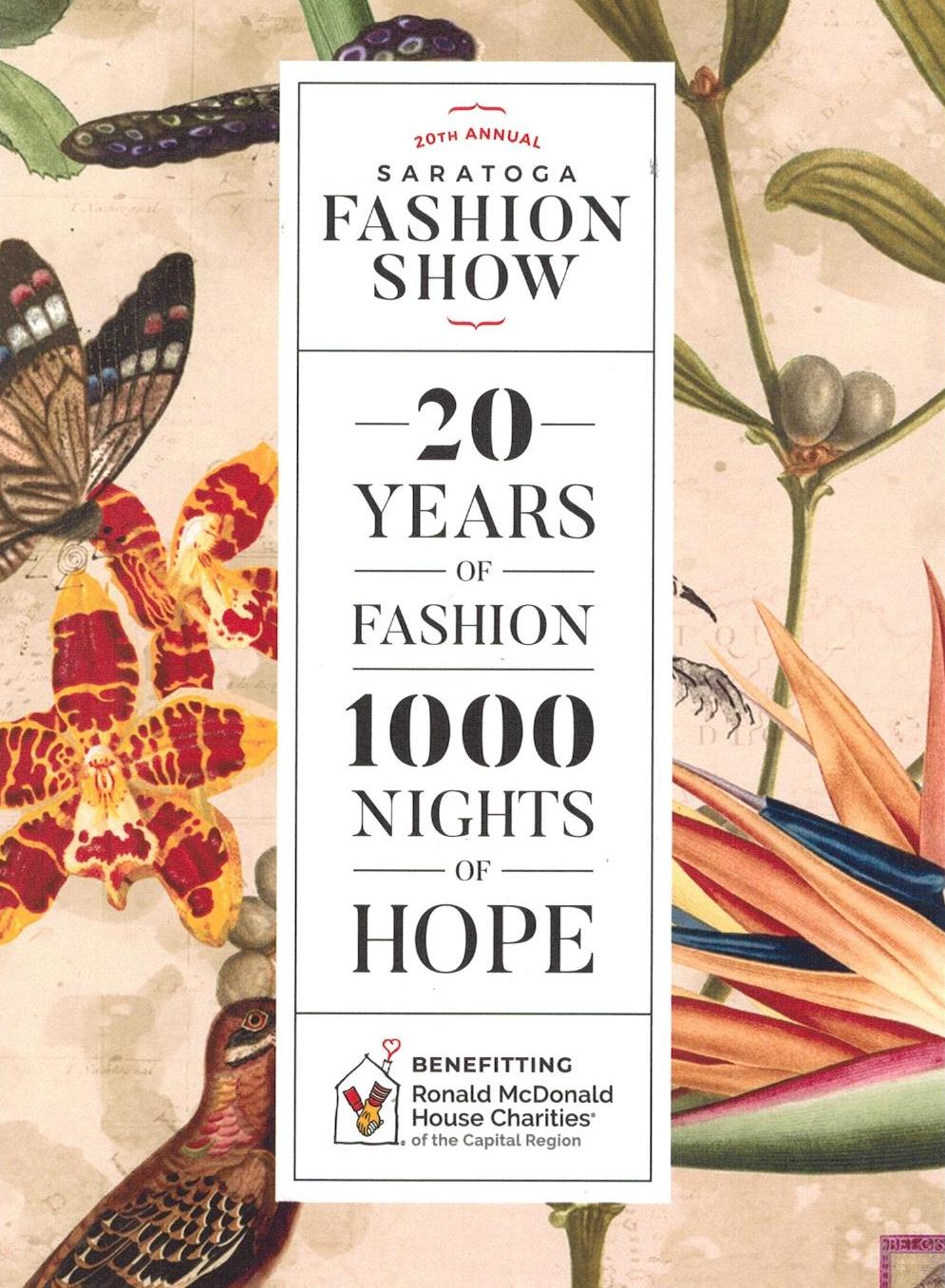 SARATOGA SPRINGS – Flip the card over, and the big deal is revealed… 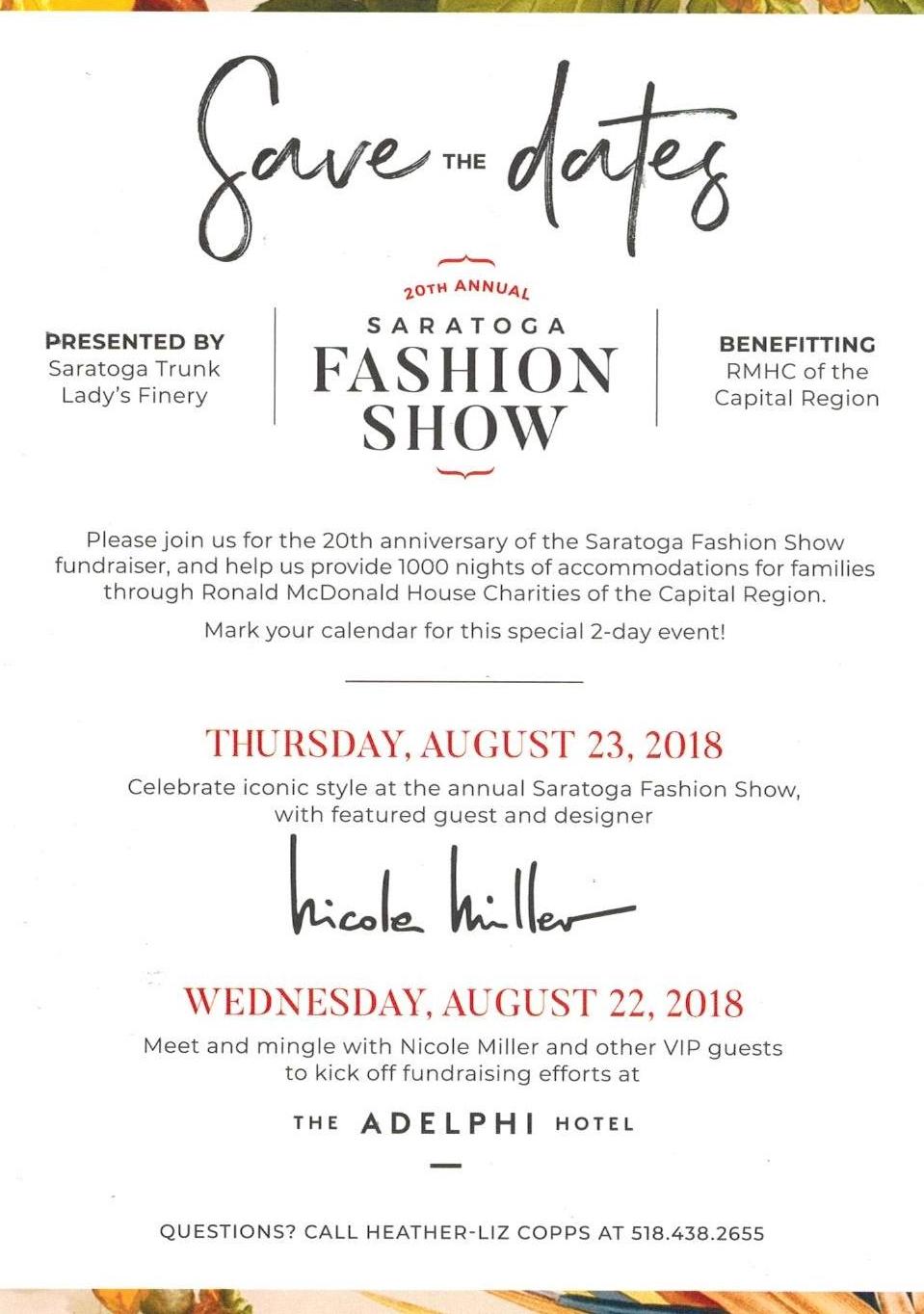 Iconic Fashion Designer Nicole Miller will be visiting Saratoga Springs as part of the big festivities planned for the 20th Annual Saratoga Fashion Show, held each year at the Saratoga Racecourse’s At the Rail Pavilion and hosted by Saratoga Trunk Ladies Finery (493 Broadway). The Annual Fashion Show will take place on Thursday, August 23rd and will again benefit Ronald McDonald House Charities (RMHC). The Save the Dates cards are going out as you read this…

On the day prior, Wednesday, August 22, Ms. Miller will arrive in Saratoga Springs. The plan is for her to be part of a Trunk Show at Saratoga Trunk in the afternoon, with many of the runway models that will be in the At the Rail show the following day, followed by a venture down Broadway for a Meet and Greet with Ms. Miller at the newly renovated Adelphi Hotel.

Indeed, it is hardly hyperbole to opine that the Adelphi was (re)born for events like this.

Saratoga Trunk Lady’s Finery started carrying the iconic designer 23 years ago, and so there’s more than a bit of symmetry in having Ms. Miller as a cornerstone of the 20th Annual Saratoga Fashion Show – the goal of which is to raise enough funds to provide ‘1,000 Nights of Hope’ – that is “…Keeping families with sick children together and near the care and resources they need.” Source: RMHC website

Also it should be noted that long-time designer participants, including perennial favorites THEIA, will be part of the 20th Annual festivities.

So that’s your scoop! Your only mission is to Save These Dates for what should be a once-in-a-lifetime summer event. See you there!