Headlining the concert are Jay and the Americans. The band started with four teenagers singing in Sandy Yaguda’s Brooklyn basement, and they are still going strong today. In 1960, they were signed by the dynamic producer/songwriting team of Jerry Leiber and Mike Stoller to United Artists, and, starting in 1962, the group charted twelve top 10 records. In 1962, “She Cried” went to #5 on the charts. Jay Traynor, the first “Jay,” was the lead singer. He was replaced by Jay #2, Jay Black, who was lead singer on the rest of their hits. In 1963, “Only in America” was a hit. In 1964, “Come a Little Bit Closer” went to #2, “Let’s Lock the Door (and Throw Away the Key)” was top 20, and Jay and the Americans were part of The Beatles first American tour, and they played at Carnegie Hall on the Rolling Stones tour. 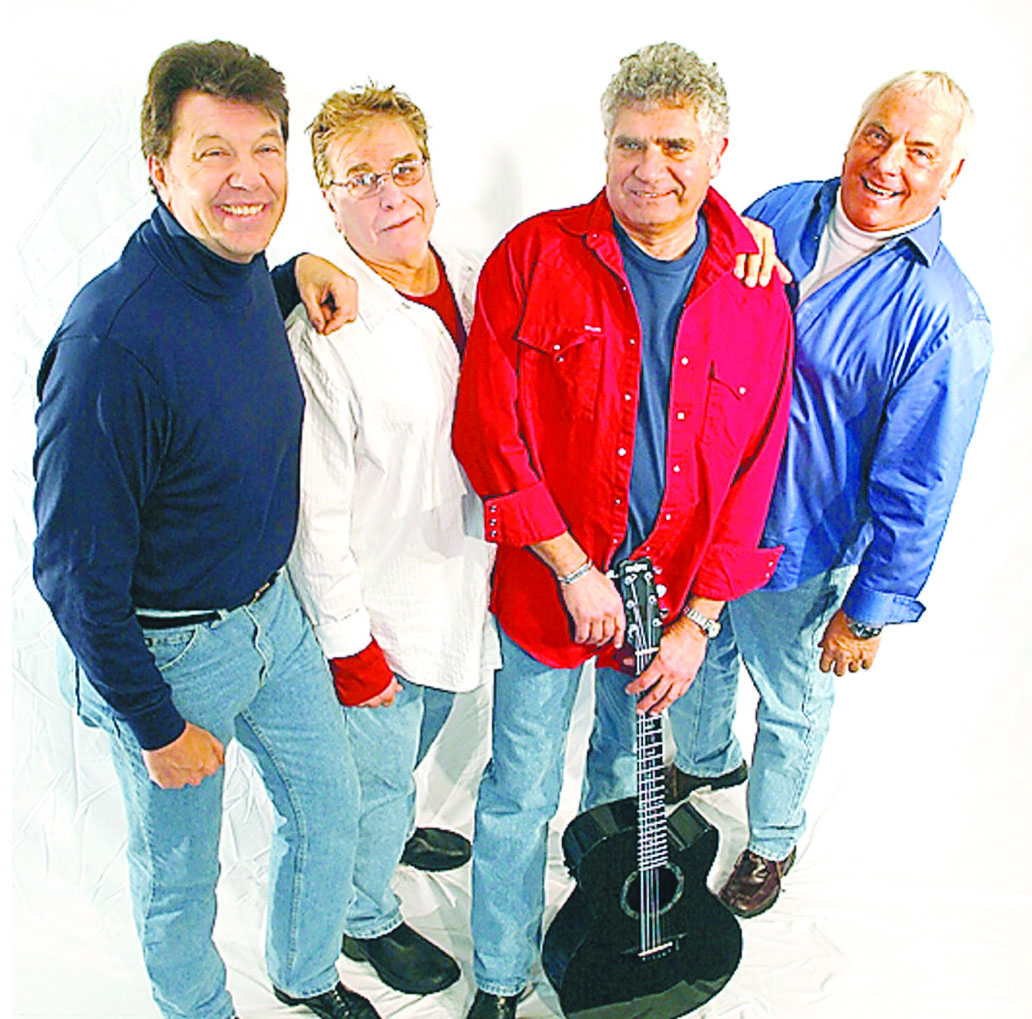 From 1965-1970, their hits included “Cara Mia” (#4), “This Magic Moment” (#9), “Some Enchanted Evening” and “Walkin in the Rain.” In 1971, Walter Becker and Donald Fagen were the bass and keyboard players in the band before they went on to form Steely Dan. In 1973, the group disbanded, although Jay Black continued to tour and sing their hits. Sandy directed “Beatlemania” on Broadway and became A+R Director of ABC Dunhill Records. Marty Kupersmith wrote “Bad Reputation” with Joan Jett.

In 2006, Jay Black declared bankruptcy, and the court sold the rights to the “Jay and the Americans” name to founding member Sandy Yaguda. The other bidder was Jay Reincke, a Chicago-based singer who had been singing their tunes in his band for decades. Sandy and Howie flew to Chicago to see Jay Reincke perform and were blown away by his vocal prowess, resulting in Jay #3 joining Jay and the Americans. Original members Sandy Yaguda, Howie Kirchenbaum and Marty Kupersmith, plus Jay Reincke, continue to recreate the authentic, unforgettable sound of their great hits to the delight of their fans. You’ll see why they were inducted into the Vocal Group Hall of Fame in 2002. 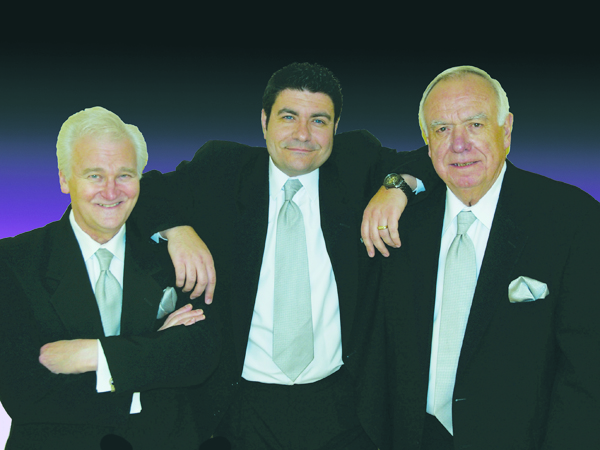 The Vogues are renowned for their outstanding talent, stylish delivery and strong vocal harmonies, making them one of the word’s premier sixties acts. From 1965-1970, they recorded nine top 20 songs, including “You’re the One” (#4), “Five O’Clock World” (#4), “Turn Around Look at Me” (#7), “My Special Angel” (#7), “Magic Town,” “Till,”
“Moments to Remember” and “Green Fields.” The Vogues were inducted into the Vocal group Hall of Fame in 2001, and audiences can’t get enough of their amazing vocal harmonies. 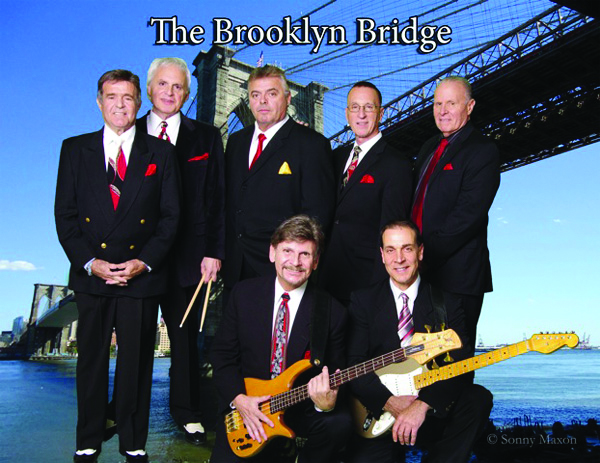 The Brooklyn Bridge was formed by combining the Crests’ lead singer, Johnny Maestro, with the Del-Satins (Dion’s backup singers) and the horn players from the Rhythm Method. Johnny Maestro had several hits in the late 1950s with the Crests, including “16 Candles”, “The Angels Listened In,” and “Step by Step,” and the Bridge still perform those songs in concert. The newly formed Brooklyn Bridge signed with Buddah Records in 1968, and they had their biggest hit, “The Worst That could Happen” #3), a song written by Jimmy Webb, in 1969. Other hits included “Welcome My Love,” “Blessed is the Rain,” “You’ll Never Walk Alone,” and “Your Husband, My Wife.” They sold more than 10 million records and appeared on shows such as Ed Sullivan. The Bridge was featured in 1999 on PBS’ DOO WOP 50, and they were inducted into the Vocal Group Hall of Fame in 2005. The incomparable Johnny Maestro died in 2010, and Joe Esposito is now the Bridge’s lead singer. He is incredible. He performed “Lady, Lady, Lady” in the 1983 film Flashdance and “You’re the Best” in 1984’s Karate Kid. He collaborated with Donna Summer on “Heaven Knows” and “Bad Girls.” The Brooklyn Bridge, including six original members, will steal the show at Proctors! 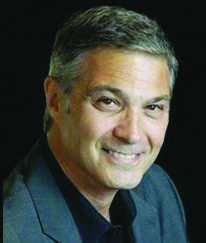 Dennis Tufano, original lead singer of The Buckinghams, is an excellent performer. According to Billboard Magazine, they were “the most listened to band in the US in 1967.” Dennis, born in Chicago, had performing in his blood, learning from his father who was a singer who also played violin, sax and harmonica. In 1965, Dennis’ band, the Pulsations, became the house band on tv station WGN’s “All Time Hits” show, but the producers wanted a more British-sounding name since it was the height of the British Invasion, so “The Buckinghams” were born. They recorded their number one gold hit, “Kind of a Drag,” at Chess Records and signed with Columbia Records. Their other top hits included “Mercy, Mercy Mercy” (#5), “Don’t You Care” (#6), “Susan” (#11) and “Hey Baby (They’re Playing our Song)”(#12).

After leaving the Bucks, Dennis became a Renaissance Man in the entertainment world. He worked with renowned composer Tom Scott and sang the original theme song of TV hit “Family Ties.” He toured with Olivia Newton-John, joining her on duets of “Suddenly” and “You’re the One That I Want.” He worked in tv as an actor, stuntman and producer, and did a lot of voice over work on tv and radio. Dennis’ critically acclaimed tribute to Bobby Darin is incorporated into his not to be missed performance. 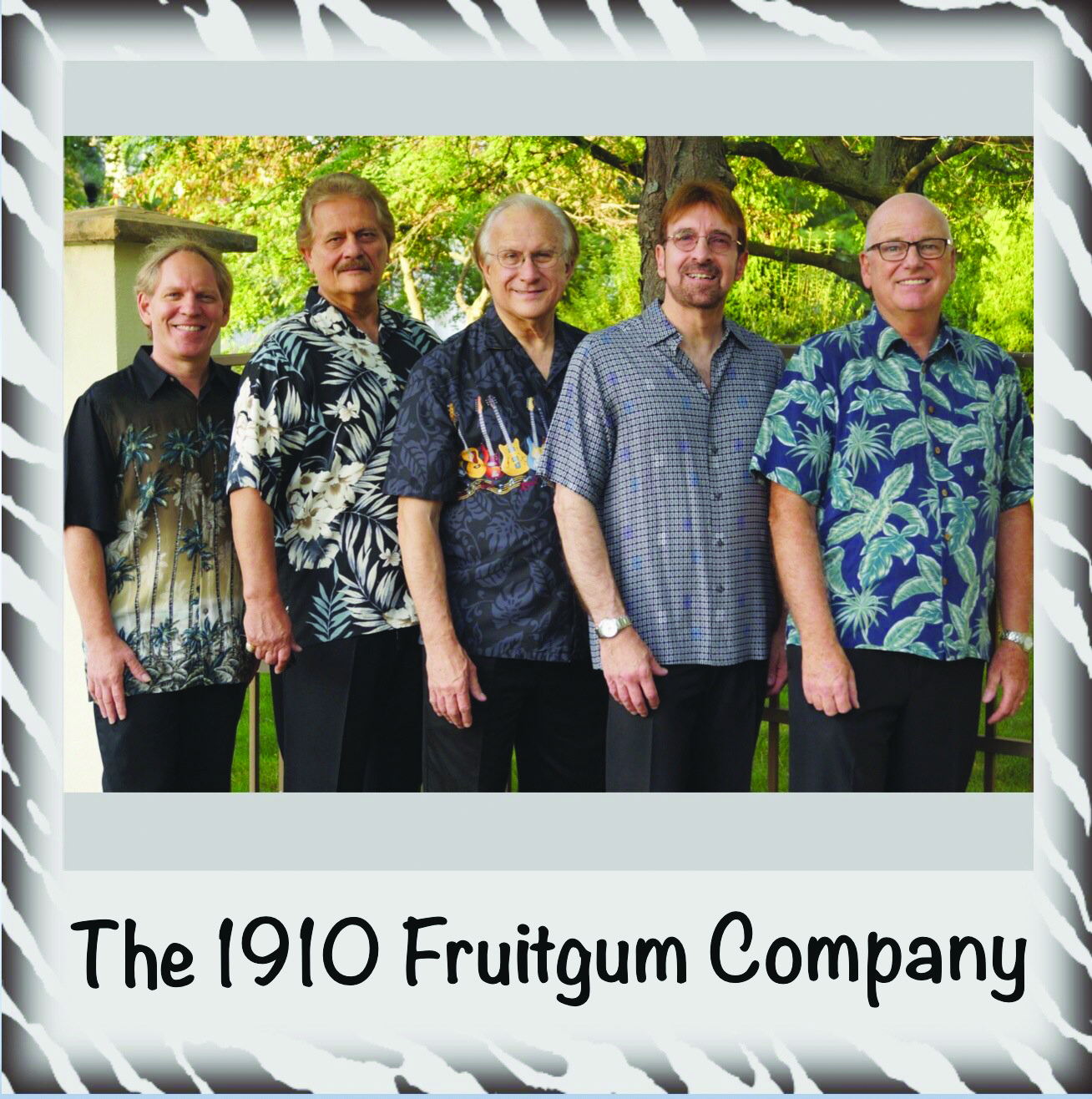 The 1910 Fruitgum Company defined “bubble gum pop” in the 60s. Their hits included “Simon Says” (#4 US, #2 UK charts), “1,2,3 Red Light” (#5) and Indian Giver
(#5). All three went gold (selling over a million copies) and “Simon Says” sold almost 4 million. Their fourth hit was “May I Take a Giant Step.” Formed in New Jersey, lead singer Frank Jeckell is still creating a fun, exciting set for the crowd at Proctors.

Opening the show is local band The Oldies Show. Comprised of local musicians who have played all over the country, they have joined together “back home,” including three dynamic vocalists and a killer rhythm and horn section. They will open the show, bringing back wonderful memories with hits of the 60s.