A CHRISTMAS STORY Opens at Home Made Theater


Home Made Theater celebrates the holiday season with Philip Grecian’s adaptation of Jean Shepherd’s A CHRISTMAS STORY. The show runs weekends December 7th through the 16th at the Spa Little Theater in the Saratoga Spa State Park.

This year, there’s a gift that Ralphie wants more than anything in the world – a Red Ryder 200-Shot Carbine Action Range Model Air Rifle – but his parents don’t seem to think it’s such a good idea. Ralphie decides to wage a three-pronged campaign for the Christmas gift of his dreams. On the home front, he bombards his parents’ mail and magazines with Red Ryder advertisements. On the school front, he toils over a particular assignment that he’s sure will convince his teacher to take up his cause. Finally, he visits the local department store, nervously hoping that Santa will endorse his wish. Ralphie and his friends make every effort to be on their very best behavior, but staying out of trouble isn’t always as easy as it should be. As Christmas draws closer, Ralphie gets increasingly anxious about what surprises (either good or bad) the holiday season will bring.


The Director of A CHRISTMAS STORY is JJ Buechner who directed THE BEST CHRISTMAS PAGEANT EVER, ALICE IN WONDERLALND, and INTO THE WOODS at HMT. He is also the Artistic Director and Founder of the Local Actor’s Guild.

The cast of A CHRISTMAS STORY includes Zeke Fiber as Young Ralphie, Shane Thompson as Adult Ralphie, Christine Geraci as Mother, and Byron Turner as The Old Man. The cast is rounded out with an additional twenty performers ranging in age from seven to seventy. 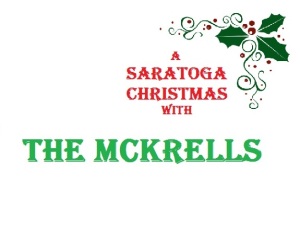 This festive Irish Christmas evening will showcase musical entertainment suitable for all ages, including traditional Christmas musical favorites, Kevin’s trademark sound, and his popular rendition of “A Visit from St. Nick” (“’Twas the night before Christmas . . .”).