Visit Saratoga.com For Everything Saratoga
Enter Giveaways Advertise
Note: Saratoga.com is not responsible for posts and comments written by non-staff members.
Home  »  Dance  »  HMT to Dance Through the Decades! 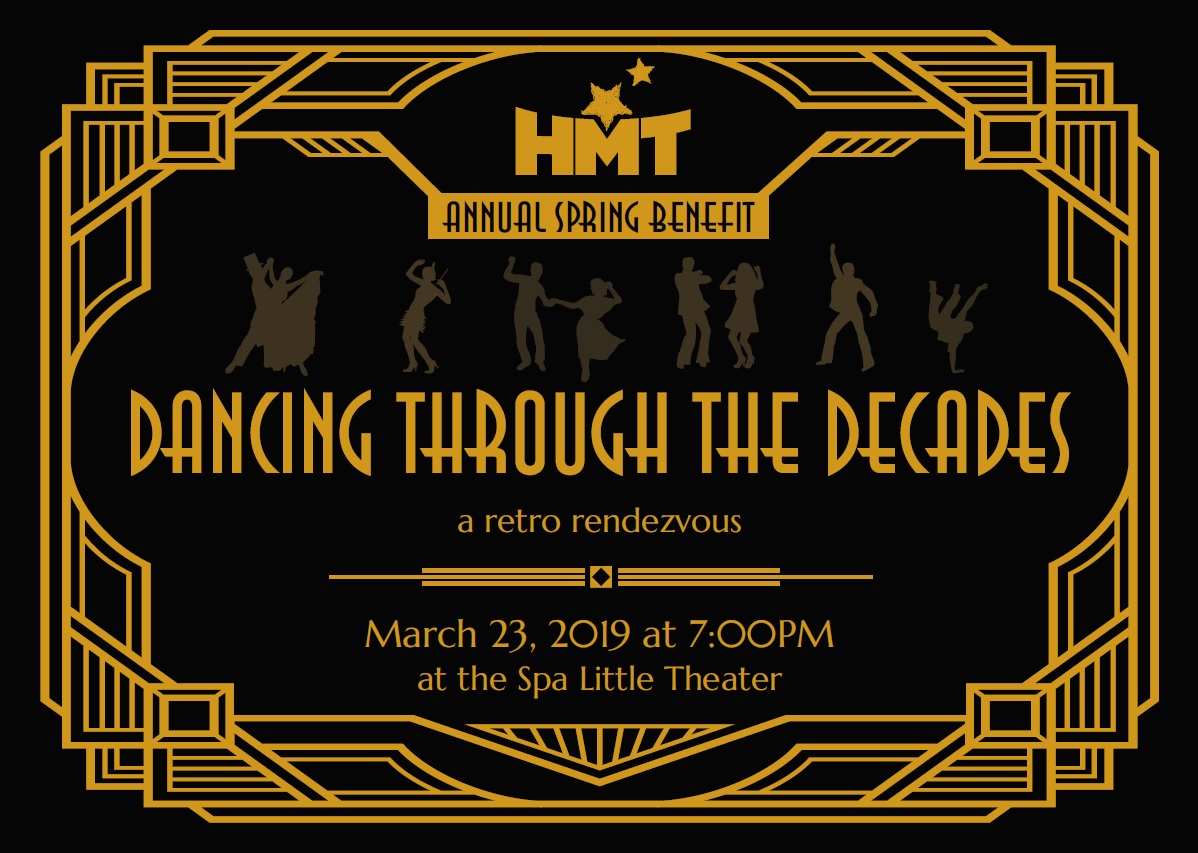 SARATOGA SPRINGS – Home Made Theater, the resident theater company of Saratoga Springs, will host their Annual Spring Benefit on Saturday, March 23rd at the Spa Little Theater in Saratoga Spa State Park. This year’s theme is “Dancing Through the Decades.”


HMT invites you to a fun, flashback-filled night of food and entertainment. The fundraiser begins at 7 pm, with hors d’oeuvres and cocktails by Longfellows. The Spa Little Theater will be transformed into decade-themed spaces, including a 20s speakeasy, a 30s + 40s dance hall, a 50s malt shop, and a 60s, 70s, and 80s dance floor on the stage. Plus, entertainment featuring some favorite characters from HMT’s 34 seasons. Costumes from your favorite decade are encouraged, but not required.

The live auction packages are quite enticing, and you can expect that several VIP celebrity characters from their most notable productions will be on hand to help HMT administer the proceedings.

Here are a couple of packages that are confirmed at press time: 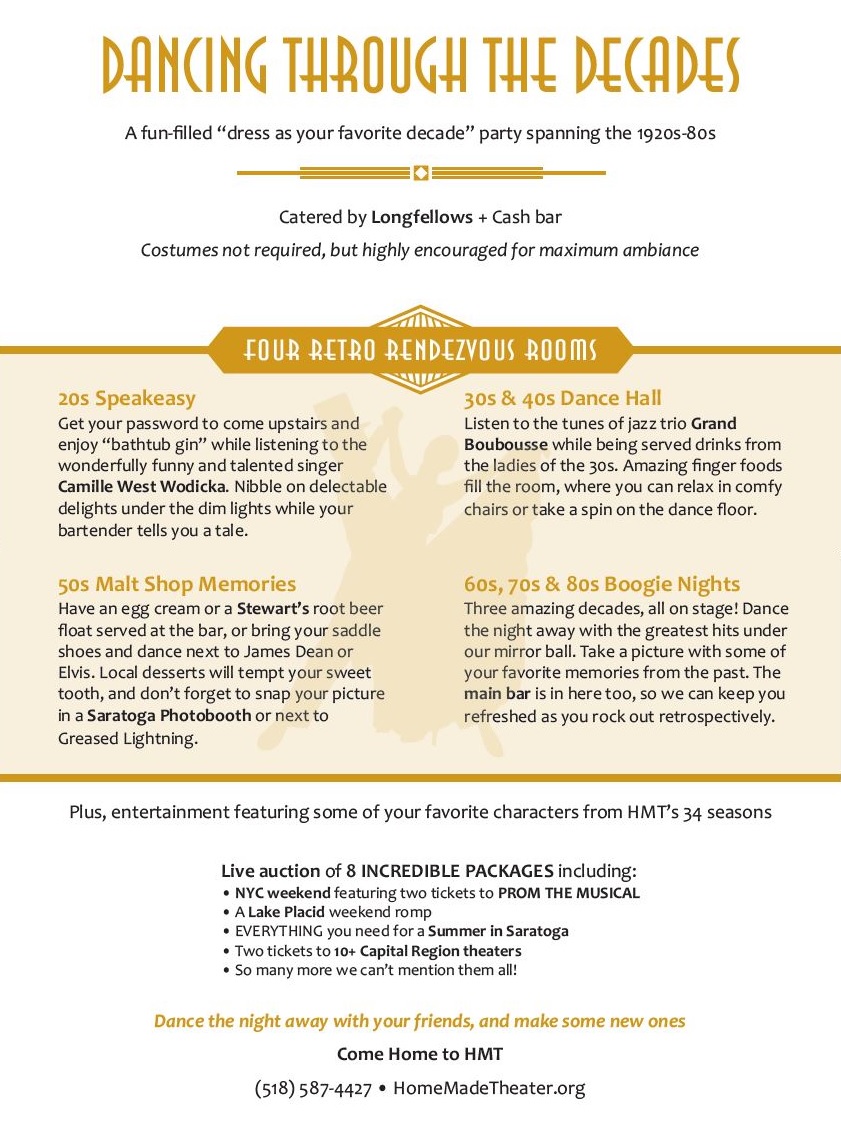