Visit Saratoga.com For Everything Saratoga
Enter Giveaways Advertise
Note: Saratoga.com is not responsible for posts and comments written by non-staff members.
Home  »  Congress Park  »  The Spirit of Life Rededication Ceremony 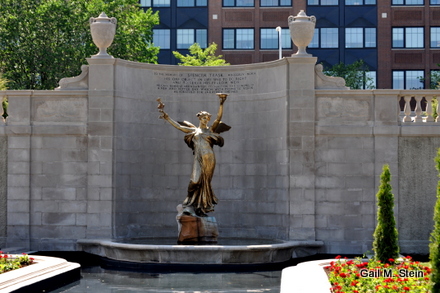 This past Friday, June 26, 2015, was the 100th anniversary of the original dedication of the Spirit of Life and Spencer Trask Memorial. It was also the day of its RE-dedication ceremony. 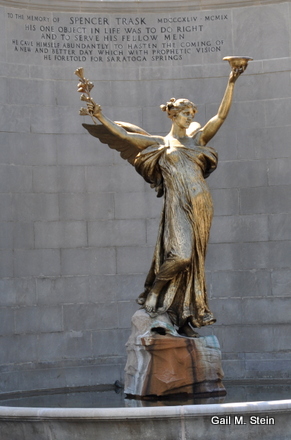 As everyone knows, the Spirit of Life had been showing signs of wear over the years, and many of the surrounding trees were old and becoming a threat to the statue; therefore, extensive renovations ensued. The statue itself was restored with a gold finish, as had been discovered on the original designs revealed through research. Now she glows. She shines! Her reflection is mirrored in the pool which lays at her feet, creating a serene, yet majestic picture. I was fortunate enough to be able to leave work early and arrived prior to the 4:00 commencement of the re-dedication ceremony. I LOVED this crowd! There were several hundred spectators (I think I read somewhere over 300 people), including local dignitaries and officials, families, and groups of friends and co-workers. It was a spectacularly pretty day and the crowd was filled with people enjoying the festive music, as well as many who treated themselves to ice cream cones as they strolled through Congress Park and partook of the festivities. It was all very Norman Rockwell and charming, in my opinion. I was thrilled to be a part of it all. 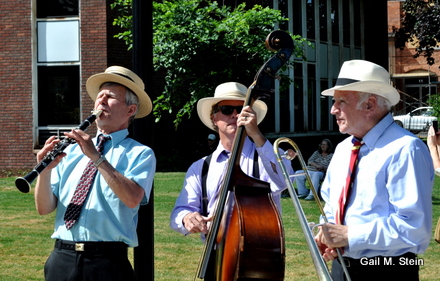 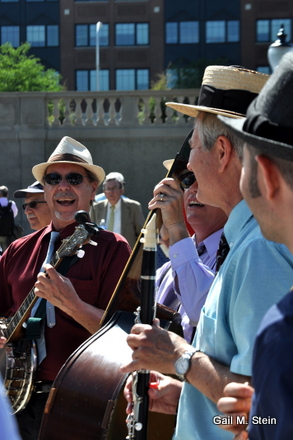 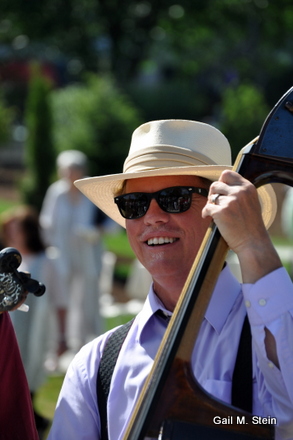 For some reason, I became absolutely fixated on how pretty the reflections looked in the pool in front of the statue. Between the blue sky, the puffy white clouds and the colorful summer clothing on everyone standing on its edge, the reflections were every bit as beautiful as the images they were reflecting. So many colors! I took a ton of photos (of course). 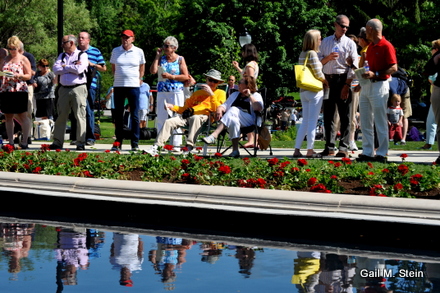 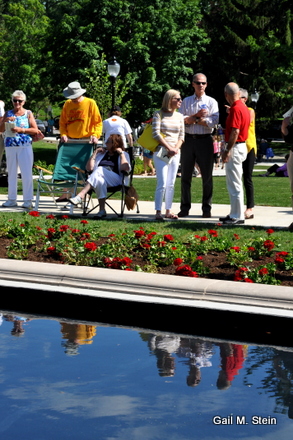 Unfortunately, I was unable to stay for all of the actual ceremony itself, I only heard the first couple of speakers, including the Mayor, however, from what I have heard and read in the papers, it sounds like the entire re-dedication was very inspirational and well-received! 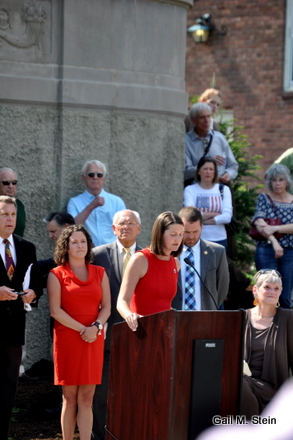 I cropped and enlarged one of the photos in order to make the inscription more legible. In case anyone still has trouble reading it,
To the memory of Spencer Trask
His one object in life was to do right
And to serve his fellow men
He gave himself abundantly to hasten the coming of
A new and better day which with prophetic vision
He foretold for Saratoga Springs