Editor's Note (10/25/2022): As of 2022, First Night Saratoga is under new leadership and has been renamed the Saratoga New Year's Fest. Check out our new page about the event for all the latest details.

Below, you can still read about the last First Night Saratoga and what the event featured.

First Night Saratoga is New York's largest New Year's Eve event outside of New York City! As one of the oldest and largest First Night celebrations in the country, First Night is the most affordable, accessible, family-friendly, safe, and exciting way to spend New Year's Eve in the region. The 2020 theme is "A New Dimension." 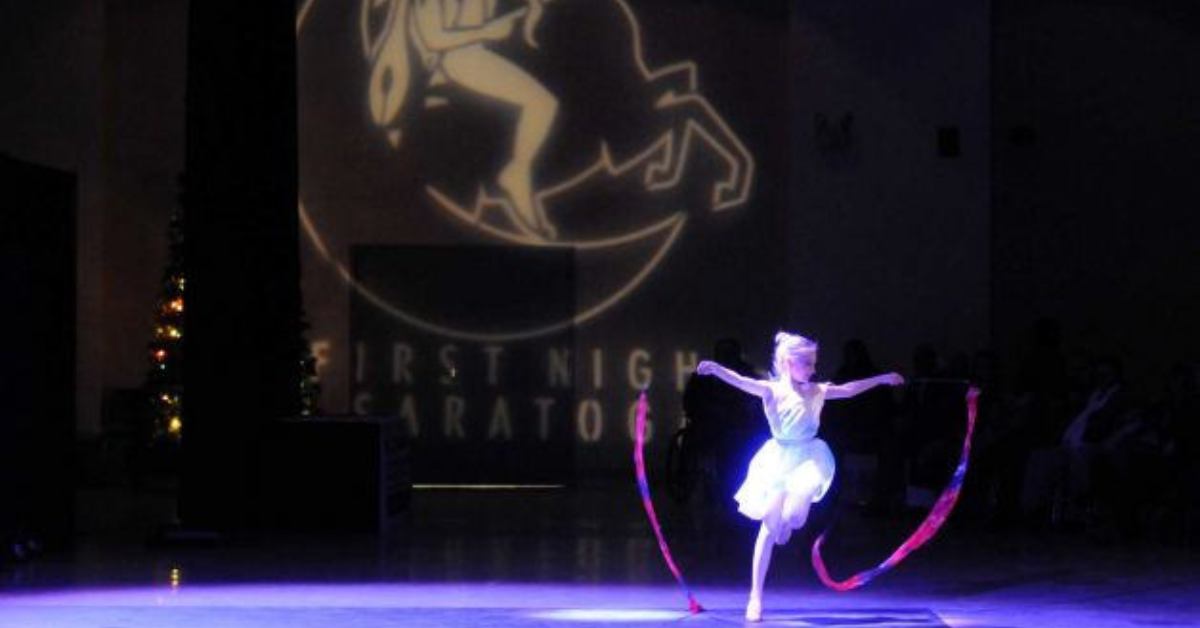 A fireworks show in Congress Park at 5:45 pm will start First Night off with a bang. Then, a Digital Midnight celebration will close out the evening. Saratoga Arts, in conjunction with CMI Audio Visual, Dave Bigler Studios, and the Pavilion Grand Hotel, will set off digital fireworks at the Saratoga Springs City Center.

In the 20 minutes leading up to midnight an exclusive video will run that incorporates user-submitted photos of previous First Night celebrations. The video will wrap up with the digital fireworks. Anyone who has the URL will be able to watch from anywhere!

More to look forward to:

Music spans all genres: rock, country, jazz, blues, classical, and more. In addition to the above headliners you can expect: 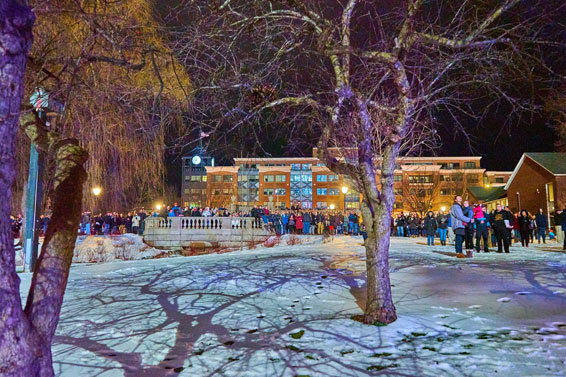 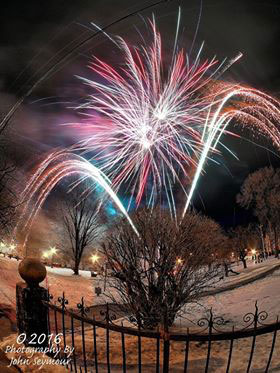 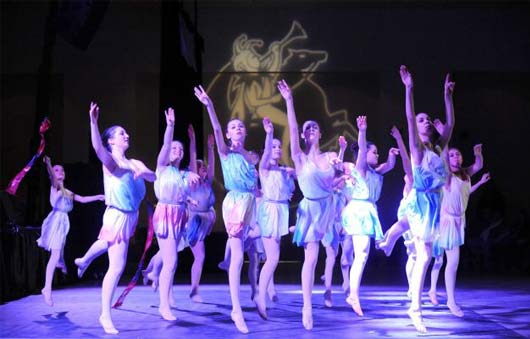 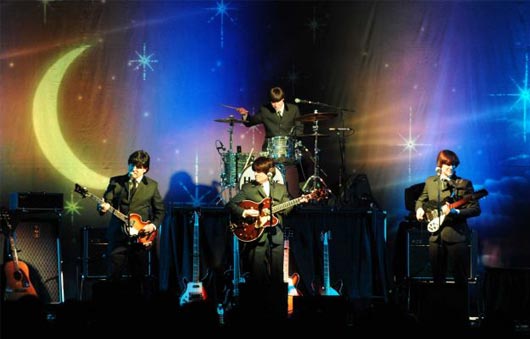 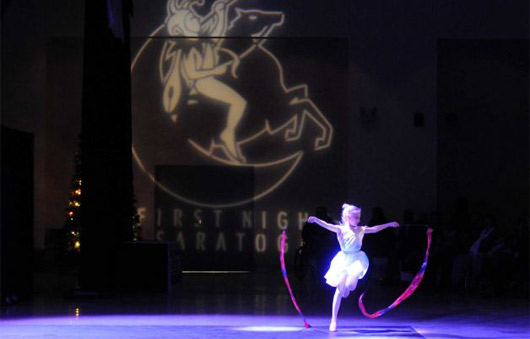 A dancer at the Saratoga City Center 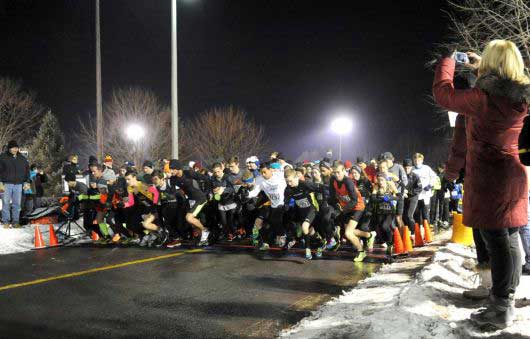 Runners take off at the First Night 5K 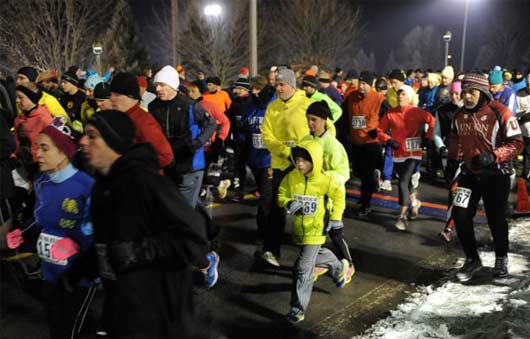 Free shuttle! CDTA offers a special Saratoga First Night transportation service on New Year's Eve, putting First Night attendees within easy walking distance of all the venues. Attendees who show First Night buttons ride for free on all regular Saratoga bus routes and the two special shuttle routes from 4pm through 1am. All bus stops are marked with yellow First Night signs and arrive and depart every 15 minutes from all spots on the First Night downtown loop. See bus stop locations »

You can also park at the Wilton Mall or leave your car in place at Skidmore after the 5K roadrace!

The Wilton bus stop is on the side of the Dick's Sporting Goods building - not the bus stop in front of Bon Ton.

If you have questions about the bus routes/stops, visit the CDTA's supervisor van near Congress Park.

The best parking is on the street near the performance site you're attending. Off-street parking is available in the following lots:

See the Saratoga Chamber of Commerce's parking map. Street parking is available as well, just make sure to pay attention to the posted time limits, which vary from location to location.

Most First Night venues are within reasonable walking distance of each other. It's a beautiful stroll through downtown Saratoga Springs, but dress warm as it can be chilly! Most shops and restaurants are open late, so you can also stop in to your favorite spot to warm up.

One button does it all! A First Night Saratoga admission button provides you access to all First Night venues, performances, and happenings, plus the free shuttle all night long. Buttons only cost $20 (or $15 if purchased online or at Saratoga Arts between November 5 and December 25).

By mid-December, buttons can be purchased at any of the following partner locations for $20. Check back here soon for when they'll be available, or call Saratoga Arts at 518.584.4132 for specific dates about when buttons will be available from their partners:

You can also buy your button online »

Didn't get your button yet? You can purchase one on December 31st at the following locations:

Please note: Make sure to wear your button visibly throughout the evening at First Night.

First Night would not be possible without the help of many dedicated volunteers! Typically about 150 to 175 volunteers help out but this year they are hoping for 275 - about 100 for the 5K and 175 at venues. No experience in volunteering is needed, they will help you. You can work a three-hour shift or an all-night shift, which would allow you to see all the performers at a particular venue.

Make First Night Saratoga a yearly New Year's tradition for your family! For more information on this holiday event, contact Saratoga Arts at 518.584.4132 or visit them online.

« Back to the New Year's Guide