The story of Santa Claus is a big part of what makes Christmas so magical. For some kids, seeing is believing, and luckily, Santa has a lovely cottage right in Saratoga Springs, NY.

Note: Although Santa Claus typically makes appearances at his cottage during the holiday season, for 2021, there will be some changes to help ensure social distancing. Check out the Saratoga Springs Downtown Business Association's Santa Claus plans below! 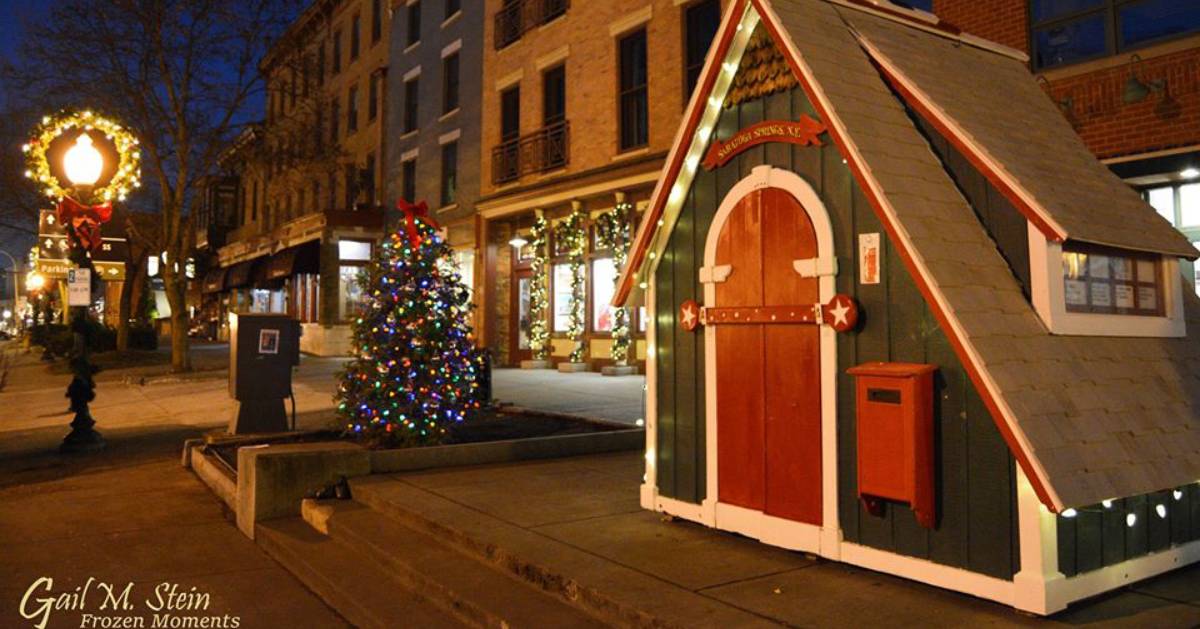 Where Is Santa's Cottage Located?

Santa's Cottage is located on Broadway in front of Putnam Market (across from Caroline Street) in downtown Saratoga.

Unfortunately, Santa Claus will not be making appearances inside his cottage during the holiday season. However, as part of the Victorian Streetwalk Weekend on December 2-5, 2021, children are welcome to leave their Christmas lists and notes for Santa at his cottage.

As an alternative to in-person Santa visits, the Saratoga Springs Downtown Business Association will present Neighborhood Santa Visits Throughout December. Catch a glimpse of Santa Claus as he travels through Saratoga neighborhoods atop a Tower Ladder fire truck on the following dates:

Get more details on SaratogaSpringsDowntown.com.

« Back to the Saratoga Victorian Streetwalk