Visit Saratoga.com For Everything Saratoga
Enter Giveaways Advertise
Note: Saratoga.com is not responsible for posts and comments written by non-staff members.
Home  »  Healthy Thinking  »  Mind-Body-Spirit-Soul Healing, with Science…The Healing That Could Come from Temporary Separation 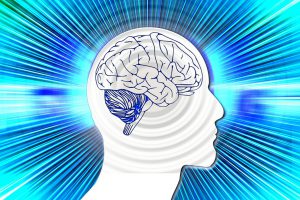 Don’t Call it a Comeback, Call it a Return and Reunification

The concept of mind-body medicine has been gaining momentum in the mainstream media for decades.  In a 2006 article in EMBO, the author discussed the history of how the body became separate from the mind to begin with and the road back to reunification:

Although the understanding that emotions affect physical health dates as far back as the second-century physician Galen and the medieval physician and philosopher Moses Maimonides, modern medicine has largely continued to treat the mind and body as two separate entities. In the past 30 years, however, research into the link between health and emotions, behaviour, social and economic status and personality has moved both research and treatment from the fringe of biomedical science into the mainstream. “According to the mind–body or biopsychosocial paradigm, which supercedes the older biomedical model, there is no real division between mind and body because of networks of communication that exist between the brain and neurological, endocrine and immune systems,” said Oakley Ray, Professor Emeritus of Psychology, Psychiatry and Pharmacology at Vanderbilt University (Nashville, TN, USA).

The author cited the driver for this mind-body revival was related to consumers’ growing acceptance and desire for integrative treatment prior to modern medicine’s desire to embrace it. However, as the interest (and investment) in “alternative” therapies continues to grow , an increasing number of  integrative trained physicians has emerged to fill in the gaps of continuity of care. This has led to more funding in research in clinical outcomes and researchers use of evidence-based terminology, merging the language of integrative and conventionally trained physicians:

Indeed, most scientists who became interested in this field said their efforts to investigate aspects of the mind–body connection were met with skepticism and even derision from the scientific mainstream. Esther Sternberg, a rheumatologist and now a Senior Investigator in Neuroscience at the NIH, had the same experience when she arrived at the NIH in 1980 and studied the strange case of a man who developed severe scleroderma—an autoimmune disease—after taking an experimental epilepsy drug, which raised serotonin levels. “I wanted to and did pursue the connection between the brain and the immune system in the 1980s with many experiments, but I was told not to, that it would ruin my career,” Sternberg said. “To be taken seriously I followed the typical scientific route; I didn’t talk about emotions and beliefs, but instead tried to connect findings in immunology to neuroscience, and focused on what neuropeptides change the brain.” Discussing how emotions might have an impact on the body was taboo, she said.

…Also helping mind–body research are improved methods to visualize communication between the central nervous system, and the immune and endocrine systems, said Sternberg.

How Did We Get Back Here?

The fact is, the origins of medicine started from nature and holism. Suppression of whole-body medicine and natural treatments really began with the Flexnor Report in 2010, which stated that in order to raise the level of medical education, only standardized education with a focus on purely evidence-based-science should be deemed true medicine. This meant that any “alternative” methods that did not fit into this new model of “truth”, despite years of traditional use and efficacy, was intolerable and would be disbanded.  The result of this report has medicine down a path to the current conventional healthcare approach, with results that are both truly inspiring and truly disappointing.
The Good, The Bad (Bedside), and the Medical Gaps

The inspiration of modern medicine comes with its scientific breakthroughs. The disappointment is based on its sad statistics of efficacy and dehumanization of the patient (google “bedside manner and outcomes”), with the later proving to be a critical, yet often missing, aspect of healing. As reported in the Yale Journal of Biology and Medicine:

There was maldevelopment in the structure of medical education in America in the aftermath of the Flexner Report. The profession’s infatuation with the hyper-rational world of German medicine created an excellence in science that was not balanced by a comparable excellence in clinical caring. Flexner’s corpus was all nerves without the life blood of caring. Osler’s warning that the ideals of medicine would change as “teacher and student chased each other down the fascinating road of research, forgetful of those wider interests to which a hospital must minister” [18] has proven prescient and wise. We have learned that scientific medicine must travel linked to a professional ethos of caring that has been in place in our oaths and aspirations. Cross-talk must occur between the two with a bi-directional bedside to bench dialogue. This creates the frisson that animates the quest for breakthroughs in a medical realm. The revisions in medical education that are now taking place are re-claiming the rightful eminence of the service component of medicine ― the centerpiece of the doctor-patient relationship. The Flexner model remains in place, the foundation of the magnificent edifice that is American medicine.

The “evidence” of the significance of the mind-body connection continues to be revealed, with research overflowing on how patients’ beliefs impact clinical outcomes. In fact, current trials are indicating that the placebo itself can be as effective as the treatment, and sometimes even more powerful than the medications. Furthermore, the relationship between physical decline and the 21st century “epidemic” of stress has also advanced understanding of this interdependence. The National Institute of Health (https://report.nih.gov/NIHfactsheets/ViewFactSheet.aspx?csid=102) states,

…And Soul of Medicine

More recently, spirituality and medicine has also gotten attention with several studies documenting the many benefits on physical health associated with religion, spirituality, and prayer.

The bottom line is that the body is connected to the mind and the soul. We cannot separate them. We are in exciting times where we can combine the advancement of scientific evidence with ancient wisdom. Maybe we needed a schism to appreciate them both more fully and see how they can work together…..

One area that I feel combines them all are essential oils. Since biblical and ancient times, essential oils and herbs have been a form of physical medicine and religious rituals.  Read more about spirituality and health and biblical essential oils here.

WebMD. ‘Placebo Effect’ May Be Common in Headache Treatment. http://www.webmd.com/migraines-headaches/news/20110523/placebo-effect-may-be-common-in_headache-treatment#1

Loewy EH. Ethics and Evidence-Based Medicine: Is There a Conflict? Medscape. http://www.medscape.com/viewarticle/559977_8