Visit Saratoga.com For Everything Saratoga
Enter Giveaways Advertise
Note: Saratoga.com is not responsible for posts and comments written by non-staff members.
Home  »  Healthy Thinking  »  The Unhealthy, Deadly Effects of Environmental Toxins on Humans 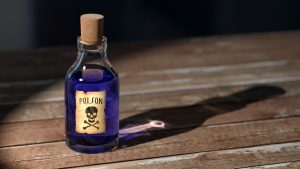 I just posted the top holistic and integrative health news for 2017. I gave a summary of why it is NOT the time to let our efforts for a safer and healthier world chill out with the oncoming bombardment of back to school and fall weather.

For those who want more data on the imperative nature of my plea, I’ve provided some of my research reviews this month below. Also, be sure to check out the Green Med Info announcement about the newly released Poison Papers I discussed on my homepage.

For those of you who have been convinced already and are ready for a break from the dirty, dreary, news, click here for the summary with my message of hope.

A Climate Change for the Worse

Currently, it is estimated that “Climate Change May Trigger 60,000 More Deaths by 2030” if we continue what we are doing.

This statistic was based on the use of several different models. Health Day states:

The projected deaths occur “under a scenario where no big policies are adopted to slow down climate change,” West said. “We’re just letting business as usual go forward, and climate change gets worse.”

For the study, West and his colleagues examined how increases in air pollution could affect people’s health in coming decade.

“We understand that today something like 2 to 4 million people likely die prematurely each year around the world due to exposure to outdoor air pollution,” West said. “It’s a big problem obviously in very polluted regions like China and India, but it’s also a problem in the United States.”

Rising heat also will increase windblown dust and smoke from wildfires, and prompt trees to pump out more organic air pollution, he added.

Air Pollution and Alzheimer’s in Children and Dogs

Another study that I read this month also linked the toxicity of our planet to the sickness of our population. This time, the association was between the combustion-derived nanoparticle pollution, found in Mexico City and brain changes in children and dogs. These alterations were putting both two-and-four-legged beings into an early trajectory for Alzheimer’s disease. The researchers provided some fascinating and detailed mechanisms of this association through thorough investigation, which you can skim through in the actual study linked above.

This month there was another Alzheimer’s-chemical connection made. This time it concerned our buggy friends! Remember how I wrote about recent evidence that the critters in our bellies can migrate up and create buggy brains? In this very small post-mortem study, researchers supported that different microbiomes exist the brains of Alzheimer’s patients vs. controls.

What does this have to do with chemicals?

Well, what we expose out belly bugs to will affect which ones thrive and survive. The study of the impact of chemicals on our microbiome is relatively sparse, but increasing. For example, there has been concern over the effects of triclosan on our microbiome and on how chemicals impact our soldiers’ brains and gut bugs. Furthermore, the food we eat, the lifestyle we lead, and the stress we encounter, are all also impactful factors on our gut bugs.

This means we do have power to “sway” our belly bugs back to health through our choices to avoid excess toxic exposure, and, using essential oils!

Wow, what a headline for the Centre for Research on Globalization (CRG), an independent research and non-profit media organization based in Montreal, to make! When I saw this, I thought, “Is this Sensationalism or a sensational weaving together of truth?” (Minus the hyperlink, of course.)

Well, here’s the summary, with the reports linked from the World Health Organization and the United Nations Human Rights Council!

Two new reports published in recent weeks add to the already large and convincing body of evidence, accumulated over more than half a century, that agricultural pesticides and other toxic chemicals are poisoning us.

Both reports issue scathing indictments of U.S. and global regulatory systems that collude with chemical companies to hide the truth from the public, while they fill their coffers with ill-gotten profits.

According to the World Health Organization, whose report focused on a range of environmental risks, the cost of a polluted environment adds up to the deaths of 1.7 million children every year.

A report by the Special Rapporteur on the right to food, presented to the United Nations Human Rights Council, focused more narrowly on agricultural chemicals. The UN report states unequivocally that the storyline perpetuated by companies like Monsanto—the one that says we need pesticides to feed the world—is a myth. And a catastrophic one at that.

The fact that both these reports made headlines, in mainstream outlets like the Washington Post and the Guardian, is on one hand, good news. On the other, it’s a sad and discouraging commentary on our inability to control corporate greed.

As I was waiting for my appointment, I dug a little deeper. Here’s what I found.

Mystery Meat II: The Industry Behind the Quiet Destruction of the American Heartland

So, in summary, the pollution is killing us, personal care products are poisoning us, and our food is destroying is…real upbeat huh?

Here’s a report from mightyearth.org, with the 52 references cited at the end:

What Americans may not know is that feed is the primary source of meat’s growing environmental impact. Demand for feed crops is driving widespread water contamination across the country, destroying America’s last native prairies, and releasing potent greenhouse gases.

For instance, when excess fertilizer and manure wash off fields that grow feed, they contaminate local drinking water and create toxic algae blooms that cause vast Dead Zones that are toxic to aquatic life in the Gulf of Mexico, Chesapeake Bay, and Great Lakes. As demand for meat grows, America’s last native grassland prairies are being destroyed to make room for new industrial fields that exacerbate water pollution across the Heartland and take a heavy toll on the climate.

“We often miss opportunity because it’s dressed in overalls and looks like work”
– Thomas A. Edison

Click here to read why Obi-Wan is not needed yet and we are our own force for change!