Visit Saratoga.com For Everything Saratoga
Enter Giveaways Advertise
Note: Saratoga.com is not responsible for posts and comments written by non-staff members.
Home  »  sports  »  Checkmate! Coming to Town this Weekend…

SARATOGA SPRINGS – These folks won’t be board – ouch! 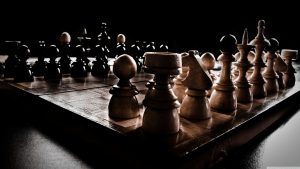 About 1,100 young chess players- from Kindergarten to 12th Grade, will participate in NYSSC this year. It is fitting that the Golden Edition may very well be the largest chess tournament rated by the USCF ever held in upstate New York! The tournament is being held this coming weekend, March 11-12.

To accommodate such a large number of players, the tournament is actually being run in two separate locations. Most of the games will be played at the Saratoga Springs City Center, except the High School sections are playing at the Courtyard Marriott. The games are scheduled to start on Saturday at 11 am, 2 pm and 5 pm, and on Sunday at 9 am, noon and 3 pm. The Awards Ceremonies are scheduled to start about 5:30 pm on Sunday.

The High School Championship and High School Reserve Sections will be played in the Excelsior Springs Ballroom, next to the Courtyard by Marriott Hotel. The Courtyard and the Excelsior Springs Ballroom are about a ten minute walk north of the Hilton along Excelsior Avenue. At 9:30 am Sunday March 12, there will also have a New York State Chess Association Open House and Tournament Feedback Forum. Here you can learn about NYSCA, a 501(c)3 organization and America’s oldest State Chess Association, and its efforts to promote and support Chess in New York State. 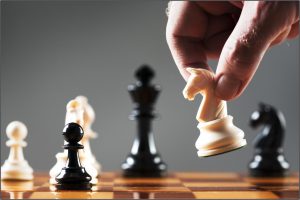