The Stadium was packed on a blustery, mixed precip day… yet, the line for Mr. Oakley’s autograph and or photo op frequently stretched out the door during his two-hour afternoon visit: 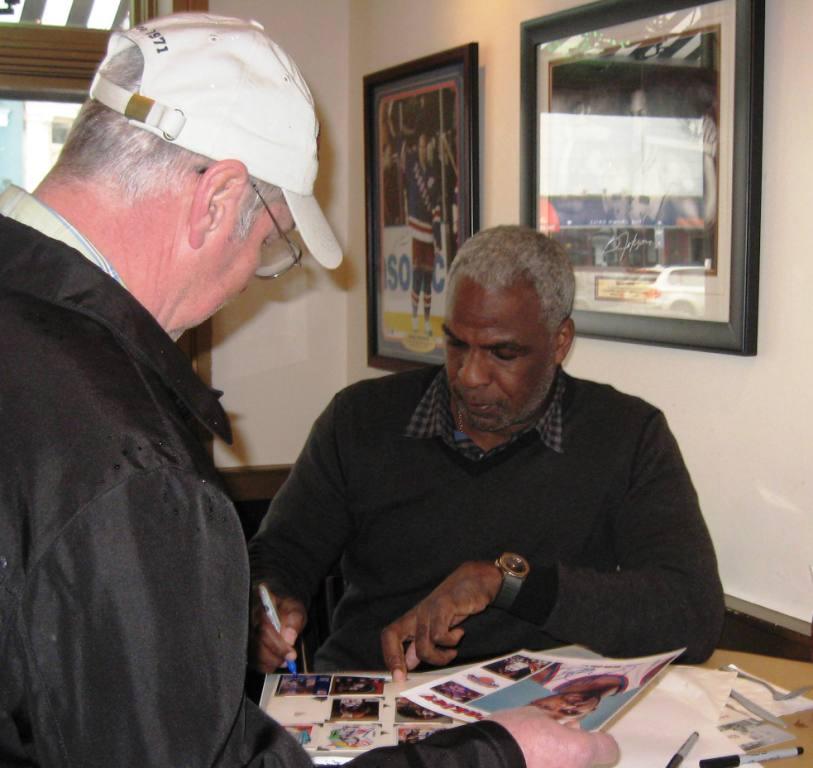 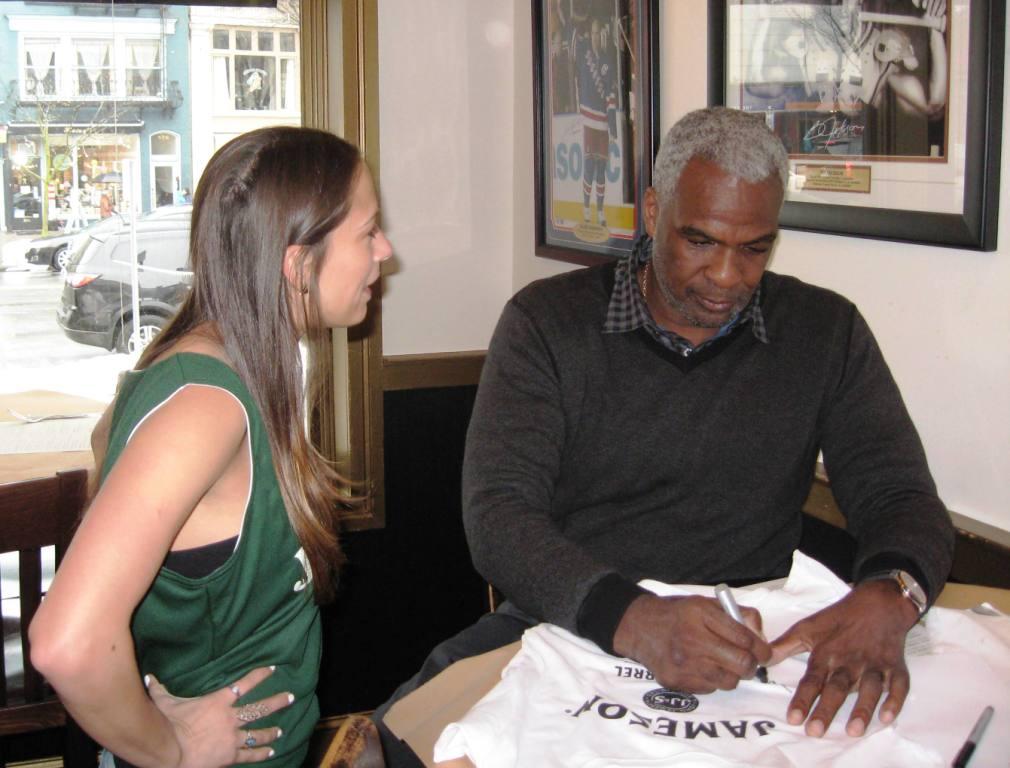 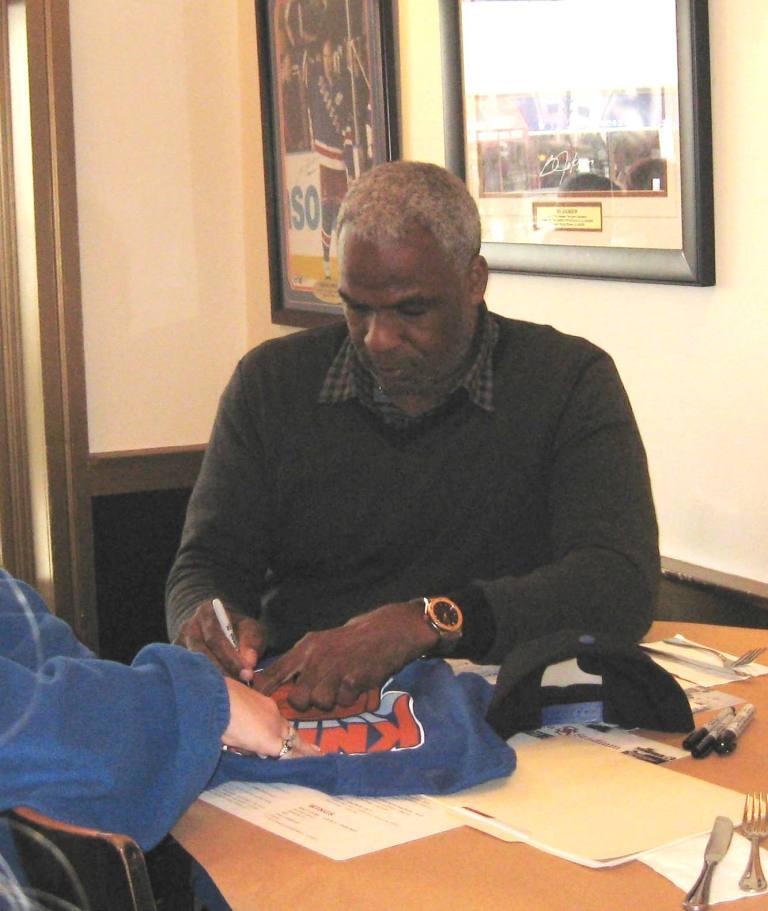 Because of the amount of fans waiting to see their hero, I was happy to get in for a quick visit. I just asked a couple of questions so his public could get to spend time with him as well.

AG: In your great career (from 1985-2004), you had a chance to play with the greatest NBA players of the era, if not all-time. Who would be in your dream team lineup (you at Power Forward, of course)?
CO: “Tough, because like you said, the quality was so strong…. Let me see – well, Michael (Jordan) at the point; I guess we’ll have Patrick (Ewing) at Center; Vince (Carter) at Shooting Guard, and then Scottie (Pippen) at Small Forward; and me. Pretty good team.”

AG: Who, if anyone, epitomizes your style in today’s NBA?
CO: “Really, I don’t see anybody like me, like Dennis (Rodman) or Ben Wallace… guys who do the diving for loose balls, offensive rebounding, all those things you need to win but don’t show up in the highlights. No, sorry – no one.”

AG: OK, final question. I appoint you NBA Commissioner for a day, and you get to change one rule…
CO: “I’d end the one and done in college… There’s only a few LeBron’s and you can make exceptions for them… This is why we don’t have players that are seasoned – that understand the fundamentals – that rebounding, loose balls and smart play are as important to championship play as slam dunking and scoring. The place to learn these things is in college – before you get to the NBA”


****************
A couple of things occur to me:
1- Kudos to the Saratoga Stadium for doing these meet and greets. Charles Oakley was their third: Previous athletes who visited were NBA star Larry Johnson and the NFL’s Plaxico Burris, whom I was fortunate to do a long, exclusive interview with (see:My Post HERE). These are obviously popular, so here’s hoping they will continue.
2- The whole MSG thing: All I have to say is: If they don’t want Charles Oakley, they are telling me that they don’t want me! Which way to Brooklyn – hold the MSG!