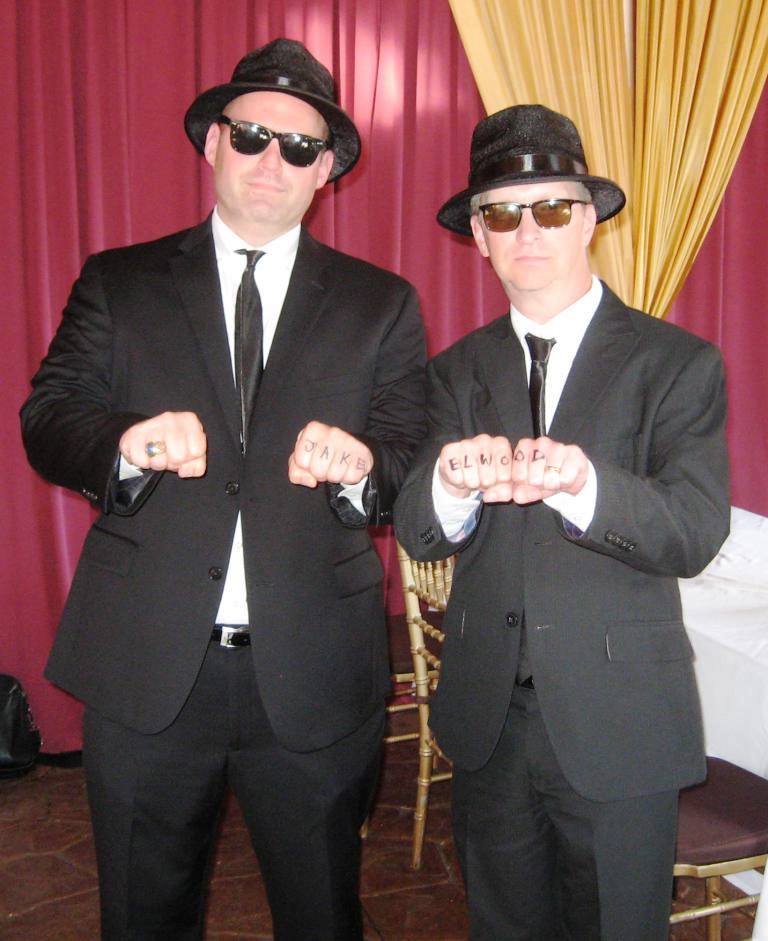 SARATOGA SPRINGS – Long ago, in a galaxy far, far away...


PROLOGUE: My full mission can now be revealed.

Jedi intelligence had determined that the chameleon-like Lando Calrissian. whose loyalty had always been questionable throughout the Star Wars series (refer to your geek friends if I am already losing you) was in fact, a major disciple of the dark side – capable of beguiling humans with various ingratiating personas, such as ‘Billy Dee Williams.’

Last year, I was forced to watch in horror last year as Lando, as Billy Dee, seized the minds of the genteel, unsuspecting Todd Shimkus and Michael Billok – actually convincing them that Colt 45 tasted good, and sealed their loyalty further by having them make a dubious remake of a dumb, sexist commercial – and then turn around and convince their friends that this was actually cool stuff!

I did what I could to warn the public, but to no avail. The true strength of Lando’s power came to bear at last year’s Finest Fillies and Some Colts event, where he obviously seized control of the wheel, and had it land on Billok/Shimkus’ number so many consecutive times that if this was a horse race, the judges would have the INQUIRY sign long up before the end! Like a true sportsman, I congratulated Michael and Todd, glared at ‘Billy Dee’s’ cut-out, and retreated to re-mobilize and battle another day.


I arrived for my mission at Sperry’s (30 1/2 Caroline Street – see their website) on Tuesday, July 11, fully briefed. There I saw the full extent of Lando’s treachery.

This year, in advance of the Sixth Annual Finest Fillies and Some Colts event, at Vapor next Wednesday, July 19, to benefit Jake’s Help From Heaven (JHFH – see JakesHelpFromHeaven.org), Lando had revealed his true intent: to use Elwood and Jake to convince everyone that a world of black and white, with no color (except maybe some ‘blues’), no smiles, no happiness shall be the way of the world.

Truly, this was the dark side, ladies and gents. And I would need all the powers at my disposal to prevent this. My mission was to break the spell, which could be done in only one way:

Jake and Elwood must smile.

A daunting task, but I had help, as you shall see…

Meanwhile, the boys were doing Lando’s bidding – posing with the visitors, but subtly trying to turn them to the dark side. 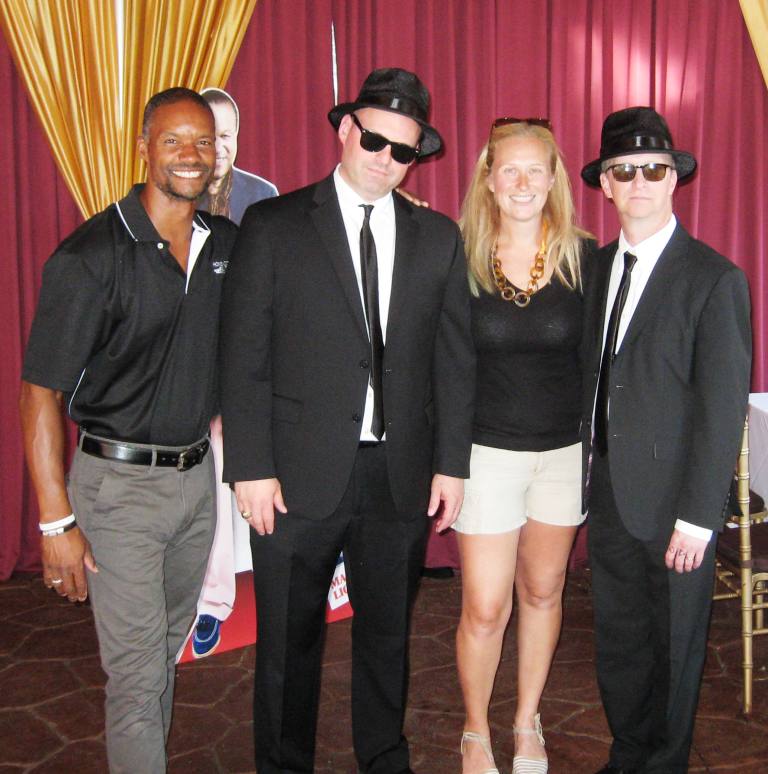 Meanwhile, a crowd was gathering on Sperry’s beautiful patio to watch this year’s ‘performance.’ 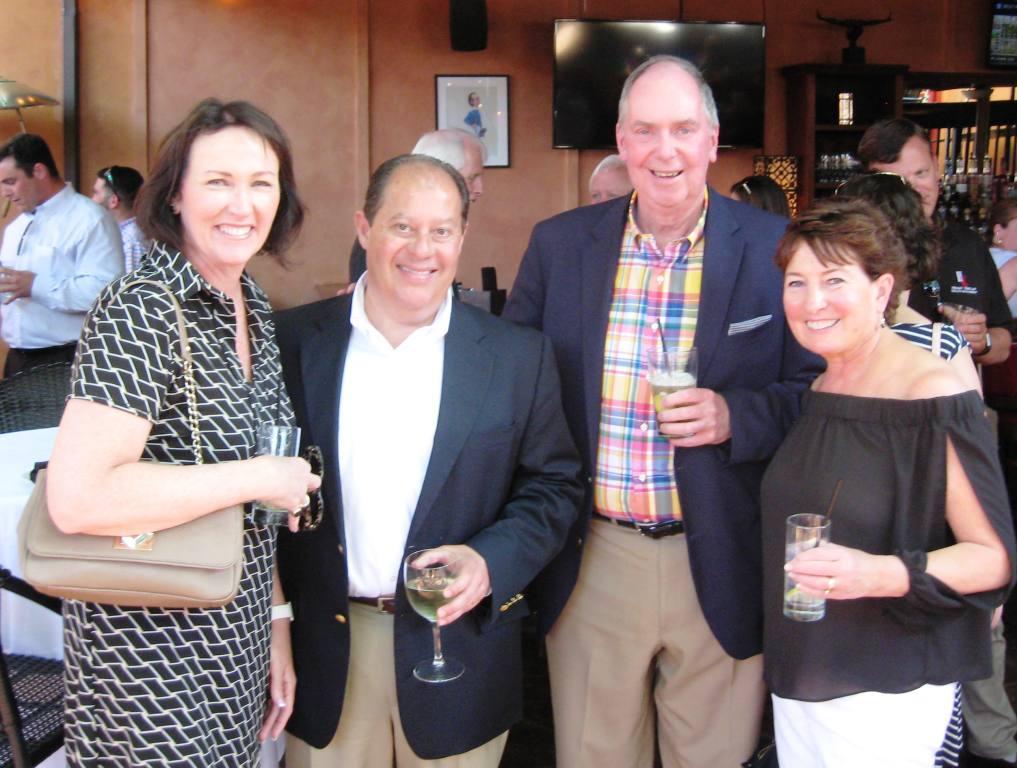 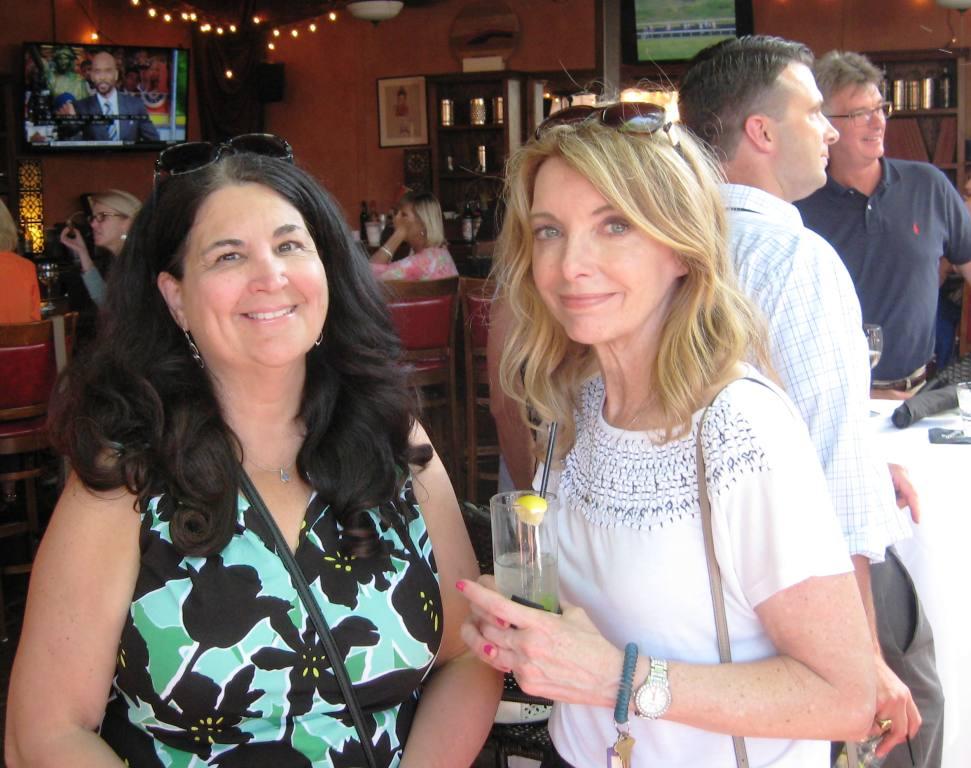 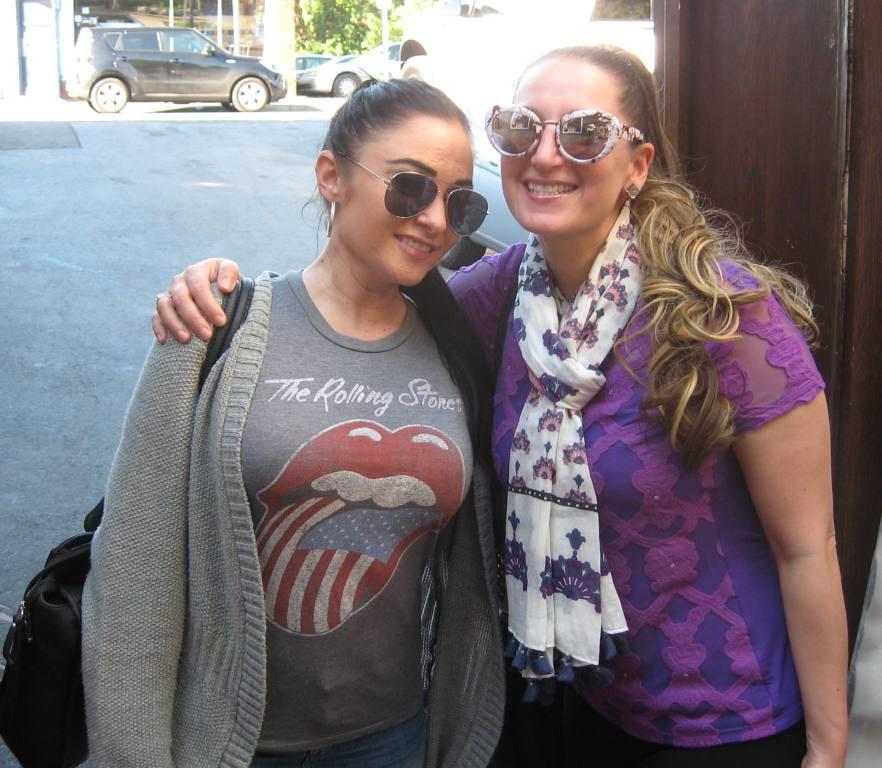 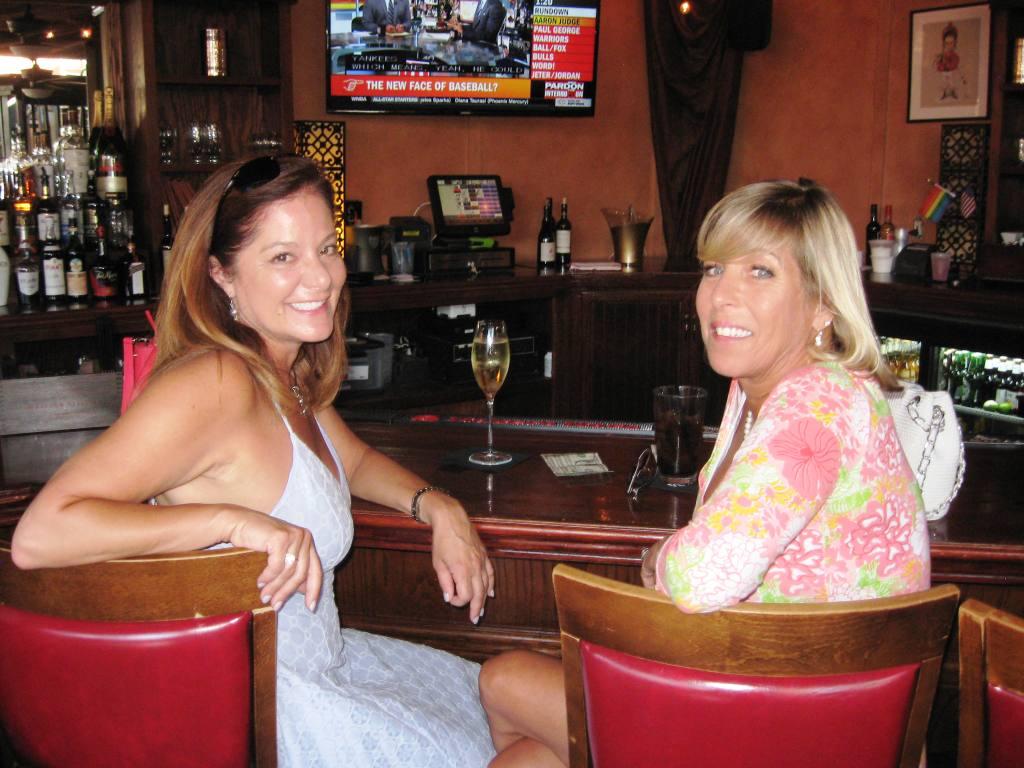 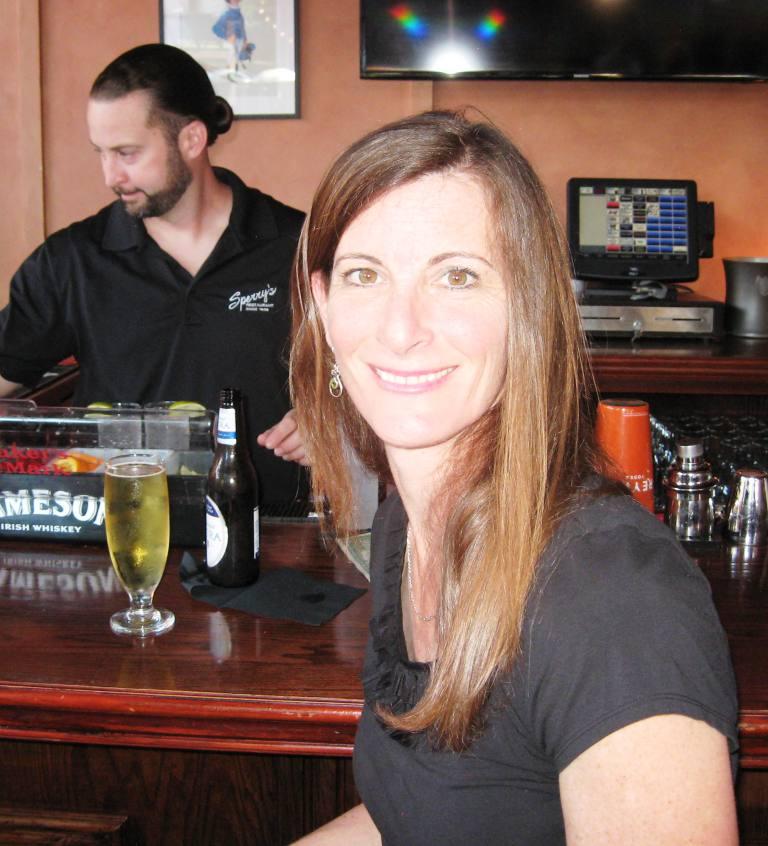 These were valued friends, colleagues and very nice people. They deserved better than to be dragged into the dark side. Further, advance intel determined that this show had the potential to be very good and quite ingratiating! 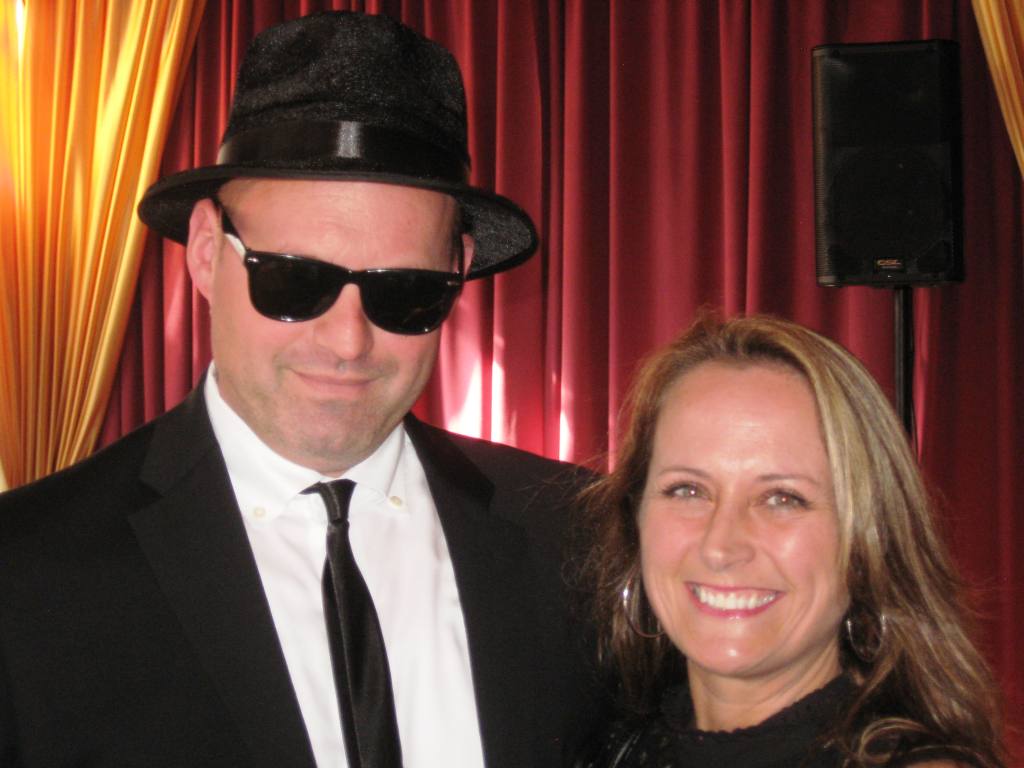 “I was wondering if you would be here!” Agent Tricia said to me. She was playing her role perfectly.

She had a perfect track record of making Jake smile, and I sent her in, ready to record this. And it was working – a smirk was forming on Jake’s face – surely he would be powerless against Tricia’s timeless beauty, and I would soon see pearly whites…. but then, over my shoulder – I could feel a gust of wind, (which later was determined to be a throat-slashing motion by Elwood). I heard Jake say to Agent Tricia, with clenched teeth: “….Must. Not. Smile.”

Mindful that Lando had probably instructed Jake and Elwood that, should they feel a smile coming on during their show, to turn away from me – I deployed my friend – agent MJ – and her iPhone at the complete opposite end of the room (that’s her at right). No smile would escape our triangulation. Now onto the show! 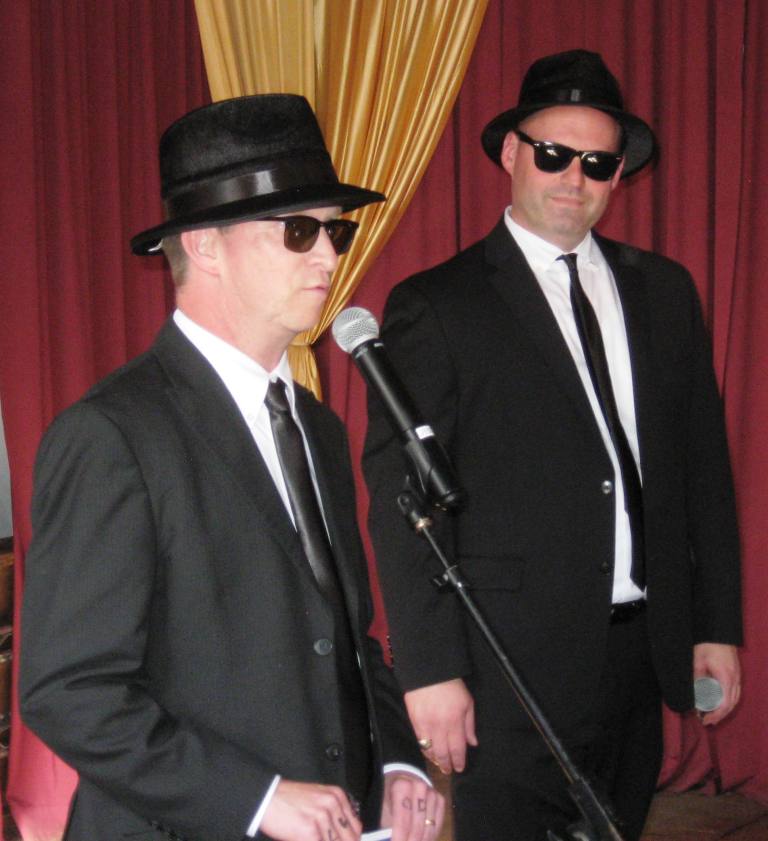 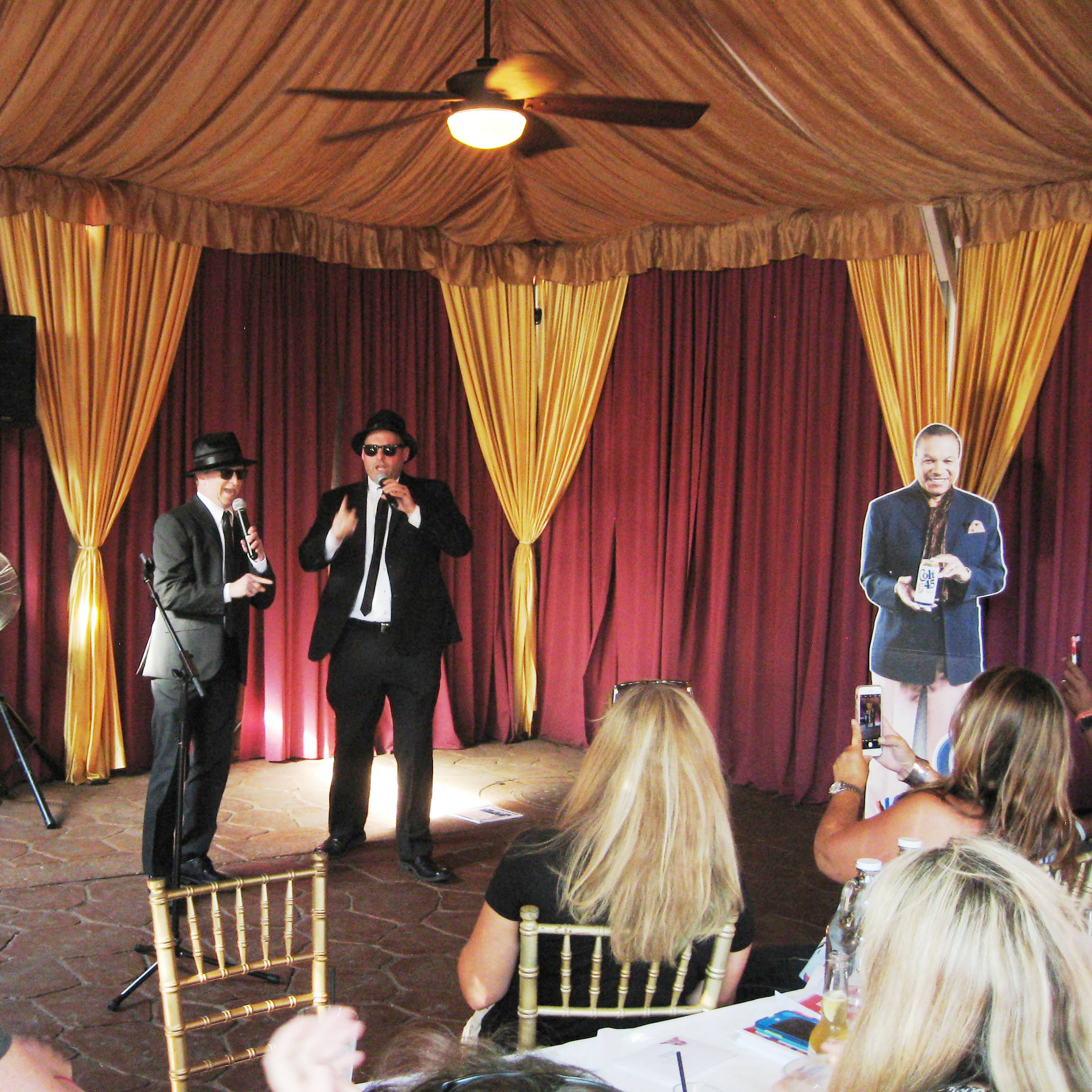 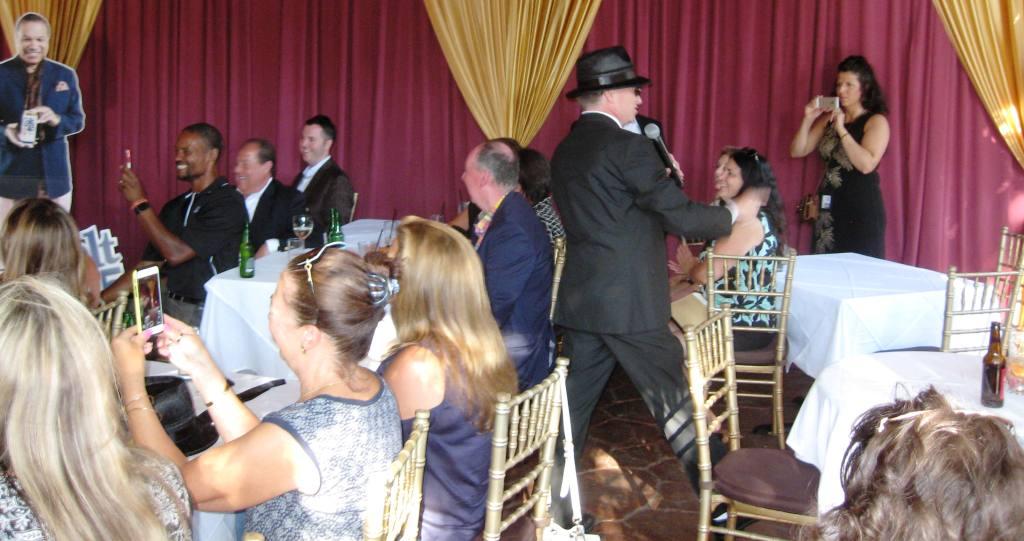 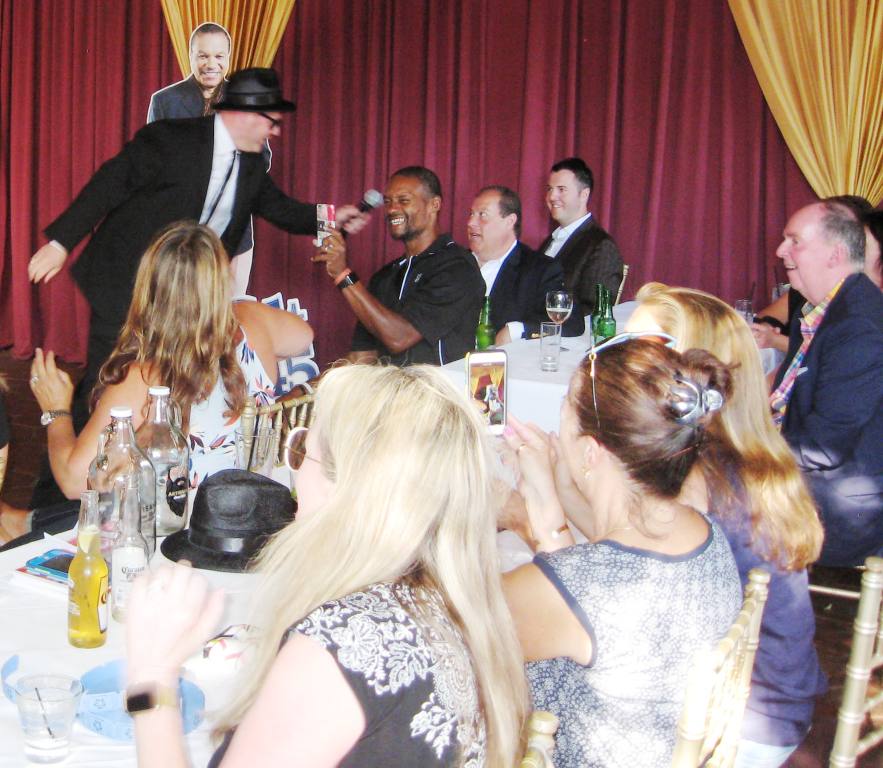 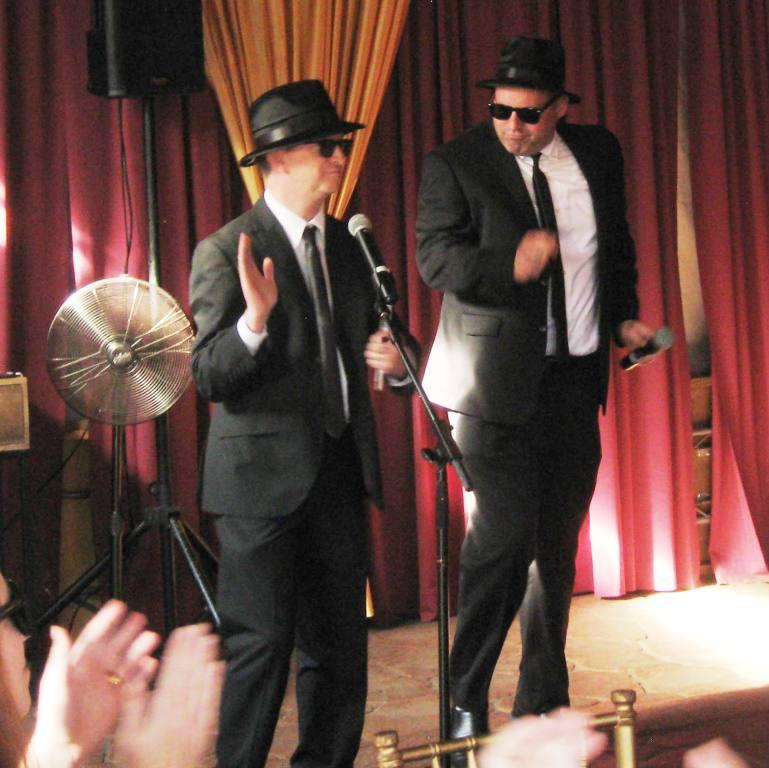 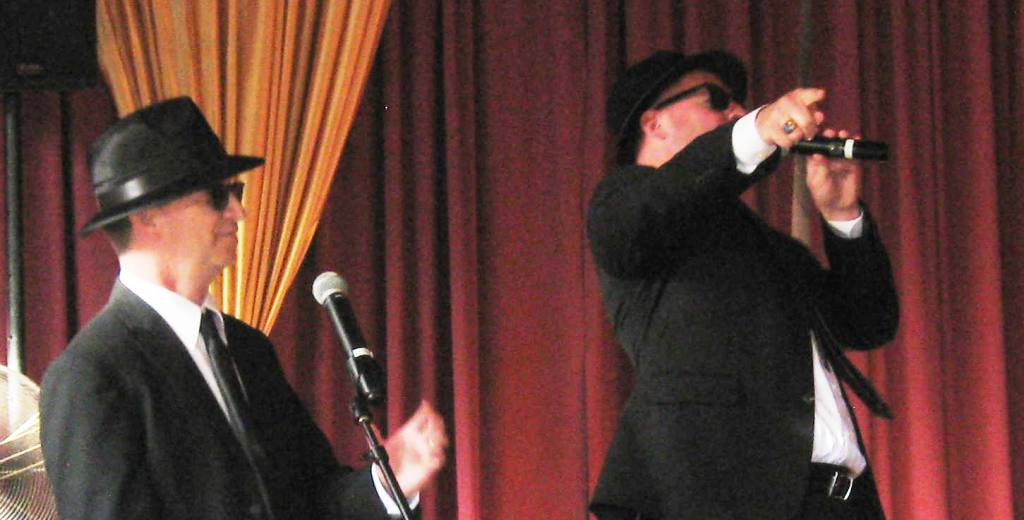 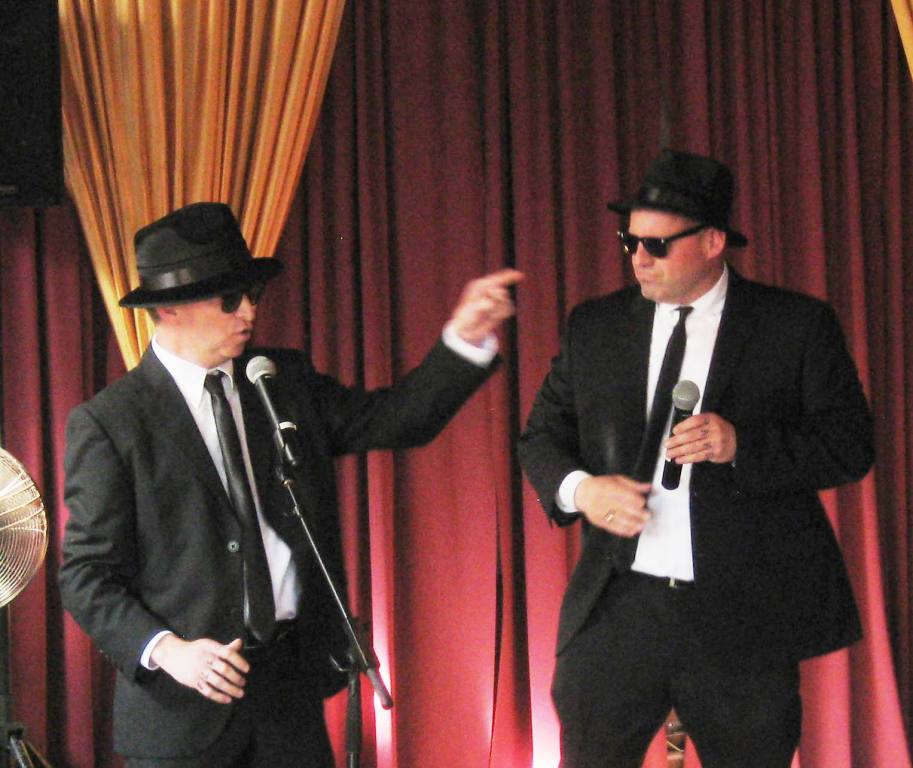 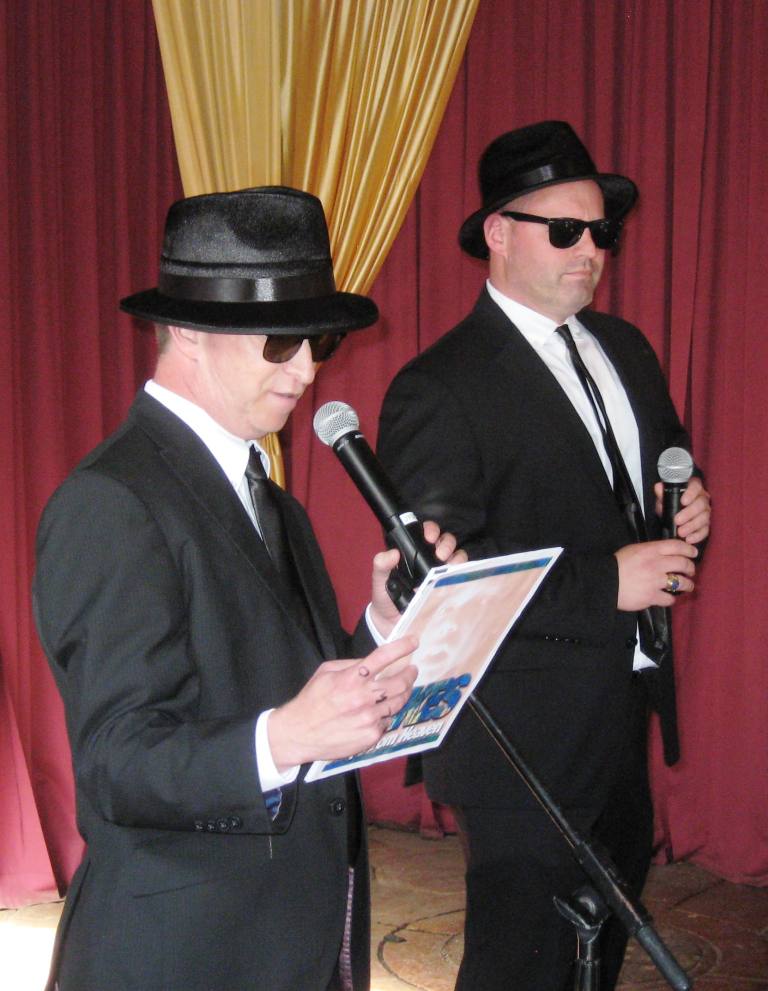 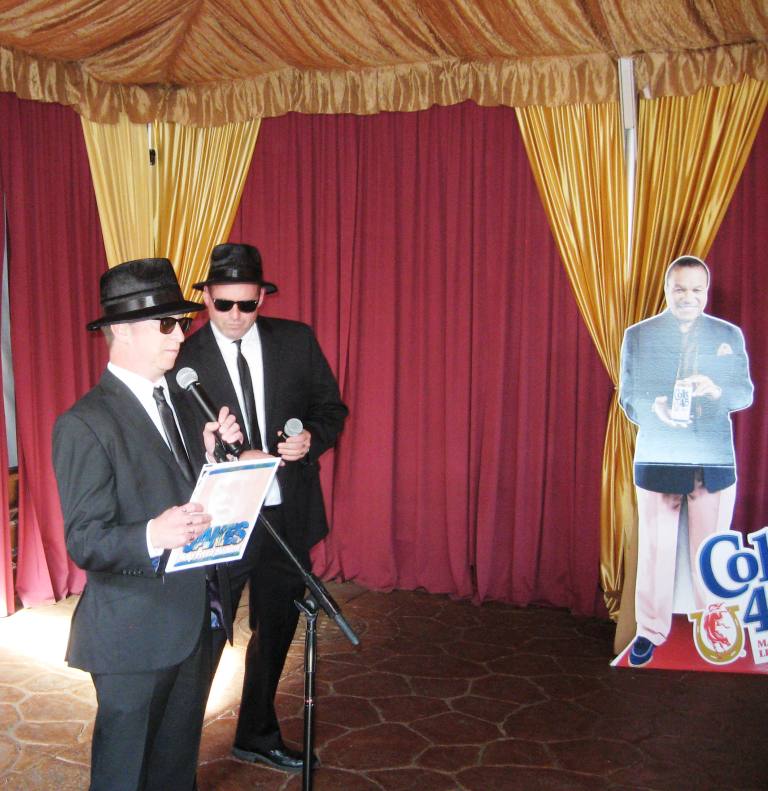 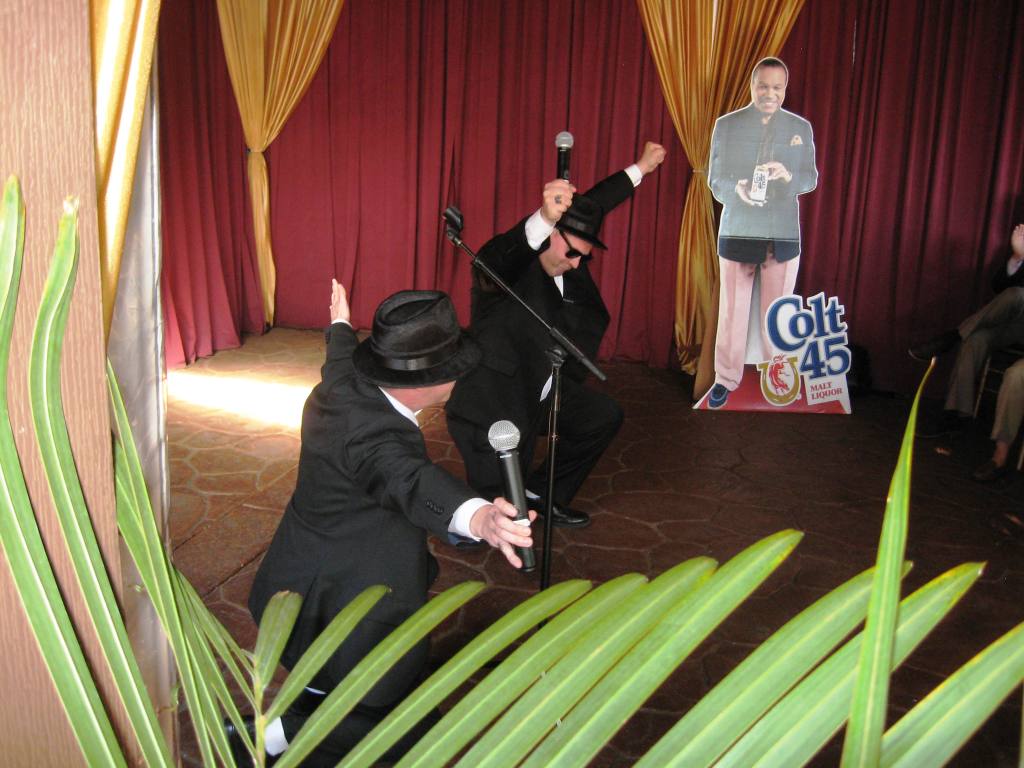 Lando had trained his minions well. The show was actually quite good, well-timed and choreographed excellently. I looked across at MJ – who sadly shook her head. No smiles.

People were falling under Lando’s spell – again! Voting heavily for Jake and Elwood… 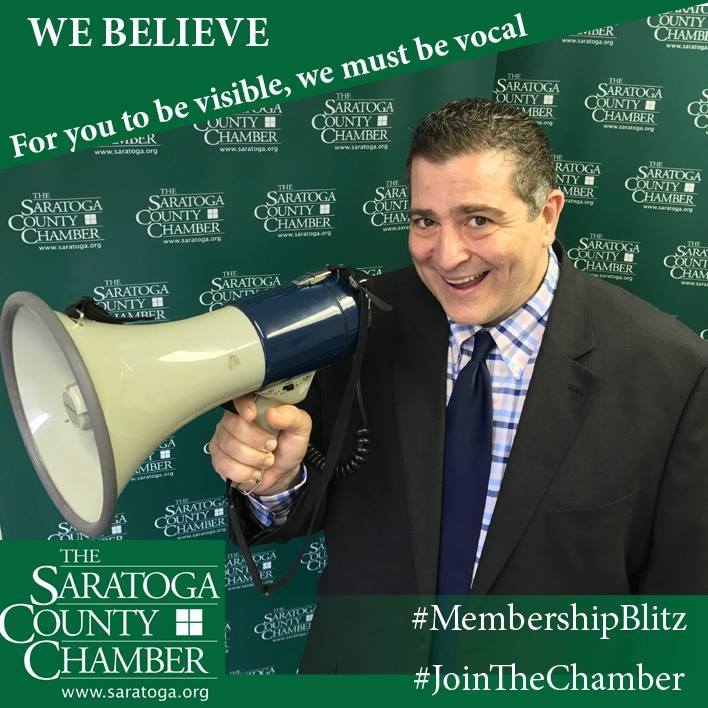 Jedi warrior Richie Snyder and I had served on many missions previously, and his bravery in making the world a healthier, fun place is the stuff of legends. He was embedded in the Saratoga County Chamber of Commerce, working with Elwood, a short while ago. When Elwood, post-performance, said that he needed a beer – I knew it was time to activate my last hope… 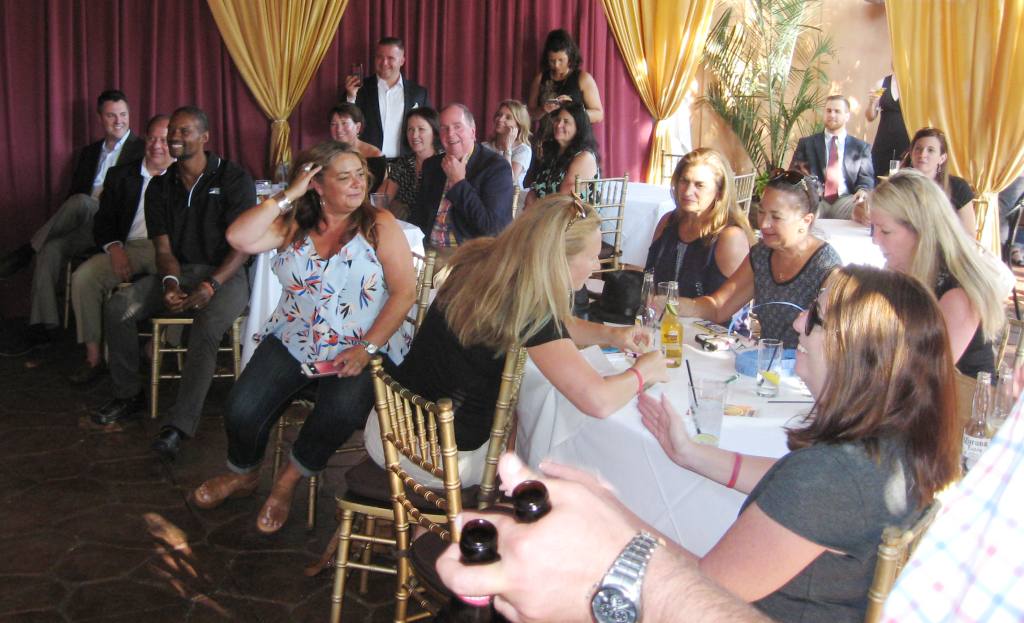 That’s Richie’s hand in the foreground. I followed him as he delivered the beverages, and snapped away… 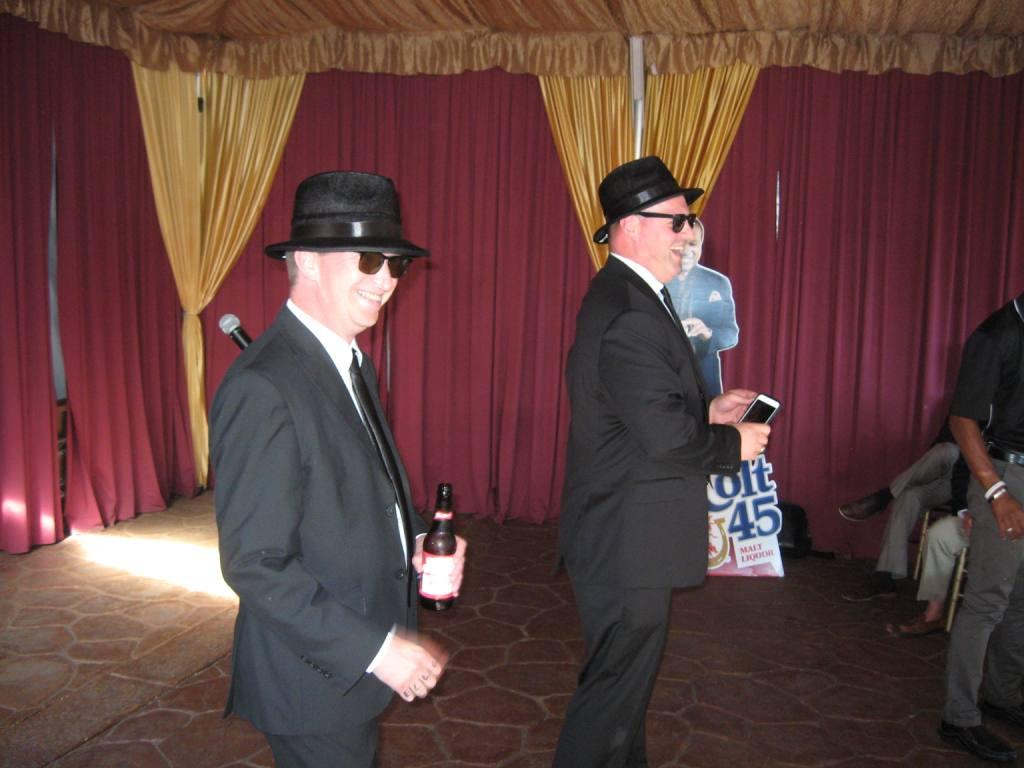 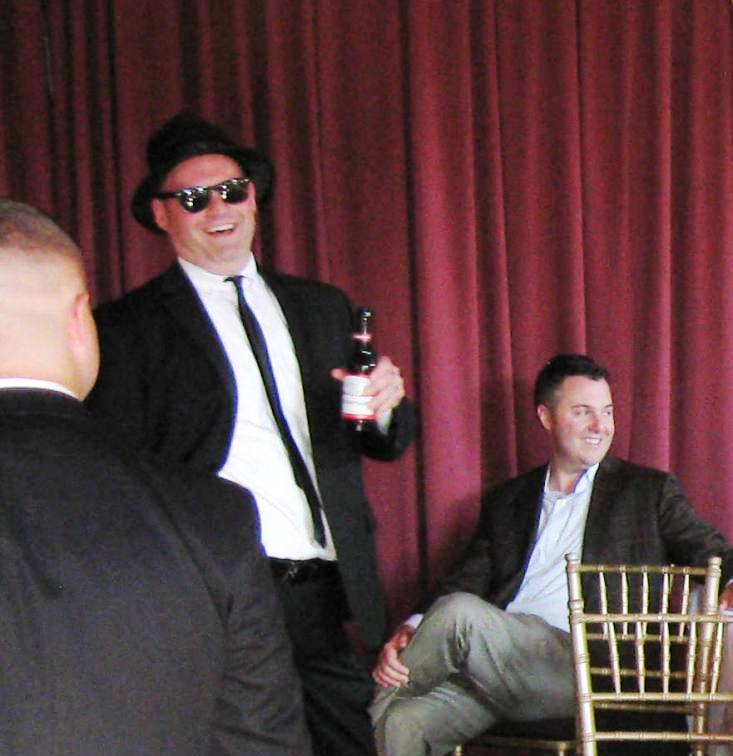 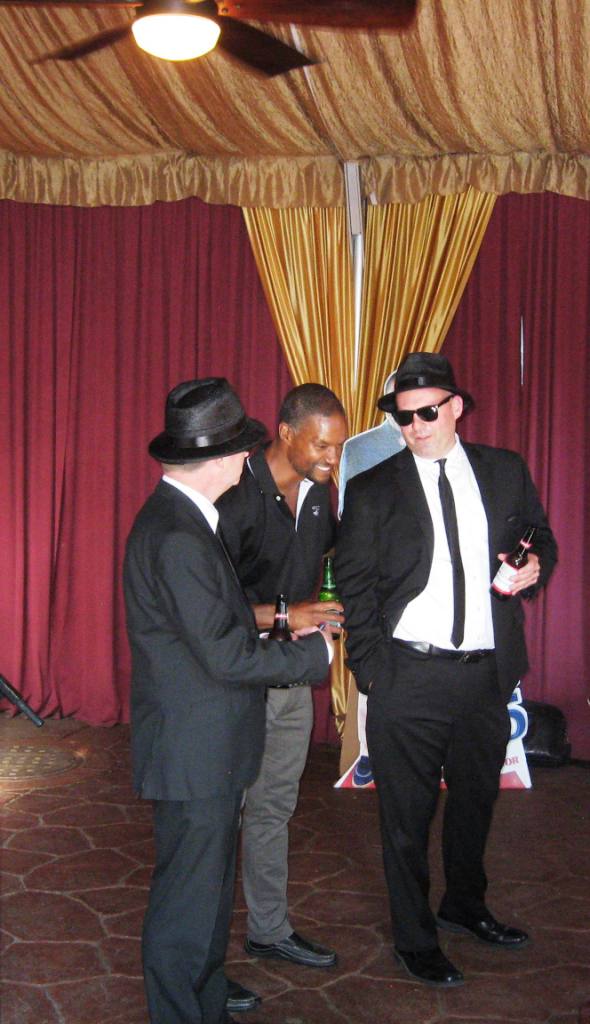 Smiles all around…. Mission accomplished! The spell was broken, and an important lesson was re-affirmed: 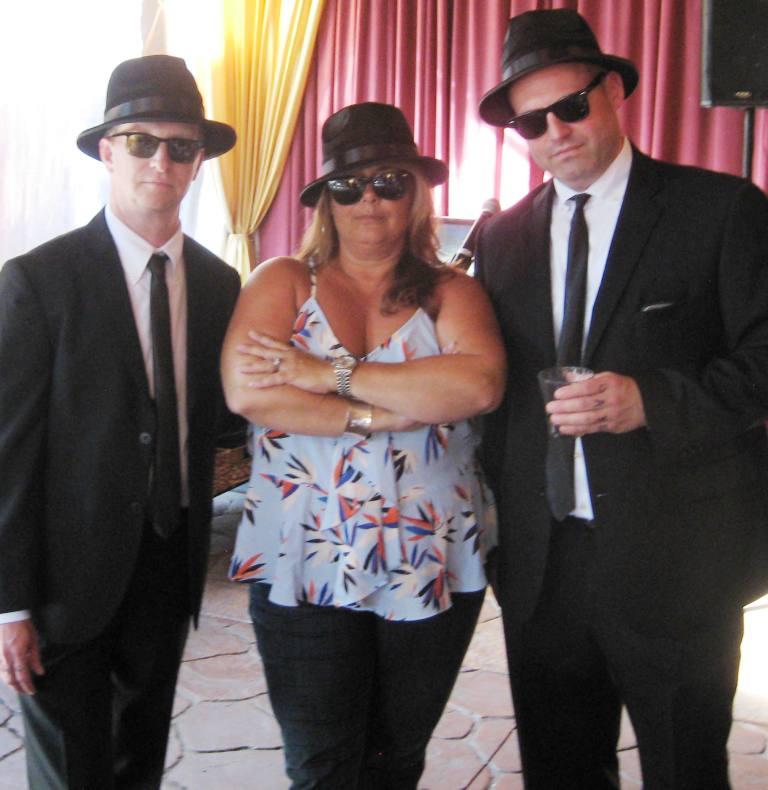 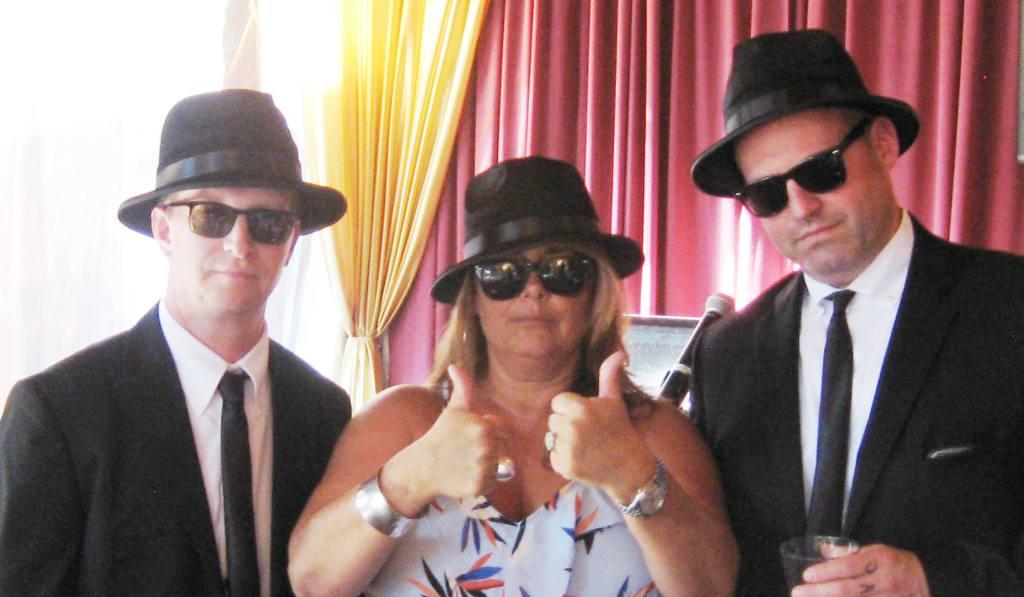 Poor Beth Alexander… her love of hats and cool shades perhaps doomed her from the start… but she’s a fighter, and we expect she will recover nicely in time to defend her money crown and give a good showing from post position 1 on July 19.

And then, as I surveyed the Sperry’s landscape as things were winding down – I could not help but gasp… 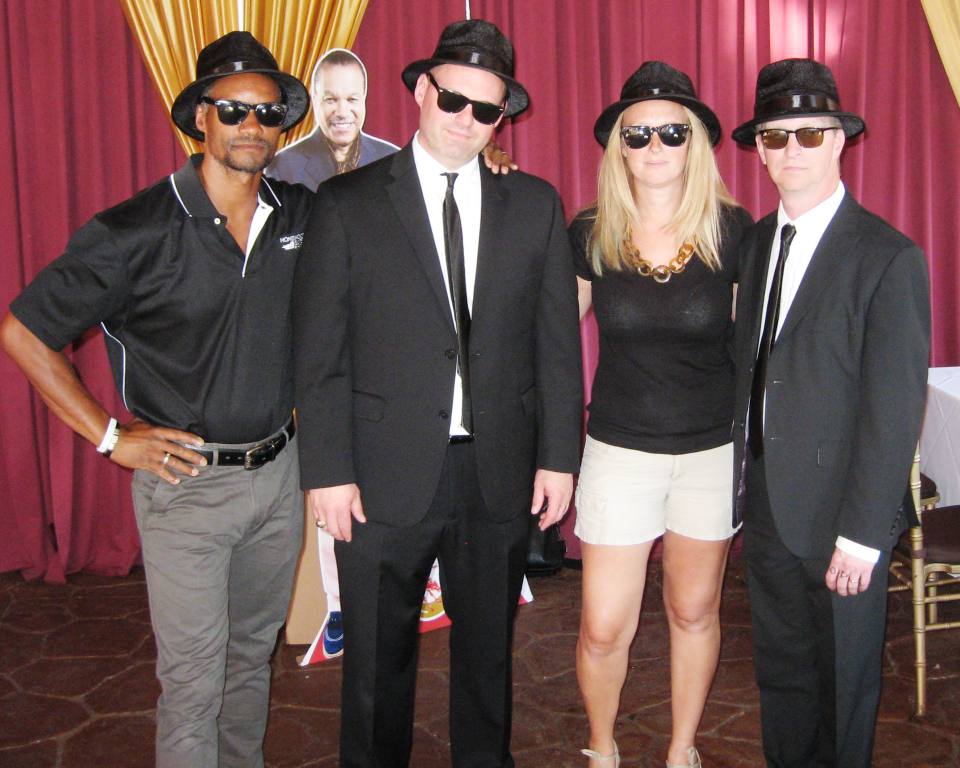 Oh no!
Brian and Heather down! Will Brian recover his winning smile by July 19? Will Heather be able to Vanna it up?

There’s only one way to be sure: Check it out with your own eyes, and attend The Sixth Annual Finest Fillies and Some Colts, benefitting Jake’s Help From Heaven, on July 19 at Vapor.
One thing I can assure you – it will be epic!
Arthur Gonick
July 14, 2017 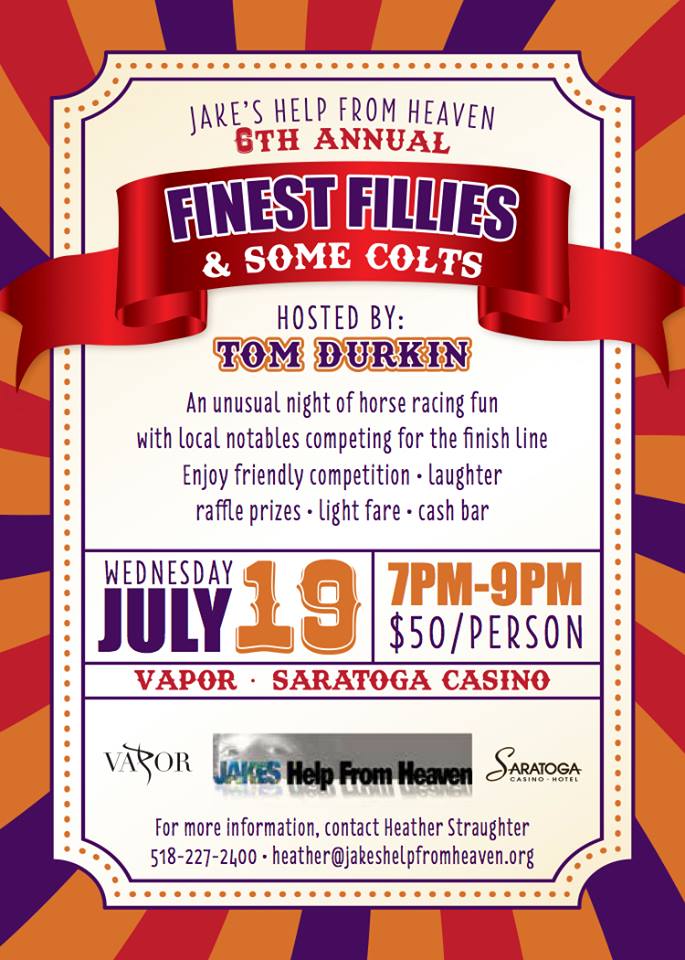