SARATOGA SPRINGS – Saratoga Casino Hotel celebrated ‘Giving Tuesday’ by donating $110,000 to eleven Capital Region non-profit organizations during their ‘Make A Difference’ holiday luncheon. Representatives from each organization were on hand to receive their $10,000 donations. The event took place in Vapor Tuesday afternoon and was hosted by WNYT’s Benita Zahn.

The following organizations each received $10,000 from Saratoga Casino Hotel:

“We couldn’t think of a better way to commemorate a national day of giving than recognizing these 11 fine organizations in our community,” said Skip Carlson, Vice President of External Affairs at Saratoga Casino Hotel. “The work these groups do in our community is commendable, and we’re happy to provide them with some assistance as we enter the holiday season.”

Saratoga Casino first began their ‘Make A Difference’ initiative in 2004 as a way to honor and provide meaningful funding to local non-profit organizations. Since the program’s inception, Saratoga Casino Hotel has donated a total of over $1.2 Million Dollars to different charitable groups.

“We’re incredibly thankful to be the beneficiaries of this generosity from Saratoga Casino Hotel,” said Jeff Yule, Executive Director of the Ronald McDonald House Charities of the Capital Region. “This funding will go a long way in allowing us to continue our mission of serving local families during times of need.” 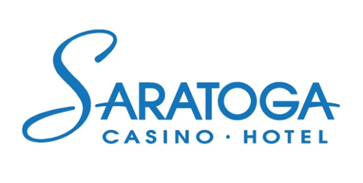