TROY – When Larry Schepici moved to Troy from Boston ten years ago, one of the first things he did was hop in his car and check out the farms in his new neighborhood.

“Where I come from, I was used to dealing with farmers,” said the long-time chef. “It’s just part of the restaurant scene in Boston.” 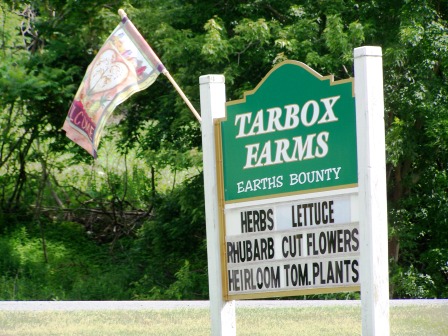 On a rural stretch of Route 7, Schepici encountered Joanne Tarbox and Bob Haber, who both run family farms.

The first encounter that Tarbox had with Chef Larry was when he stopped by her farm stand, looking for Swiss Chard. “I handed him a bunch with large rumpled leaves, and he said, ‘No, I want it this big,’ holding his hands about five inches apart.” she said. “I found some baby Swiss Chard for him, and he’s been buying from me ever since.” Tarbox Farm now dedicates about eighty percent of its production to Schepici’s restaurants. 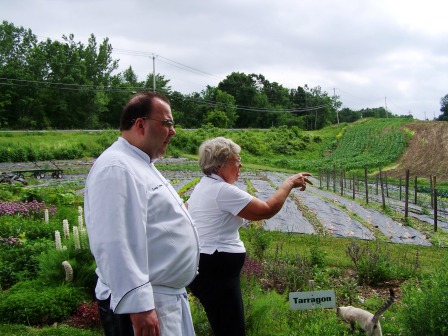 Bob Haber still remembers the day Schepici showed up and asked for a walking tour of his farm.

“By the time I showed him some of the bizarre things I was growing (such as the fuzzless Arctic Kiwi from Siberia), Larry was ecstatic,” recalled Haber. The exoticness and the unforgettably sweet flavor of the fruit was just the caliber of ingredient he was looking to gild the menu of Tosca at 200 Broadway. 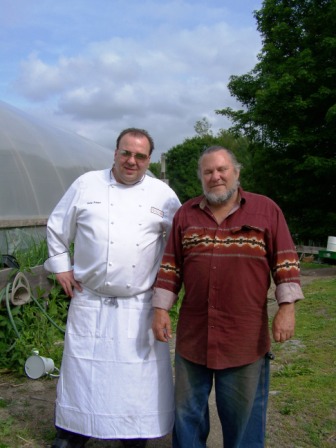 “He asked me if I’d custom-grow produce for him,” recalled Haber, whose family farm dates back to the 1700s. “Back then I didn’t know what that meant.”

The two began poring over seed catalogs and selecting items to star on Tosca’s menu for the following year – something that has become a tradition for Schepici each winter. Some of his custom-grown favorites include baby yellow carrots, candy-striped beets, and purple asparagus. 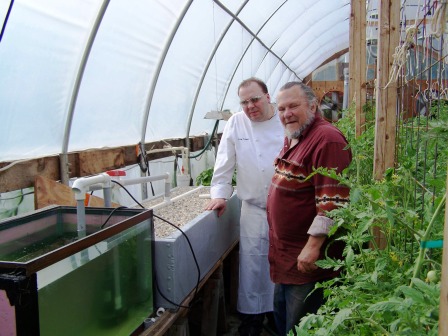 For years, Tosca has been a perennial award winner for its innovative menu and commitment to using local organic food. Now, Schepici has taken his ardor for local food a step further by implementing a chef demonstration pavilion at the Troy Farmers Market on Saturdays.

The event is designed to promote various uses of local produce in step-by-step instructionals from area chefs.

“We’ll be focusing on products that don’t get used as much, like rutabaga, white radishes, kohlrabi, and celeriac,” said Schepici.

The chef demonstrations will be year round and include seating so shoppers can sit and watch. “It’s almost like we’re on stage,” said Schepici. “It’s a lot of fun, and it helps promote the products and the chefs.”

Chef Larry isn’t stopping with the demonstrations. He plans to trumpet local farms at the market’s Sept. 20 Chowderfest. “It will be the only chowder fest in the country where participating chefs are required to use local ingredients,” explained Schepici. “There are a lot of things you an put in clam chowder besides celery and corn.”

“If it wasn’t for Larry urging us to grow new things, we probably wouldn’t,” said Habor. “We grow squash blossoms for him to stuff with cheeses. He secures the top and deep-fries them…I hear they’re excellent. This year we’re growing popcorn shoots for him. He requested yellow so they come out sweeter, so we’ll have to grow them without any light whatsoever.” 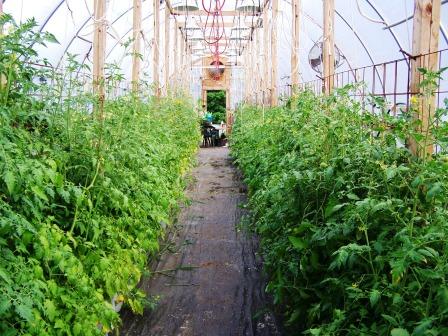 “When a waiter goes to a table and tells customers about elk tenderloin from Creek’s Edge Elk Farm near Canajoharie, and fresh ricotta from Dancing Ewe Farm in Granville, they love it. People want to support local farms. It’s not a hard sell.

“I change the menu with each season based on what’s available. Sometimes a crop doesn’t work out for one reason or another, and everything is contingent upon weather. Great chefs have to be adaptable and able to change their menu on a whim.”

Schepici said that in the last decade he has seen support grow exponentially for Albany-area farmers.

“People are getting smarter and want healthier food that doesn’t travel on a plane or truck, or sit in a warehouse…and they don’t want the pesticide and growth hormones. Troy just opened two new farmers markets: there’s a mini farmers market at the monument from 10 a.m. to 3 p.m. Wednesdays and 10 a.m. to 2 p.m. Saturdays; and from 3 to 6 p.m. Wednesdays in Little Italy.”

One improvement Chef Larry would like to see is more accessible delivery from farm to restaurant.

“I’m lucky because I have two farms near my house,” he said. “If there was a way to implement a low-cost delivery system for farmers and restaurants, that would make local food more widely available.” 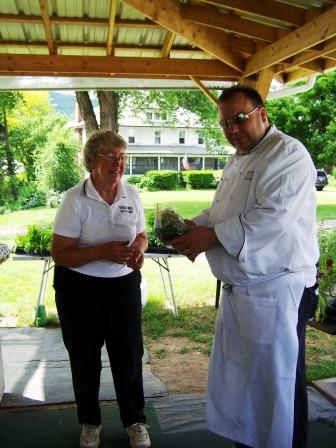 It seems that Schepici’s ideas for propagating local food keep churning. He recently opened Tosca, Etc. next to his restaurant, which offers fresh, organic meals to go for $15 and under. He has rented nearby space to renowned baker Chris Snye of The Placid Baker in Westport who will bake and sell organic breads.

“It’s not enough to yield much of a supply, but we do use them on the menu,” said Schepici. “And it shows we’re walking the walk.”

But when it comes to the beauty of local food, the chef doesn’t mind doing a bit of talking. “Our Caesar salad is made with Baby Romaine from Littlefield Farms in Argyle, which specializes in lettuce. Then we do a salad with baby red and green romaine, wrapped in long cucumber slices, stand them tall on plate like a little bouquet, and mist with a three-citrus vinaigrette. Such nice greens you don’t want to smother with balsamic. Simplicity is beauty.” 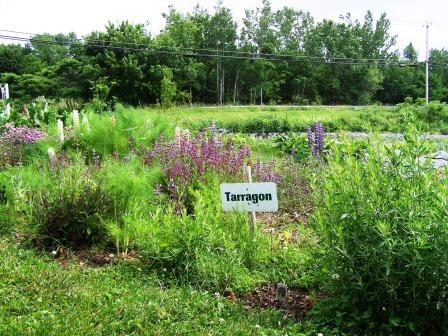