Visit Saratoga.com For Everything Saratoga
Enter Giveaways Advertise
Note: Saratoga.com is not responsible for posts and comments written by non-staff members.
Home  »  Uncategorized  »  2014: My Year in Favorite Saratoga Photos… Happy New Year! I hope everyone had a wonderful, memorable celebration last night…whether you went out or stayed in…I hope it was it was happy.

I thought, since I am coming up on the one year anniversary of my move to Saratoga and since it is New Year’s Day, that I would share some of my favorite photos from around the area over the past 12 months.

I will post them chronologically as the year progressed. This is only a tiny portion of all the pictures I have taken but, for one reason or another, these have become my favorites. We live in such a beautiful, historic, exciting area and there was always something that could be photographed and added to my albums. Again, these are just some of my favorites.

An early Saturday morning in late March when I was out for a jog downtown: 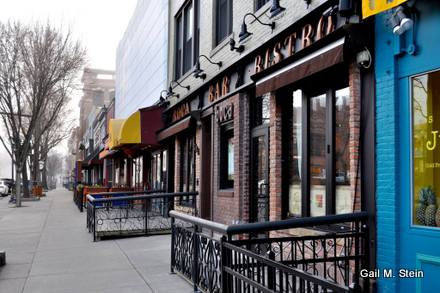 This was in April when the weather was finally beginning to get a little bit nicer, and I spent the morning at the State Park: Finally, it got warm out!! This was on a gorgeous Sunday afternoon at the Avenue of the Pines when I was out walking my dog. I remember this day as being filled with people, baby strollers, joggers, dogs, and frisbees. Seriously, look at that sky…it was beautiful. 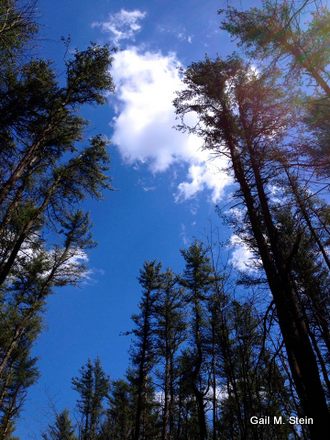 One morning, early in the summer, after a night of rain, I left for work and took this shot right outside my front door: The view from a rooftop downtown where I had the absolute pleasure to be working one sunny afternoon: Track time!! I spent many mornings this year watching the horses work out, taking photos, and meeting so many interesting people! 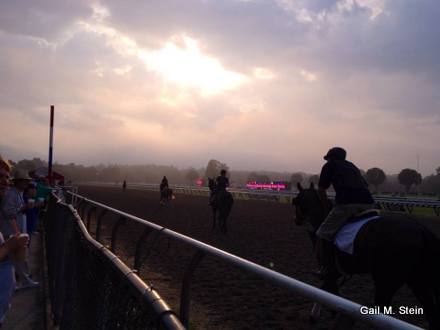 When I was not at the track, I was at Yaddo, enjoying the peace and beauty as I started my day. 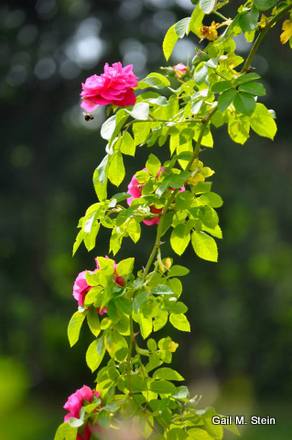 And here’s another Yaddo shot…this is actually one of my very favorite photos of the year: 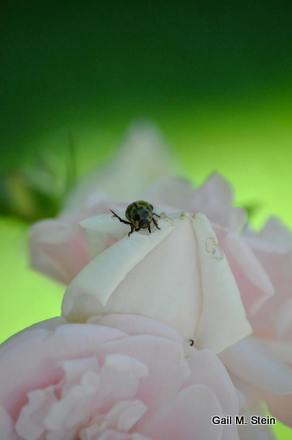 And, of course, I have about a zillion photos of the thoroughbreds. I helped out with Camp Abilities Saratoga (a sports camp for children with visual impairments) at Skidmore College in August. On the night of their big picnic at the State Park, I got this great shot of the moon as I was headed to my car. 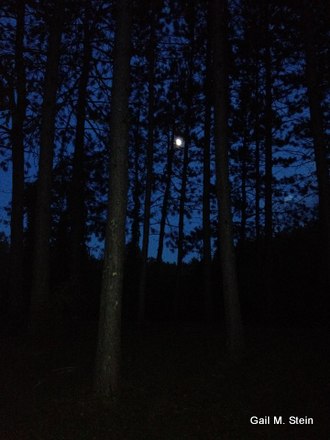 As the summer wound down and the days got considerably shorter, I met a friend on a very chilly morning at Ballston Lake where we waited for the sun to come up and got a ton of really pretty shots. As everyone will recall, we had an exceptional autumn in the Northeast this year. Here are a couple of foliage photos, the first is from the Saratoga Battle Monument, and the second is in Congress Park. 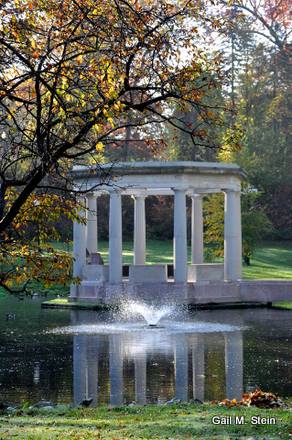 Ventured out one more early (and freezing) morning to capture the sunrise over Saratoga Lake. Mother Nature did not disappoint… And, finally, one of the many shots I took on Thanksgiving morning after that beautiful snowfall from the day and night before. Happy New Year! I hope 2015 is a great year for us all, filled with health, love and happiness.