Visit Saratoga.com For Everything Saratoga
Enter Giveaways Advertise
Note: Saratoga.com is not responsible for posts and comments written by non-staff members.
Home  »  Uncategorized  »  The Saratoga National Cemetery for Presidents’ Day 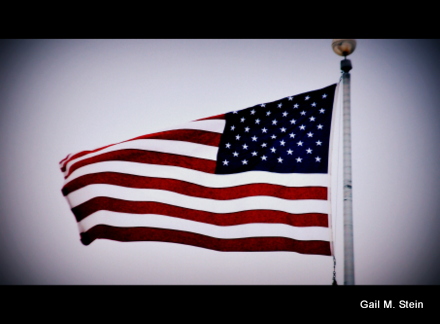 Well, I kind of messed up a little bit here. I went to the National Cemetery this past Tuesday, the day after our most recent snowstorm. The idea was to get a couple of photos to post in honor of Presidents’ Day. I did get the photos and I’ve had them all week, but waited until tonight (Sunday) to write up this post and now, sadly, the 40th Anniversary of Saturday Night Live is on, and I am somewhat distracted enjoying all the stars and memories of the past four hilarious decades.
I’m going to really focus now and try to do justice to the Gerald B.H. Solomon Saratoga National Cemetery. 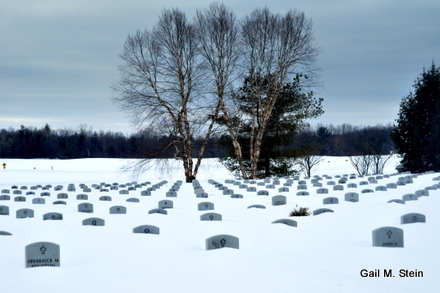 I have a wonderful friend I’ve mentioned here before. He grew up in Saratoga and is the BEST source of ideas for me as to photos for this blog. Whenever I have been really stuck for something to photograph or someplace to explore, he has come through for me in a big way. So far, he’s 3 for 3. I’m thinking of giving him a nickname, something like my “Super Saratoga Source.” Maybe I will even get him a cape with a big ‘S’ on it…
Anyway, last week I asked him if he had any ideas for me. I was trying to come up with something unique with all the snow. He initially suggested a couple of cemeteries as good possibilities and I loved the idea, but then he thought harder and came up with the suggestion that I head to the Saratoga National Cemetery in Schuylerville in honor of Presidents’ Day. My Super Saratoga Source came through for me once again. 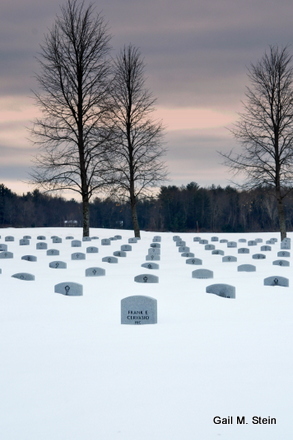 I headed over late Tuesday afternoon. The snow had stopped but, as we all know, we got a TON of it. That being the case, and given the fact that it was about ten degrees colder and incredibly windy in that open field, it was difficult to get very far. But it was so beautiful and the stormy sky was taking on so many shades of purple and gray as the sun was setting, that I wandered up and down the road snapping shots as I went. 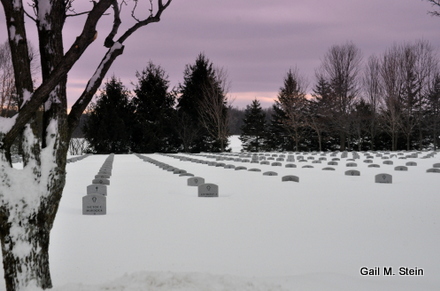 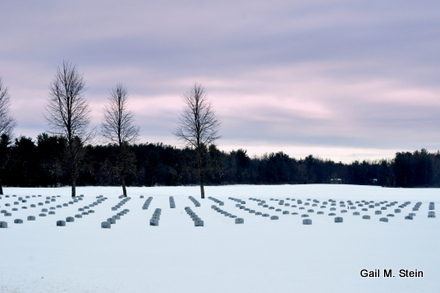 I took the following informational quote from the VA National Cemetery Administration’s website:
“Gerald B.H Solomon Saratoga National Cemetary is NY State’s sixth national veteran’s cemetery and the 116th in the National Cemetery Administration.
More than 1.4 million veterans live in New York and more than 225,000 reside in the Albany/Saratoga area. The first phase of construction, encompassing 60 acres of the 351-acre cemetery, included 5,000 grave sites, 2,000 lawn crypts, 1,500 columbaria niches and 700 garden niches for cremated remains. At full capacity, Solomon-Saratoga can provide burial space for 175,600 veterans and eligible dependents.
On Jan. 24, 2002, President George W. Bush signed legislation renaming Saratoga National Cemetery as the Gerald B.H. Solomon Saratoga National Cemetery. Congressman Solomon was known as the champion of veterans’ causes. Among his accomplishments, he spearheaded the effort to create the cabinet-level Department of Veterans Affairs and successfully led a drive to establish the national cemetery in which he is now interred.” 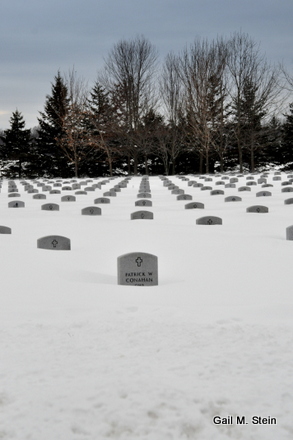 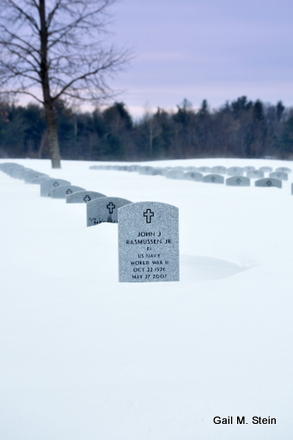 Presidents’ Day is intended to honor all the American Presidents, but most significantly George Washington and Abraham Lincoln. If you are fortunate enough to have the day off from work in honor of the holiday, enjoy it and try to stay warm! 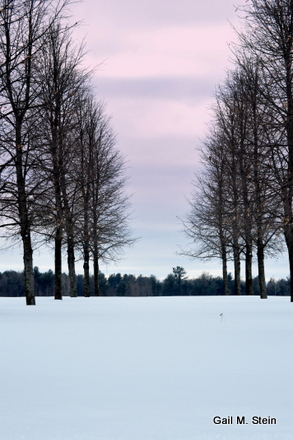