Visit Saratoga.com For Everything Saratoga
Enter Giveaways Advertise
Note: Saratoga.com is not responsible for posts and comments written by non-staff members.
Home  »  Uncategorized  »  The Sky was on Fire 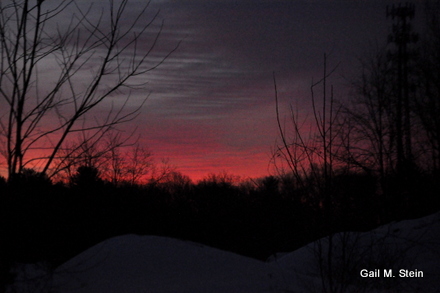 I love when I am just going about my business and a beautiful moment presents itself to me. Unexpected and unplanned, many times I am unprepared to capture that moment with my camera. This past Tuesday’s sunrise caused a slight deviation from my morning’s plans, i.e. getting a super early start to my workday, but it was a fun series of events and impromptu decisions that resulted in photographs of a sunrise that was not only spectacularly beautiful, but completely unexpected! 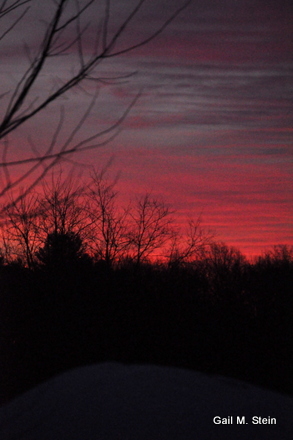 On Tuesdays, I am on the road all day for work, visiting multiple customers. The sooner I start my day, the sooner I finish. And it helps that I am habitually a very early morning riser. This past week, I got up at my normal time and headed out the door at 6:30 a.m. with a plan to stop at Dunkin Donuts for coffee and hit the Northway before the traffic got heavy.
As soon as I got to the end of my street, I was presented with the gorgeous sky as seen in the two photos above. I was only a few hundred yards from home, so I did a U-turn and raced back to grab my camera. Unfortunately, I was in such a hurry that I gave no regard to the black ice that was everywhere, and fell in verrrrrrry slow motion, landing on my back and slamming my head on a small snow bank. Stupid, stupid. I knew better than to be so careless.
After laying there for a few seconds, I was surprised to discover that I was okay, other than experiencing a mind-numbing horror that someone may have seen my less than graceful tumble. Happily, I don’t think anyone was around. 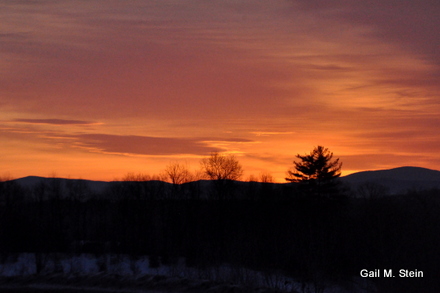 I grabbed my camera and decided to hunt down the perfect spot to photograph what was shaping up to be a stunning sunrise.
Instead of getting on the Northway as was the plan, I headed to Route 29 and started driving east, quickly and desperately searching for a perfect place to pull off the road and capture the scene that was unfolding in the sky. 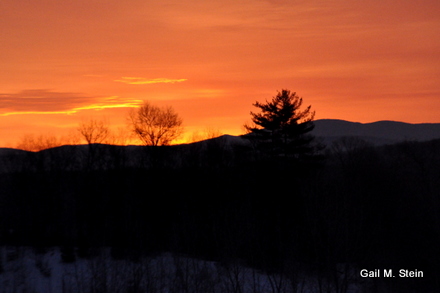 Unfortunately, anywhere there was an open view, there was no safe place to pull over and, anytime that there was a parking lot or area that seemed suitable for parking, the view was obstructed by trees and power lines. I was starting to panic that I would miss the most beautiful colors, and was about to turn around and give up. Then I decided that I felt like I was being pulled toward something special, and that I should keep going a little bit further. 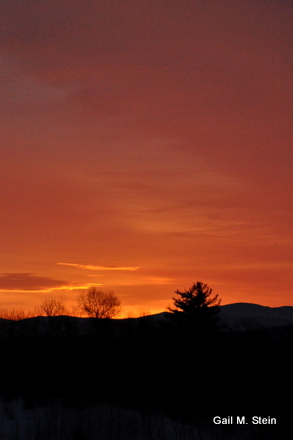 About 2 mins later, I came to Schuyler Pond which was obviously not open at this early hour and offered me a perfectly safe parking lot. And…best part? Across the street was the open, unobstructed palette of reds, oranges, pinks and lavenders I had been hoping to find. It was PERFECT. I was stunned. 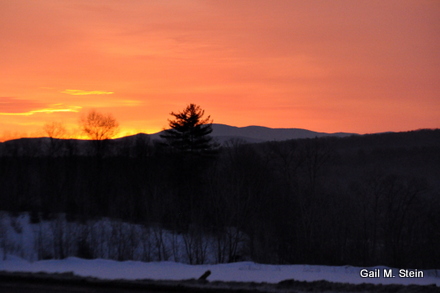 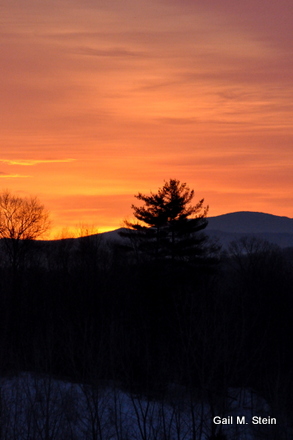 I stood at the side of the road and took over 100 photos. I realize many of these (well, most of them, actually) look very similar, but I wanted to share all the changes in color and light that I was so lucky to be standing there witnessing. 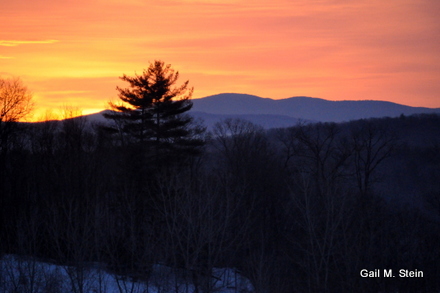 As the sky continued to lighten, the colors started to fade, but this made them no less beautiful. Just more of a pastel rather than the intense colors from earlier. I was glad to be there for all of the changes. It really was magical, spiritual, wondrous…however you choose to describe it, that is what I was fortunate enough to be able to photograph. 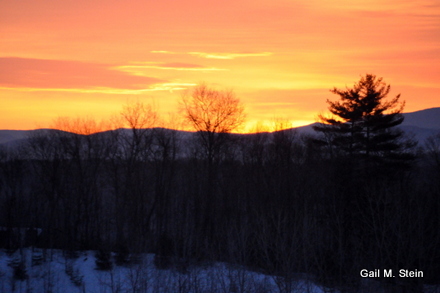 Finally, I went back to the car to head for work, but not before a few more shots of the final moments before the sun broke over the horizon. 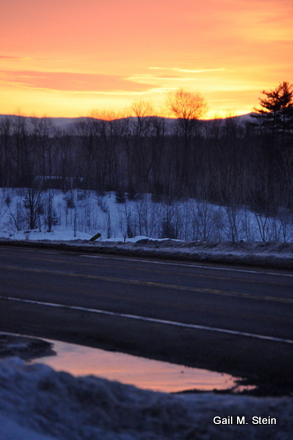 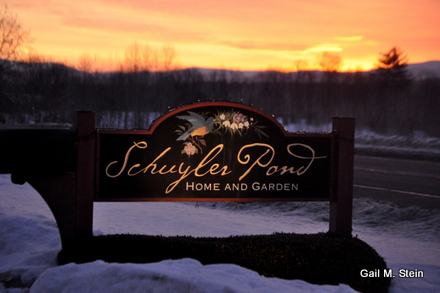 And, yes, I was totally stuck in the backed-up traffic on the Northway by getting a later start than was my plan, but I honestly could not have cared less given the breathtaking reason for my tardiness. It was awesome.