Visit Saratoga.com For Everything Saratoga
Enter Giveaways Advertise
Note: Saratoga.com is not responsible for posts and comments written by non-staff members.
Home  »  Saratoga Lake  »  Travers was Sold Out…but I Saw All This Instead! 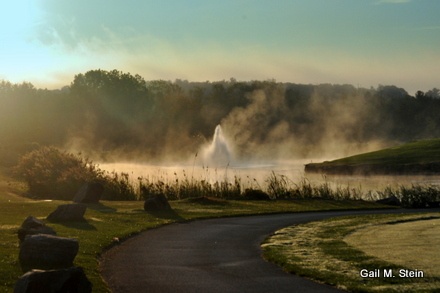 As anyone who follows my Frozen Moments FB page knows, I was not on the ball and did not get my tickets for the Travers before they sold out. In fairness to myself, I was waiting to hear from my son as to whether or not he would be coming home from Houston to go with me. And I waited too long for tickets. And he didn’t come home. I lost out on every count! (Still hoping he will make it home in the next few weeks when things settle down at work.)

Anyway, then I had to miss American Pharoah’s workout on Friday morning as well. I was so disappointed! So, on Saturday morning, I woke up really early (despite a very late night) with the intention of at least trying to get some shots through the fence of the Travers morning workouts. Well, THAT idea didn’t work… By 6:30 a.m., there were lines as pictured above (forgive the blurriness, but I stuck my phone out the window as I was driving by and snapped a quick shot while I was moving), and traffic was building rapidly. I immediately decided to forego the idea of ANY track shots, and decided to hunt down something else beautiful to photograph. 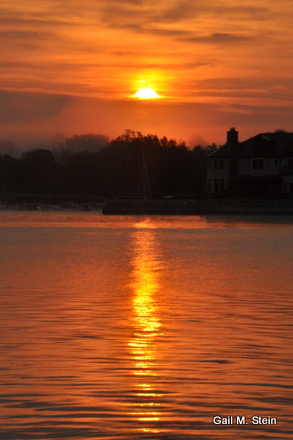 Happily, I had stopped at the Waterfront Park on Saratoga Lake on my way to the track and there was a GORGEOUS sunrise going on over there! I was glad I had taken the time to swing by. It was absolutely beautiful. I did not edit the color on these shots, although my camera did make it look slightly more intense than it actually was. But it was breathtaking. And peaceful. With fog rolling in. 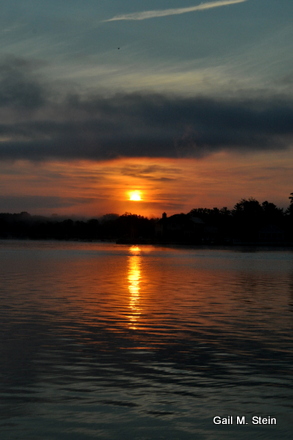 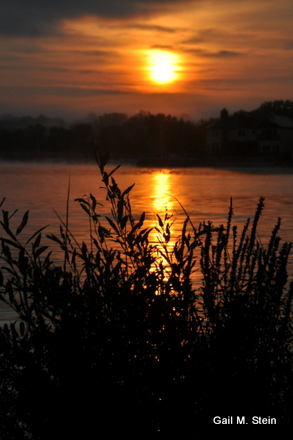 After I decided the track wasn’t a good idea, I headed back to the lake. The fog was rolling in in waves with the sun shining above it and the effect was pretty spectacular, so I wanted to see what it looked like over the water. I got sidetracked on the way by the mists and fog surrounding the fountains over at Saratoga National, all illuminated by the sun, so I stopped there first. Away from the fountains, everything was crystal clear. 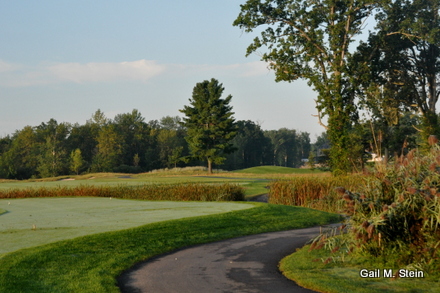 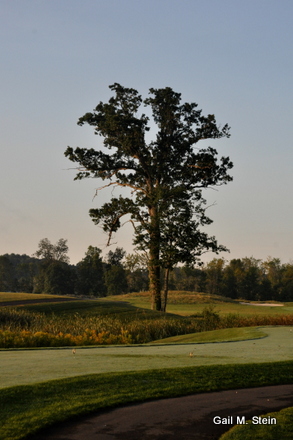 I took the same shot below last autumn during a particularly stunning and intensely pink sunrise. I couldn’t pass up the chance to take it again on a mid-summer morning. 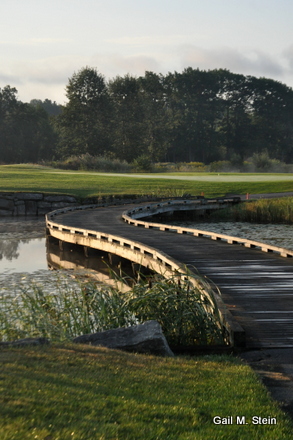 Finally, I headed back to the lake and went over the bridge to the boat launch. The fog was thick and heavy over the water by then, keeping everything bathed in misty grays. 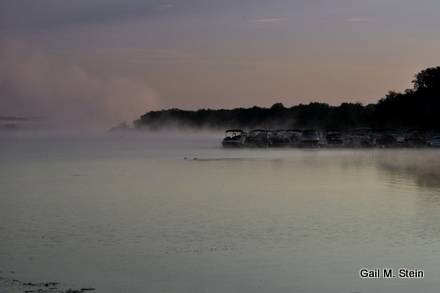 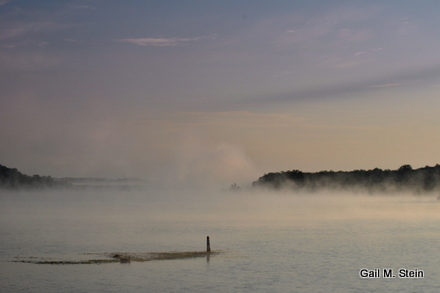 So, I missed the Travers, but I do feel lucky that my morning was filled with all of these beautiful nature images. And I went out later that afternoon to watch the race at the new Druthers at McGregor Links and we had a great time! We sat directly below the televisions and we cheered like we were there. American Pharoah may not have won, but he is still such a Champion. Yes, with a capital C. It was such an exciting weekend here in Saratoga! 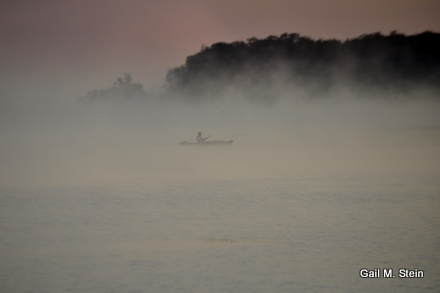 Enjoy the week. I have lots of photos from Ballston Lake and Skidmore that I am excited to share in future posts, and I am heading back to Haven Hill Farm (where I photographed all those adorable llamas a couple of months ago) to take pics of Judy Leon’s fields of wildflowers!