Visit Saratoga.com For Everything Saratoga
Enter Giveaways Advertise
Note: Saratoga.com is not responsible for posts and comments written by non-staff members.
Home  »  Hall of Springs  »  The Morning Started Out so Nice…Until I Thought I Lost My Phone 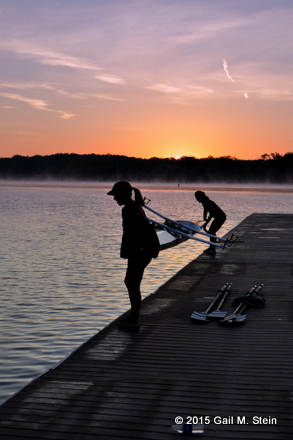 My daughter lives in North Carolina, but she will be coming home to be the Maid of Honor in her best friend’s wedding in a few weeks. They have been best friends/”sisters” since before my daughter could even sit up by herself in the sandbox. 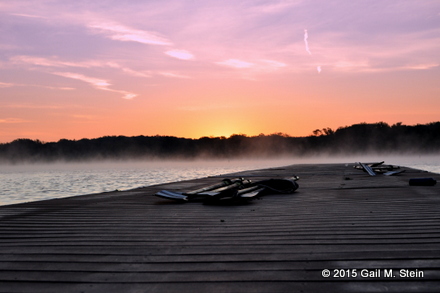 I woke up yesterday and decided to head to the Hall of Springs to get some photos for the bride-to-be, as that is where her wedding reception will be held. And it was beautiful outside. Again.

But first, as is usually my routine, I headed over to Saratoga Lake to see what kind of sunrise was on the horizon. It amazes me that it can be so drastically different every single time I am out…depending on the clouds, what time I arrive, etc. I parked over by Saratoga Boatworks and wandered down to the docks. 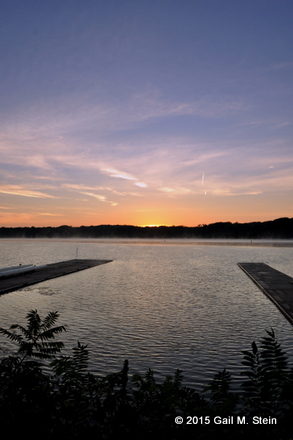 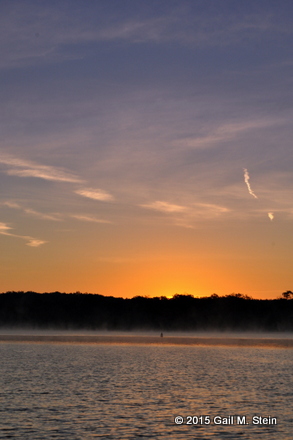 As always, the colors, the clouds and the calmness of the water combined for some truly beautiful photo opportunities. As an added bonus, there were four people there getting ready to row. Their silhouettes against the sunrise were pretty dramatic. 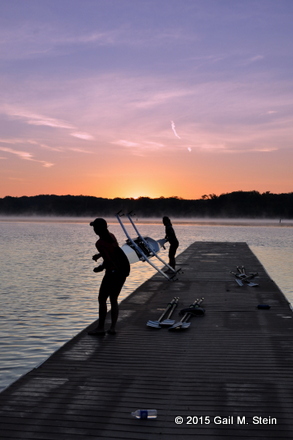 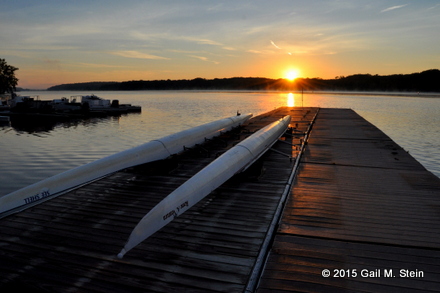 I sat on the docks for close to an hour in the misty air, chatting with everyone and enjoying the coolness of the morning. 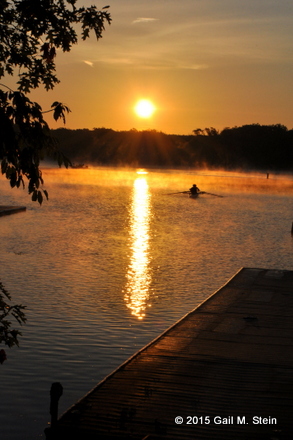 After leaving the lake, I headed to the Hall of Springs…completely forgetting about the chaos associated with preparations for the Wine and Food Festival later in the day. Not a problem, it was still early enough that I was able to stay out of everyone’s way as I wandered around. 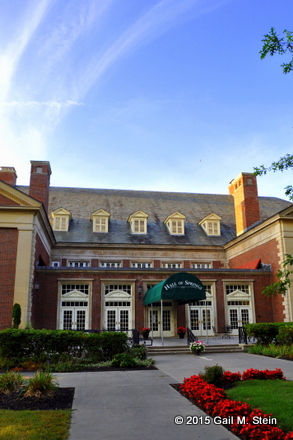 I grabbed my camera out of my bag, locked the car and took off. After spending close to an hour wandering around trying to capture all the unique lines, domes and angles of the buildings, I decided it was time to head home. As I walked back to the car, I reached into my back pocket to check my phone. Except that it wasn’t there. Not in any of my pockets. Not in my sweatshirt. Nowhere. 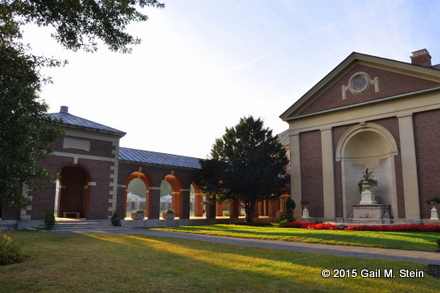 I recalled bending way down at one point over by the reflecting pool to photograph what struck me at the time as a really cool dead dandelion. (Yes, really…sigh.) It seemed logical to me that the phone may have fallen out of my pocket at that point and I would not have heard it as it fell into the grass. 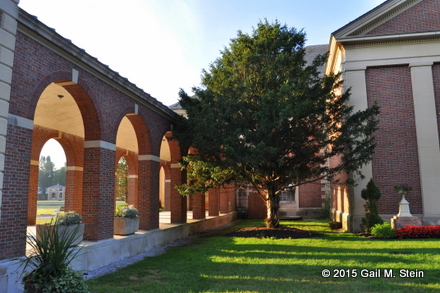 I combed that entire lawn repeatedly, weaving back and forth, and focusing SO intently on the grass. 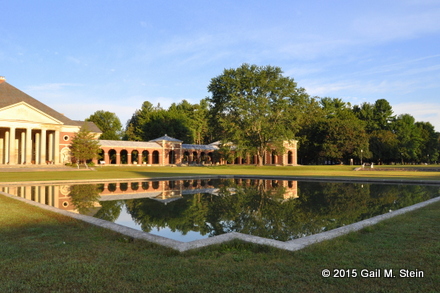 Finally, I stopped a really nice woman who was out training her dog and asked her to keep her eye out for my phone. The poor woman promised to keep calling it for me so that I might hear it ringing in the grass…so sweet! Unfortunately, no luck. 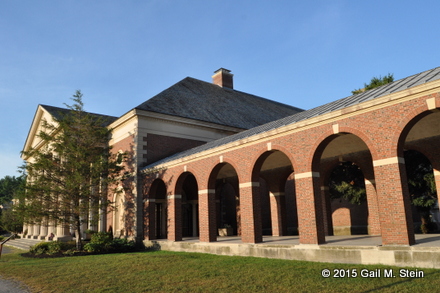 As I headed back to the parking lot, it occurred to me that MAYBE I had left it locked in the car. There is a spot where I frequently stash it when I am leaving it behind. As I unlocked the door, I could hear it ringing inside (the awesome woman was still calling for me) and, thankfully, my phone was sitting right there…safe and sound…where I had put it away when I set out earlier. My relief was overwhelming, but was almost overshadowed by my irritation that I had not paid attention, or even remembered, what I had done with it!
Oh well, no worries. I had my phone. My world was restored. It’s a little scary how very dependent we are on them… 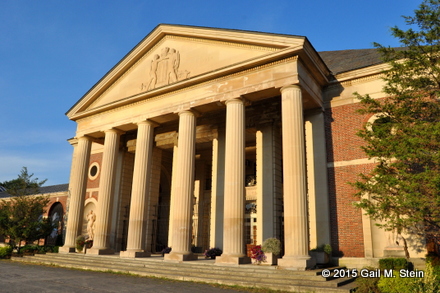 I say it every week, but I’m pretty sure that the best part of the day occurs before most of the world wakes up.
The final shot below is just a little girl’s pair of shoes that had apparently been left behind at the docks. 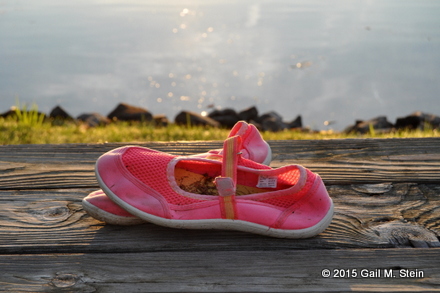