Visit Saratoga.com For Everything Saratoga
Enter Giveaways Advertise
Note: Saratoga.com is not responsible for posts and comments written by non-staff members.
Home  »  Broadway  »  Showing a New York Newbie the Sights… 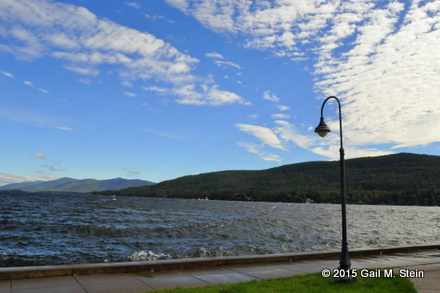 I just had the BEST weekend. My daughter and her boyfriend (Dani and Brent) came up from Raleigh, NC, in order for Dani to be the Maid of Honor in her best friend’s wedding. Not only was this particular wedding incredibly beautiful and so very personally special to me (the bride grew up with Dani, and her mom is one of my dearest friends), but the weekend also provided us the opportunity to show Brent what Upstate New York is all about…or at least the parts right in and around Saratoga. 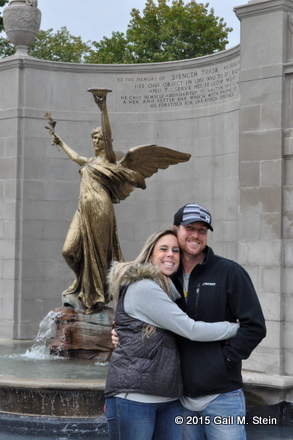 Brent grew up in Florida and had never been to the State of New York prior to this weekend. We had lots we wanted to show him…and not a lot of time to do it, working as we were around Dani’s obligations as Maid of Honor. Happily, they were able to stay downtown in the very beautiful condo of a friend of mine, so Dani was easily able to show Brent the shops and restaurants up and down Broadway.
We decided that, since we had some time early in the day on Saturday, we would go to breakfast, take him to Congress Park and the track, past the Dance Museum, Lincoln Baths,etc., and then head north to Lake George, followed by a quick tour around Charlton and Burnt Hills (where we lived when my kids were growing up). 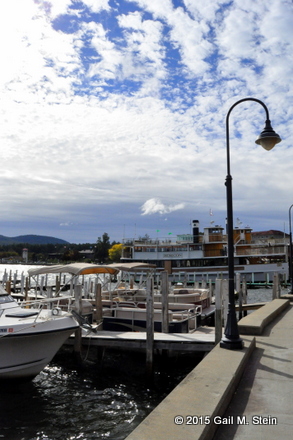 After a predictably FANTASTIC breakfast at the Country Corner Cafe, we headed North. It was, unfortunately for these two Southerners, a pretty cold morning with a definitely brisk and biting wind, but the sun was struggling to shine through the clouds…and the clouds looked so cool! 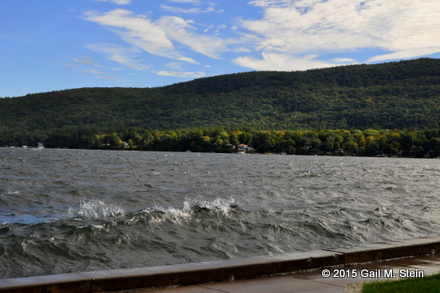 We had a lot of fun showing Brent the beach and walking along the shoreline of Lake George…visiting the gift shops and, in general, just enjoying the views. He had come to the area with the mistaken (and all too common) impression that Upstate NY was similar to NYC. We showed him how very different the two areas are!
Here we are posing in front of the active waves slapping up against the wall. It’s safe to say I adore this guy, which is a good thing since Dani seems so crazy about him. This makes me pretty happy. 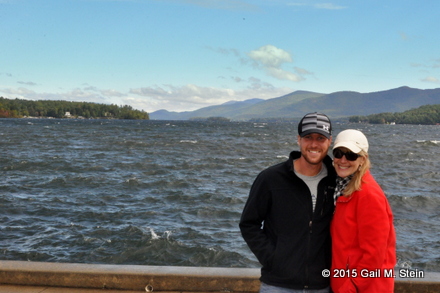 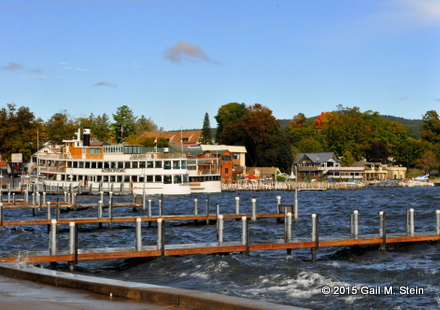 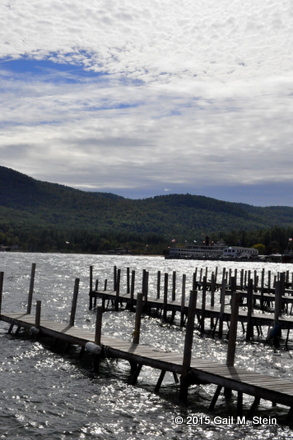 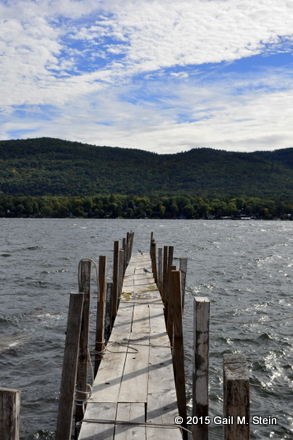 Later that day, I had to drive them to Burnt Hills to meet up with the rest of the wedding party. We went the back way through Charlton to show Brent some more of the beautiful farm country in this area, and then even drove through our old neighborhood and past the house where Dani grew up. So many memories!
The wedding was yesterday afternoon at the Immaculate Conception Church in Glenville. Dani was with the rest of the wedding party, so Brent and I drove to the ceremony together. After the very moving ceremony uniting these two people who are so clearly and thoroughly in love, we had a couple of hours to kill before the reception which was being held at the Hall of Springs. 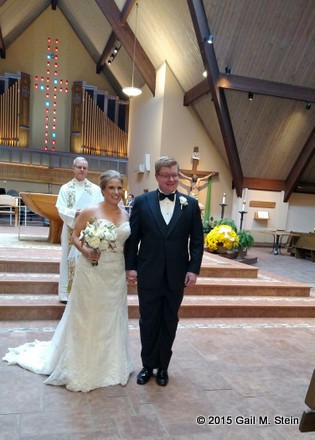 Brent and I decided to head back to Saratoga for some drinks while we waited and I was able to show him the beautiful Saratoga National where we sat at the bar for a bit and relaxed. The exterior of the building was decorated with very elaborate and colorful arrangements of mums, pumpkins, corn stalks, etc. 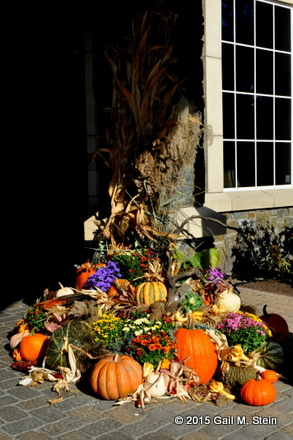 Finally, it was time for the reception to begin. The Hall of Springs was as spectacular as always, the DJ was brilliant, Dani and Brent had a great time, and my date was a very, very good dancer. And, most importantly, the bride and groom had a memorable and magical evening with all the people in the world who love them best. Including me. It was a very poignant and very touching celebration…and so sweet to see two people so deeply in love. 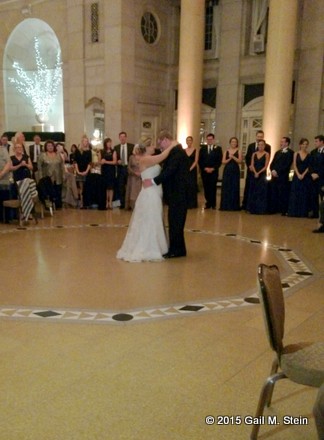 These last two photos were taken with my cell phone, but I wanted to show the church and the Hall of Springs to anyone not familiar with them…and, of course, it gave me another another chance to look at and celebrate this love.
And Brent really liked what he saw of Upstate New York! 🙂