Visit Saratoga.com For Everything Saratoga
Enter Giveaways Advertise
Note: Saratoga.com is not responsible for posts and comments written by non-staff members.
Home  »  Essential Oils  »  More on Impacting the Gut-Brain- A Focus on Neurology and Why No Two Microbiomes May Be the Same: Part I 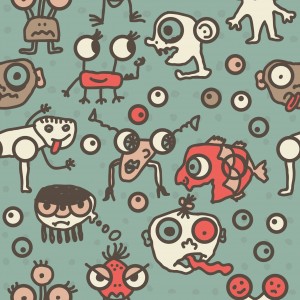 Listen to Part I and Part II of this blog in 13 minutes here.

(Note: post recording there’s an addition of the brain microbiome and infectome below)

Last week, I discussed the role of the microbiome on brain and whole-body health. I also explained that we could use this information to empower our wellness. Specifically, I mentioned that self-care, nourishing food, movement, probiotics, and essential oils could be tools that we implement to optimize these trillions of microbes and their resultant genetic influence on us. (1, 2)

This week, I highlight additional research on how the microbiome could influence our brain and neurological health.

I also explain why enhancing our own, unique microbiota population may be more important than trying to achieve a generalized “healthy core” one. This is because various factors interact to determine what critters decide to co-habitat in and on us. Examples include:

How Our Microbiome Helps or Harms Our Brains

Science Daily recently reported on the relationship between the microbiome and brain functioning. Specifically, they referenced PTSD (Post-Traumatic Stress Disorder) and how microbial production of neurotransmitters hormones, immune-regulating signals, and toxins impact this disorder:

PTSD is a serious psychiatric disorder that can develop after a person experiences a life-threatening trauma. However, not everyone exposed to a traumatic event will develop PTSD, and several factors influence an individual’s susceptibility, including living conditions, childhood experiences and genetic makeup. Stellenbosch University researchers are now also adding gut bacteria to this list.

In recent years, scientists have become aware of the important role of microbes existing inside the human gastrointestinal tract, called the gut microbiome. These microbes perform important functions, such as metabolising food and medicine, and fighting infections. It is now believed that the gut microbiome also influences the brain and brain function by producing neurotransmitters/hormones, immune-regulating molecules and bacterial toxins.

The study referenced, entitled, “The Microbiome in Posttraumatic Stress Disorder and Trauma-Exposed Controls: An Exploratory Study,” was published in Psychosomatic Medicine. Microbial DNA was extracted from the stools of 18 subjects with PTSD and compared to 12 controls. The authors discovered certain microbial species were associated with PTSD individuals. This provided support on how the interaction between the host and its microbe population was a factor in symptoms of brain outcomes:

In this exploratory study, measures of overall microbial diversity were similar among individuals with PTSD and TE controls; however, decreased total abundance of Actinobacteria, Lentisphaerae, and Verrucomicrobia was associated with PTSD status.

However, beyond the bug populations, it may be what they do is more critical to health outcomes. The 2016 article in Bioresearch Open Access summarized some interesting connections between bacteria metabolites, such as short-chain fatty acids (SCFA) such as butyrate, and neurological health and behavioral and physiological abnormalities:

The gut’s evolving capacity to adapt and maintain normal microbiota, which begins at birth and continues throughout one’s life, is necessary to support the metabolic activities of the brain.59,162 This is especially so in the early childhood years through adulthood.59 Studies have shown that some of the typical behavioral and physiological abnormalities associated with neurodevelopmental disorders, including autism43–45,163–165 and schizophrenia,40,47–49 can be modulated by reconfiguring the gut microbiome composition.122,166

Acetate, propionate, and butyrate comprise the majority of SCFAs produced in the gut by microbial fermentation.21,69 Propionate and butyrate can modulate brain functioning, principally appetite and energy homeostasis, through regulation of neuropeptide production.167 Butyrate is mostly absorbed by the colonic epithelium, whereas acetate and propionate are passed into the portal circulation.168–170 In gut dysbiosis, the constitutional spectrum of SCFAs varies substantially from the host’s natural healthy balance,3,32,39,60,171 and higher than normal levels of PPA have been linked to deleterious effects on brain function43,75,78,172–179 in autistic children.24,174 Given these findings, and the fact that PPA is widely used as a food preservative,180 there may be cause for some concern.

Why So Much Bug Talk?

As mentioned above, the critters that inhabit us have a profound impact on our bodies, minds, and disease processes. A 2016 abstract in Clinical Pharmacology and Therapeutics pointed out another important reason to pay attention to human microbiota and how they are interacting with our biological outcomes. The authors state that the microbiome’s detoxifying ability and influence on drug metabolism could be applied to future therapeutics and specialized, personalized medical applications:

The human microbiota is the ecological community of microorganisms that live within our bodies. Emerging evidence has revealed that dysregulation of the host-microbe symbiotic relationship contributes to the pathogenesis of a vast number of human diseases and impacts the efficacy and toxicity of therapeutic drugs. Therefore, a deeper understanding of the human microbiota is crucial to the development of therapeutic interventions that target the microbiota and also provides fundamental insights towards understanding intersubject variability in therapeutic outcomes.

Could knowing more about these microbes and their interactions with our own cells lead to buying specific bugs (probiotics) to alter function and disease trajectories one day?

The 2016 review, “A Gut (Microbiome) Feeling About the Brain,” describes that this new concept that bacteria and critters may also be applied as a form of therapy, specifically for neurological health and behavior:

RECENT FINDINGS: A growing body of research is uncovering that under homeostatic conditions and in response to internal and external stressors, the bacterial commensals of our gut can signal to the brain through a variety of mechanisms to influence processes such neurotransmission, neurogenesis, microglia activation, and modulate behavior. Moreover, the mechanisms underlying the ability of stress to modulate the microbiota and also for microbiota to change the set point for stress sensitivity are being unraveled. Dysregulation of the gut microbiota composition has been identified in a number of psychiatric disorders, including depression. This has led to the concept of bacteria that have a beneficial effect upon behavior and mood (psychobiotics) being proposed for potential therapeutic interventions.

SUMMARY:  Understanding the mechanisms by which the bacterial commensals of our gut are involved in brain function may lead to the development of novel microbiome-based therapies for these mood and behavioral disorders.

Loving Your Own Unique Buggy Population 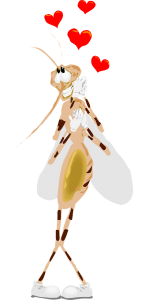 Variations in geography, lifestyle, environmental exposures, ethnicity, and the relatively other unexplored critters in our bellies (parasites, fungi, etc.) are examples of factors that determine what species of microbes we co-exist with.

As this review states:

Early research into the ecology of the microbiome sought to identify a “core” set of microbial taxa universally present in healthy individuals who lack overt disease phenotypes, under the hypothesis that the absence of such microbes would indicate dysbiosis [11]; but studies of ecological diversity among healthy individuals revealed sufficient variation in the taxonomic composition of the microbiome to rapidly render such a hypothesis unlikely [11, 12]. Even shared taxa, from individual species to entire phyla, were found to vary in abundance by more than an order of magnitude among healthy individuals [7, 11]. Characterizing a “healthy” microbiome as an ideal set of specific microbes is therefore no longer a practical definition [2, 6].

An alternative hypothesis is that of a healthy “functional core”: a complement of metabolic and other molecular functions that are performed by the microbiome within a particular habitat but are not necessarily provided by the same organisms in different people [6]. Such a core might need to be present as genetic potential (that is, encoded within DNA metagenomes) much as the human genome must not encode serious deleterious mutations to be healthy or it may need to be expressed and well-regulated within an individual for him/her to remain healthy (that is, it must be encoded by RNA metatranscriptomes or present in the form of protein or small molecule products), or of course a combination thereof.

Translation: The researchers are saying that trying to find a “healthy microbiome ideal” has failed. It may be better to learn how the microbiome acts in particular “habitats,” (AKA our bodies) to discover what function they are providing and intervene to optimize their metabolic outputs.

The good news is, as mentioned last week, we do have a base on what can benefit everyone’s bugs’ population for the better.

The relationship between our microbes and our own cells is turning previously, “simple” biological understandings into complex ones. No longer is the saying “we are what we eat,” acceptable to describe how food metabolizes in our body and nourishes us. More accurately, we should claim, “we are what our gut bugs eat, what they produce, and what we both digest and absorb.” (Phew, that’s a long catch phrase!)

The intuitive expression of “knowing in our guts,” has also taken on a whole new meaning. It seems that we aren’t alone in that “sense.” We have a little help from our critter inhabitants. Kinda’ creepy crawly, huh?

It’s empowering to know that we already have simple tools modulate our minds by supporting our microbiome! Last week, we discussed this relationship as far as moods, but now, we’ve reached a whole, new, neurological level!