Visit Saratoga.com For Everything Saratoga
Enter Giveaways Advertise
Note: Saratoga.com is not responsible for posts and comments written by non-staff members.
Home  »  Holistic Health  »  The Season of the Heart & Heartbreak 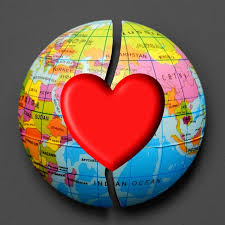 Click here to listen to the full blog in 7 minutes.

Although I’ve been talking a lot about gratitude, I’ve also been acknowledging that the holidays can be triggering times for many.  According to an article in Integrative Practitioner, although many may be of Yuletide cheer, multiple studies have found an increase in heart attacks during the winter months! It states:

…during a 12 year period, there were consistently more deaths from ischemic heart disease during the winter months than the summer months.

“Ah ha!” you might say. “The cold weather is the culprit.”

Alas, no. This research group reported that about a third more deaths from ischemic heart attacks were recorded in December and January than June through September in Los Angeles County, California. Palm trees, not pine trees, are decorated for Christmas in the Los Angeles winter and, although colder than the summer, are still mild compared with other climates…

Stress induces over-reactivity, on both the body and the mind. Holidays are harbingers of excitement. Emotional excitement is, well, exciting. A heightened sensation of excitement could be simply too much for some people to bear. In 2005, the Johns Hopkins University School of Medicine and its Heart Institute published a study in The New England Journal of Medicine, which found that some people may respond to sudden, overwhelming emotional stress by releasing large amounts of catecholamines—notably adrenalin and noradrenalin—into the bloodstream, along with their breakdown products and small proteins produced by an excited nervous system. These chemicals can be temporarily toxic to the heart, effectively stunning the muscle and producing symptoms similar to a heart attack, including chest pain, fluid in the lungs, shortness of breath, and heart failure…

I’ve discussed “Broken Heart Syndrome,” or Takotsubo cardiomyopathy awhile back. The mechanism is very different than typical heart attacks, yet the symptomology is indistinguishable from a heart attack related to coronary blockages or other heart-related dysfunctions.

According to Harvard, the following classify this type of cardiovascular event:

“Broken Heart Syndrome,” is  believed to be caused by a weakening of the left ventricle of the heart, the heart’s “main pumping chamber.”  As stated above, this is believed to be the result of the release of excessive “stress chemicals” related to an intense physical or emotional stressor.  Here are some examples: the death of a loved one, unrelenting job stress, financial concerns, relationship issues, and public speaking (a social-anxiety subtype).
The good news is, if excess stress causes “broken hearts,” we can seek to “stress-relief.”

Keeping the Heart Intact This Holiday 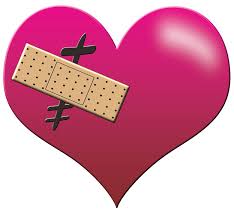 So, what can we do to mitigate the release of excessive stimulation and keep our body’s strong and our hearts calm and open during this season of love?

Engaging in positive emotions and doing an “emotional detox,” is an obvious solution, but often easier said than done. Many need more than just an affirmation of support to remind them that happiness exists in times of turmoil, or at least relief from suffering. One effective tool is to find a safe community of people, whether they gather at your church, neighborhood, or around a certain hobby. This group should ideally encourage their members to reach their highest potential and provide a safe shoulder to lean on. These kinds of personal connections cause the release of a feel good hormone, oxytocin, which makes us feel warm and fuzzy and less alone!

As mentioned previously, “…research recently stated that loneliness can be more hazardous to your health than “obesity” or smoking!” So, especially at triggering times, where it may be more tempting to hide under the covers, it’s important to muster up the courage to open the blinds and move yourself out to the world that is waiting to great you. Even if it starts with an intimate walk of bonding with your your four-legged friends!

Other tension-relieving and mind-body tools include:

Finally, one of my favorite tools that deserves its own section… 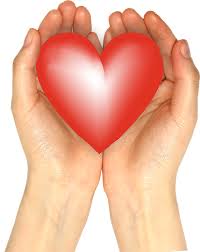 May you all be blessed with being very gentle and kind to yourselves, and receiving the same, this holiday season.