Visit Saratoga.com For Everything Saratoga
Enter Giveaways Advertise
Note: Saratoga.com is not responsible for posts and comments written by non-staff members.
Home  »  Healthy Thinking  »  Maybe We Should Just “Eat Wheat” After All? Not So Fast!

Is Gluten-Free Going Out of Vogue? 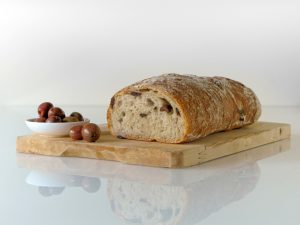 To the holistic and integrative health community, the statement that gluten may not be a food demon could be heralded as hearsay! This mere suggestion may be enough to get one ostracized by several esteemed and distinguished dietary clubs. In fact, I just finished writing a long explanation of the dilemmas of gluten and grains in my upcoming articles on Natural Path. (I’ll keep you posted on their release.)

The bottom line in the article series (spoiler alert!) is that gluten reactions, beyond the autoimmune condition, celiac disease, is real. This protein found in grains including wheat, barely, and rye, can trigger a whole array of symptoms in those who are susceptible. In fact, many may argue, because of its ability to cause gut inflammation and “leaky gut,” it should be avoided by all. (It’s still worth reading the full articles for the details.)

If this is true, then why did a brave doctor recently step out to redeem grains good name to all? In a surprise turn, a few courageous physicians, Dr. Mercola and Dr. Perlmutter, shined through their desire to get to the truth by inviting the author of Eat Wheat to an interview and discussion with them. (This doctor has also been making the rounds on brave podcast circles, such as Ben Greenfield’s and Mike Mutzel’s.)

What does this outspoken physician have to say?

At the risk of being blacklisted, Dr. Douillard  states that the issue with gluten reactions (sensitivity and gluten-related disorders, not true autoimmunity) is not with the gluten itself, it’s with the gut.

He explains that people have been eating wheat for millions of years with no issues. Furthermore, he feels that removal of food categories from the diet can cause a detrimental backfire! In fact, he embraces various lectins which are carbohydrate-binding proteins, such as “wheat germ agglutinin” (WGA). These compounds are found in plant foods, grains, legumes, and dairy and have been blamed for causing unwanted food-related reactions for years.

Rather, Dr. Douillard feels these components, in a balanced system, act as immune simulators which make the body more resilient. In fact, by not ingesting them, he argues that our guts could become “weak.” This can result in he removal of more and more foods until one’s gastrointestinal tract is so babied, it can’t handle much variety anymore.

Finally, I Can Enjoy My Bread Again…Not So Fast!

However, the brave doctor does NOT feel that everyone should go out and eat gluten! (Put your purse down, step away from the door!)

Rather, we should fix what’s responsible for gluten reactions, such as poor digestion, lymphatic congestion, not eating with the season, and toxic overload. Only THEN, should we slowly introduce optimal, un-processed grains back into the diet.

Important point here, folks, we want to avoid processed gluten-free “foodstuffs” at all costs! Dr. Hyman agrees that gluten-free foods can be a problem. He states

The biggest problem with demonizing a food substance is caused by the food industry.  In a nutshell, this industry manipulates basic foods items and turns them into “Frankenfoods.” It does this by removing naturally derived ingredients and adding in other bad stuff  to make up for loss of taste, consistency, etc. Witness the past popularities of, say, low-carb or fat-free diets and the so-called healthy fake foodstuffs that manufacturers invented to replace the foods containing the maligned ingredients.”

Is There Hope to Enjoy My Bread Again?

Interestingly, even the man who made famous the connection between gluten and intestinal permeability, “leaky gut,” states that treatments in the future that balance the microbiome and fix “leaky gut” could someday “treat celiac disease.”

Are we on the verge? I urge you to listen to the interviews, read the articles and the book, and decide for yourself. However, DO NOT ingest gluten now…fix the gut first and work with your doctor to see if, and when, you should eat gluten and grains.

Furthermore, in no terms should a celiac disease patient ever ingest gluten, not yet anyway.

Please read these two paragraphs above again if you feel I’m giving the gluten green light. Nope. Not yet, anyway.

Mercola J. How to Safely Bring Wheat Back Into Your Diet. Mercola.com. January 22, 2017.