For the first time since Sunday Silence in 1989, we have a legitimate Triple Crown contender. However, due to the black cloud that lingers over its trainer Doug O'Neill, I have conflicting feelings. Do I, or don't I, root for...

How can you not get a kick out of the Lisa's Booby Trap story?Who?Lisa's Booby Trap.You know who she is.  She's the horse that got its name for her owner/trainer's now deceased wife and a popular trackside "gentleman's club" in...

Richard Canfield was "the greatest gambling asset the United States had ever known." i   And unlike his casino's original proprietor John Morrissey, he had the respect and admiration of the well-bred.He was born in 1855 in New Bedford, MA, and...

Saratoga Race Course has seen the mighty fall, champions thwarted and punters sick to their stomachs.It's what she does, folks.  It's who she is.Take her or leave her.It is often you will see longtime and novice racing fans go to... 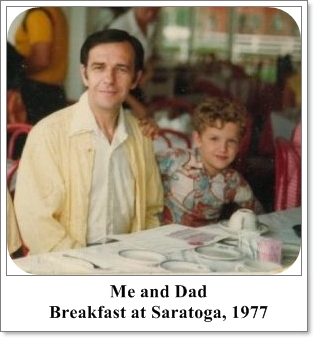 I was the jockey in the family.I rode.I rode 'em all.Cheap claimers and allowance horses. Stakes race, black type and graded.  Sprints or routes, turf or dirt. Necks and noses or the length of the stretch.  None of it mattered. ... 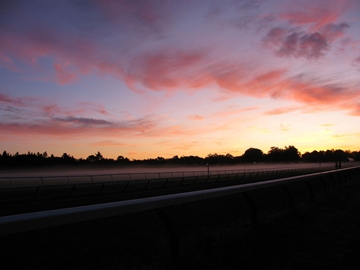 When my girlfriend, Stacy, asked me to name the one thing I loved most about Saratoga I took her question seriously, even though I seriously doubted I could come up with an answer.I was right.  I couldn't.It wasn't because there...