Visit Saratoga.com For Everything Saratoga
Enter Giveaways Advertise
Note: Saratoga.com is not responsible for posts and comments written by non-staff members.
Home  »  Horse Racing  »  Go Jim, Go! (and this time we mean it)

Alright.  Why the heck not.  Let’s try this again, shall we?

The good news:  Most of the nausea that came with the first two starts at Saratoga has dissipated.

The bad news:    This is Runaway Jim’s last shot at The Spa this year to break his maiden.

The better news:  He’ll win the blasted thing.  We hope. 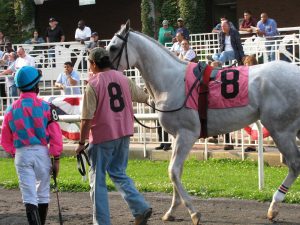 I’ll concede the opening is not as romantic or heartfelt an approach as prior postings.  Sure.  But come on….we wanna win dag nabit!

And yet, that damnable truth which cannot be ignored begs this question:

Is there a harder track in the world to win a horse race than Saratoga Race Course?

Fugghettabout it pal.  No way.  Ain’t no place tougher to win than the Spa.

But I’m not afraid to tell you, the hankering for a win is getting a might stronger.

On Saturday Runaway Jim makes another go of it.  This time he returns to the lawn (where he earned his best Beyer fig of 73), stretches out to a mile (which I, as a horse player am THRILLED about),  and gets a change of rider to Rajiv Maragh.

He’s in the 11th race and races from the three-hole.

So this time there will be no great fanfare or lengthy article.  No description of the grown man fearing his girlfriend will have to hold him up.

Instead, I’ll leave you with this … the three words you just might hear from a blithering overgrown idiot, beside his aptly-mortified girlfriend, bellowing from the box seats late Saturday afternoon:

He’s returning to the grass for starters.  His first two goings we thought he didn’t like it.  Fact is, he was immature on the racetrack BUT he ran a 73 Beyer in his first out.

In the stretch he was about five or six lengths behind the winner.  His late kick and post race gallop impressed the devil out of me and since that day I have been hoping (read: praying) that they would stretch him out.

Watching a horse gallop out after their race has always been a favorite angle of mine.

Below are the pictures I took of that first try on the lawn at Belmont. 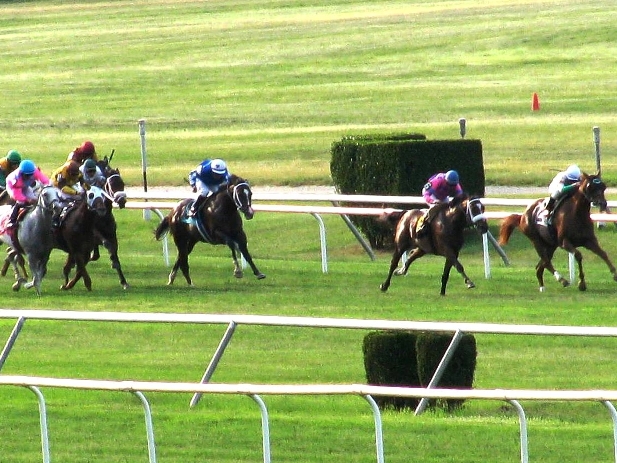 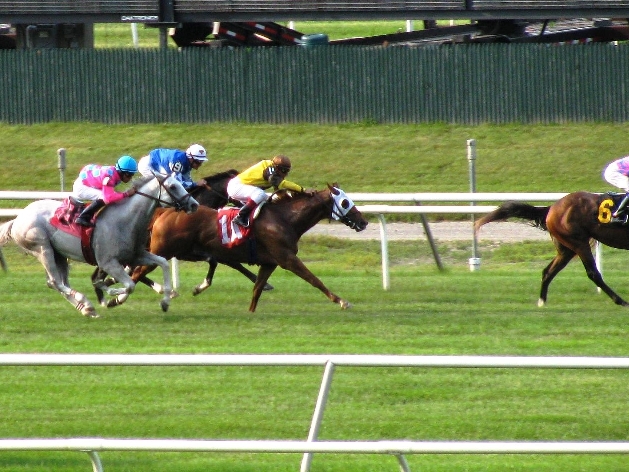 Runaway Jim (gray-outside) is several lengths behind the leaders, but gaining with each stride 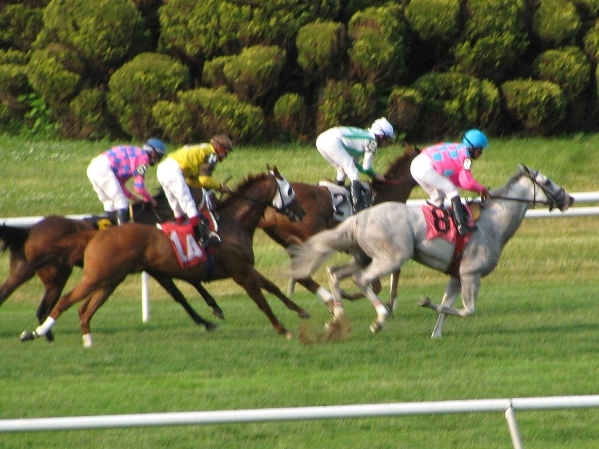 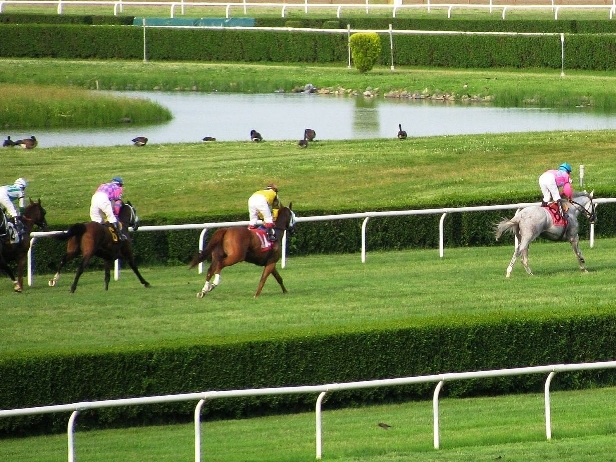 So…there you have it.  That one race has had the handicapper in me pining for him to (a) mature as a race horse, (b) return to the lawn and (c) stretching out to a mile (or more).

Saturday he gets his shot and I’ll find out if my handicapping abilities are worth the paper the DRF is printed on!