Bang the drum! Ring the bells! Sound the alarm!

Open wide the gates to the Land of Anxiety and Idiocy, for your Leader is coming home!!!

Yup. Jim. Runaway Jim. My girlfriend’s horse. Not even mine, mind you. Hers. Stacy’s. And I’m the one who can’t pull it together. Some things never change. Nice. Very nice. 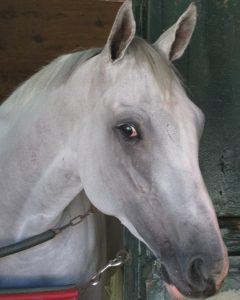 This Friday afternoon Runaway Jim will make his 10th career start; his fourth at The Spa. In his prior nine starts he has earned a check in all but two of them, more than paying his way for sure. He’s a New York bred that’s won once, ran second once and third three times. On Friday he makes his second start off the layoff and stretches out from six furlongs to a mile and a sixteenth. He drew the six hole, out of 10, in Friday’s eighth race.

So, basically, between now and then, it’s all I can do to keep from throwing up small children after I’ve eaten.

So, here’s the rub. I don’t get it. I don’t. I mean, I suppose in some ways I do. I can understand the nervousness leading up to a race. The feeling of walking into the Saratoga Paddock. Watching Jim make his way to the track. Knowing his jock Rajiv Maragh is a great fit. Loading into the gate. Springing the latch. Hearing Durkin call the race. All of it.

But wouldn’t you think if you’ve done something over and over you’d get used to it?

Wouldn’t you think that it’s like anything else you’ve done nearly a dozen times before?

Then again, this is Saratoga. Unique. Special. Historic. Storied. Glorious.

All valid reasons to feel heightened levels of anxiety.

All valid reasons to feel like a rumbling stumbling bumbling dolt who reverts back to his eight year old year thinking he can one day be a jockey himself. 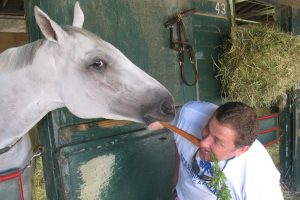 I’m just a big hot mess and the fact is, I will be worse on Friday.

Add my girlfriend’s racehorse into the mix, compounded by the fact that he’s fit and well and (dare I say) has a halfway decent shot at this thing, and I’m in a territory I have been in very few times in my 42 years.

In the fall of last year, when Jim won his first race, Stacy and I were not there. I had a work commitment that kept us from going and wouldn’t you know it … he wins. The only race of his that we miss, to date, and he wins.

But we did watch it on TVG. We saw his burst of speed at the head of the stretch. We saw him keep his mind on his business. We saw … we saw a professional racehorse coming into his own.

We saw something special and so much more than just a handsome face.

We also heard the call. We heard Tom Durkin.

” …. Runaway Jim has built an insurmountable lead! Runaway Jim, the winner” he bellowed.

I’ve heard it over a hundred times. So has Stacy. She even wanted to send a Thank You note to him for giving her the memory of a lifetime. I stuck my cell phone next to my computer, captured the stretch call and made it my default ring tone. There’s even a handful of people in the Seabrook Stable who have done the same.

We never tire of it.

But to possibly hear a win call from Saratoga would be … would be ….sigh, I don’t know what it would be like.

Until then (should that day even come), I will pray I don’t spit the bit from frayed nerves. I will pray my juvenile idiocy, like a bratty kid let loose in a candy store, will be kept in check. I will pray that I keep it together until post time. 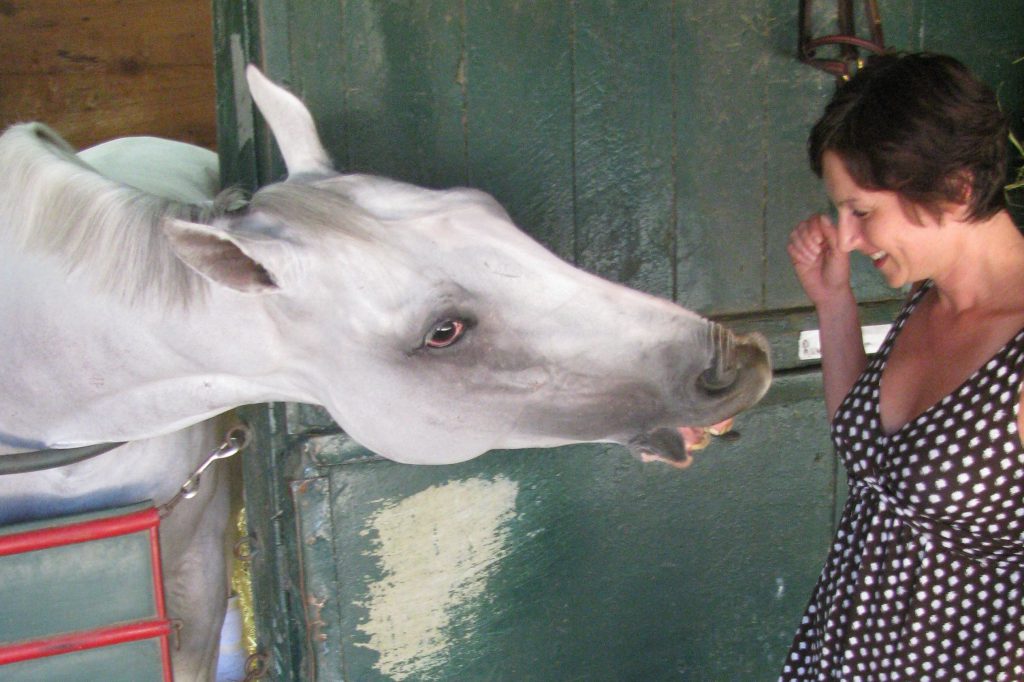