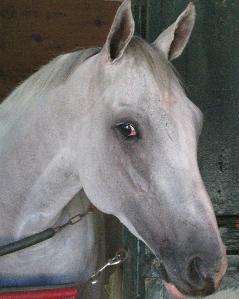 Bang the drum! Ring the bells! Sound the alarm! Open wide the gates to the Land of Anxiety and Idiocy, for your Leader is coming home!!! It's that time again. All things Saratoga. All things Jim. All things ... nerve-wracking....

So, what is the most magnificent thing about June? A month from July. A month from the gates of Paradise opening again for the 143rd time. Sigh. It has been nearly a year, hasn't it? And yet another year...

So, this is it.  One last week of the 2010 Saratoga Race Course race meet and I can feel the dread of the finale on Monday as I write this.Man, I hate that feeling.As usual, it all went by so...

How can you not get a kick out of the Lisa's Booby Trap story?Who?Lisa's Booby Trap.You know who she is.  She's the horse that got its name for her owner/trainer's now deceased wife and a popular trackside "gentleman's club" in...

When he died at the age of 67, the New York Times proclaimed William R. Travers "may have been the most popular man in New York."He was, in a word, adored.We know Travers as a founder and the first President...

It's Travers Week at Saratoga and this week I'll take a look back at those - for various reasons - I find particularly memorable.My childhood heroes have always been my Mom and Dad.  The list of reasons why could fill...

A few years back when tracks had their own pools for simulcast races )before simulcasting got as big a business as it is today), we as horse-players got to shop for odds.Bouncing from one television feed to another, seeing where... 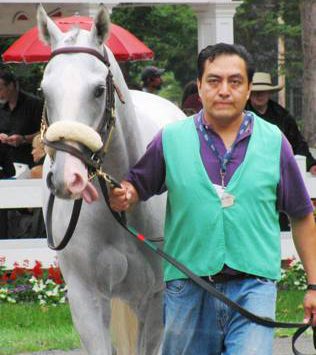 Ah, nuts!Runaway Jim ran fourth in a field of eight yesterday, earning Seabrook Stable his third check (i.e. his keep for the month) in four starts and we open the condition book to see what's next.Sigh.  And that folks, is...