Wilton Wildlife Preserve & Park in Wilton not only has multiple trail systems for walking, snowshoeing, and further outdoor recreation, but the nonprofit organization is active in conservation and education efforts. 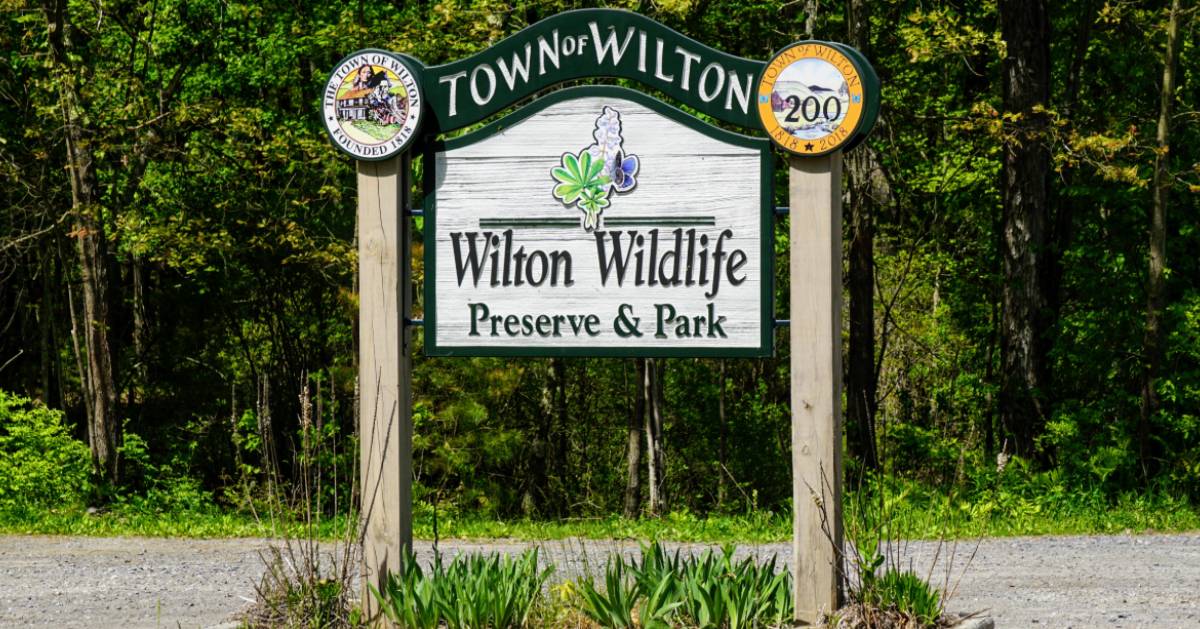 Enjoy the public trails, learn about how they protect the Karner blue butterfly, and check out further educational programs, conservation efforts, and more at this special preserve. 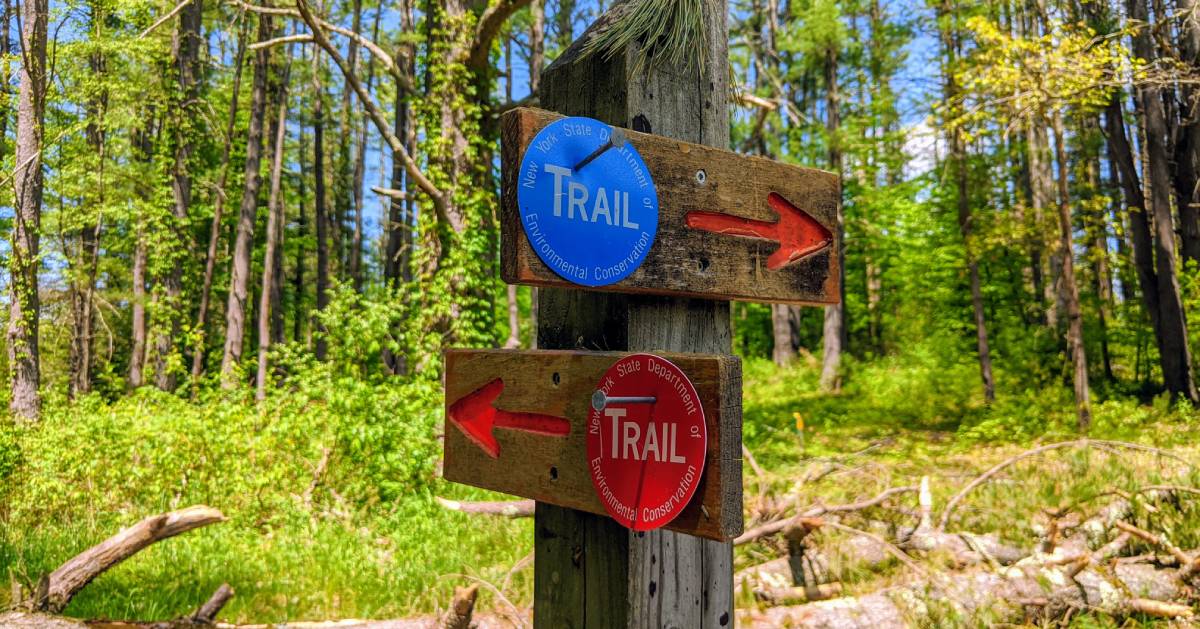 Wilton Wildlife Preserve has over 25 miles of trails throughout several different sections, each with their own parking area (some are not plowed in the winter, as indicated in the trail map linked to below). These trails are open to the public and available for specified uses. In the winter, volunteers groom 3.5 miles of trail on the Camp Saratoga and Opdahl Farm parcels for cross-country skiing, and there is a limited number of snowshoes and cross-country skis available for rent. 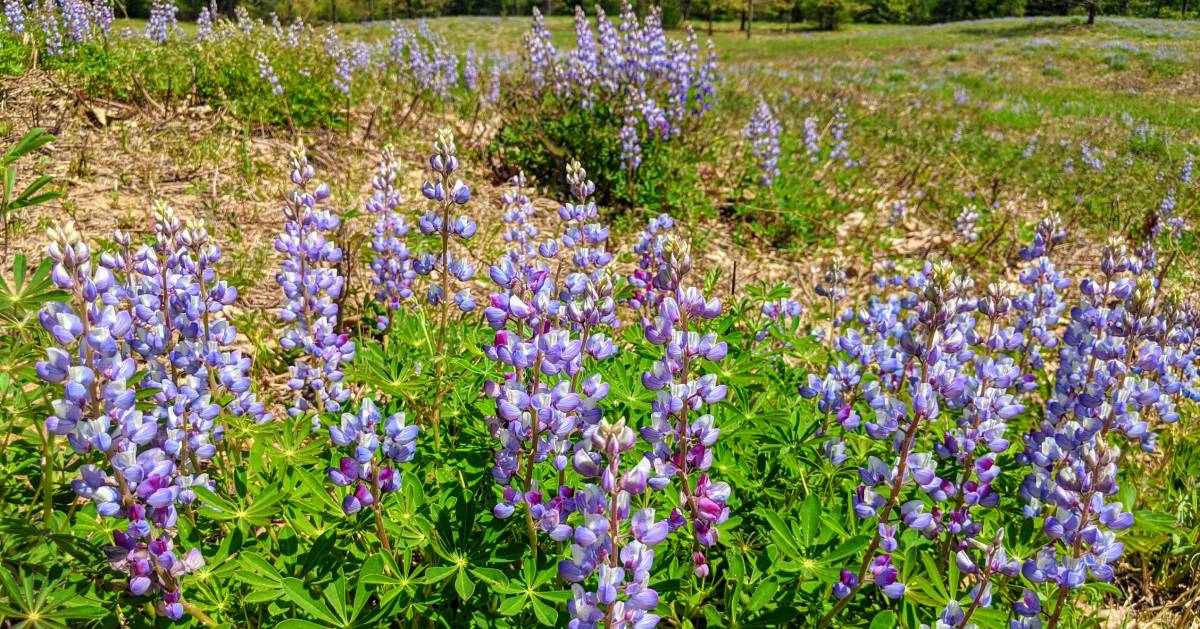 This preserve and park is primarily known for their conservation efforts of the Karner blue butterfly. The one-inch long blue butterfly is dependent on wild lupine to survive, as this is the only food they eat during the caterpillar stage. This blue-purple flowering plant grows in sandy soils located in open or partially shaded areas, such as at Wilton Wildlife Preserve; the only other area in the region that supports this habitat is the Albany Pine Bush Preserve.

In addition to the Karner blue, the Wilton Wildlife Preserve also supports the Frosted Elfin Butterfly (depends on the same habitat and lupine as the Karner blue), Blanding's turtle (a threatened species - the preserve is one of only three locations in the state where this animal can be found), the Eastern hognose snake (of special concern) and the Eastern spadefoot toad (also of special concern).

A History of Conservation, Education & Recreation 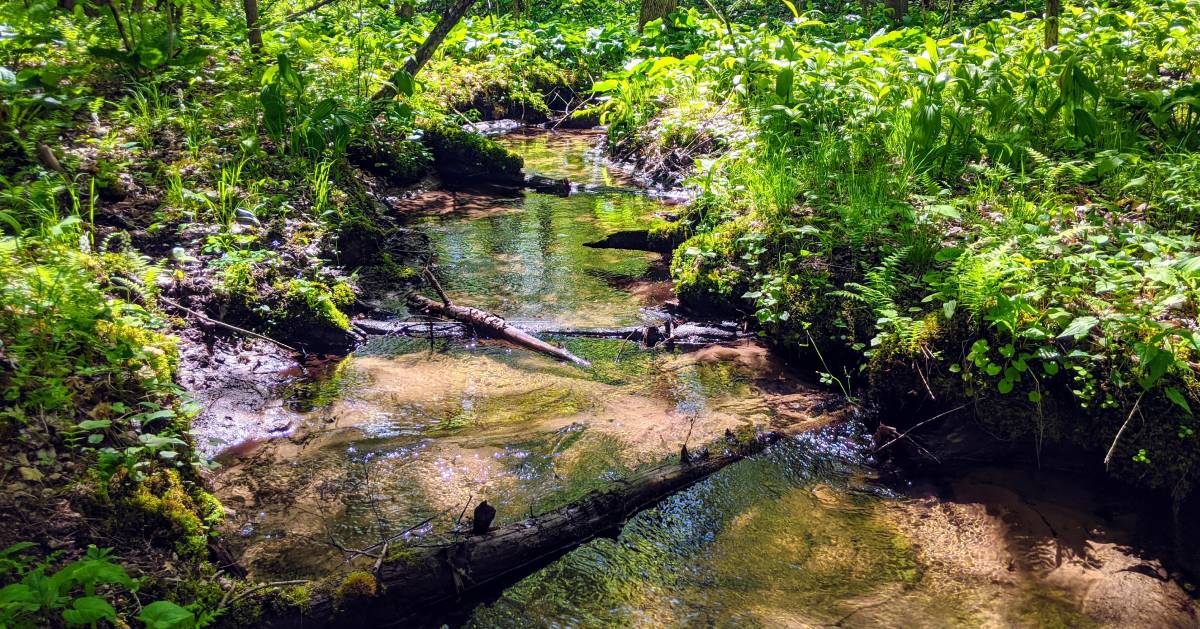 The Wilton Wildlife Preserve got its start in the 1980s, when The Nature Conservancy was working with the New York State Department of Environmental Conservation to identify and monitor populations of the Karner blue butterfly. In 1996, a 1.1-acre parcel that was home to the endangered species was auctioned off to the Town of Wilton who transferred it to The Nature Conservancy.

From there, the Conservancy, the Town, the DEC, and Saratoga County have worked together to conserve and maintain Wilton Wildlife Preserve and all it has to offer. The group created an advisory board that became incorporated in 1998, and a nonprofit in 2001. Today, an active Board of Directors guides the organization in its mission to protect lands, conserve species, and provide a place for environmental education and outdoor recreation.

As they say on their site, "The organization was founded on the premise of balancing people and habitat: providing both a preserve for nature and a park for the community."

Programs, Events to Enjoy & More to Look Forward To 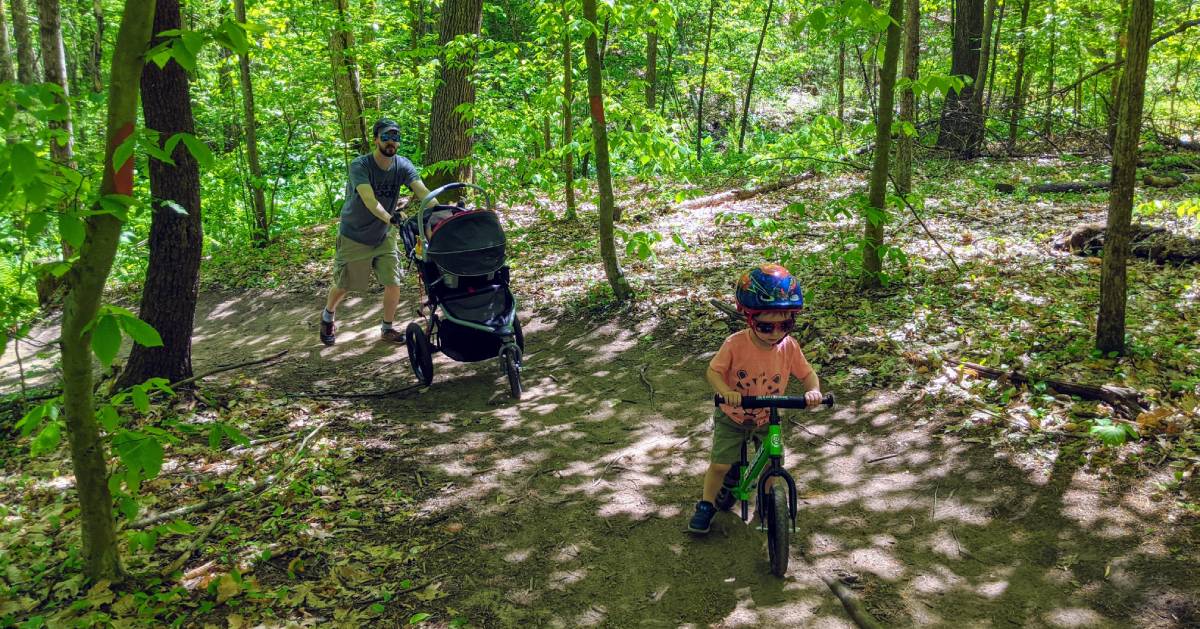 Discover a variety of outdoor and indoor programs, educational initiatives, and events that happen at Wilton Wildlife Preserve all year long. There's the Wilton Wildlife Festival in the spring, the 5K Fun Run Series in the summer (when they partner with Saratoga Stryders), and an 8K Snowshoe Race in the winter. Year-round programs they've held in the past include nature discovery walks, wellness walks, preschool nature hours, pond explorations, and more.

Wilton Wildlife Preserve is working to construct the Larry Gordon Camp Saratoga Visitor Center. This will serve as a focal point for visitors to gather information, find maps, and learn about upcoming events and programs. It's to be named after Larry Gordon, a long-time Wilton resident who spent much of his life protecting and enhancing Camp Saratoga. Visit their website to learn more about the preserve and consider volunteering or making a donation.

Check out the Zim Smith Trail in southern Saratoga County »

« Back to Hiking and Nature Trails