Summer came and went, and maybe you didn’t notice the corn growing tall or the pumpkins sprouting under leafy vines. But with school starting, the leaves changing and a nip in the air, you’ll be glad that the folks at Ellms Family Farm were on the case!

Preparing to deliver big fall fun is job No. 1 for this family, and they’ve got great ways to celebrate this exciting season of change. 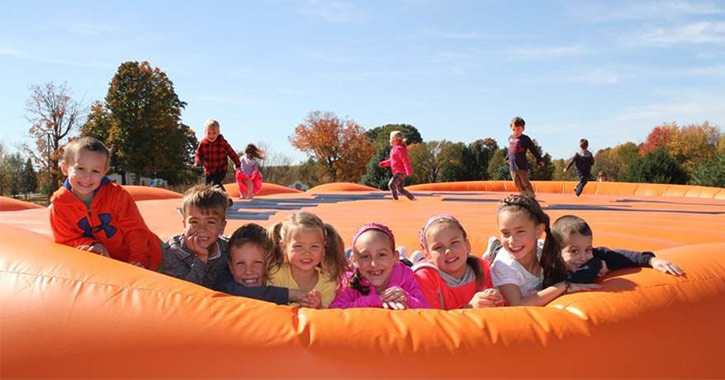 Speaking of change: That’s what keeps things so fresh at Ellms Family Farm, located a 448 Charlton Road in Ballston Spa. For the thousands of visitors who have come to rely on this Saratoga County gem to deliver the goods, something new is always there to surprise kids of all ages.

It’s not just a pumpkin patch or a corn maze that has turned Ellms Family Farm into the go-to place for families and kids every fall. Set on a gorgeous swath of agricultural land within easy striking distance of Albany, Troy, Saratoga Springs and Schenectady, this 240-acre farm has continued to cultivate a growing legion of fans thanks to innovation and expansion. 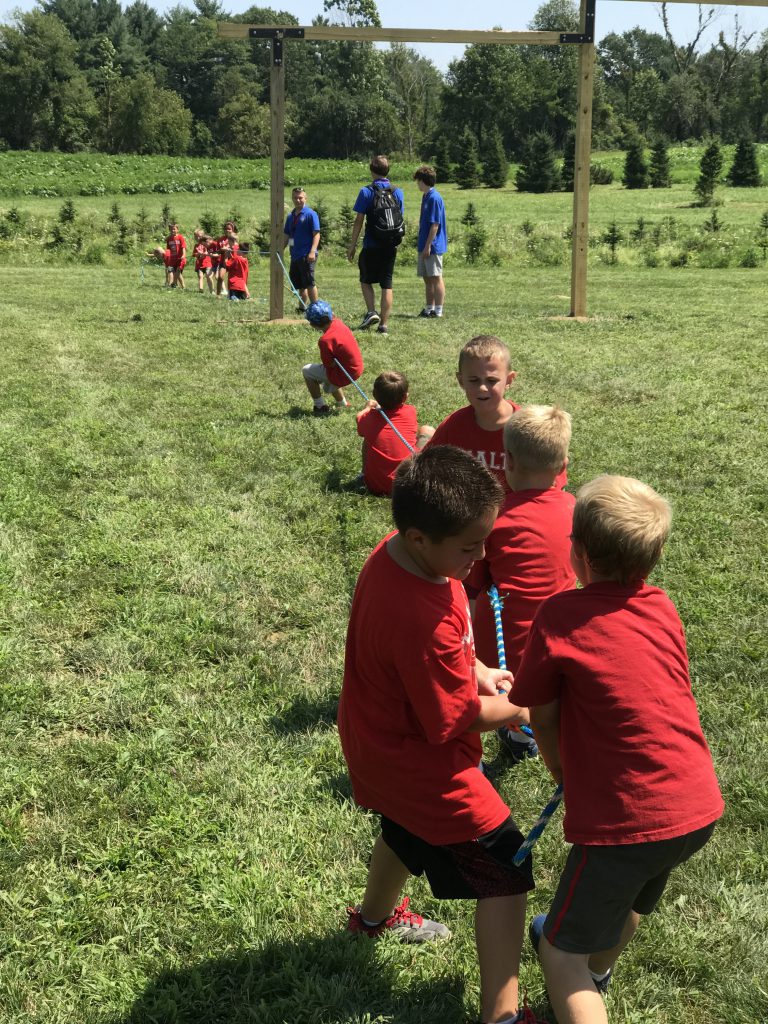 The Ellms family’s savvy knack for introducing new activities will be ready for another season come Sept. 15 through Oct. 28. More than 30 activities are offered on a daily basis when the farm is open for the business of autumn fun: Train rides, pedal carts, climbing ropes, gemstone mining and much more fun stuff ensures that kids and families can spend hours at Ellms.

“We’ve also added four mini excavators this year that are just like the real machines used to dig up the ground, so kids can get on these things and dig up the dirt,’’ said Garth Ellms, son of Ellms Family Farm founders Chip and Sally Ellms.

Anyone who has a kid, or who ever was a kid, knows the lure of a dirt digger, especially one that really grinds and digs just like the real deal. The addition of this attraction demonstrates exactly why Ellms sees so much repeat business.

Another new play area is the pirate ship. This is a 1945 boat that has been converted into the spitting image of a pirate ship, complete with a gang plank and a slide.

A Farm Where Creativity and Innovation Are Cultivated 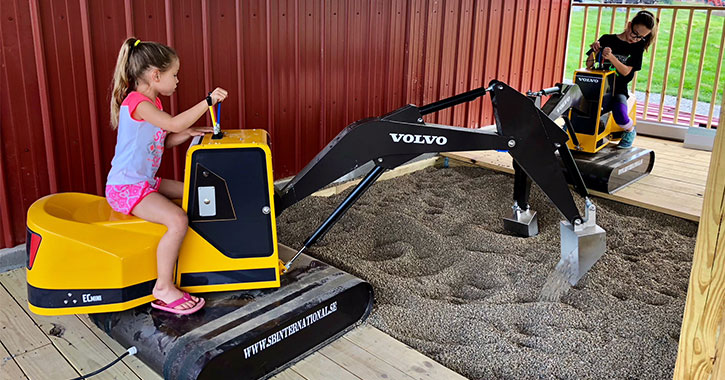 This year marks another development at Ellms, where Garth Ellms has commenced his reign as the primary stakeholder in the farm, along with the minority stakeholder status of his sisters, Ashley DiPaola and Sasha Presseisen. 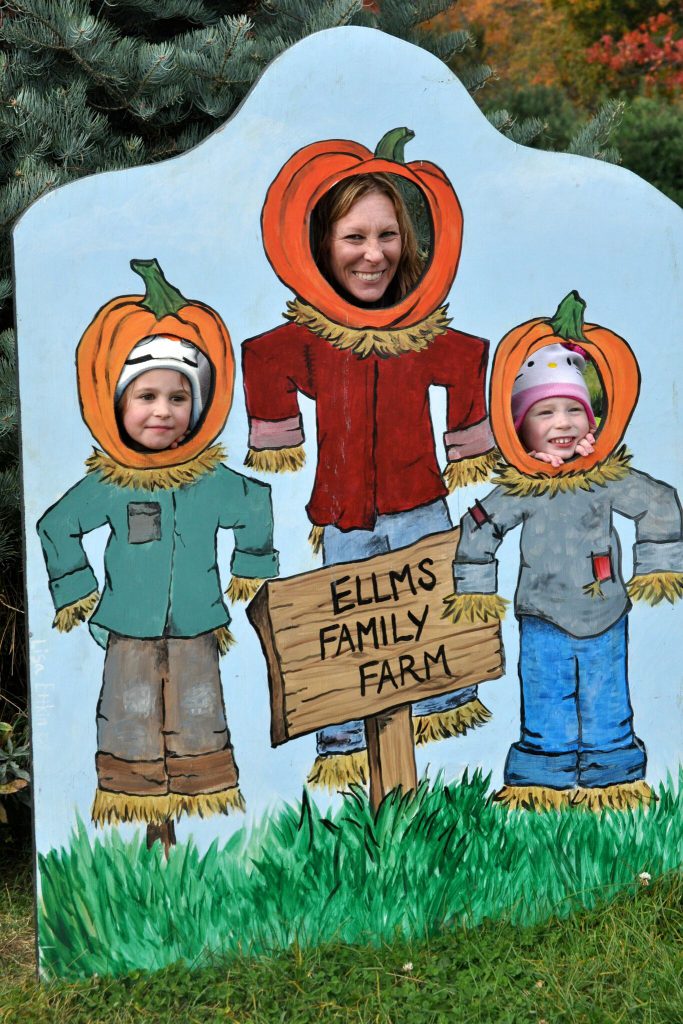 The loving start given to this tree farm-turned-agribusiness by Chip and Sally Ellms is now seeing innovation and expansion, thanks to the commitment of this next generation. Creativity and business acumen are in full view.

“We get a lot of our ideas about how to grow and make sure people find new things to do every year by attending conferences,’’ Garth Ellms said. “The most recent major conference we went to was in Los Angeles, where we went out for four hours in every direction to see about 10 farms. This is best way for us to conceptualize what would work well for us, by seeing farm operations similar to ours.’’

While the plan was for Garth to assume majority run of the farm as of January 1, 2019, he and his sisters ramped up their roles in 2018. The rewards already seem to be coming to pass. Ashley and Sasha, who live side-by-side on the farm in gorgeous homes, have introduced two new ideas: A fairy house contest and scavenger hunt. 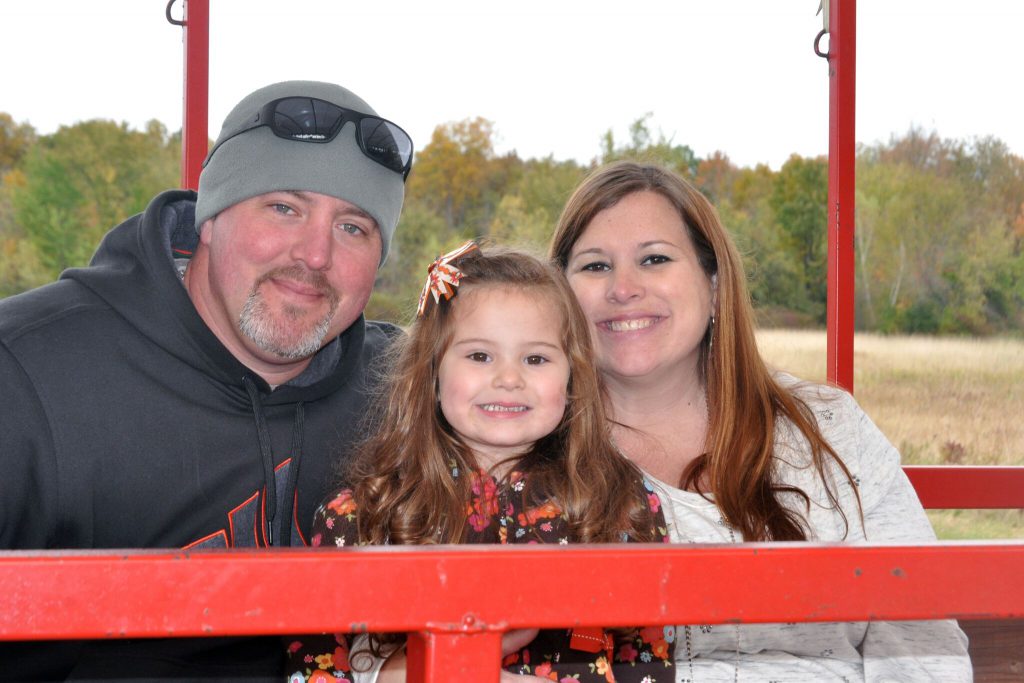 “The response has been incredible,’’ Garth said, adding that soon after they posted the fairy house contest on the Ellms Family Farm Facebook page, they were inundated with people who wanted to be part of the fun. By incorporating ideas that they saw in places like Cape Cod and Rochester, DiPaola and Presseisen are pushing the boundaries and adding exciting elements to Ellms.

One of the best parts about these added features, along with the train rides, is that 50 acres of the farm are now in use for the fall season.

“We continue to add things that spread the use area out so that kids and families can roam and really feel like they’re out on the farm,” Garth Ellms.

Further enhancing the family’s ability to add attractions, Garth Ellms said, is that while the farms sees solid growth in attendance every year, the family pours “100 percent of what we make back into the business.’’

“We all have jobs off the farm,’’ Garth said, adding that the “hobby” of owning a farm has turned into an agribusiness with new goals in sight. 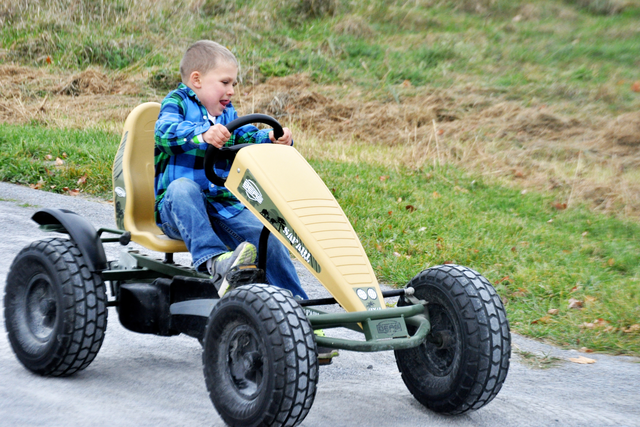 The fall season is a huge part of the farm’s economic viability, with the original tree farm aspect of the farm a contributing factor, too. But Garth Ellms has a broader view of how Ellms Family Farm, and other agricultural land in Ballston and other Saratoga towns, plays into the long-term vision for the area. 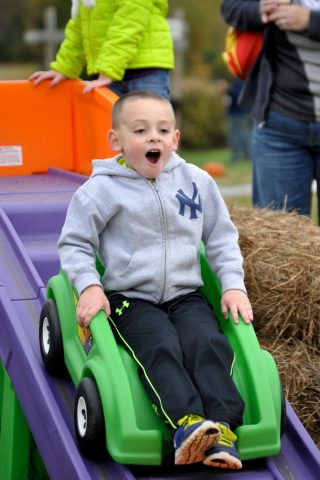 Pressure from housing developers has put towns like Ballston and other Capital Region farming communities in play, as places like Clifton Park and Saratoga Springs experience growth. In that vein, the Ellms family is among those who understand the unique opportunity to preserve farmland so that it can be used for agribusiness.

What makes a trip to the Ellms Family Farm — in addition to all the fun stuff to do once you’re there — is that is sits among hundreds of acres of farmland.

“We’re protected as a rural community, and we want to protect more of this land so that the experience of farm life is preserved,’’ Garth said.

With such a dynamic approach to farming, family entertainment and making the most of their rural community, it’s no wonder that Ellms Family Farm continues to be an innovator in the agribusiness sector.