Visit Saratoga.com For Everything Saratoga
Enter Giveaways Advertise
Note: Saratoga.com is not responsible for posts and comments written by non-staff members.
Home  »  art  »  Monday Rant: BUSK We Must! 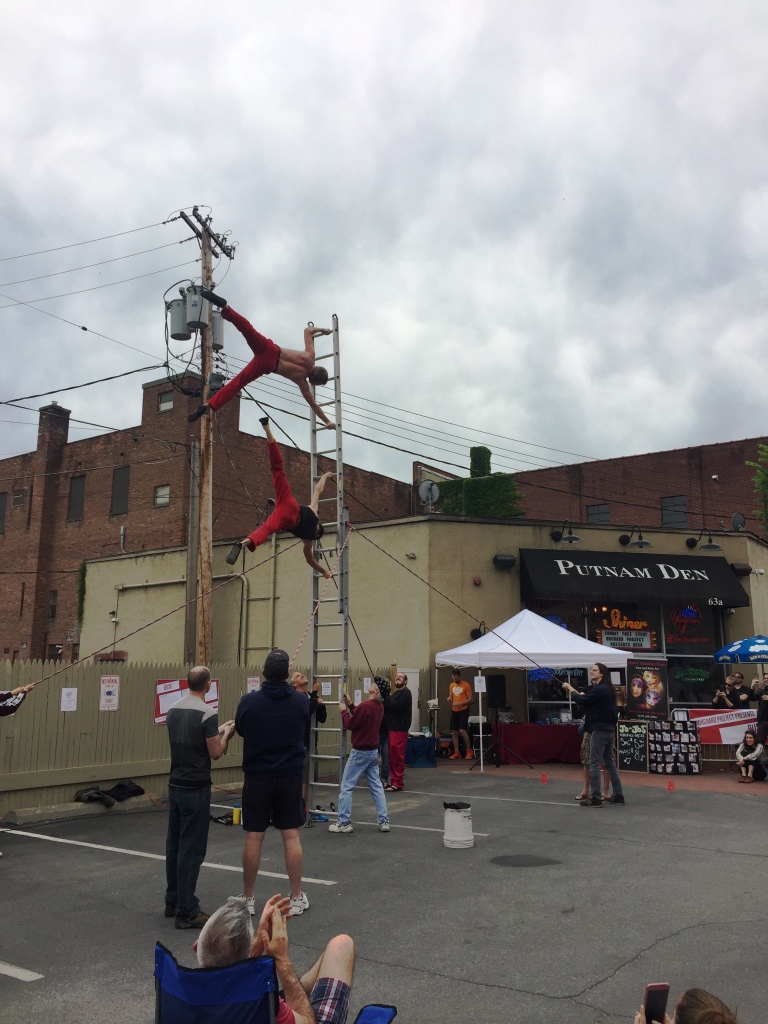 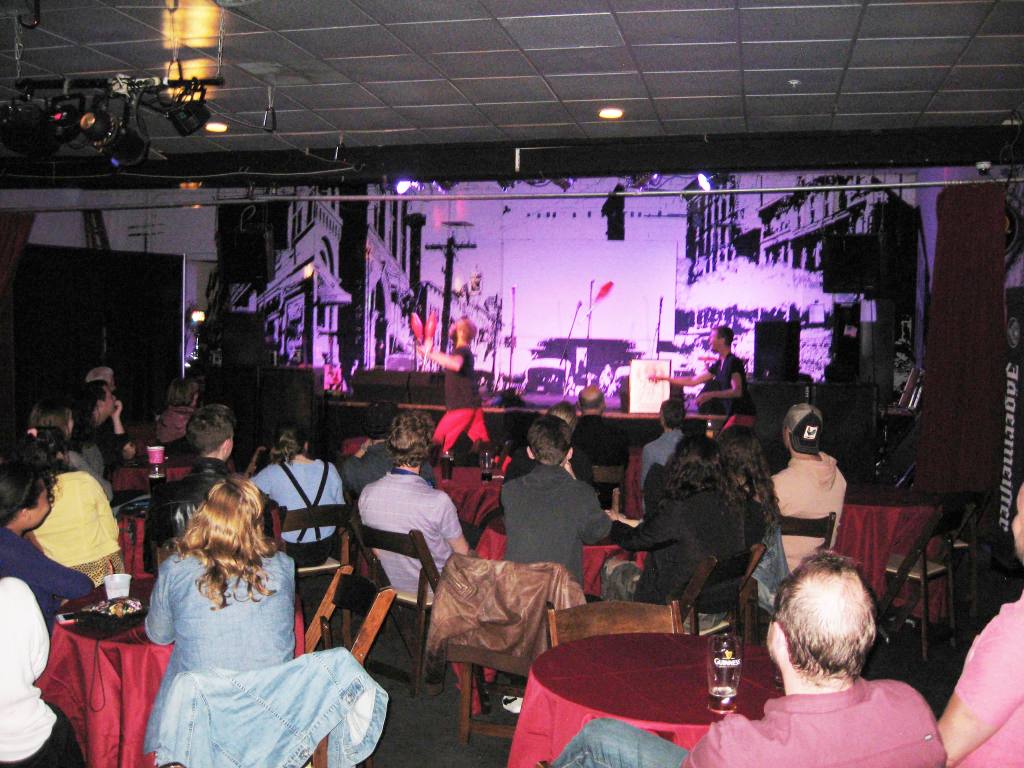 (The above definition is provided as a public service to the know-it-all knuckleheads where I used to work, including a miscreant, self-styled music ‘expert/blowhard’ all of whom insisted at an editorial meeting that the term “busking” was a figment of my imagination. Take that!)

This meeting, the one where my (alleged) colleagues were ALL WRONG and ignorant to the term, was around the time that the City, via it’s Arts Commission, was contemplating some ordinance to regulate street performances. At the time, the most charitable term for this effort that I could muster for the Arts Commission and City Council musings was ‘ill-advised.’

In the periodic table of humanity, street performers are like the element Mercury: Dicey to move, and near impossible to pick up. Try it for yourself.

Further, street performers have been around as long as there have been streets. Check your Gilbert + Sullivan, class:
“…A wandering minstrel I —
A thing of shreds and patches,
Of ballads, songs and snatches,
And dreamy lullaby!
– The Mikado
Gilbert + Sullivan

Too highbrow for you at this hour, class? Consult your Disney then. In Mary Poppins are we to believe that Bert the Chimney Sweep is beloved for his ability to sling soot, yet God forbid he break into a song and dance routine!

No, Bert is beloved for the total person that he is… at least as much for his talent as his ‘broomsmanship,’ perhaps more so.

The point is: Talent will come out.

On any pleasant evening, along Broadway, you see all kinds of buskers. You see young violinists dressed as if they were ready for symphony hall; jugglers + mimes; acoustic and electric musicians of all stripes… a cornucopia of eclectic offerings. Some might not be your cup of tea; some may not be mine. Fine.

That’s why we were given the gift of mobility – which we also employ at ‘sanctioned’ STREET events like Hats Off and Victorian Streetwalk when we don’t like something… We move on.

And yes, I do recognize noise is an issue. Just as it is with drunken louts who spill out of Caroline Street bars at 3:30 am, seemingly for no other purpose than to regale us with their winning rendition of ‘Sweet Caroline’….

Which is the next point: The existence of a robust, in some cases highly creative street performer colony is indicative of a healthy vibrant city. 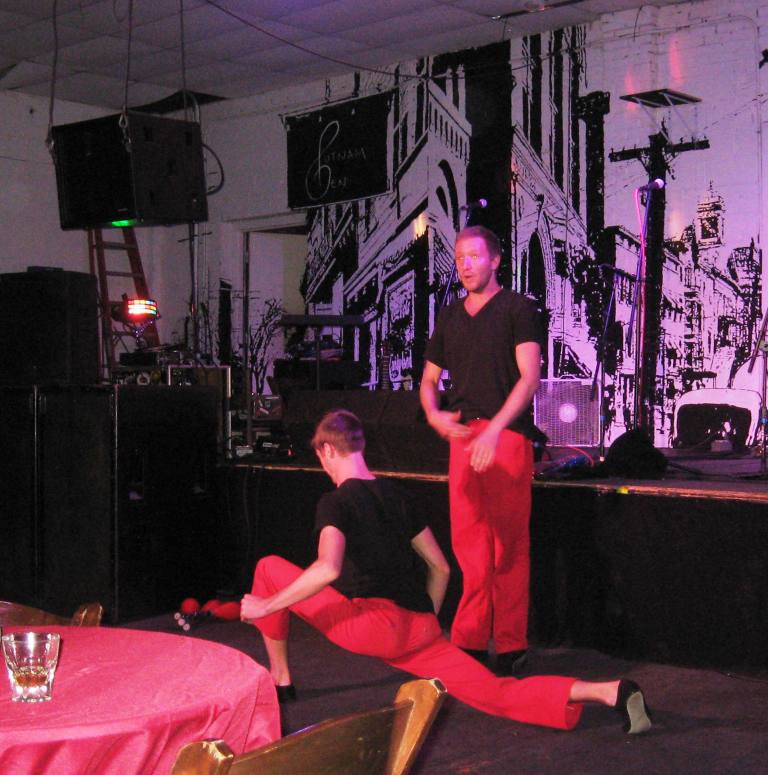 This is because artists and performers have a long established track record of homesteading, energizing, and revitalizing blighted neighborhoods from Brooklyn to East Nashville. Civic leaders record in this area? Let’s be kind and call it ‘spotty.’ Remember urban renewal? How’d that work out for everyone? 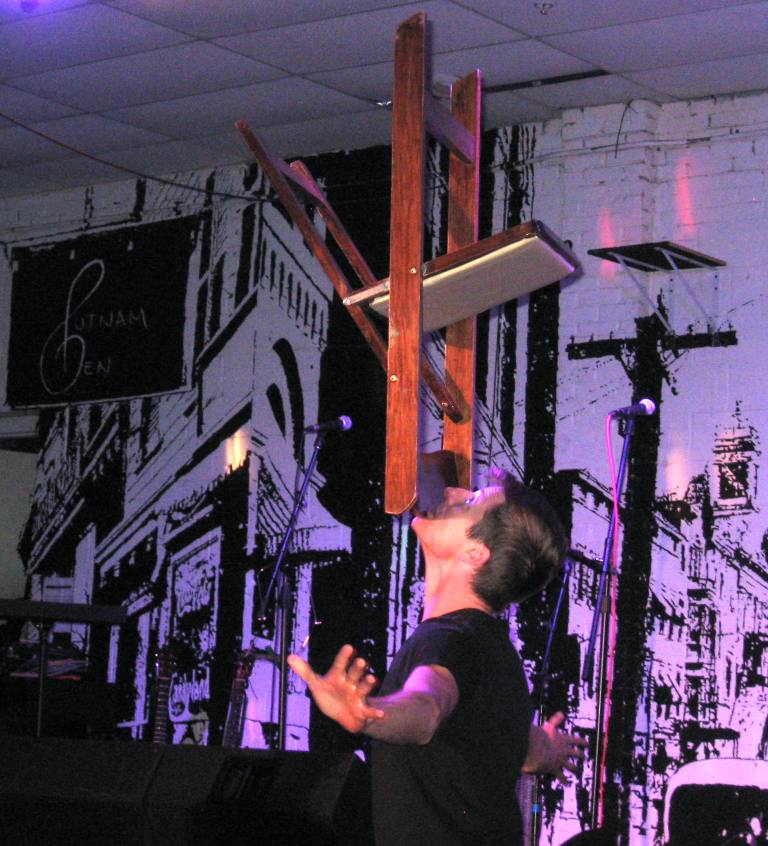 And now class, it’s time for the portion of our lesson today which we call ‘Get Real!’- wherein we identify, and perhaps smite, the elephant in the room.

– A portion of the herd has extremely higher than average scores on the (pat. pending) Planet Arthur snootiness + pomposity meter. Often approaching the red zone… Put simply, these elephants are also known as ‘snobs.’

Interestingly, these snobs often adopt this moniker with great pride, and are often proud to share, indeed inflict everyone they see with their belief system.

– Trait number two is simple: These elephants don’t like what these performers look like, for some resemble members of the City’s vagrant and/or homeless population.

There, I said it. Now Get Real.

Look, there’s no doubt some of our Town’s buskers are homeless. So are some of our lawyers, and journalists from time to time. Yes, it’s hard to believe, I know. But true.

And what’s also true is that many buskers are not homeless at all. But what is universally true is that street performers are attempting to eke out a living, and doing so in a passive benign manner that threatens nobody.

What exactly happened to our sacred values that we place on ‘American ingenuity’ and free enterprise?

Homelessness and vagrancy are real life issues that we should be spending our energy and resources to resolve – not chasing a kid with a guitar up the street for goodness sake! 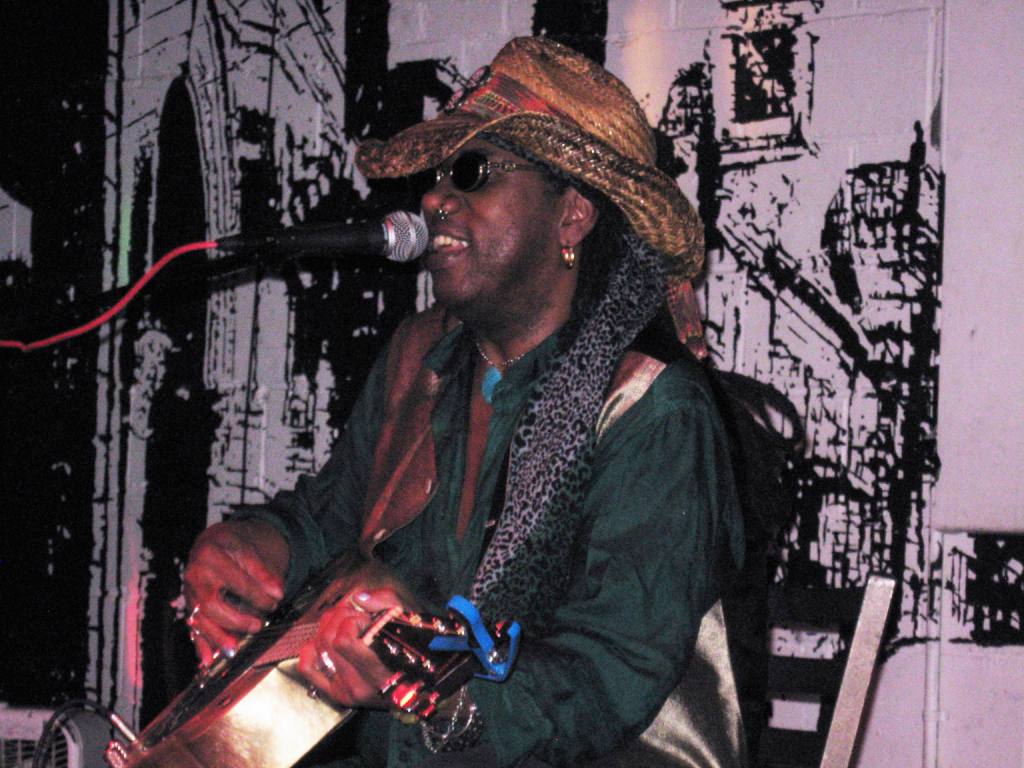 Now why do I raise these issues, well after a watered-down street performer ordinance has long passed? Because the same anti-progressive elements are at work today.

Yesterday, Two progressive entities: The Orchard Project and Putnam Den, got together on a dynamic variety busker program – which we were happy to preview on May 24: (https://www.saratoga.com/daily-planet-arthur/2017/05/busk-a-saratoga-event-of-street-performance-cabaret-coming-june-4/

They took over the Den’s parking lot in the afternoon, and then moved inside for an evening of music, acrobats, and other entities.

And you know, it was teriffic. Also, society did not collapse, the world did not end. So kudos to Ari Edelson and the folks at The Orchard Project; and Tiffany and Jon Albert from Putnam Den for putting on a tremendous exposition of great performers.

It was a variety show in the classic tradition of Vaudeville. Not the end of the world as some would have had you believe when the afternoon programming was first sited on City property- The Visitor Center. Double kudos to the Albert’s for stepping in and offering their place when the forecast was iffy in the afternoon. As it turned out, the weather was fine.

But when (not if) something like this comes to town – at least a portion of it should be visible.

Which means Broadway. And this City, which wants to be known as an Arts destination, should without question make the Visitor Center Front lawn available, and not succumb to a small group of wet blanket whiners who want to throw a monkey wrench into the works, which multiple sources indicated to me was a factor.

But unlike most rants, I have a solution to the whining and nay-saying.

Call it a Carnival! Even negative Nelly’s (or elephants) like carnivals. Sell funnel cake if you have to… and peanuts of course.

Yeah, that’s it – a carnival. Of course, the best-laid plans…

“Look at that Carney, Edna… Probably a homeless vagrant.” 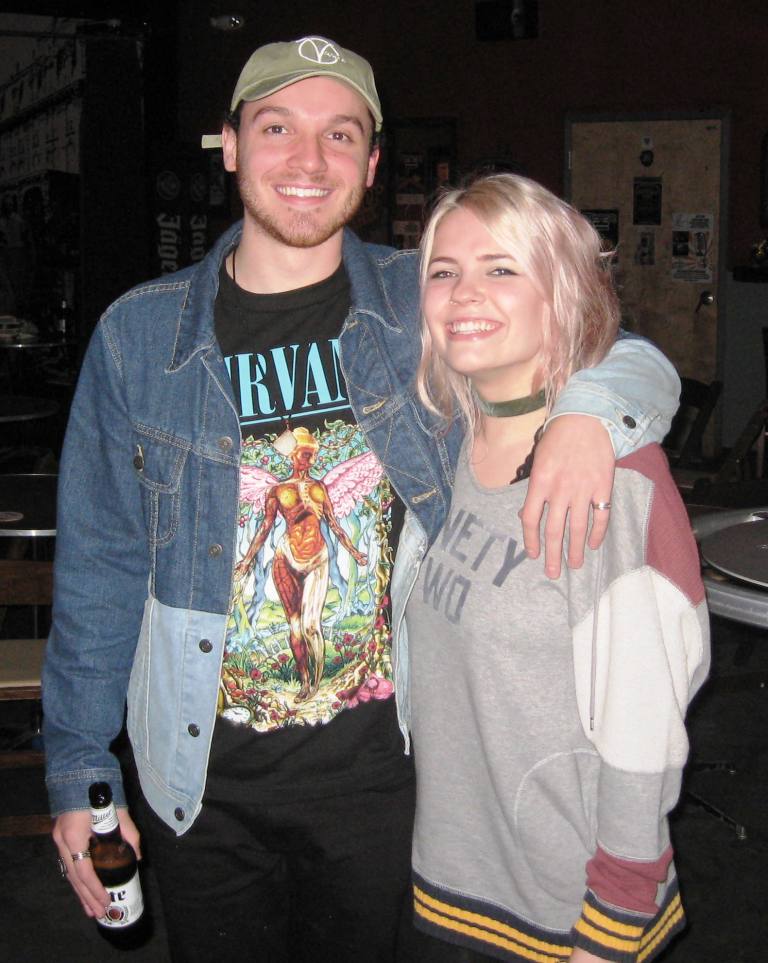 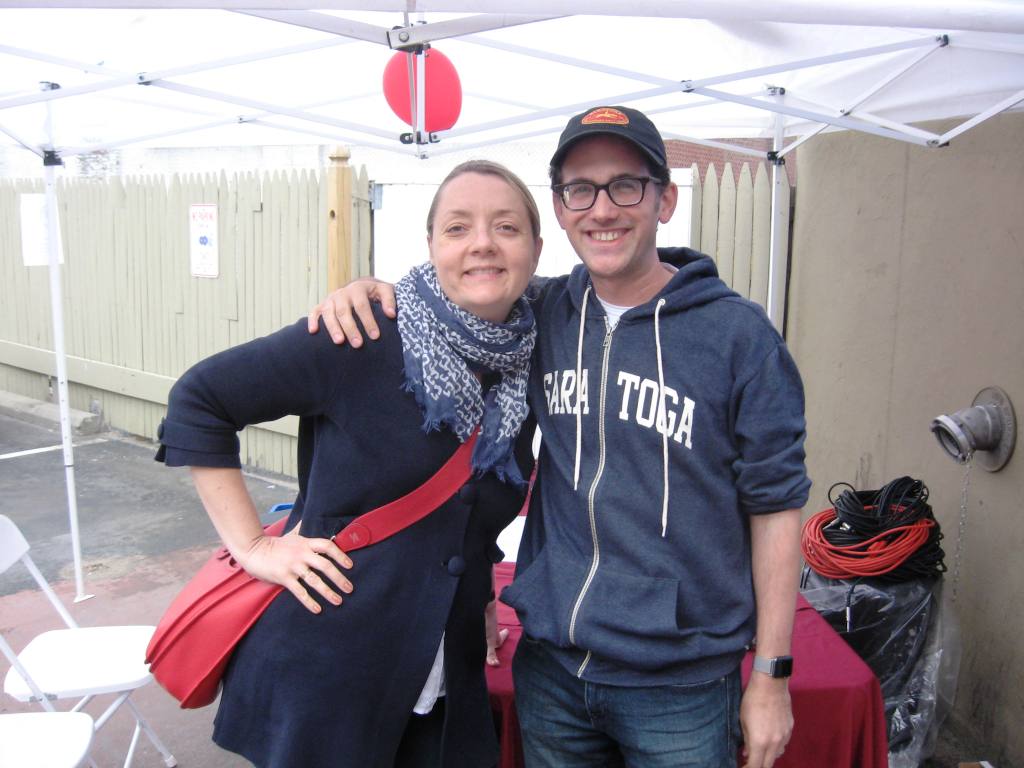