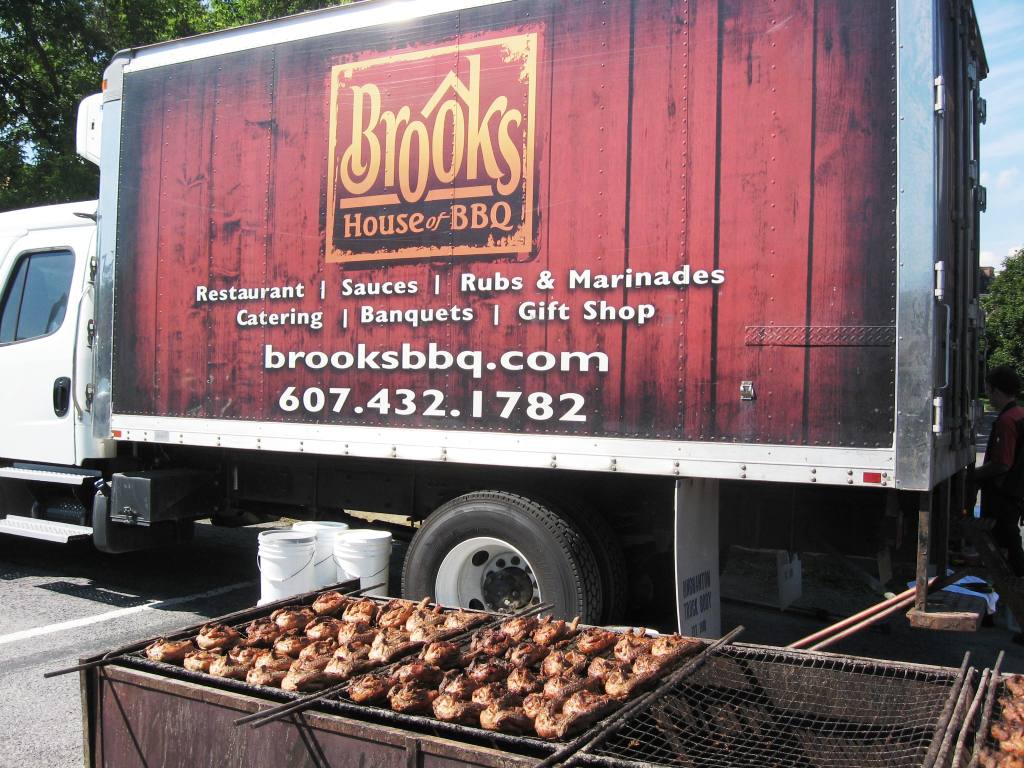 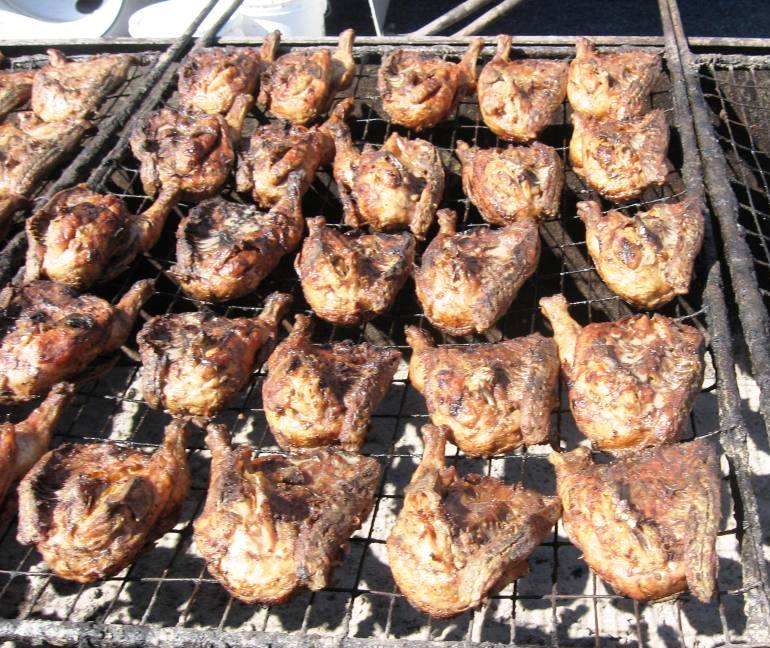 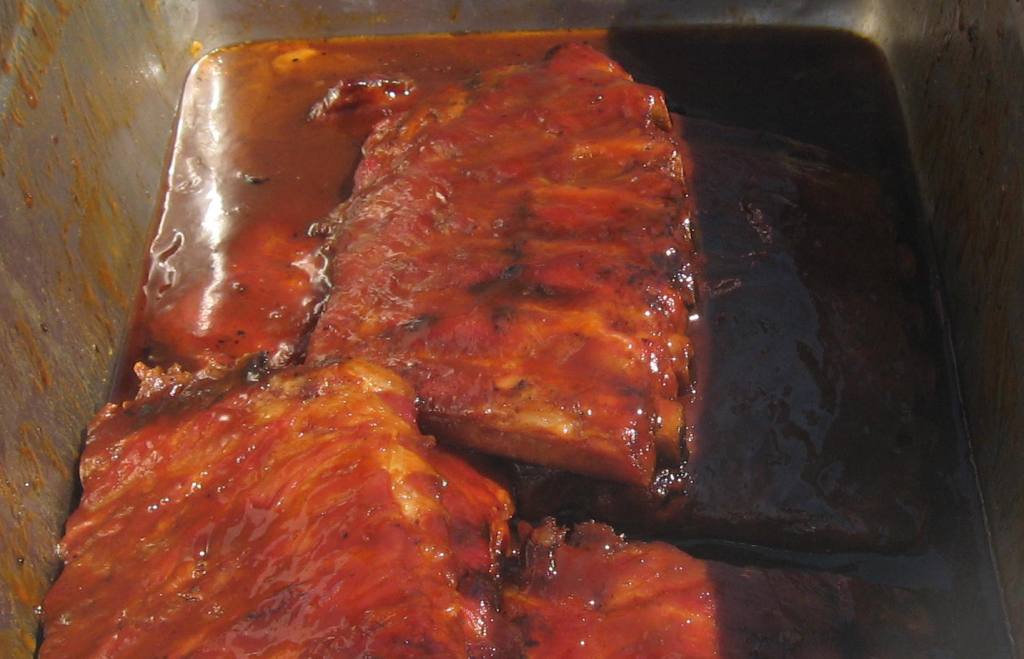 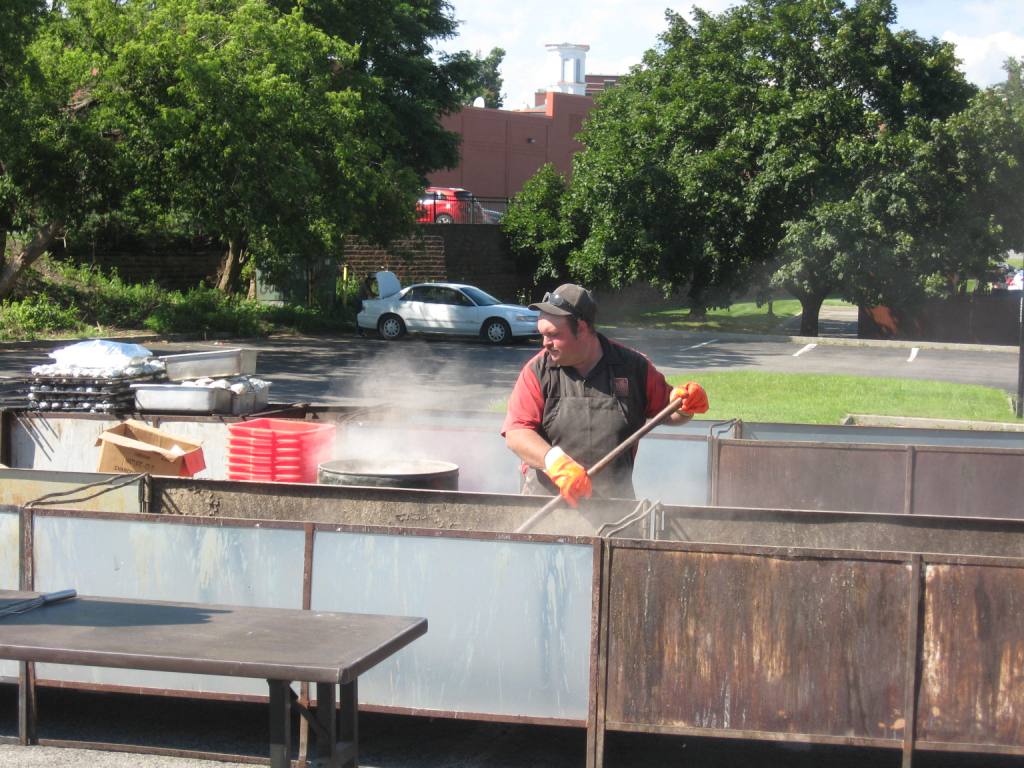 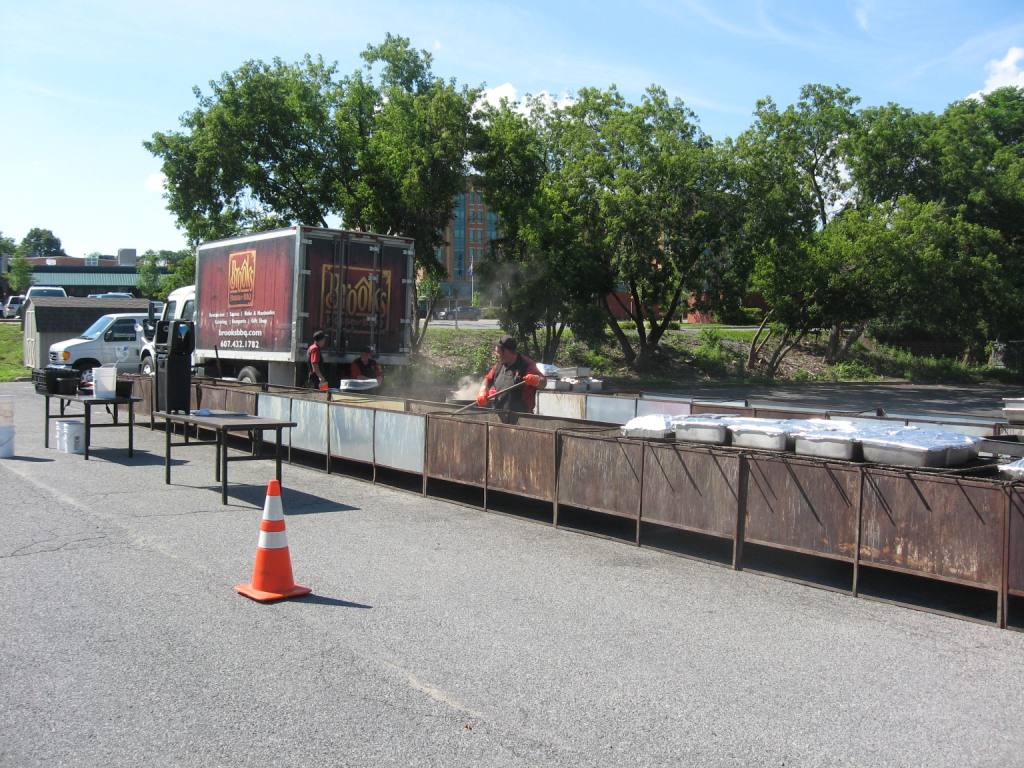 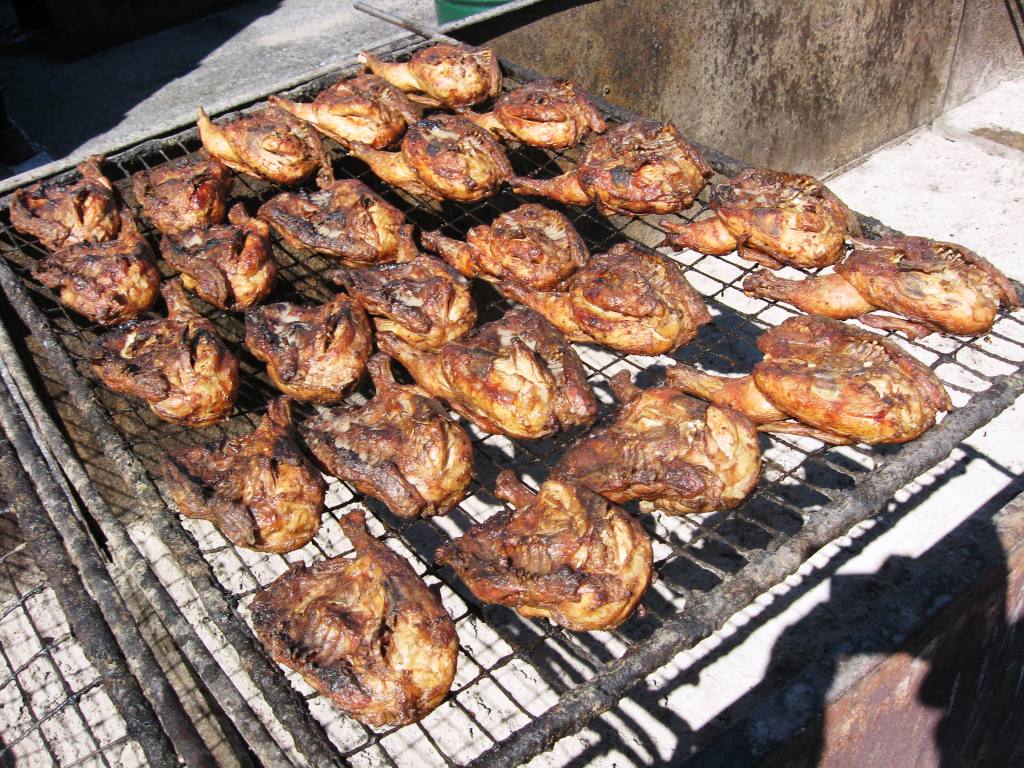 This one’s been on my calendar for a long time.
For, if you give me any chance to help BOTH The Saratoga Senior Center and Saratoga Children’s Theatre – well, you know i’m there! 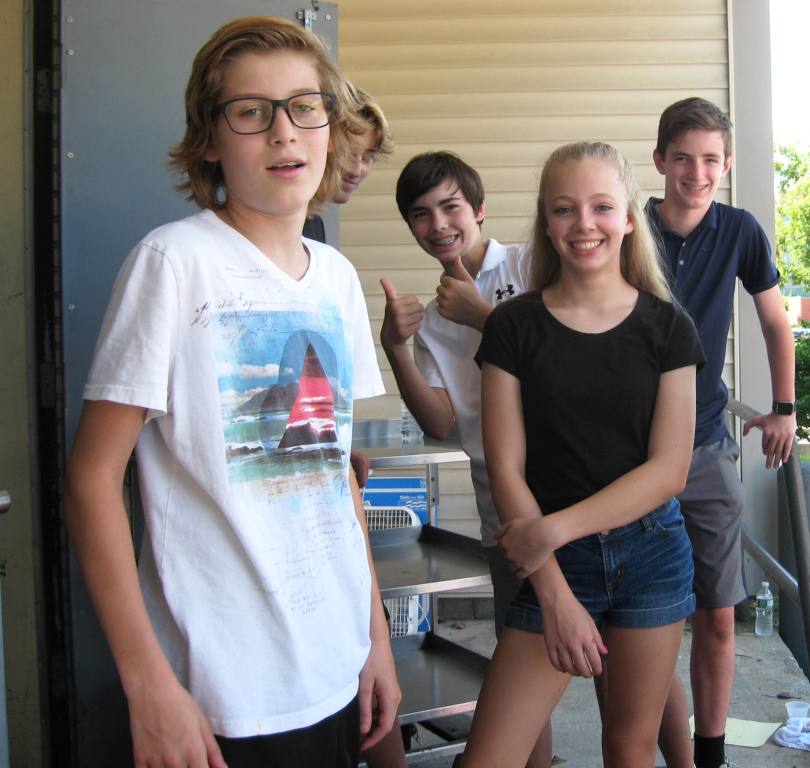 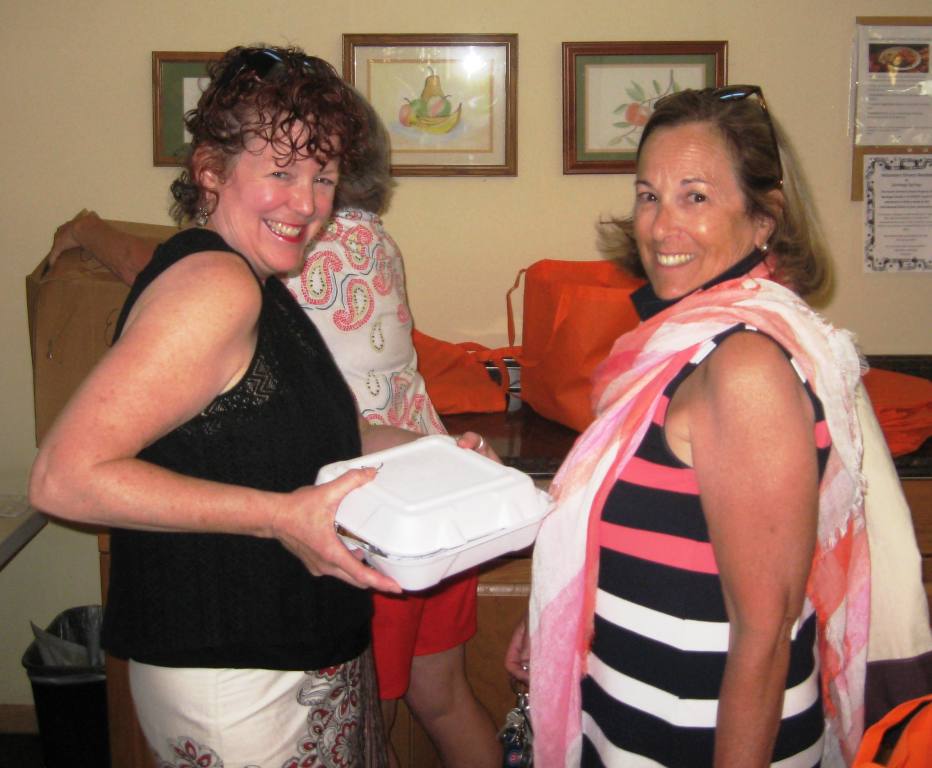 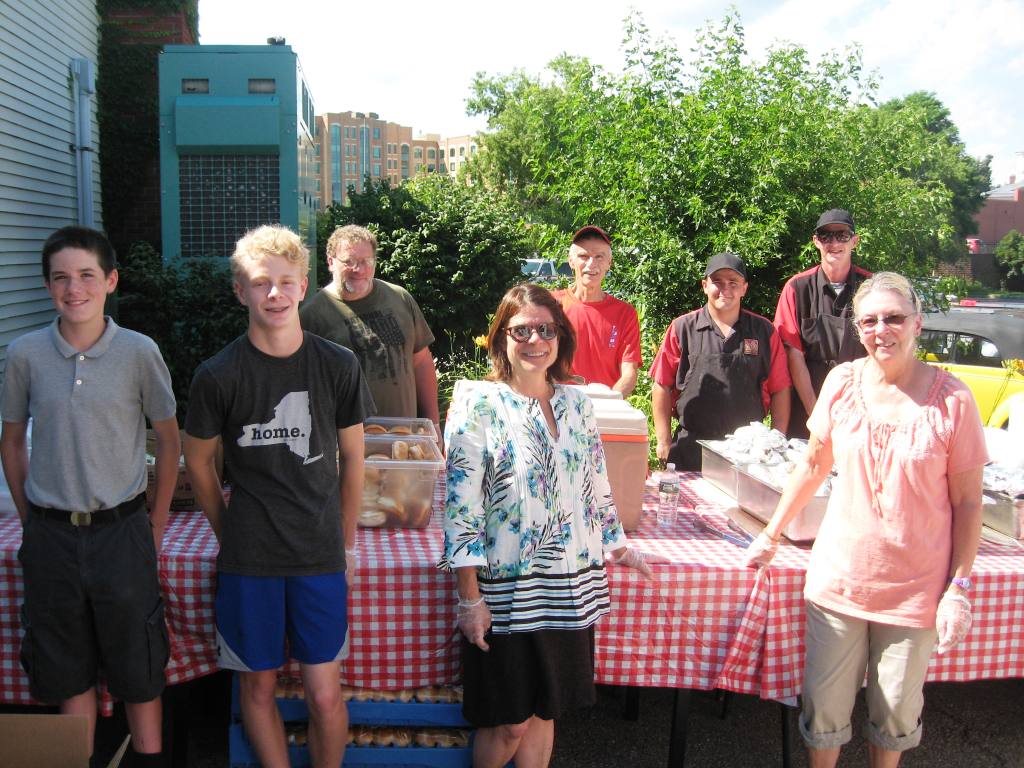 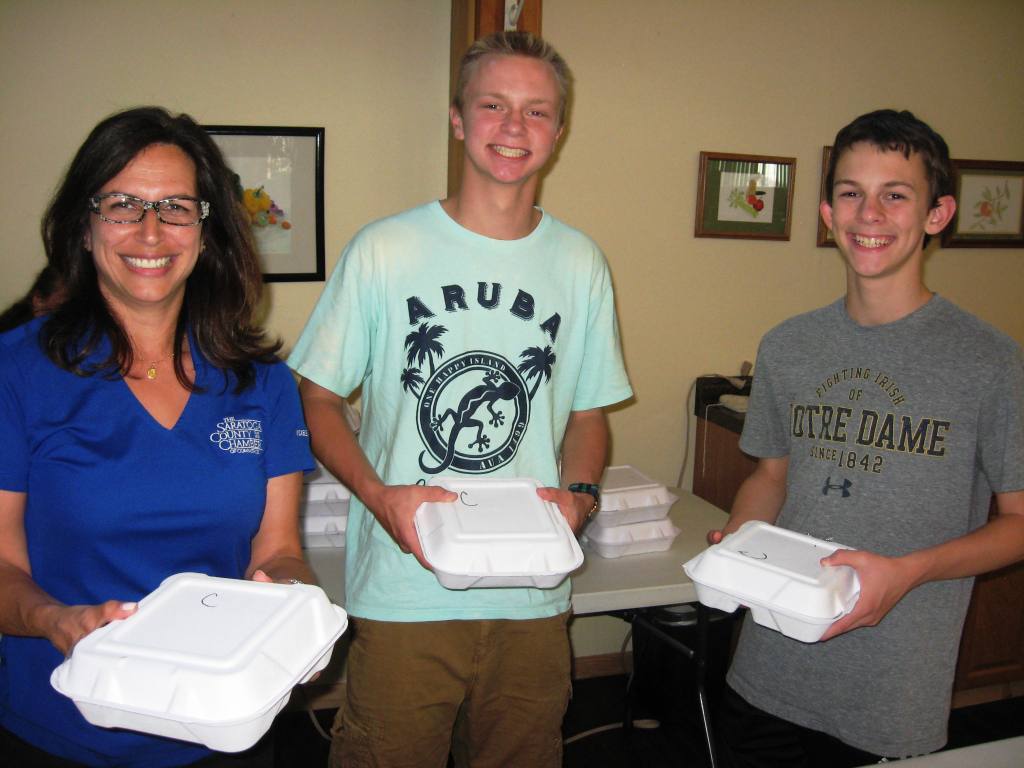 But throw in some Brooks BBQ, and I show up early!
And i’m not the only one… 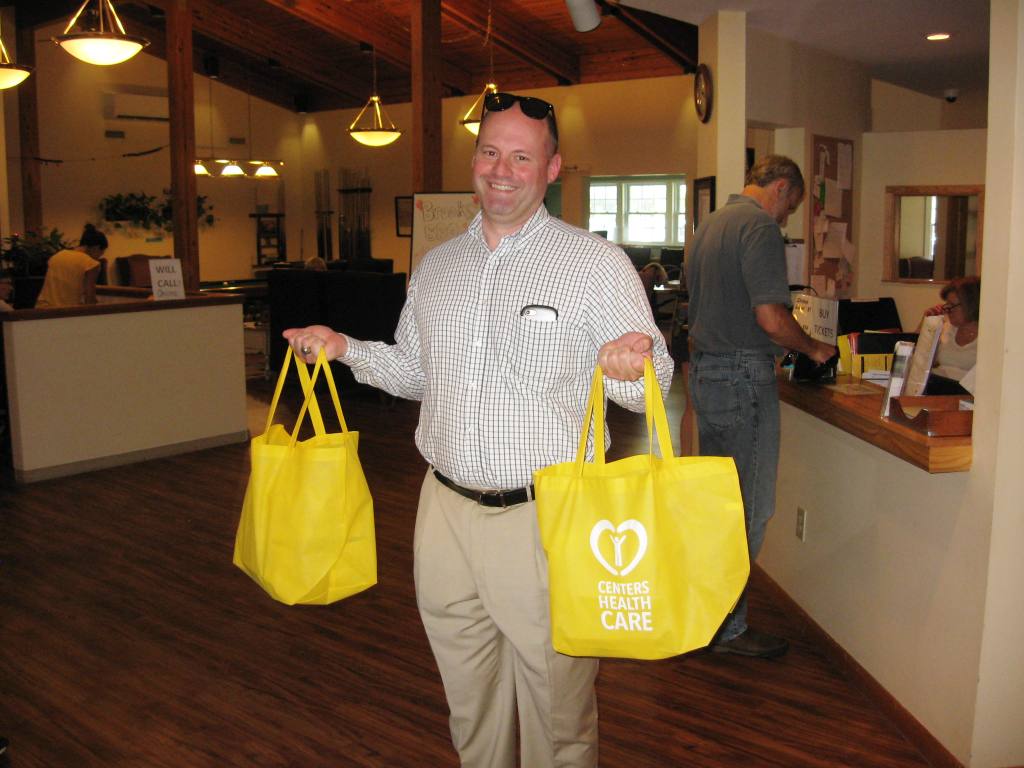 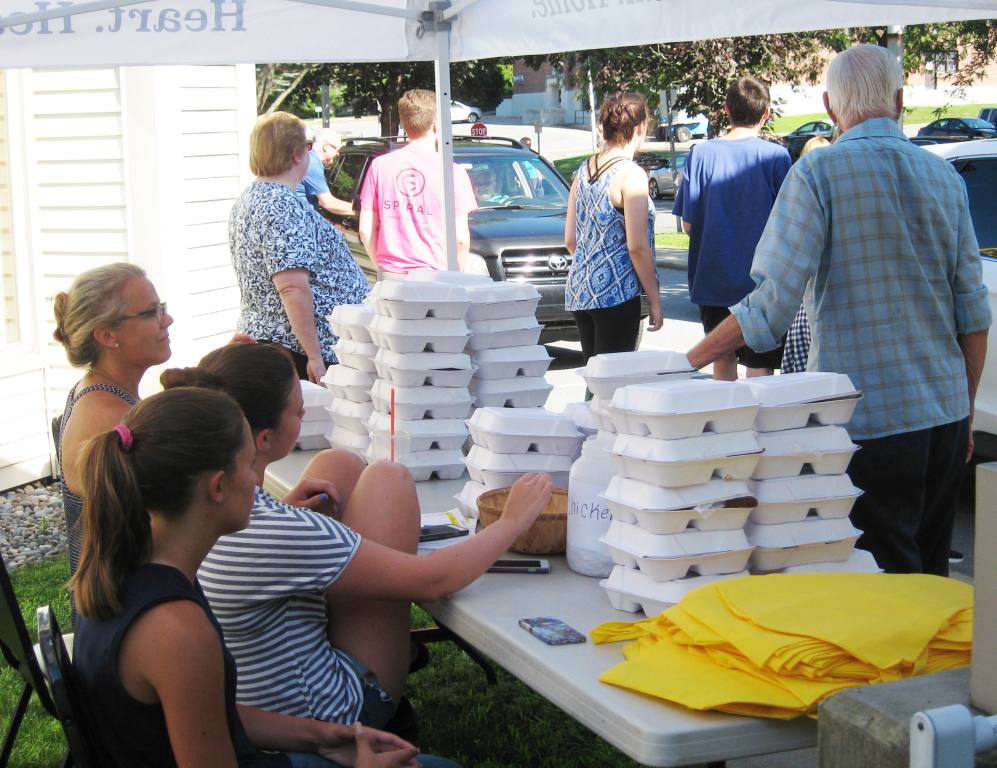 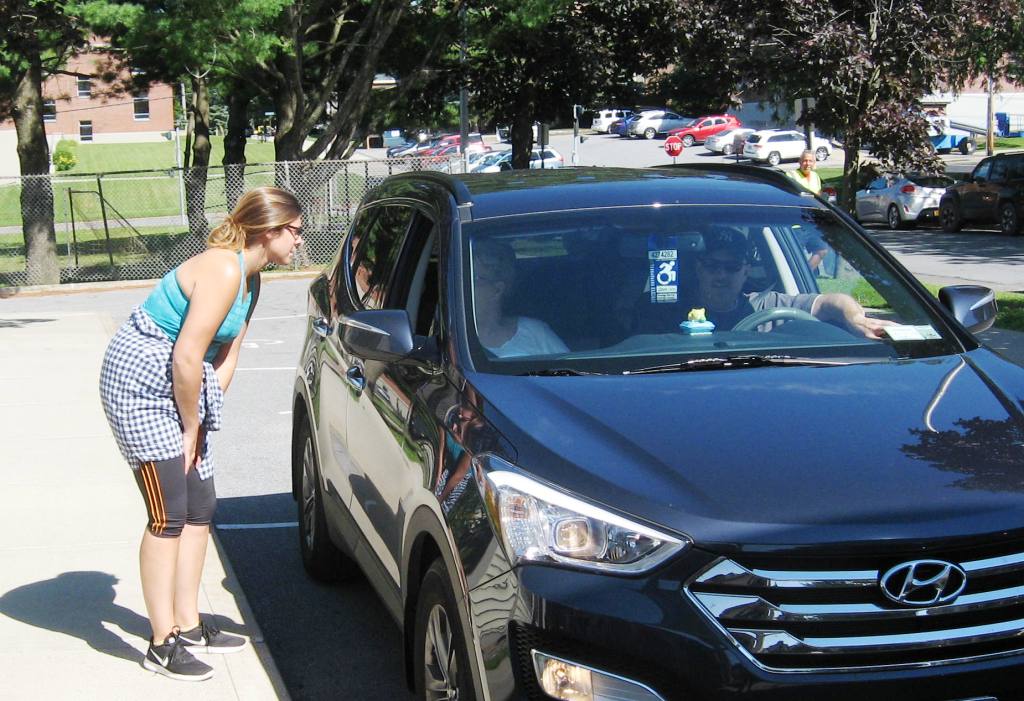 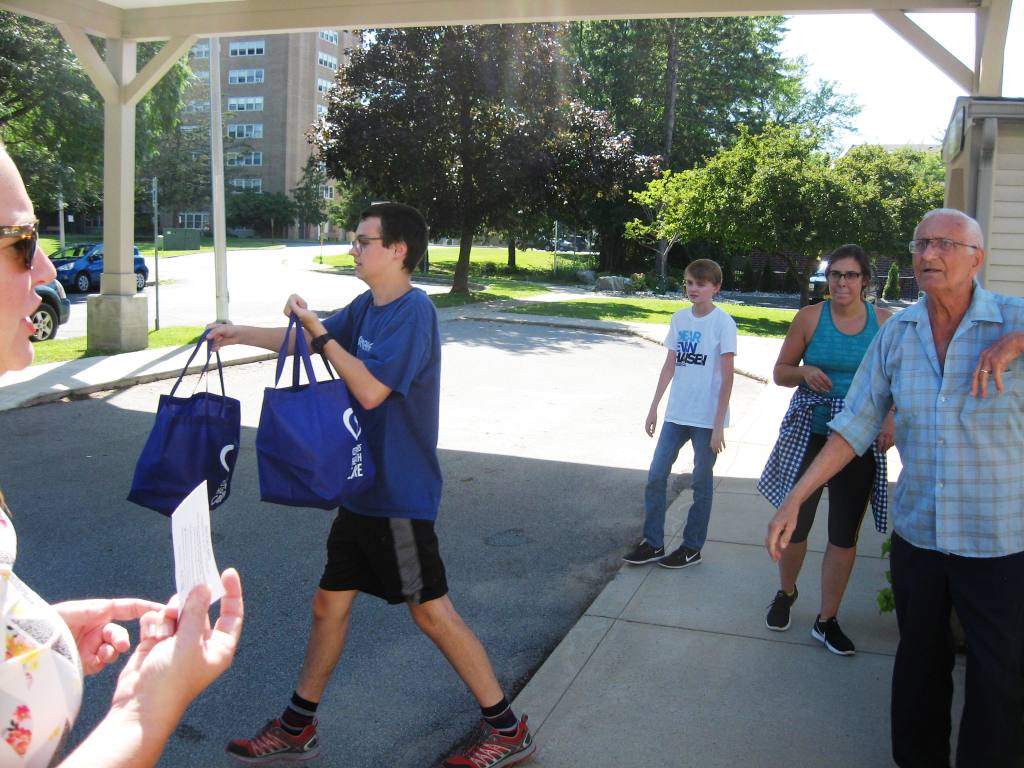 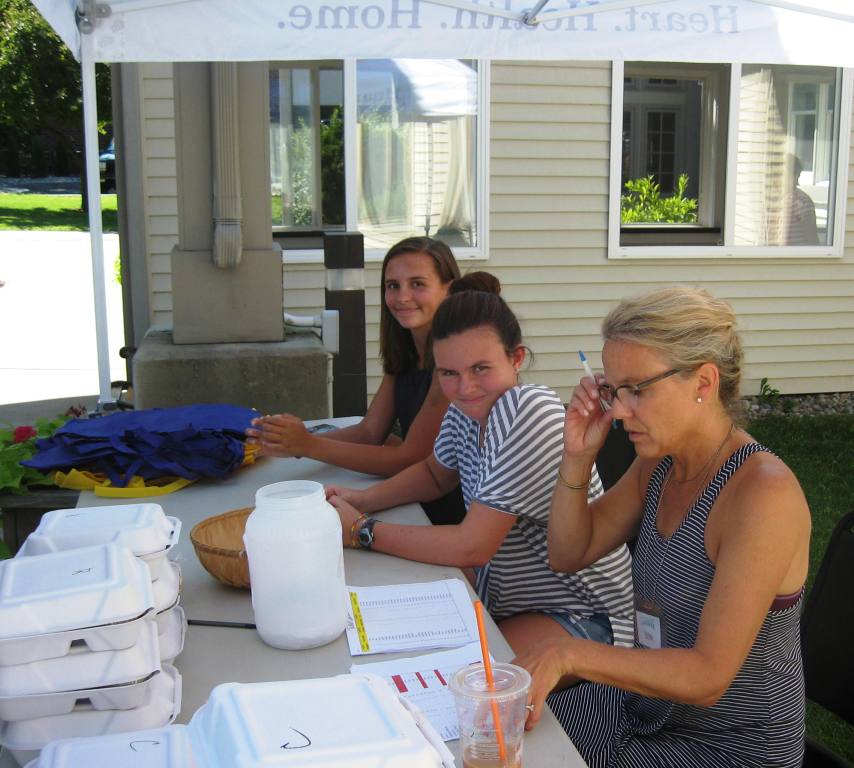 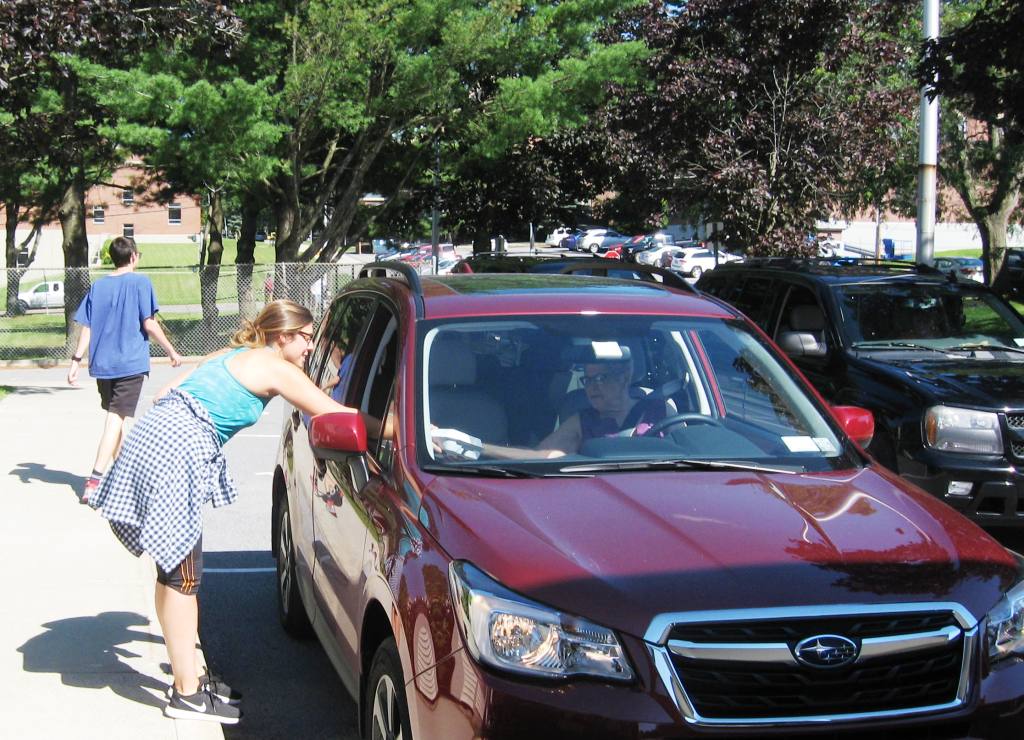 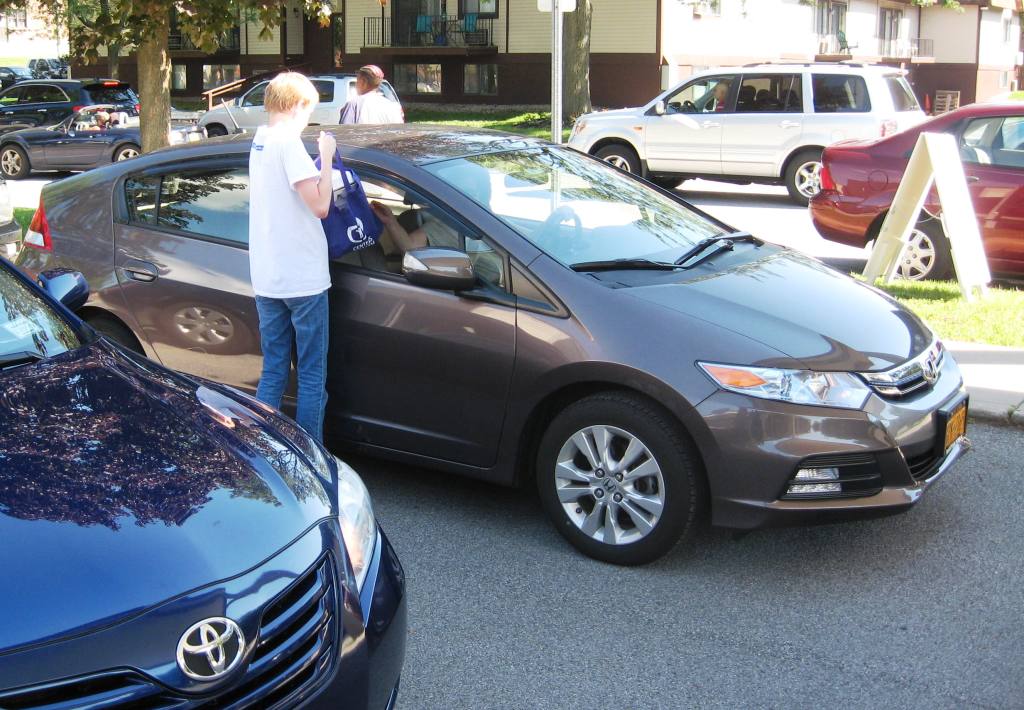 They stop in, sit down and visit. They take it home, frequently picking up curbside where the runners greet them with a smile and your choice of chicken or ribs… I used to volunteer to pick up everyone’s for the office, just to get that aroma in my car! 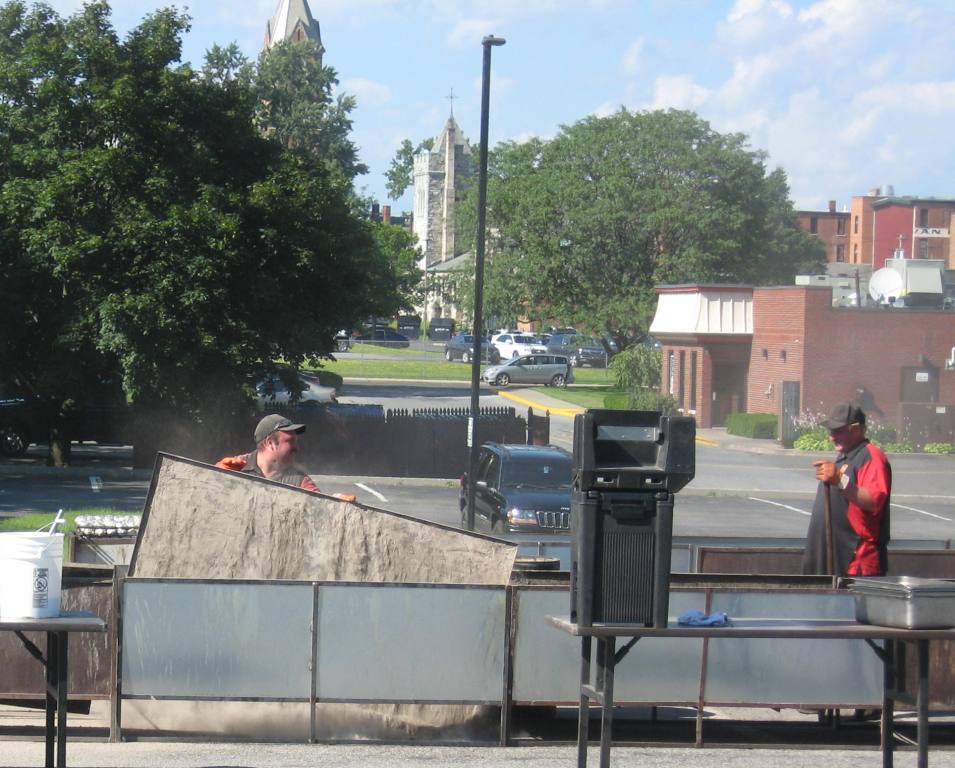 Let let me take it further: The day Brooks BBQ comes out with either a) a car air-freshener or b) a cologne – I am cleaning the shelves out.
Yeah, I’m a groupie… 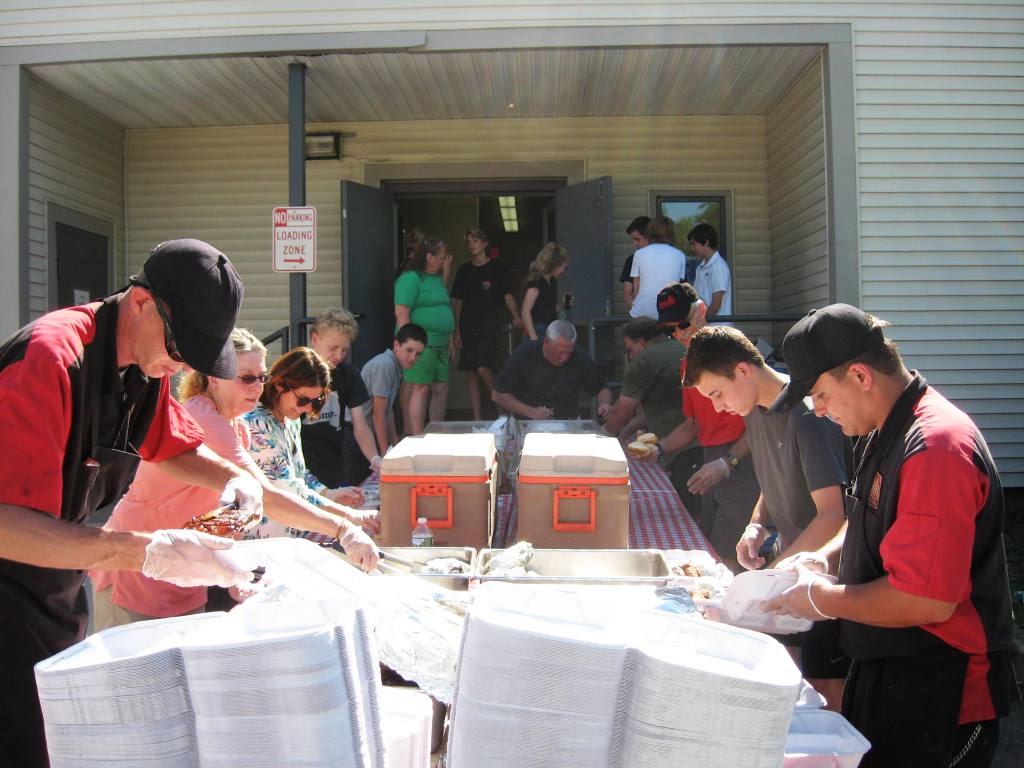 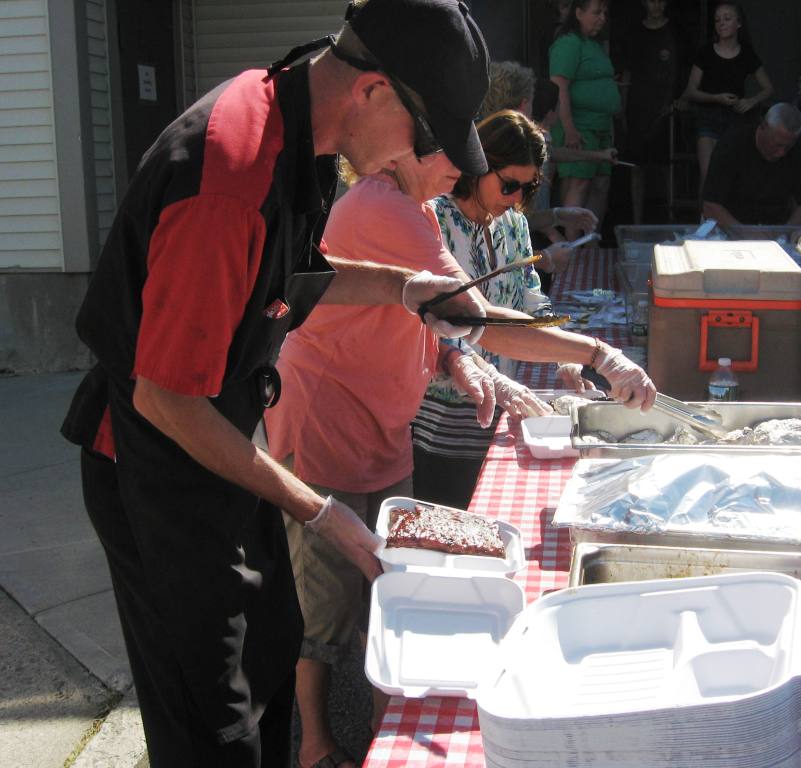 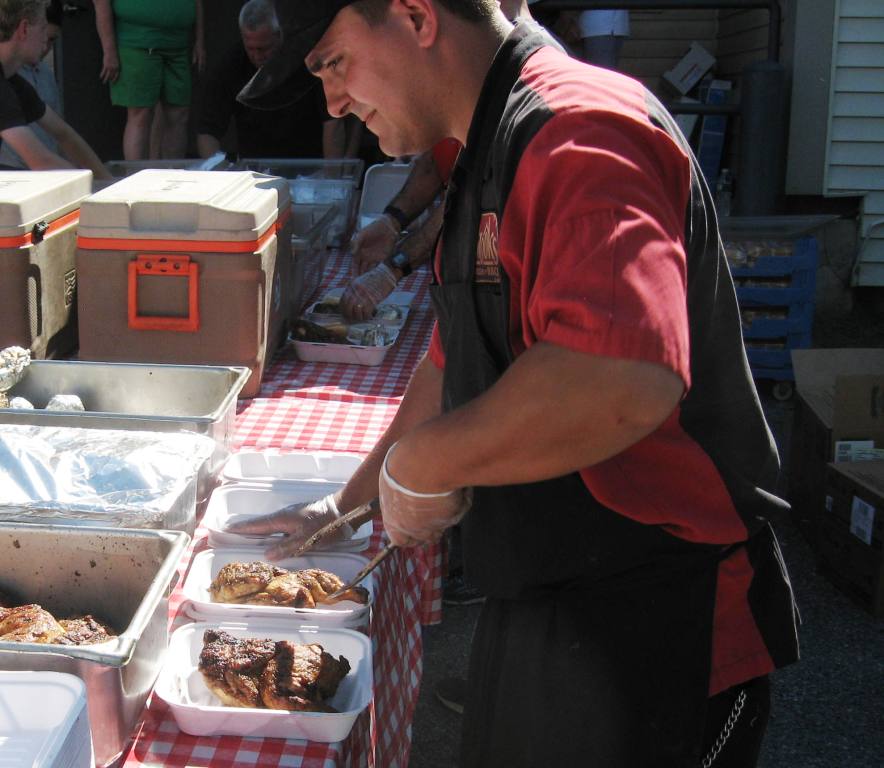 But mostly, I’m a fan of the mobile grilmasters, and especially, all the volunteers like the “assemblage” team – that put together everyone’s dinner with care and precision, on an afternoon in the high 80’s – which probably felt like the high 800’s to these people in the hot sun, with all that foil and silver hotel pans! 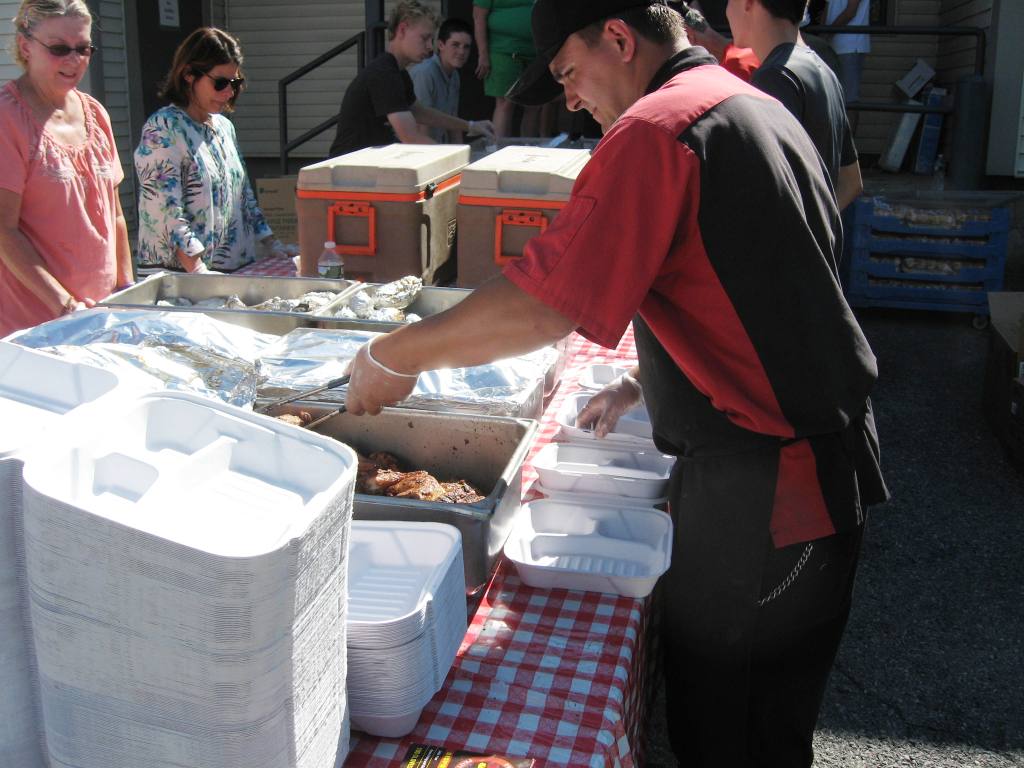 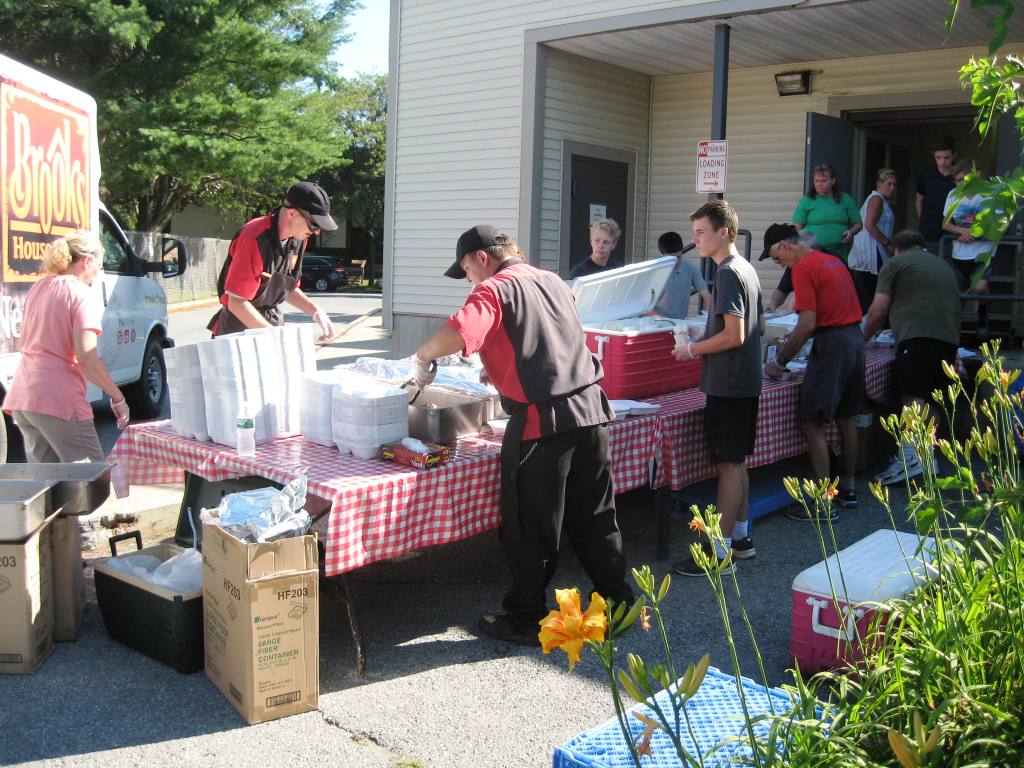 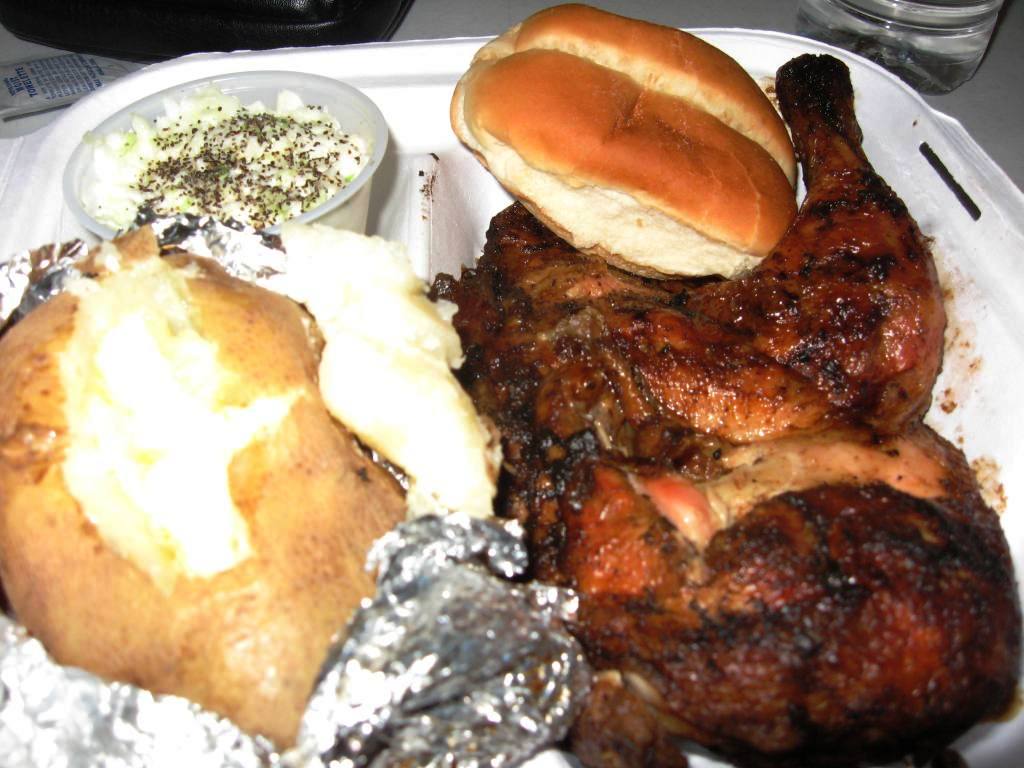 And gosh, gosh golly-gee – look what you get for your 11 bucks ($14 if you want ribs – with a portion going to both the Senior Center and the Children’s Theater)… A splendid, perfectly cooked, fork-tender half chicken, gargantuan baked potato (they give you a knife, but I don’t know why), slaw and roll. But it’s not the quantity – although this is a ton of food – it’s the quality! 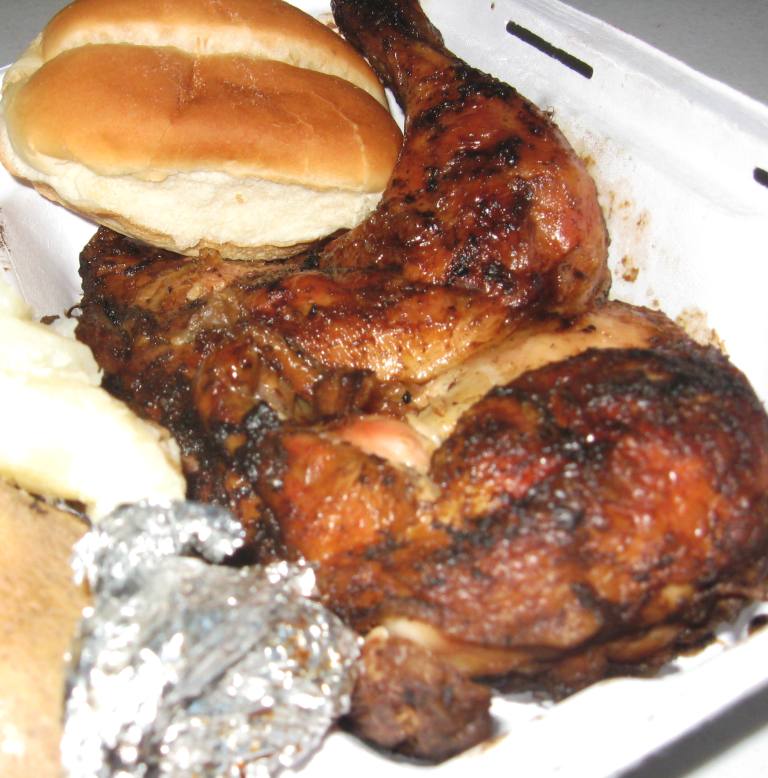 On a warm, summer late afternoon, I usually eat about 1/4 of this size meal for dinner, but I couldn’t stop… Clean Plate Club!

Wandering out of the Senior Center, feeling slightly pregnant, but very content – I thanked the Saratoga Senior Center’s Lois Celeste and Kate Bunster for their hospitality, and asked just one question:

“Hey, can we do this again tomorrow?”
————————————–
Here are some websites for further info:
Brooks BBQ
Saratoga Senior Center
Saratoga Children’s Theatre