SARATOGA SPRINGS – When you, and 500+ people attend tomorrow’s spectacular 19th Annual Saratoga Fashion Show, benefitting Ronald McDonald House Charities, you can be sure all the details will be in place. And the spectacular setting (At the Rail Pavilion at the Saratoga Racecourse) will become, once again, for the nineteen time, even more spectacular.

That is because of moments like these – moments of preparation, moments of making sure everything is just so. Beginning last Friday, over 50 runway models visited Saratoga Trunk for their fittings. In the overwhelming majority of cases, this did not involve massive seamstress surgery on outfits, because most models are drawn from Saratoga Trunk (493 Broadway) Owner Natalie Sillery’s massive customer base. She already knows what they look best in. For well over two decades, Natalie has calmed the insecurities of what appear, to this reporter, to be pageant-winning beauties, as well as elevated shy wallflowers into Victorian Visions of loveliness.

“When I first started, we had about a dozen models,” Natalie noted, “in some recent years, we’ve had as many as 62!” Each, because of Natalie and her team’s preparation, will walk the runway tomorrow, and feel like they are the only one. 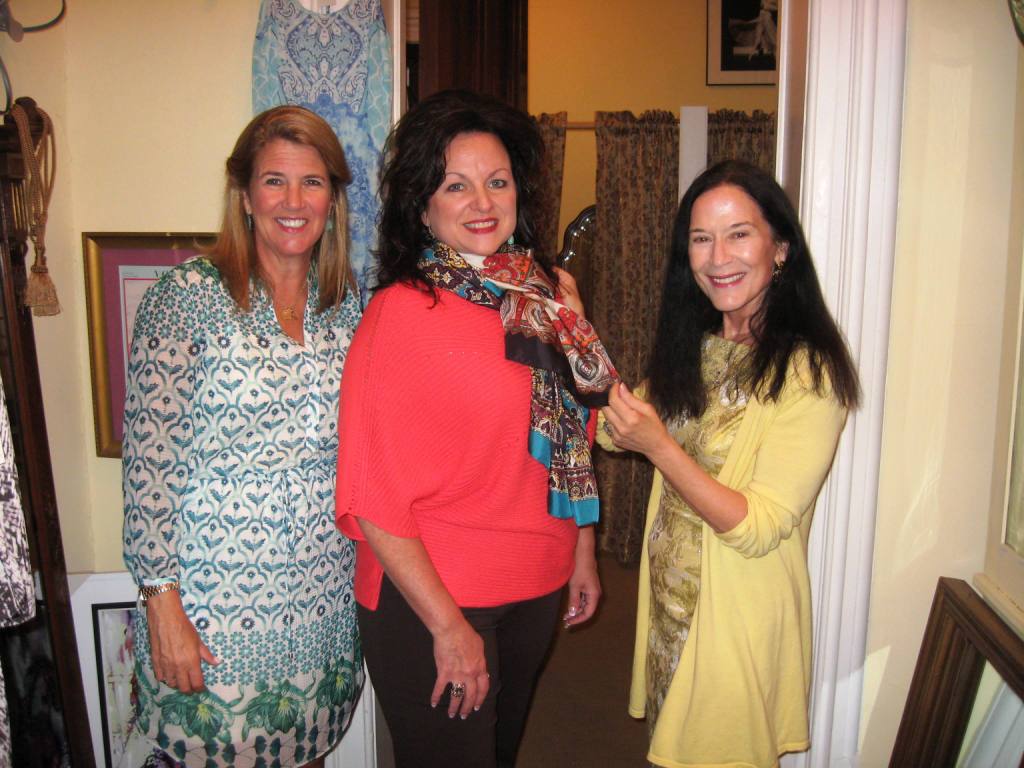 Don’t take my word for it. After tomorrow’s show, you will read “insider” perspectives from contributors Carrie Rowlands Johnson – who is now a veteran of walking this runway, and Lisa Champagne, who is making her debut. They’ll tell you what it feels like, every step of the way.

Hand-selected pieces from hand-selected designers, such as THEIA (see THEIA’s website), etcetera (see etcetera.com), and others will be showcased in tomorrow’s little slice of Milan/Manhattan. An added touch this year will be a special tribute to Don O’Neill, THEIA’s founder, who is celebrating his 30th anniversary in the fashion industry. This tribute, and the show itself, will be broadcast on several strategic video screens, which could only add to the magic.

But it’s not magic. It’s hard work and caring; it’s a million little details and things, that add up to a big thing. And benefits a big cause.

According to the Ronald McDonald House website (visit it here):
The mission of RMHC is to create, find and support programs that directly improve the health and well-being of children and their families. Our Vision (is) a world where all children have access to medical care, and their families are supported and actively involved in their children’s care.

A few tickets remain. Visit This link to get yours.
Arthur Gonick
August 23, 2017