Fire Feast Returns as Two October Events – and We’ve Got a Sneak Peek at the Menu! 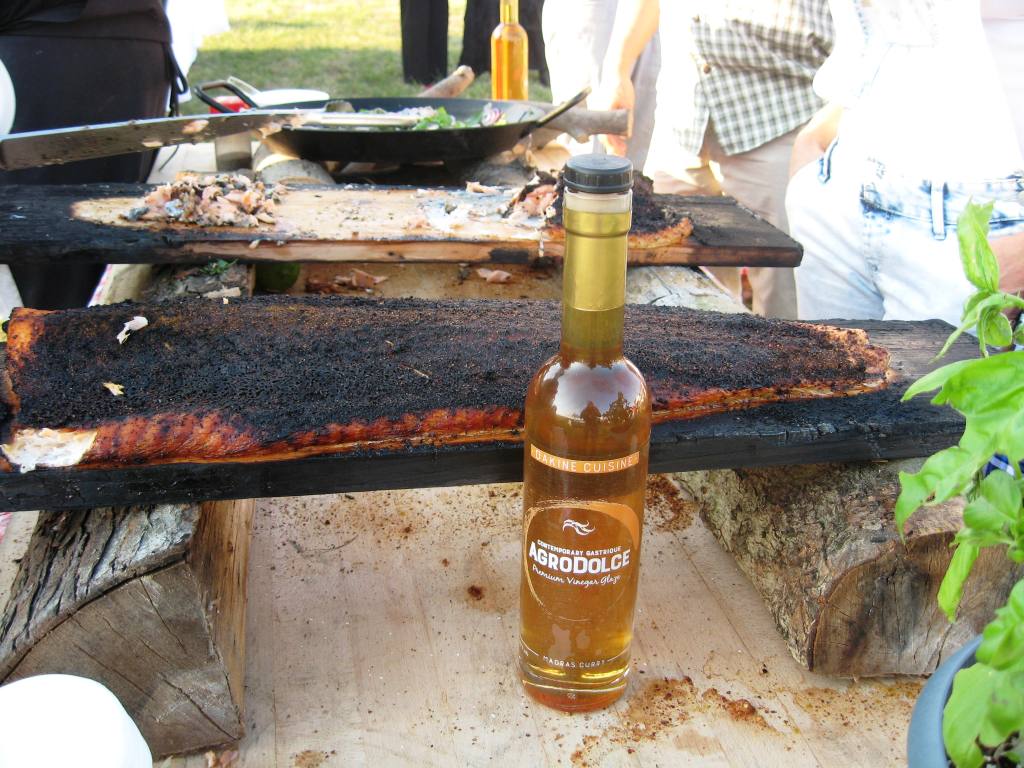 SARATOGA SPRINGS – The Fire Feast on the Farm is back with another great lineup of farm-to-table chefs and an imaginative menu that will delight diners at Pitney Meadows Community Farm Tuesday evening, October 16.

In addition to the “farm-fashionable” main event on Tuesday night, Pitney Meadows will host the Family Fire Feast three days before on Saturday afternoon, Oct. 13. Prepared by three teams of local up-and-coming chefs, the food will be fabulous and the atmosphere festive, featuring horse-drawn wagon rides, kite-flying, games, hands-on activities for all ages, demonstrations by mounted Saratoga Springs police, and entertainment provided by musicians Corry Loveday and Elizabeth Woodbury Kasius and Heard. 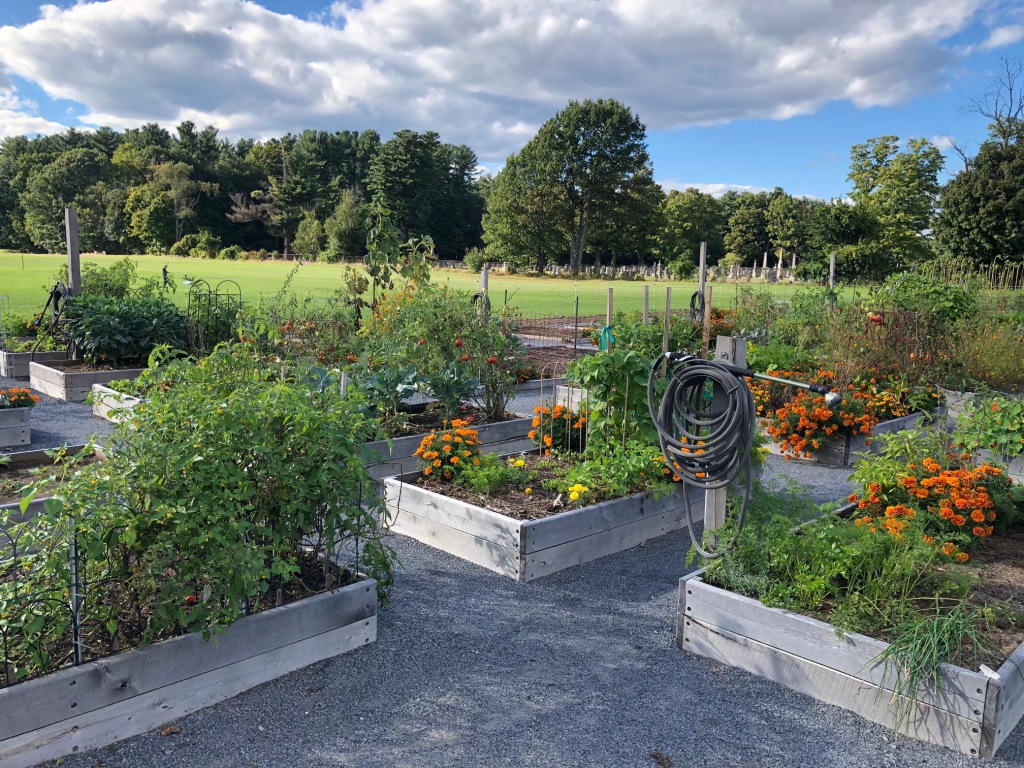 For both events, the venue will be the farm’s spectacular “high tunnel,” which serves Pitney Meadows as both an event space and a greenhouse for growing vegetables, flowers and herbs. All cooking will be over live fire in pits surrounding the high tunnel. 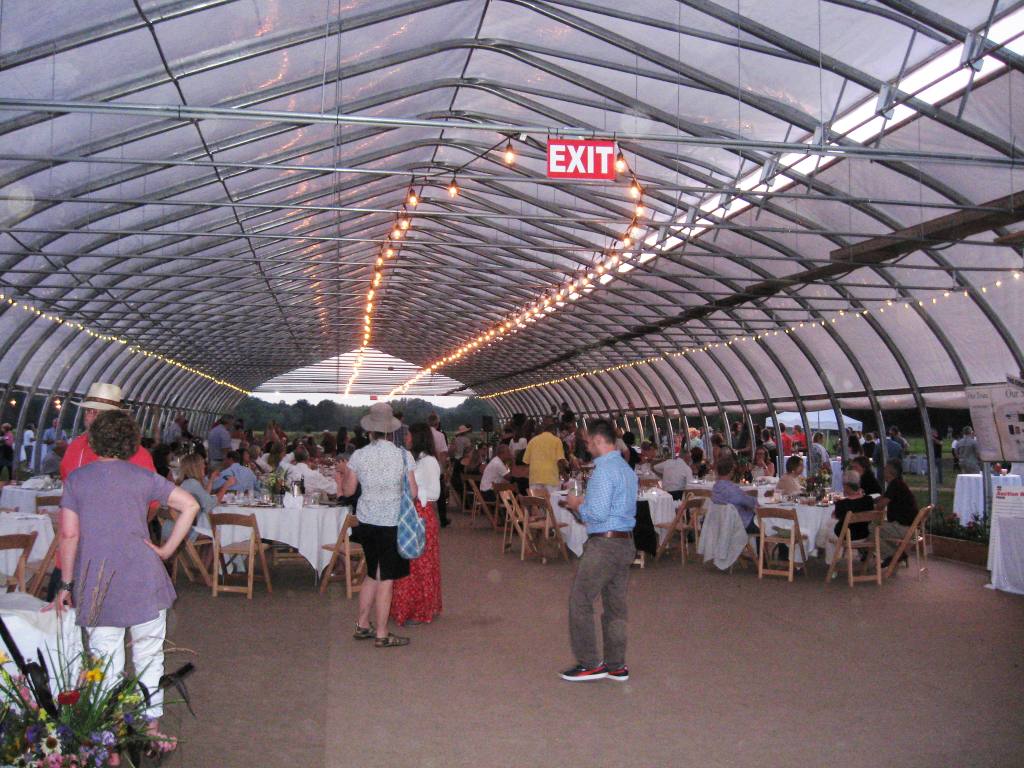 “These will be signature Saratoga events that speak uniquely to the values of Pitney Meadows Community Farm and will make substantial contributions to important initiatives in sustainable farming, education, and farmer training,” said event organizer John Sconzo, a Pitney Meadows board member who launched Slow Foods Saratoga in 2008 and now leads culinary tours around the world.

For the main event on Oct. 16, Sconzo has again enlisted an outstanding team of internationally acclaimed chefs and bartenders Note: See Menu at the end, including:
• Oswaldo Oliva, who has excited diners in his native Mexico City with Lorea, a restaurant that offers a new menu every night and — with its open kitchen in which chefs prepare dishes in full view of patrons — emphasizes the congruence between design and experience.
• Justin Carlisle, who has been producing meals of such distinction at Ardent, his intimate 900-square-foot restaurant on Milwaukee’s lower east side, that he has earned four consecutive nominations for a James Beard Foundation Award.
• Joel Viehland, who is in the process of opening in Kent, Connecticut a duo restaurant combination, Ore Hill & Swyft, that offers wood-fired farm-driven pizza in one section of the totally renovated Swift-Bull House, and a fine-dining menu in another.
• Diego Moya, a veteran of the kitchen at Casa Mono in Gramercy and Hemlock on New York City’s lower East Side.

Supporting each lead chef will be a “pit crew” that includes a distinguished local chef and local culinary students. Each pit also will have its own bar directed by a mix of prominent national and local bartenders pairing a cocktail with the dish from that pit.

All foods will be sourced as locally as possible. Many of the vegetables to be served are being grown on the farm.

Entertainment will be provided by Big Stone Gap, which performs Appalachian music with a touch of swing, and Fenimore Blues, a seven-piece band that performs an eclectic mix of blues, R+B, and rock. Guests also may participate in a silent auction. 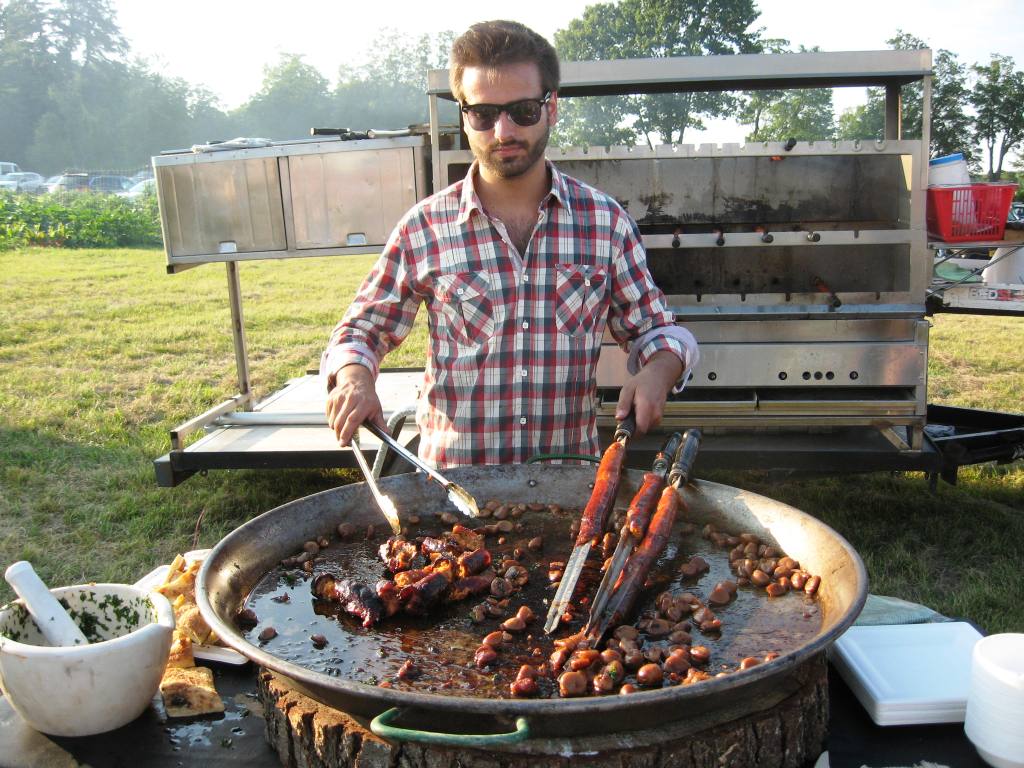 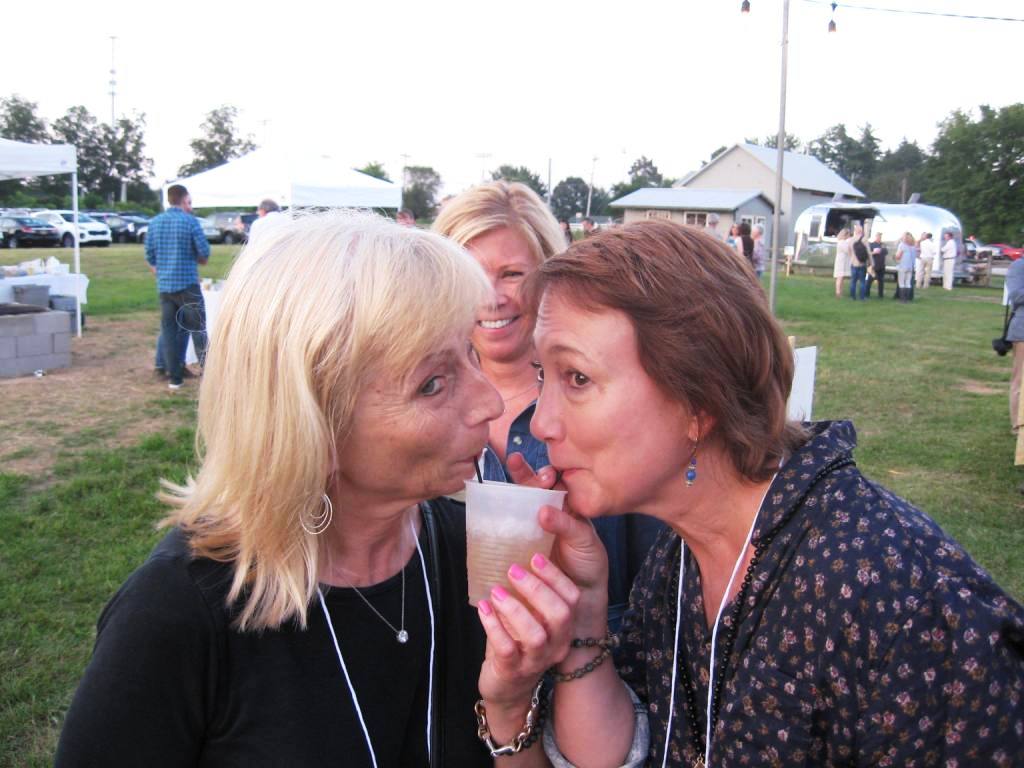 Pork with Mushrooms and Root Vegetables
Combining his dual passion for art and food in inventive, artful dishes, Matt McCallister made FT33 one of Dallas’s most beloved restaurants with a menu that showcased North Texas farmers, ranchers and and artisans.

Skate with Sweet Potato and Sweet Potato Vines
With a passion for working with local farms, ranches and fisheries, Diego Moya opened his Manhattan-based Hemlock as a seasonal farm-driven restaurant focused on the inherent deliciousness of each vegetable. 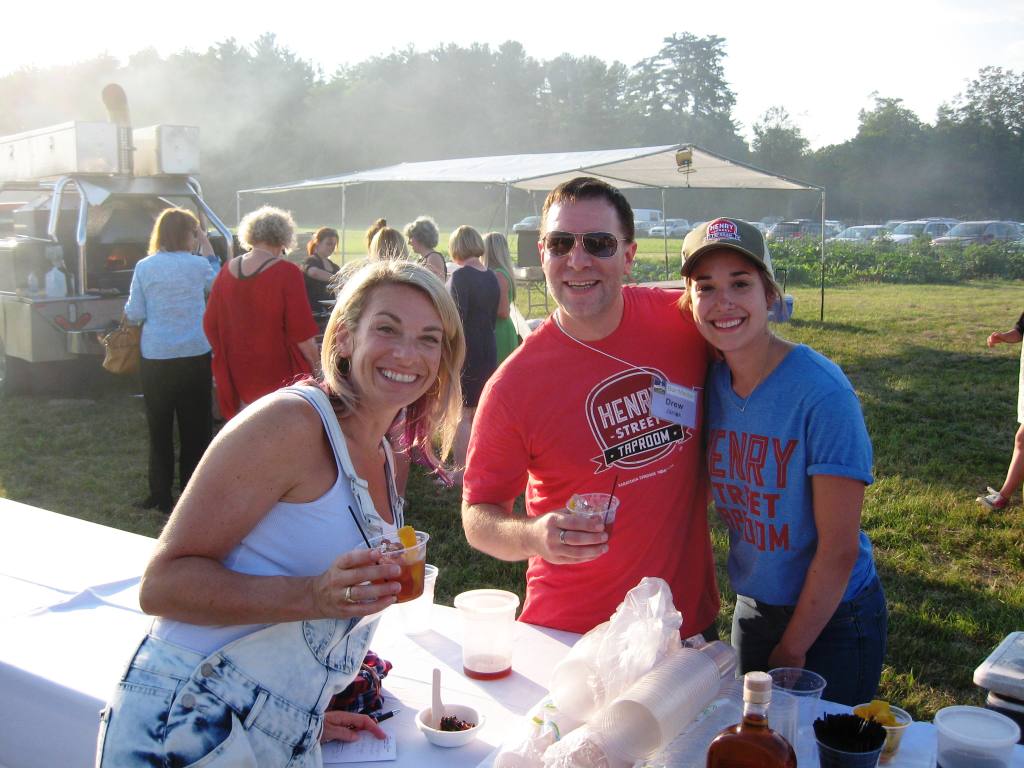 Enjoy surprise cocktails made by top bartenders with these premium spirits: 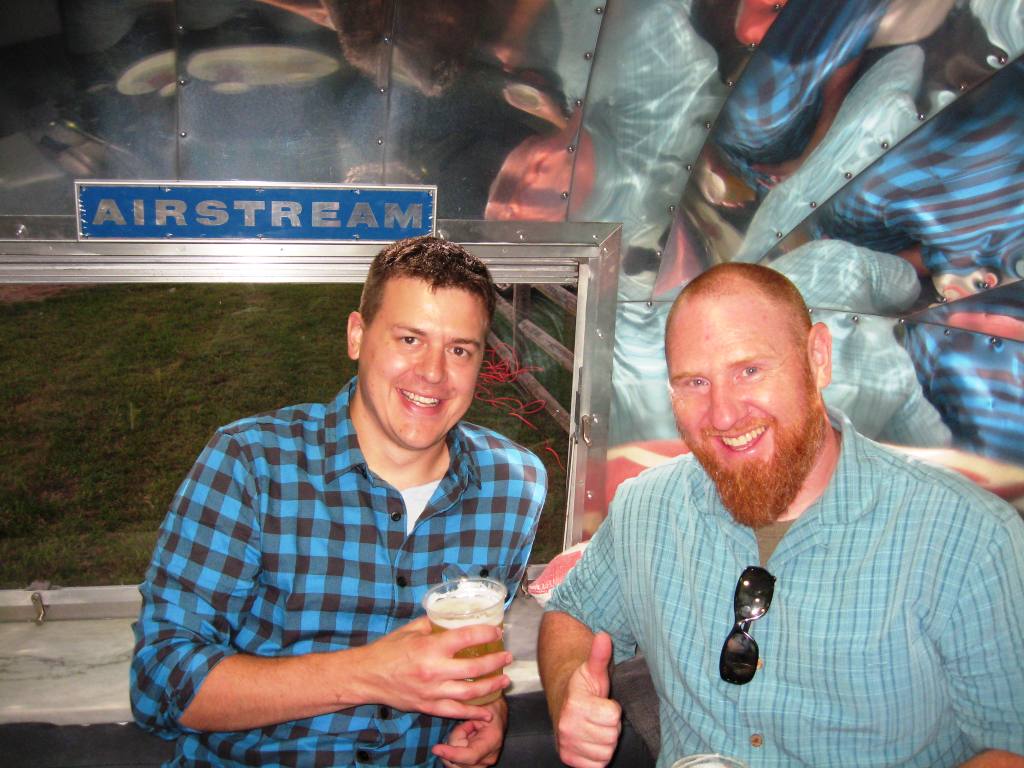 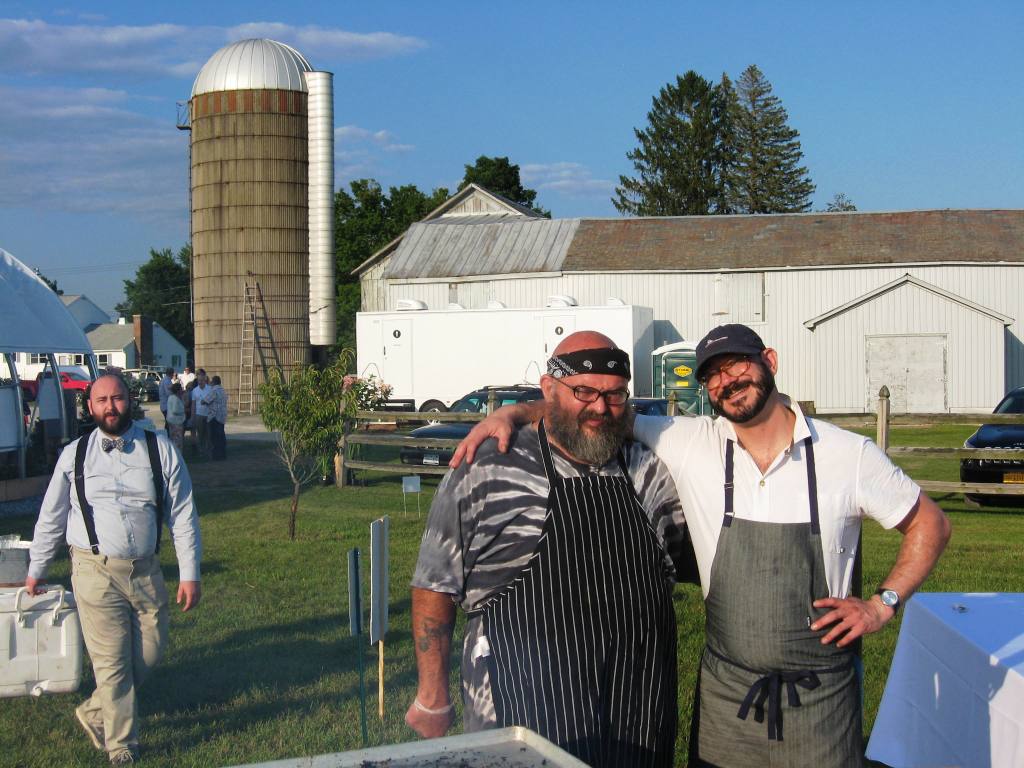 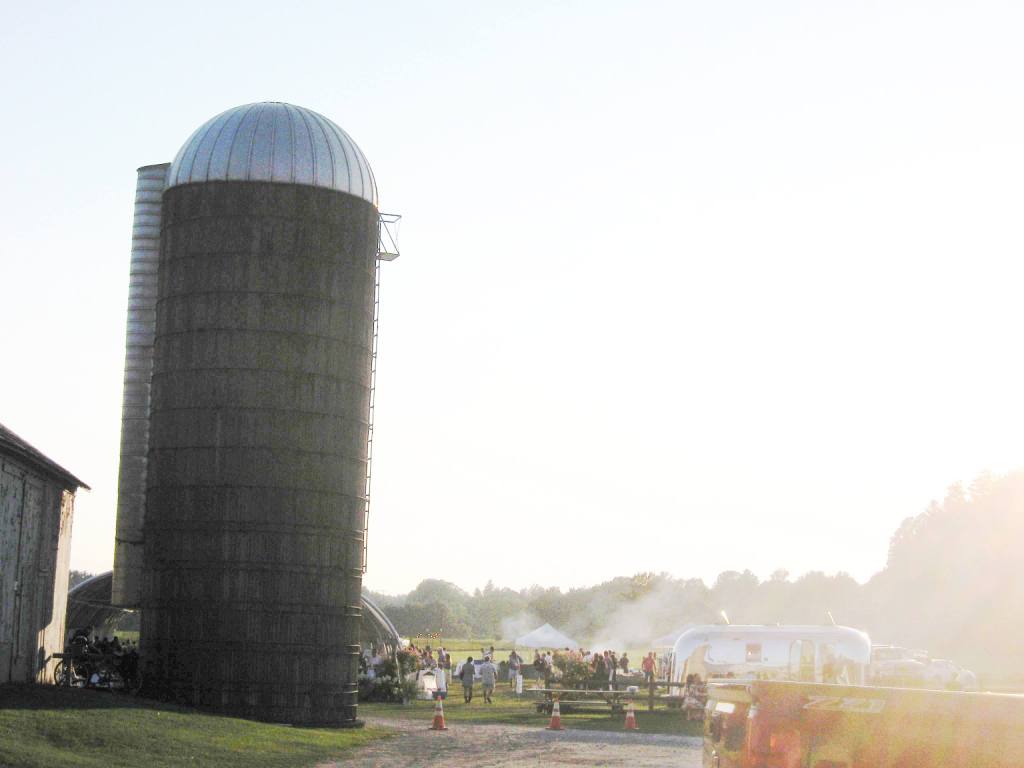