Visit Saratoga.com For Everything Saratoga
Enter Giveaways Advertise
Note: Saratoga.com is not responsible for posts and comments written by non-staff members.
Home  »  Uncategorized  »  How About that Crazy Weather Last Weekend? 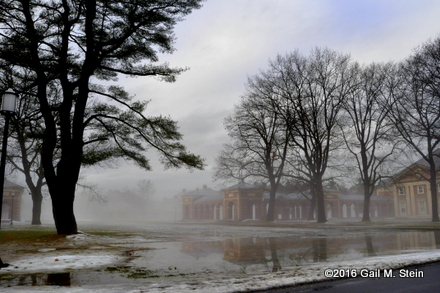 Torrential rains, excessive fog, wind, thunder, sudden breaks of unexpected sunshine, and that double rainbow! Last Sunday, we had a little bit of everything…

And I went out to see what I could photograph. 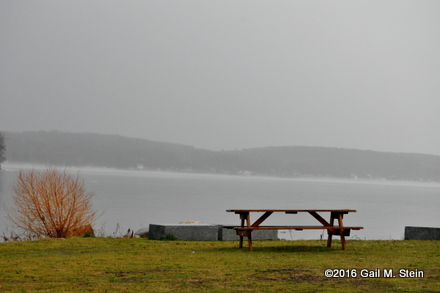 At first, everything seemed to be working against me. When I headed out a little after noon, I had an idea in my mind of some photos I wanted to try to get. I thought, not so much for the blog or FB page, but more for my own amusement, that I would go to the lake and get photos of all those raindrops splashing into the water. When I got to Waterfront Park, the rain had completely stopped, ruining that plan. And it was too gray and dismal to get any nice lake shots. 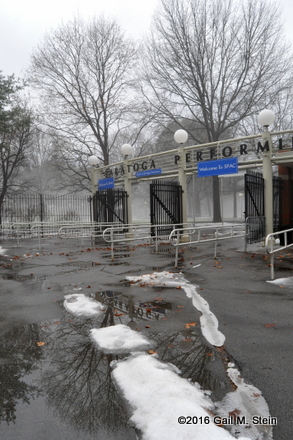 Next, since it had stopped raining, I decided to wander around downtown and get some photos of all the reflections in the puddles and the steaming roads and sidewalks. But, when I got downtown, it was pouring again and I didn’t want to take my camera out of the car.
Totally frustrated, I persevered. I drove around aimlessly, hoping for inspiration or an idea of some sort. The sky was black. 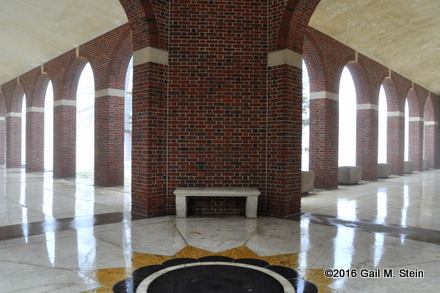 I went to the State Park and, from that moment on, my luck changed. It was like Mother Nature was just WAITING for me to get there. I drove all around the Hall of Springs, past the golf course, up and down Avenue of the Pines, everywhere I could think of. Because of the soggy weather, the entire park was fairly deserted. It was eerie, magical, mystical; all those adjectives applied. And everywhere I went, it was like I was in the perfect spot at the perfect time with respect to lighting, or reflections, or mists and fog. I took a ton of photos. 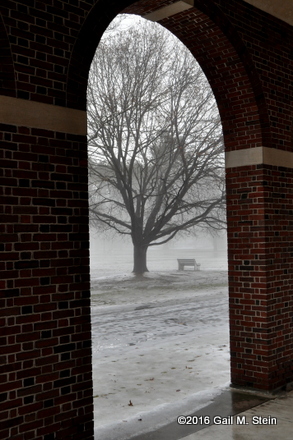 As many people probably know by now, I love “naked” trees. I love the way the branches and limbs look without leaves, all lacy, with no two ever being the same. The fact that they were silhouetted against all that fog, with the buildings being all muted in the background totally excited me and I took many, many photos. 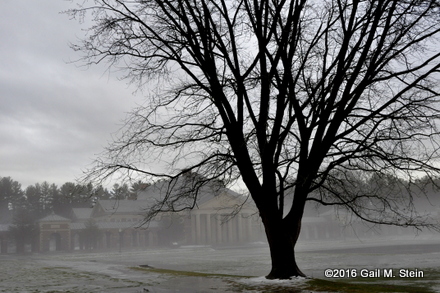 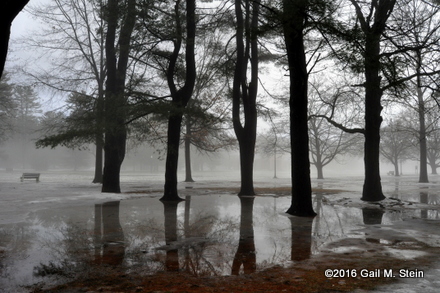 That’s all I have to say. I was so lucky to have been out there when I was, witnessing the beauty that I did. I was home by the time the rainbows appeared and did not have a clear shot of that spectacular sight, but there were tons of shots all over Facebook and on the news, so I’m sure everyone saw them. 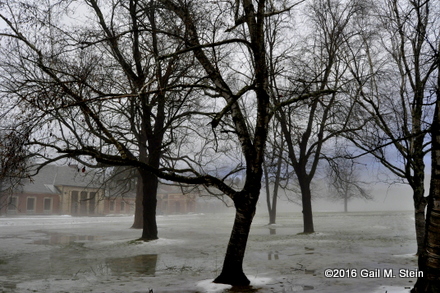 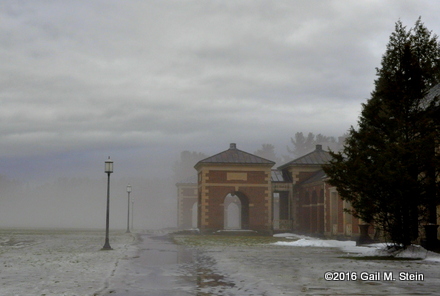 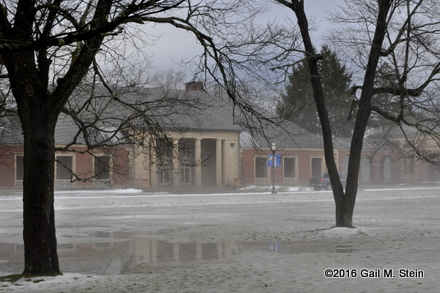 What a magical day.