Visit Saratoga.com For Everything Saratoga
Enter Giveaways Advertise
Note: Saratoga.com is not responsible for posts and comments written by non-staff members.
Home  »  Congress Park  »  Out and About on a Gorgeous Easter Weekend 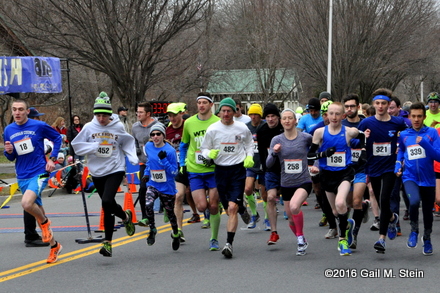 I know it is redundant to point out that we had a very mild and incredibly unusual winter; everyone already knows…but we have had so many absolutely beautiful weekends as well! In a normal year, Easter at the end of March could pretty much be counted on to be snowy, raw, or very cold. Not so this year. Although it started off pretty chilly on Saturday, the sun broke through the clouds and it was all uphill from there. A gorgeous Spring/Easter weekend.
And there was a lot going on. Here are photos from just a couple of things that happened over the weekend…the ones that I happened to be at! 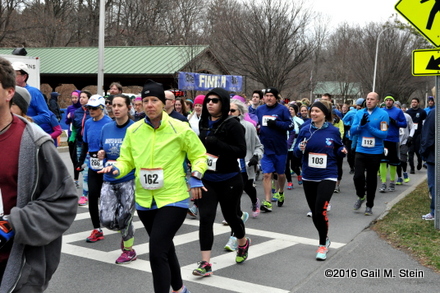 As always, I woke up before dawn, but didn’t head out with my camera until about 7:30 or so. I went downtown and caught the beginning of the Blue Needs You 8K Run. The runners had my complete admiration…running for such a worthwhile cause, and braving the REALLY chilly morning. I read that the race raised $34,000!
The weather app on my phone had said the sun would be shining by 8:00 and when THAT didn’t happen (it was closer to 10am before the clouds broke and things warmed up), I headed over to Saratoga Traders to finally try their now-famous Death Wish Coffee. Without getting too much into how much I love coffee and how much I needed the caffeine, I will just comment that, in my opinion, Death Wish Coffee lives up to the hype. It was delicious! 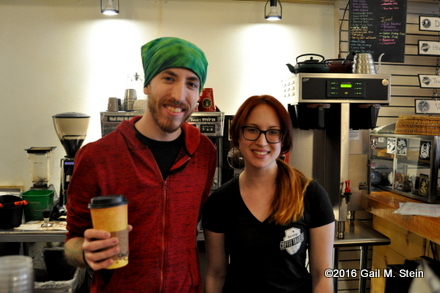 It had been my plan to attend the “Easter Egg-Stravaganza” in Congress Park which I THOUGHT was being held on Easter morning from 10am-1pm. Luckily, I had parked my car over that way on Saturday because, as I was headed to the car, a huge purple balloon bouquet caught my eye. Which then drew my attention to everything being set up for the Egg-Stravaganza which was, in fact, happening on Saturday! Sunday was the rain date. I was so glad I was there when I was! 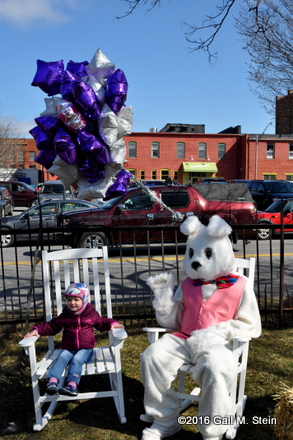 What a great event this was for anyone with kids or grandkids! The Easter Bunny was there, the carousel was open, there were games everywhere…and face painting, nail painting, raffles, and so much more! The Fire Dept. was there with one of their trucks, allowing children to climb inside and “drive” the truck or just explore. 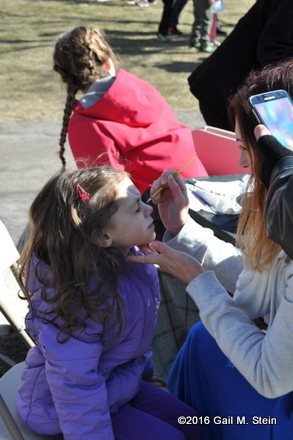 The kids (and adults) were all obviously enjoying themselves. The sun was out, the temps had risen and everything in the park was beginning to bloom and turn green. Not hard to take! 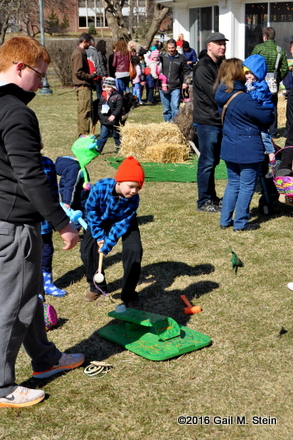 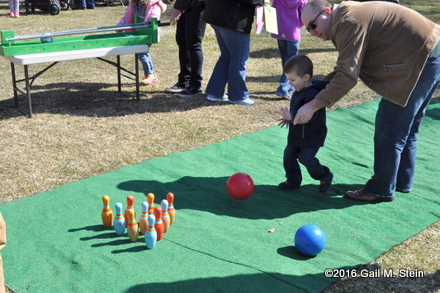 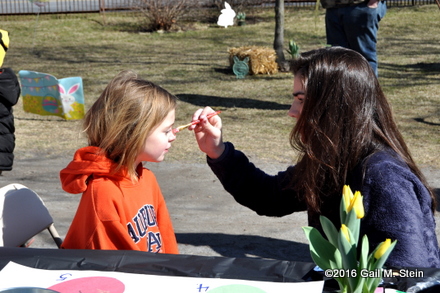 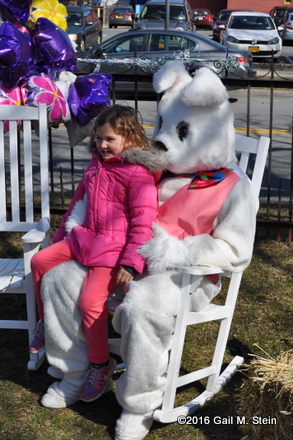 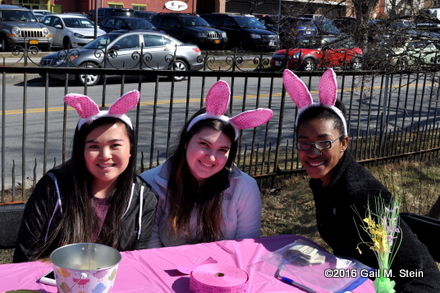 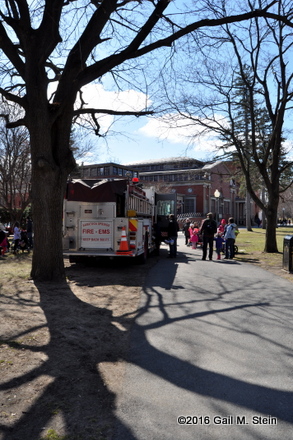 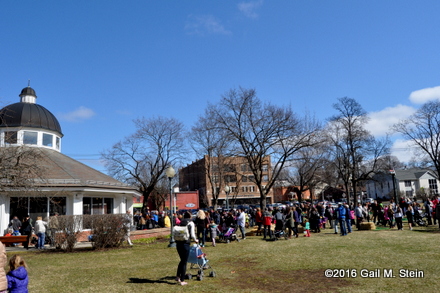 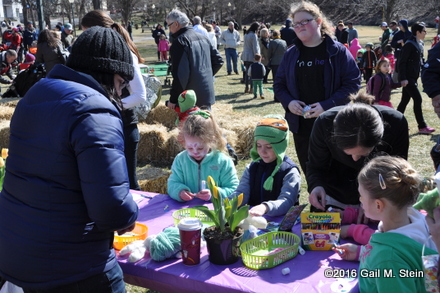 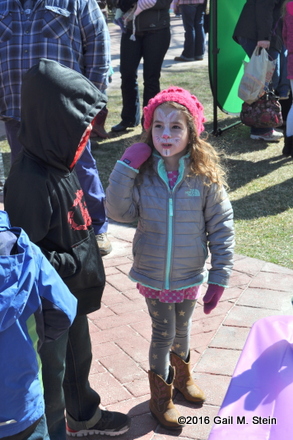 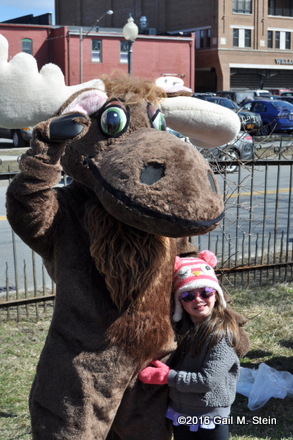 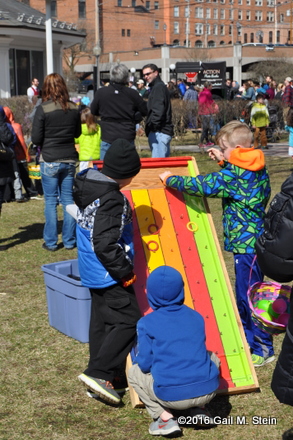 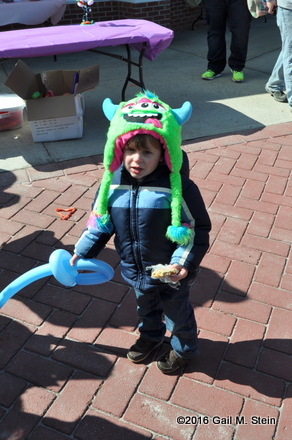 Finally, I have posted here in the blog and on the FB page as well about my involvement with the Saratoga Adaptive Ice Skating Stars, so I won’t get into again…but I briefly described what it’s all about here: https://www.saratoga.com/frozen-moments/2016/02/i-had-a-beautiful-moment.html. On Saturday afternoon, we had our end-of-the-season ice show at the Weibel Avenue Ice Rink. What a WONDERFUL experience that was! Our skaters shone like the “stars” they are. We had a large and enthusiastic audience, and the show was a stellar success. It was, truly, one of the best afternoons ever. Pictured below are: 1) a shot of all our skaters with the Skidmore hockey players who brought nets, pucks and sticks to share with everyone after the show, and to whom we are very grateful, and, 2) a shot of me with a few of our skaters the week before the show, as they were waiting to get onto the ice for practice. (I’m currently using this photo as the cover shot on my personal FB page because I love it so much.) 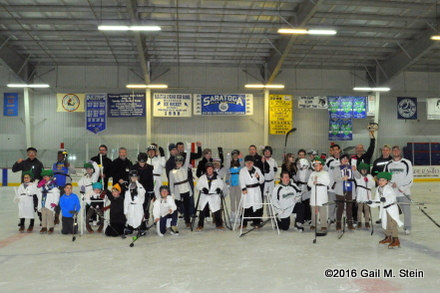 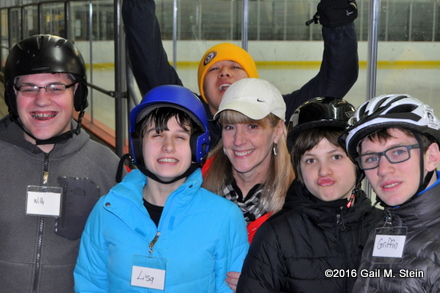 Easter Sunday was spent with family and friends, over-eating, laughing, and seriously thinking about going out and exercising to burn some of the calories consumed. I didn’t actually do that, but I did consider it for a good long while! (In all honesty, I napped instead…it was a holiday, after all.)
I hope everyone had a beautiful holiday. Time to gear up for the onslaught of Spring…as soon as we get through the next few chilly/windy days. I’m excited and ready for Spring/Summer!