Visit Saratoga.com For Everything Saratoga
Enter Giveaways Advertise
Note: Saratoga.com is not responsible for posts and comments written by non-staff members.
Home  »  Ballston Lake  »  Did Winter Finally Show Up in April? Yep. 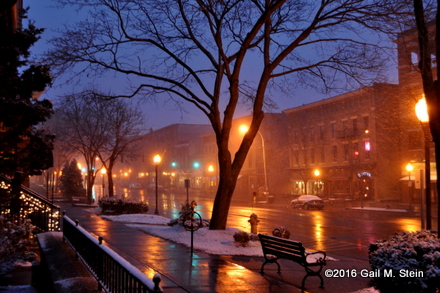 The flowers were beginning to grow, the trees were lacy with new blossoms, and the grass was turning green…and then…SNOW. 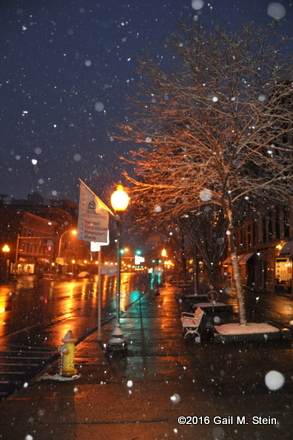 We more or less breezed through the winter months without having to deal with really any snow at all…or any extended periods of frigid temps. I guess it shouldn’t have come as a surprise when we got the most snow of the season last week (and wasn’t it only about 3-4″?), and our beautiful springtime temperatures plummeted to well below average. 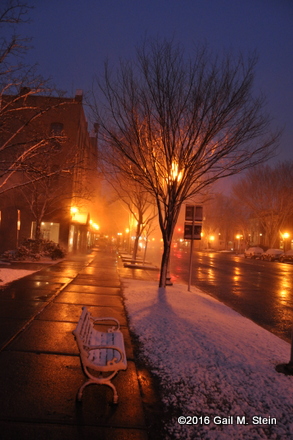 I woke up early on Sunday morning to look out my window and see the snow falling rather heavily. It was only about 5:30 or so, but I decided to head downtown and take advantage of the solitude and the fresh snowfall. It was stunning out there. 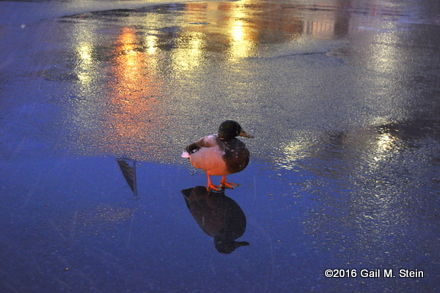 It did strike me as funny that, when my son came home from Houston for Christmas, he was looking forward to the cold, snowy wonderful New England winter that he associates with the holidays. Instead, he got off the plane and it was 72 balmy degrees! My daughter who came home just a couple of days ago from Raleigh, NC, hoped to enjoy some of the beautiful springtime weather we were experiencing here previously, only to be faced with snow, a storm that I considered to be an almost-tornado, and cold and windy weather. It has become impossible to predict what will happen next. 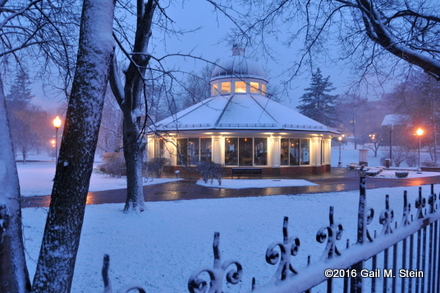 But the great thing, at least in my opinion, about an early April snowstorm, particularly this year, is that it allowed us to experience the beauty of a fresh snowfall with the knowledge that it wouldn’t stick around for very long. While I personally was a little bit miserable with the biting cold and wind that came with this weather, I did truly enjoy the beauty of it. And now it’s gone. It’s all good. 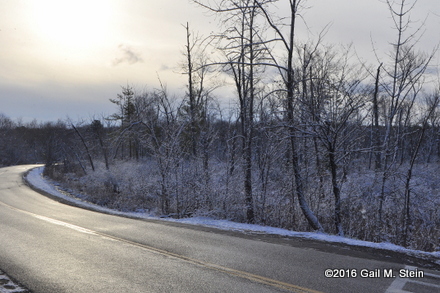 After exploring and photographing Broadway until just before sunup, I headed over to Ballston Lake. Not exactly on my way to anywhere in particular, but having grown up in Burnt Hills, I have a fondness for the lake and I know how spectacularly pretty it is covered in fresh snow. 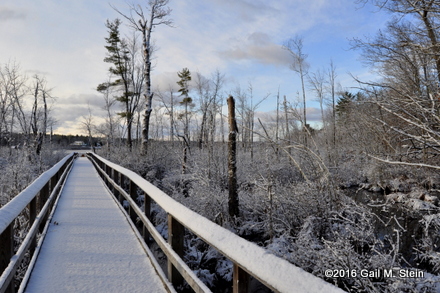 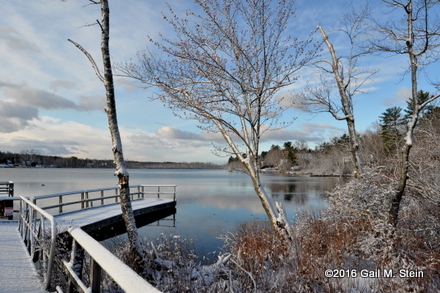 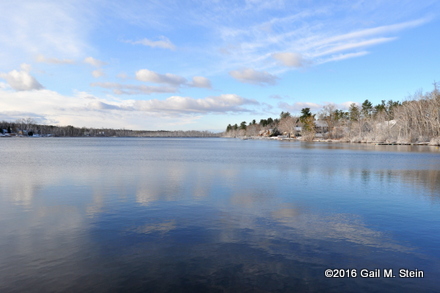 Obviously, the lake was as beautiful as always. Between the sparkle of the snow on the trees, the reflections of the clouds on the water, and those blue skies, it was a true winter wonderland. I was glad I had taken the drive. 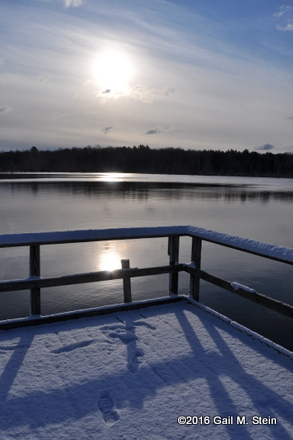 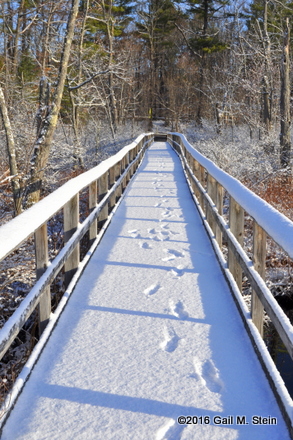 It snowed again most of the day on Monday, and on Tuesday morning, I left for work a little bit early and decided to drive through Yaddo. Once again, I was not disappointed. I didn’t realize it, but it seems that I honestly missed having just a tiny bit of winter this year. I missed the snow and the silence of the snow. It was nice to have it for a day or two. And now it is even better that it is gone. 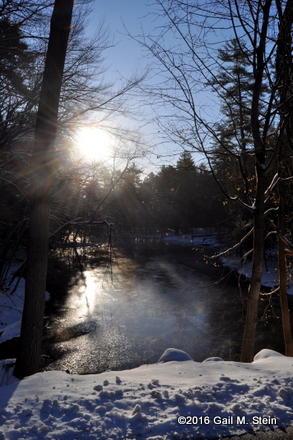 I don’t think there is any time of year that is not beautiful and enjoyable at Yaddo. The low angle of the early morning sun was casting great reflections on the water and the snow-lined road was about as “Adirondack” as it gets. Again, easy to enjoy when you know it will be gone in a day or two! 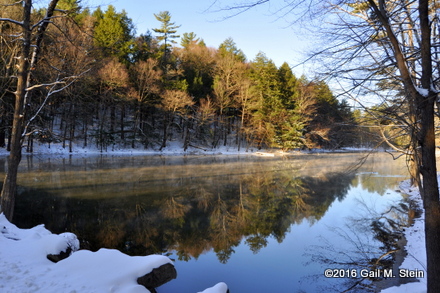 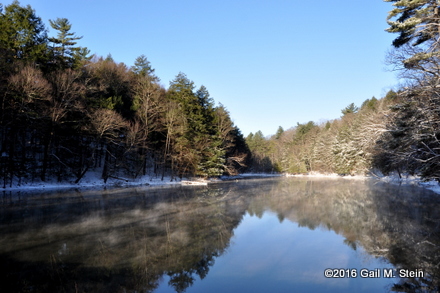 Judging from the weather forecasts I have been hearing, it would appear that we have turned the corner and will be headed directly into Springtime. I, for one, am very, very happy about this. Spring is a beautiful prelude to summer in Saratoga and all that that involves. I am looking very forward to all that lies ahead.
Have a good week! 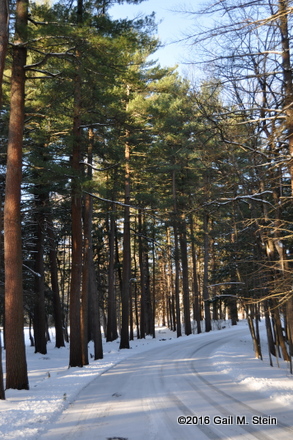