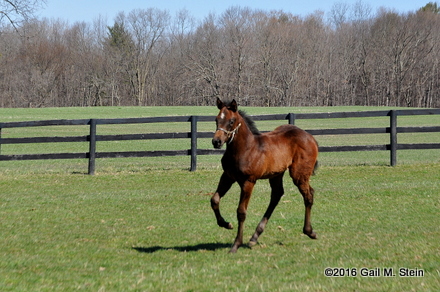 I’m going to be honest here…I have no idea how to begin this post or what I want to say. My experience visiting the incredibly beautiful and serene McMahon of Saratoga Thoroughbred Farm was so overwhelming that there is a solid possibility that I am going to sound gushy and sentimental, when what I really want to do is share a couple dozen photos of the beautiful farm and land, and most especially of the very special foals and their mares. 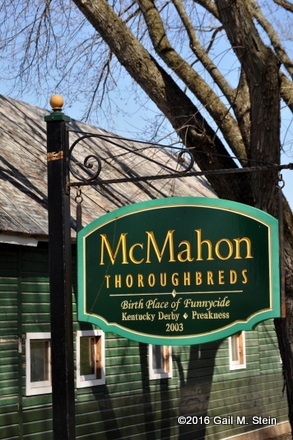 I admit that I do not know much at all about thoroughbred breeding and training. Actually, I know nothing about it, although I wish I did. For this reason, I am not even going to attempt to write knowledgeable horse breeding facts, but will instead share some quotes from the McMahon website (http://www.mcmahonthoroughbreds.com/), and just share my impressions, as well as all the great photos I was able to take. 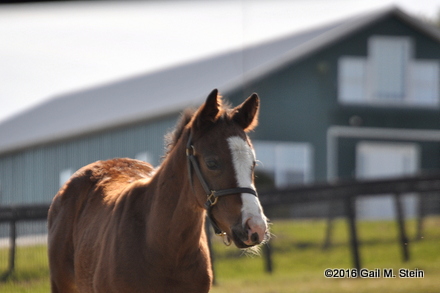 I love to go to the track, and I admire the strength, grace and beauty of the thoroughbreds, but I never really considered where they came from or what exactly was involved in the time between birth and racing…even though I had grown up in neighboring Charlton, NY, a horse town in its own right, and had spent all my summers at the track. 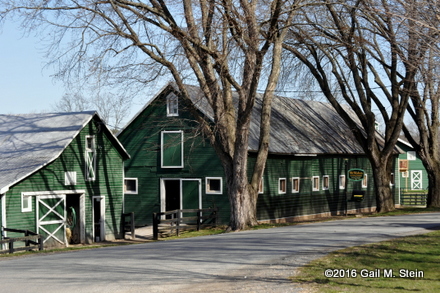 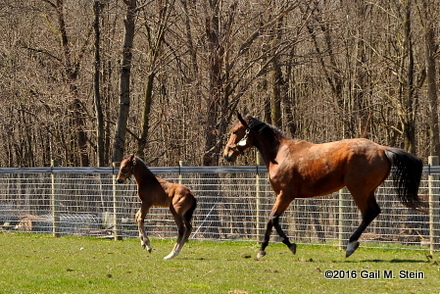 Then, last year, I drove past the McMahon Farm on Fitch Road, and my curiosity began to grow. It is so breathtakingly beautiful…100 acres of rolling green hills, beautiful fences, impeccably kept barns and buildings, and all of the thoroughbreds. Currently, when driving past, you can see the foals in the fields playing, nursing or resting. It is about as serene a scene as you could hope for. 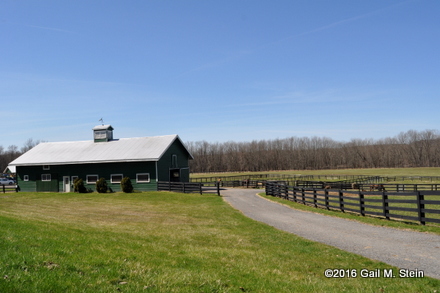 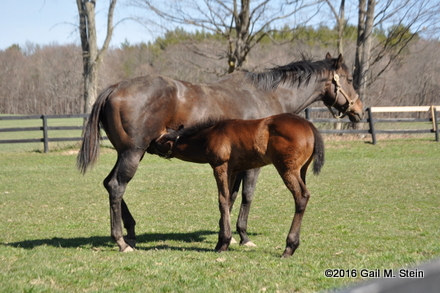 “McMahon of Saratoga Thoroughbreds, LLC, was founded in 1971 with the purchase of 100 acres on Fitch Road in the town of Saratoga, New York. Located just five minutes from the track, the farm had been the summer home of Virginia socialite Liz Whitney Tippet. Gradually, over the next five years, her stable colors of Purple and Pink would be replaced by the modest colors of the Saratoga backside, Green and White.” 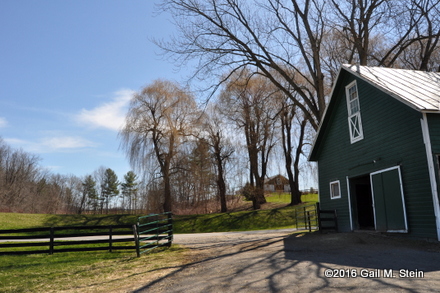 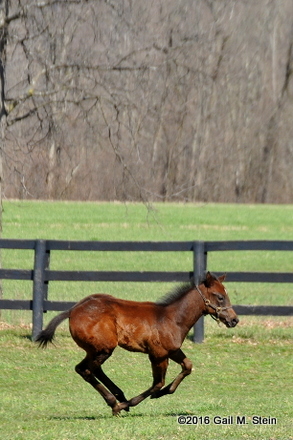 From my own perspective, the green buildings, coupled with the charming brick house built in the 1770’s, painted a picture of gentle serenity…particularly given that it was a perfect spring morning. The trees were budding and on the brink of blooming, and the fields were the bright spring green that lasts for such a short time. And the weeping willow trees!! They just about did me in, making the entire picture seem almost surreal where they were so gracefully draped toward the ground and casting beautiful and intricate shadows on the hills and roadway. 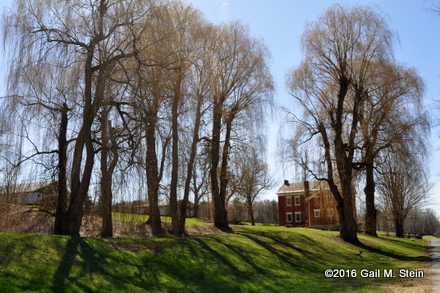 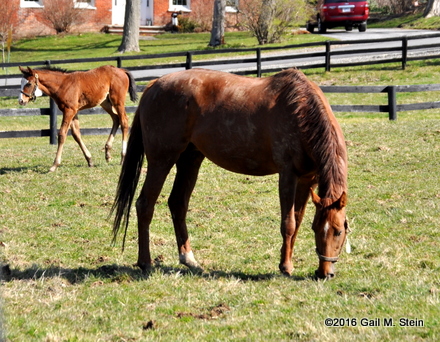 I had emailed earlier in the week, asking permission to come take photos for this post. Anne McMahon was very kind and accommodating, and welcomed me to visit. When I arrived, she pointed out all the best spots for great views and photos, and asked only that I stay out of the barns and out of the way of the employees who were quite busy. I was more than happy to comply. 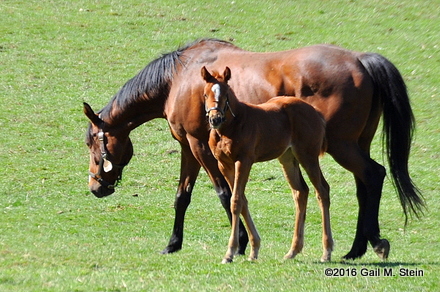 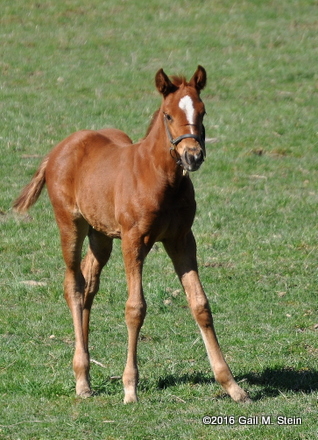 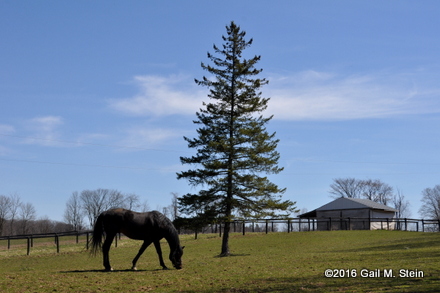 So, off I went. For the next three hours, I walked all over the farm, snapping the camera incessantly (800 photos!!) and audibly gasping in delight as I watched the foals frolicking in the fields, and nuzzling and nursing the mares. Each and every foal was as cute as the one before. There is something so absolutely relaxing and tranquil about being in a place so beautiful, while at the same time feeling exhilarated by the exuberance of these new, young lives. It was easily one of the happiest mornings I have had in a very long time. 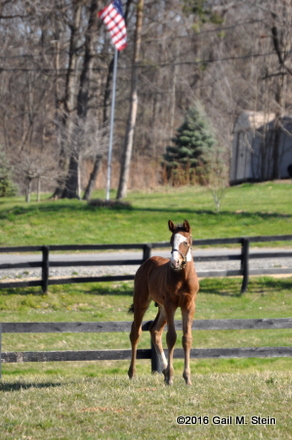 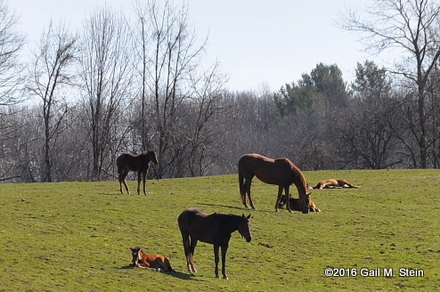 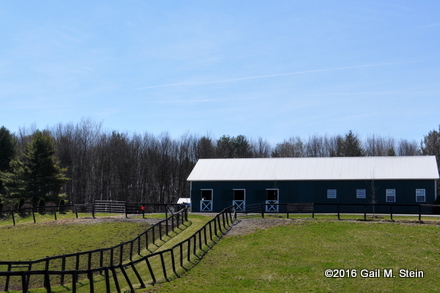 As I was loading my camera into the car and getting ready to leave, I started chatting with an employee who came out of the barn. When I commented on what a peaceful morning I had just had and said that I couldn’t remember the last time I had felt a more overwhelming happiness, she replied, “Oh, I know! No matter what kind of mood I am in when I come to work, or how busy we are, after about five minutes in this place, everything is good again. It’s impossible to be unhappy here.” I’m inclined to agree. 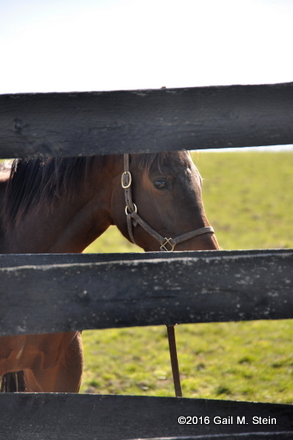 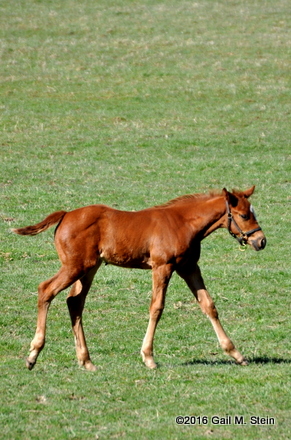 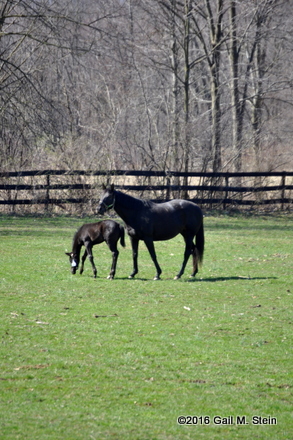 The website provides a detailed history of the 100 acre Fitch Road Farm, in addition to their other properties. It also chronicles their history of hard work and success, beginning with their first stakes horse foaled in 1978. To read more, head on over to their website: http://www.mcmahonthoroughbreds.com/. 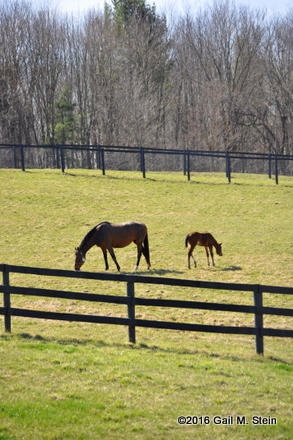 McMahon of Saratoga Thoroughbreds is a family-owned and operated business fueled by lifetimes of history and experience, and powered by passion. It is evident the minute you set foot on the property. 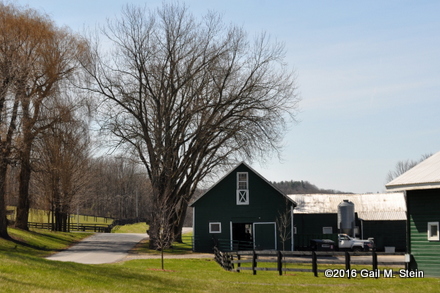