Visit Saratoga.com For Everything Saratoga
Enter Giveaways Advertise
Note: Saratoga.com is not responsible for posts and comments written by non-staff members.
Home  »  Mind-Body  »  Waging War on the Body… What if Compassion and Aligning with the Body’s Needs Was the Answer Instead? 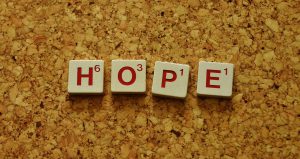 What if we replaced our all-out attack and fatphobic approach to health with advocating for nurturing choices that rejuvenated the body?

What would it be like to live in a world where another starvation diet and combative body battles were no longer in vogue?

What if we could wake up to a world where health access was available, without bias or marketing manipulation, for every size, color, race, and body type?

Could we then accomplish freedom from body shame, food fear, and diagnostic-whack-a-mole?

Then, would we all be free to be who we really are?

Unfortunately, this is not the case for healthcare today. Not yet anyway. That’s not to say that it won’t be.

Let’s look at some of the background showing how we came to our current approach to health and body care. Only by analyzing our history, the failures along with the successes, can we move forward into something more inclusive and freeing. 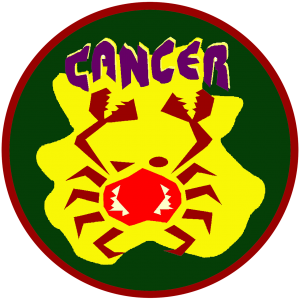 By 1970, cancer was the second leading cause of death, and something had to be done.

The National Cancer Act of 1971, an amendment to the Public Health Service Act of 1944, was a governmental solution and the first official declaration of  “war on cancer” by President Nixon.

According to the National Cancer Institute (NCI) Website, we may have made some headway in the United States since then. Whereas worldwide cancer mortality rates are expected to increase, there has been a national decline in overall cancer deaths, with a drop of 13% between 2004-2015. Statistics from the NCI are based largely on the SEER (Surveillance, Epidemiology, and End Result) Program. The SEER Program “collects and publishes cancer incidence and survival data from population-based cancer registries that cover approximately 28% of the U.S. population.”

Reviewing the timeline of events in NCI history, programs based on prevention, wider screening, and research into initiatives (i.e., precision medicine) were more apparent in the later years of reported declines.

“75 Years of Mortality in the United States” reports, “Although the number of deaths increased over the 75 years, the risk of dying decreased.” Interesting.  The website states:

Reductions in deaths and death rates are often used as an indicator of the success of public health initiatives to improve the health and well-being of the U.S. population, as well as to set national goals for reducing disparities in the burden of mortality across groups. Anti-tobacco campaigns, AIDS prevention programs, and cancer screening promotions all use lives saved as a measure of success.

Statistics can get confusing, but let’s just say the measurements aren’t exactly perfect.

There appears to be some success in alleviating death risk, but with more money, more years, and more research, we still have an increase in number of deaths. Furthermore, quality of life during and after conventional treatment is a factor for cancer care that doesn’t usually get measured in mortality statistics. (1, 2, 3)

Some say we may be “barking up the wrong tree,” trying to combat cancer without a true understanding of what it is. Although screening is assumed to be a factor in decline of death rates, there is a big controversy on the benefits of screening to save lives versus the potential harms of over diagnoses.

It appears to me that when we declare war on the body and its natural processes, we achieve minimal success at best, with a high cost, emotional, physically, and financially.

As we fight cancer and other diseases, we are engaged in another battle, one aimed at the body itself. We have declared a “war on obesity” and we aren’t “gaining progress.” In fact the trends are rising. No matter how we twist the numbers and how many diet and exercise books enter the market, many recycled with flashy terms, we are “losing.”

Although it may be uncool to use the word “diet” now, anti-aging, fitness, and health culture (“healthism”) are gaining popularity with just as many rules and rigidity around body manipulation and food.

This epidemic of fat shaming blames the victim, uses ineffective science, and participants usually end up worse off than when they started “combat duty.”

Click here to read more on: What If Everything You Believed About “Shrinking” Body Size Was Wrong? It discusses how our obsession with body size and fear of disease is causing detrimental effects on our minds and bodies. 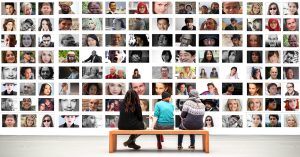 Thanks Pixabay for images!