When locals and visitors think of Saratoga Springs, one of the first images that is bound to come to mind is...Broadway! Broadway is often referred to as "downtown" because it's the city's main strip, housing a variety of popular stores and businesses.

The Broadway Historic District in Saratoga is comprised of a distinct southern and northern section, including beautiful neighborhoods. While the southern end features more of the commercial aspects of the city, consisting of many businesses and private buildings, the northern end is more of a residential neighborhood with stunning Victorian homes.

In 1977, Saratoga Springs enacted a local historic preservation ordinance that allowed for certain buildings and neighborhoods to be protected from destruction and new construction. Then, in 1979, Broadway was officially recognized as a historic district by the National Register of Historic Places.

A review process is required for changes to be made to buildings in Saratoga's historic districts, which will help ensure they retain their unique architectural character.

Check Out Buildings & Major Sites in the Broadway Historic District 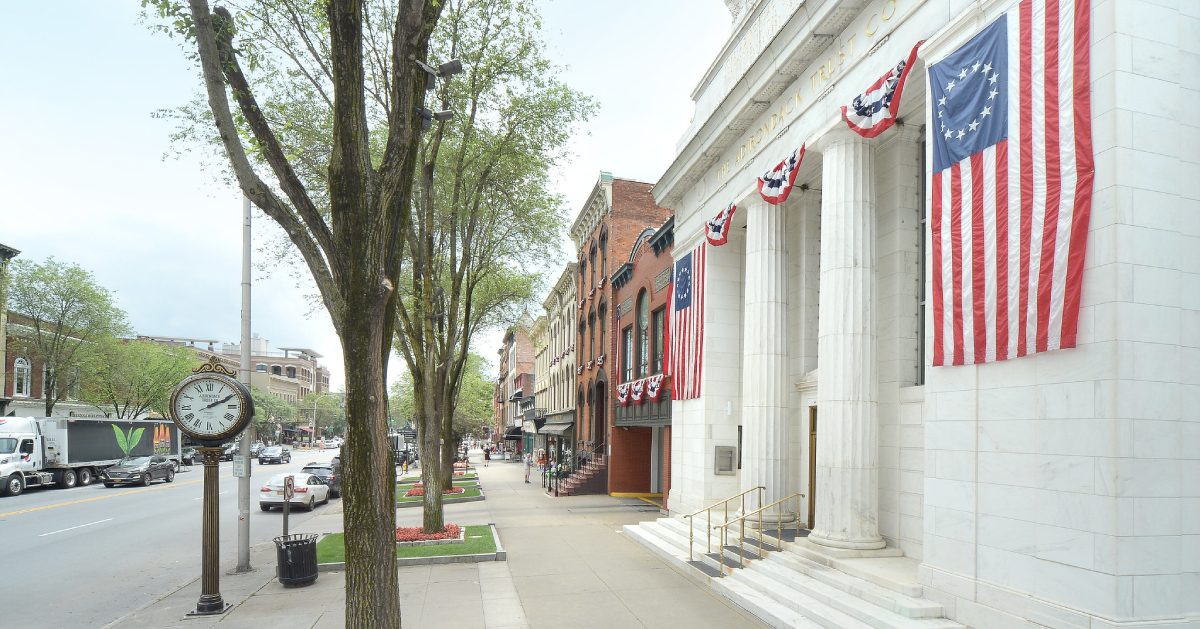 The Adelphi Hotel - This historic hotel originally opened in 1877 and welcomed guests who were visiting Saratoga for its natural spas and springs. Since then, it has been transformed into a modern day luxury hotel. The building is located at 365 Broadway.

S.W. Ainsworth Building - This ornate Victorian brick building is three stories tall and dates back to 1871. It is located at 456-70 Broadway.

Learn About the Historic Districts in Saratoga: Names & Locations

Broadway Area - The district is a section of Broadway that stretches from Spring Street to Van Dam Street.

Union Avenue - This district consists of both sides of Union Ave, from Regent St. to Ludlow St. (as well as structures located on parallel streets and alleys to the north and south).