Home / About Saratoga / Battle Of Saratoga

The Battle of Saratoga, comprising two significant battles during September and October of 1777, was a crucial victory for the Patriots during the American Revolution and is considered the turning point of the Revolutionary War. The Battle was the impetus for France to enter the war against Britain, re-invigorating Washington's Continental Army and providing much needed supplies and support.

Recognized as one of the fifteen most decisive battles in world history, the Saratoga National Historic Park commemorates the site where a new Nation emerged.

A Brief Overview of the Crucial Battles of Saratoga 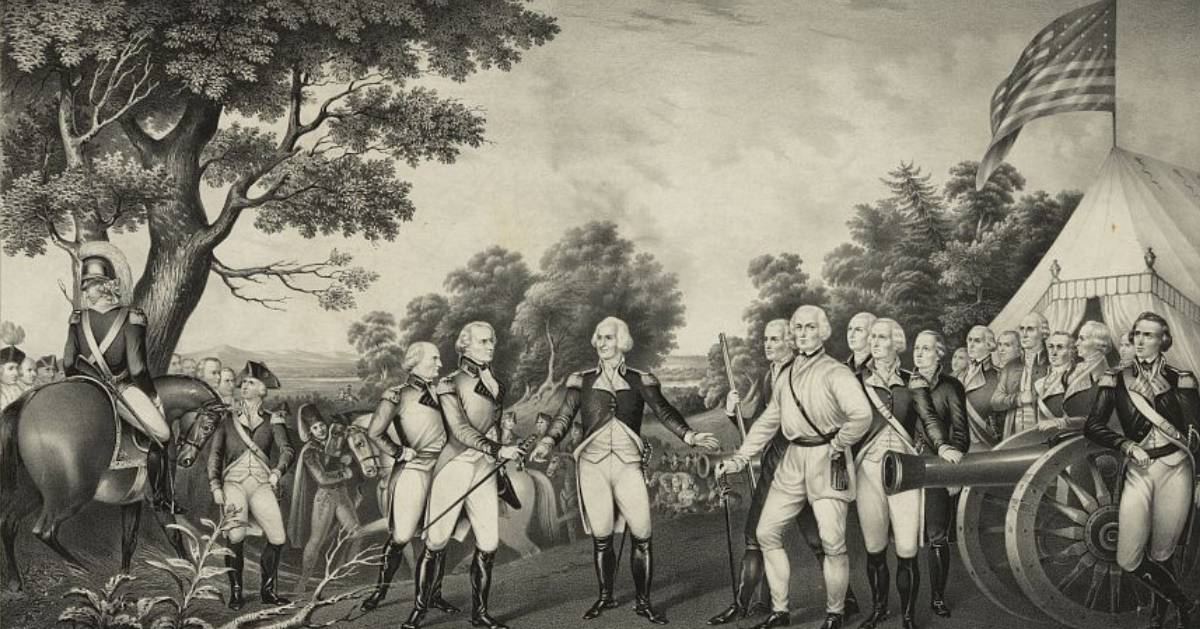 The turning point in the Revolutionary War began as a plan by the British to strategically control Upstate New York and isolate New England from the Southern colonies in an effort to decisively put an end to the Revolution. It ended as an opportunity the Patriots were waiting for.

British troops led by General John Burgoyne planned to drive south from Montreal to Albany, NY along the historic water route of Lake Champlain, Lake George and the Hudson River. Once in Albany, they would join forces with two other British commands, one coming north from New York City and the other coming east along the Mohawk River valley.

Burgoyne's advance south faltered in the forests near the Lake George area. Colonist troops were felling trees and blocking Burgoyne's path, slowing the British considerably. By the time Burgoyne reached Fort Edward, they were running low on supplies. A detachment was sent to procure cattle and supplies from nearby Vermont, and were subsequently overrun by Colonist forces, further dwindling Burgoyne's numbers.

Separately, the British that were traveling North from New York City under the command of General Howe, decided to veer from the plan and 'take' Philadelphia, which they did, however, Washington's Continental Army retreated to York and prevented Howe from leaving and joining forces with Burgoyne. In addition, Washington realized that a major battle was shaping up, and sent troops north. He also put the word out that any Militia that could join the troops should. The end result was a large contingent of regular troops and militia gathered in the Saratoga area. 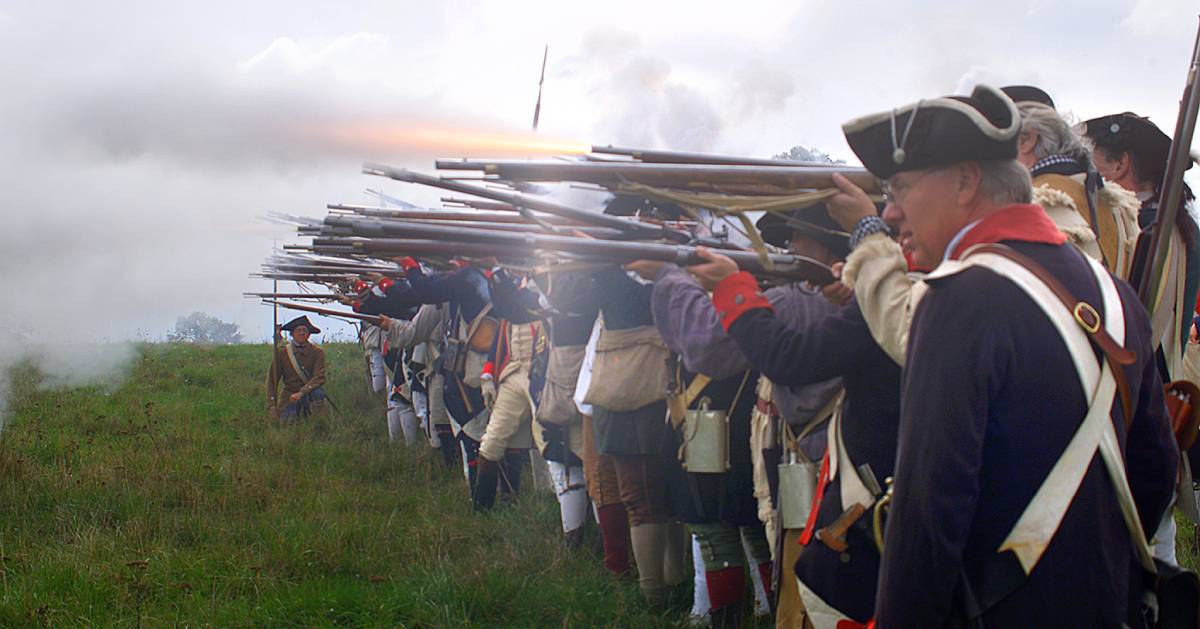 Burgoyne again began his advance south, but was stopped about 10 miles below Saratoga. The first battle of Saratoga, the Battle of Freeman's Farm, took place on September 19, 1777. A militia of sharpshooters from Virginia harassed the British, while other colonist forces aggressively charged into battle with them. Burgoyne lost two men for every one on the American side.

The second battle, the Battle of Bemis Heights, occurred on October 7, when Burgoyne determined to break free from the encircling colonial forces and drive them from the field. The British troops and their German allies were devastated, and nearly lost their entrenched positions. Fighting on horseback, Benedict Arnold, received a wound in his leg during this battle; his contribution to the battle is commemorated by a statue of his boot, with no other reference to the hero turned traitor.

This defeat at Bemis Heights forced Burgoyne to withdraw north to camps in and around the present Village of Schuylerville. Burgoyne surrendered on October 17, 1777, in what would later be named Victory NY, where the Saratoga Monument memorializes that important day.

Disgraced, Burgoyne returned to England, and was never given another command. These crucial colonist victories at the Battle of Saratoga persuaded the French to support the Americans with military aid, and is considered the major turning point in the American Revolution.

See Where It Happened! 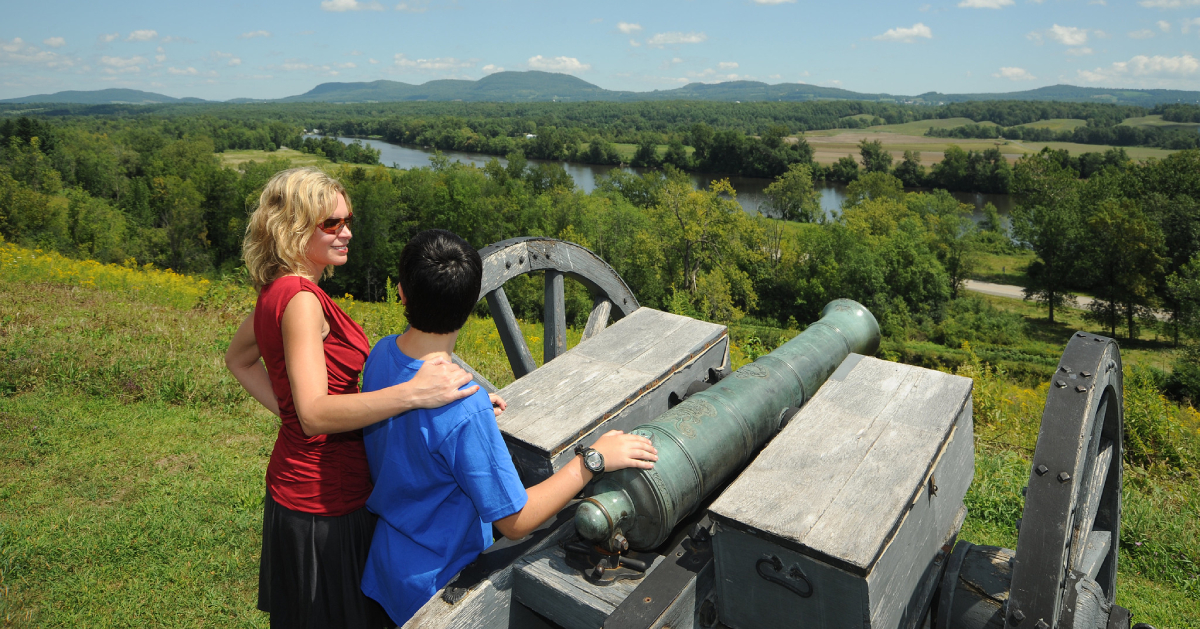 Here in Saratoga you can walk the battlefield that marked the turning point of the American Revolution, observe period artillery and discover more about the crucial Battle of Saratoga. Visit our page on Saratoga National Historic Park: Site of the Battle of Saratoga to learn more.

MORE: Full excerpt on the Battle of Saratoga from Creasy's 15 most Decisive Battles