A Comic Con Preview
Bi-coastal Creators of Dream Crasher Come Home to Saratoga
SARATOGA SPRINGS – Creation and collaboration are fascinating processes. More art than science, with a little alchemy thrown in for spice – what once was a blank canvas or page becomes full of images to delight and stimulate; words that can inspire and perhaps motivate.

My words this morning are designed to motivate you to do one thing. If you are attending this weekend’s – the Fifth (!) – Saratoga Comic Con at the Saratoga City Center – you will be faced with the usual cornucopia of sensory overload, as well as R2D2 I hear… I’d like to suggest a stop in the vendor area, to say hello to two locally born guys who have a collaborative success story on their hands.

Daniel Stalter and Reed Olsen met when they were together doing crew as part of the Saratoga Rowing Association’s (SRA) fine programs for young people. They learned more about each other’s interests at events like slam poetry, and started collaborating seriously in 2010 – Dainel as writer; Reed as illustrator.

One thing worth noting: While this is a hometown angle story, this is a success story regardless of where they are from. By any objective measure – These guys are good! 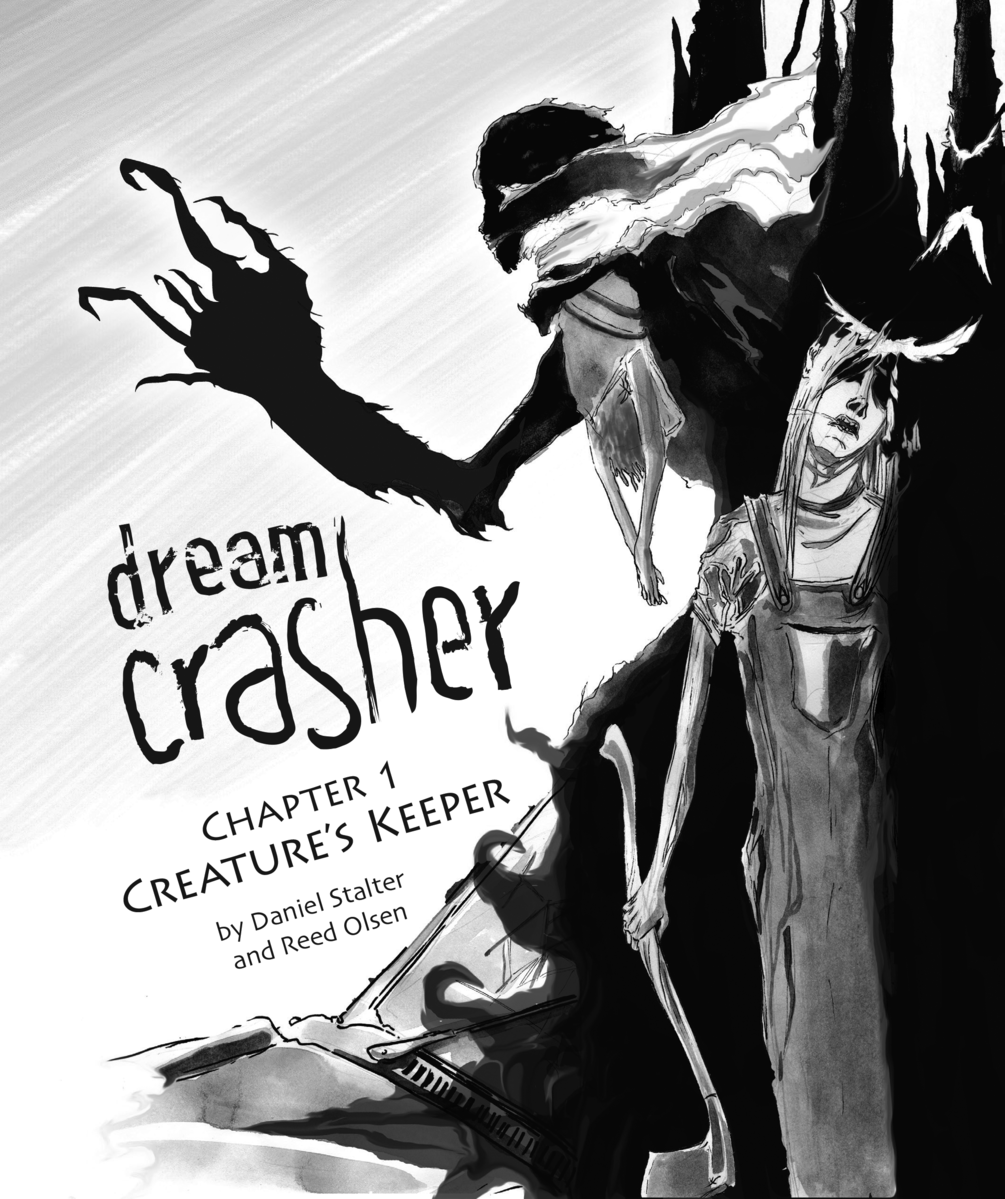 And it’s just not me that says so: The collective ‘you’ out there, who helped launch the Dream Crasher comic series via a successful Kickstarter program, are saying so. Based on that program, chapter 1 of Dream Crasher was launched in 2015. It just happens to be a nice bonus that they had their formative beginnings in this area…

“Our goal from the Kickstarter program,” Daniel, now a resident of Brooklyn, noted, “was to have the funds to do a large print run. There’s still something about a comic that you can pick up and hold in your hands. It’s easier to read, and they tend to have a larger shelf life.”

Off the success of that campaign, the two have put out Chapters 2 and 3; with a fourth on its way. They anticipate that the entire series will be 12 chapters. 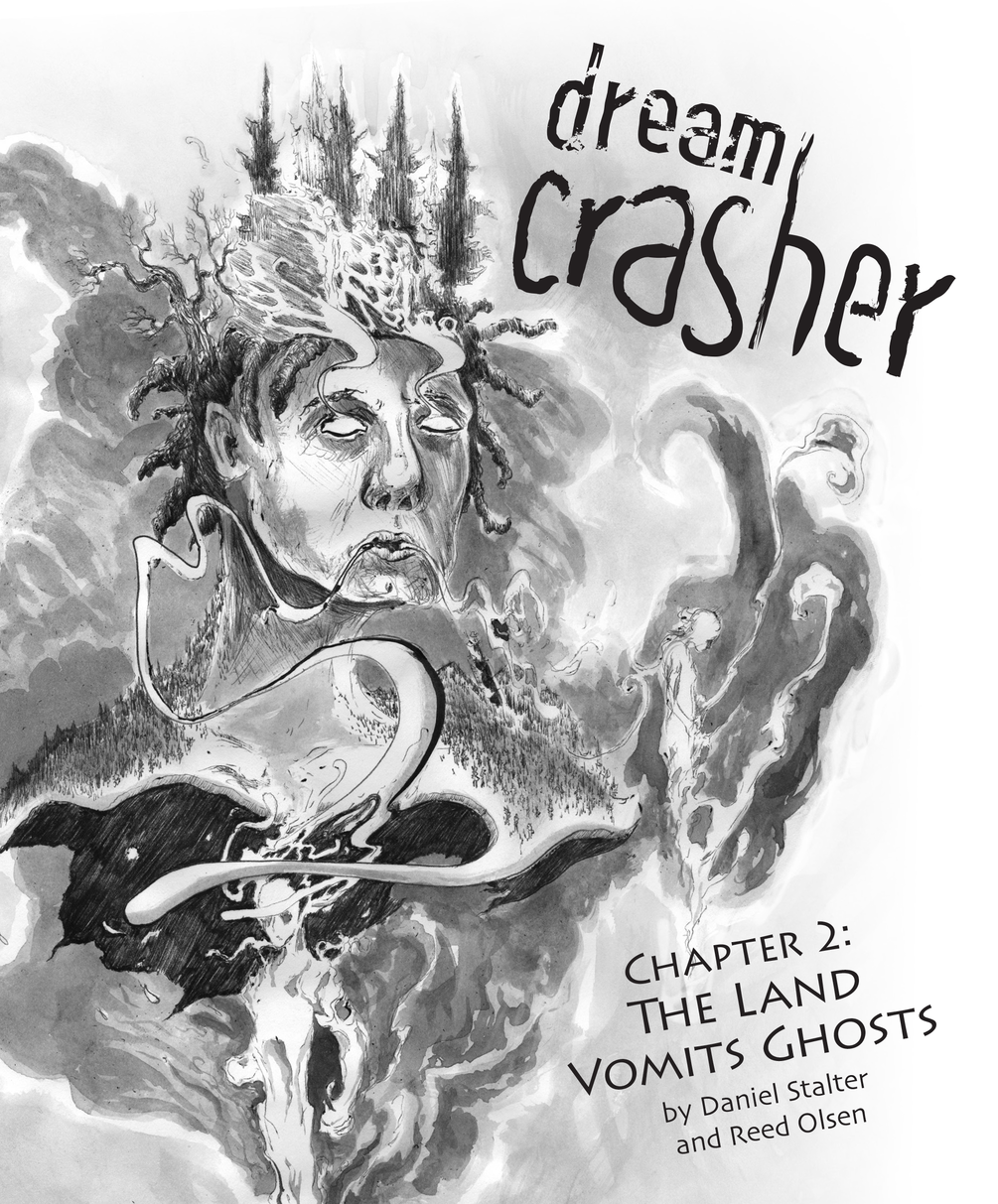 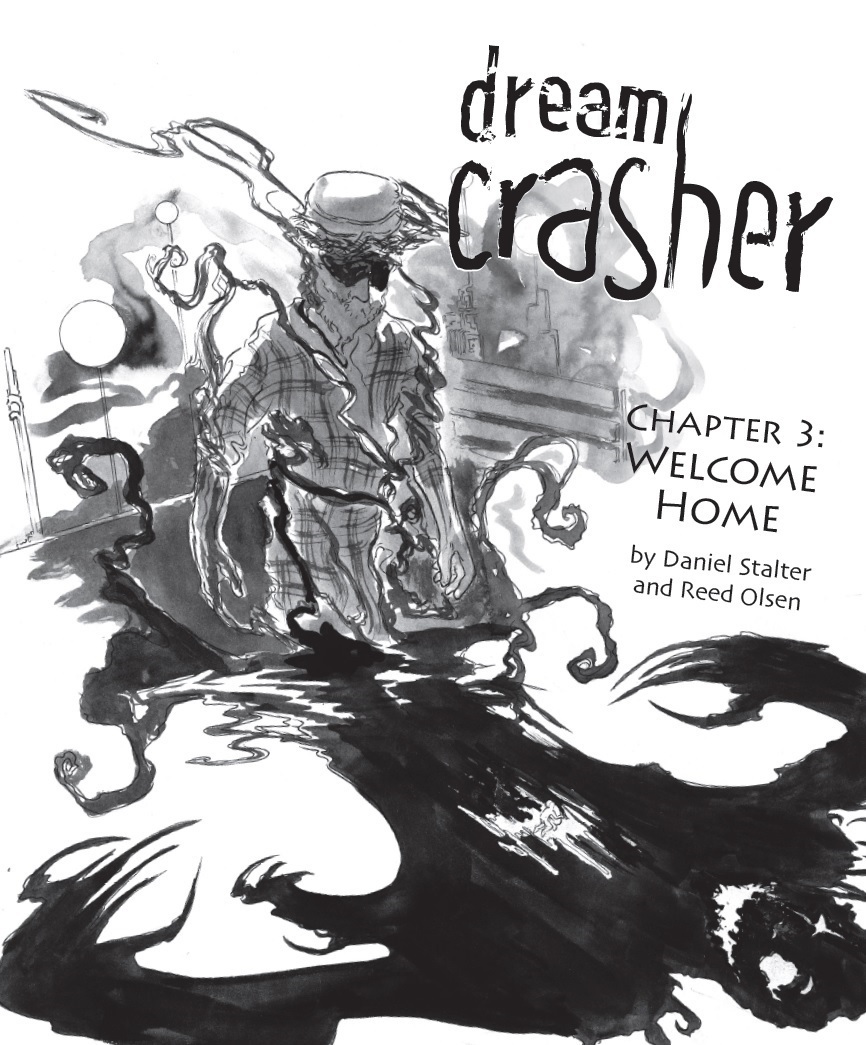 The Dream Crasher story line begins with the aftermath of “… a cataclysmic event, a group of children struggling to survive find themselves caught in the middle of a conflict between two mysterious entities, neither of whom are what they appear to be” according to The Dream Crasher Website. In Chapter 1 (“Creature’s Keeper”), we meet “Amalie, {who} lives alone with a strange beast she calls Creature. She doesn’t know what Creature is or where he came from, but she knows that he has her Papa’s eyes. The two have been working together since The Long Winter started, but everything changes one day when Creature brings home something that Amalie hasn’t seen in a long time: a living human boy.” 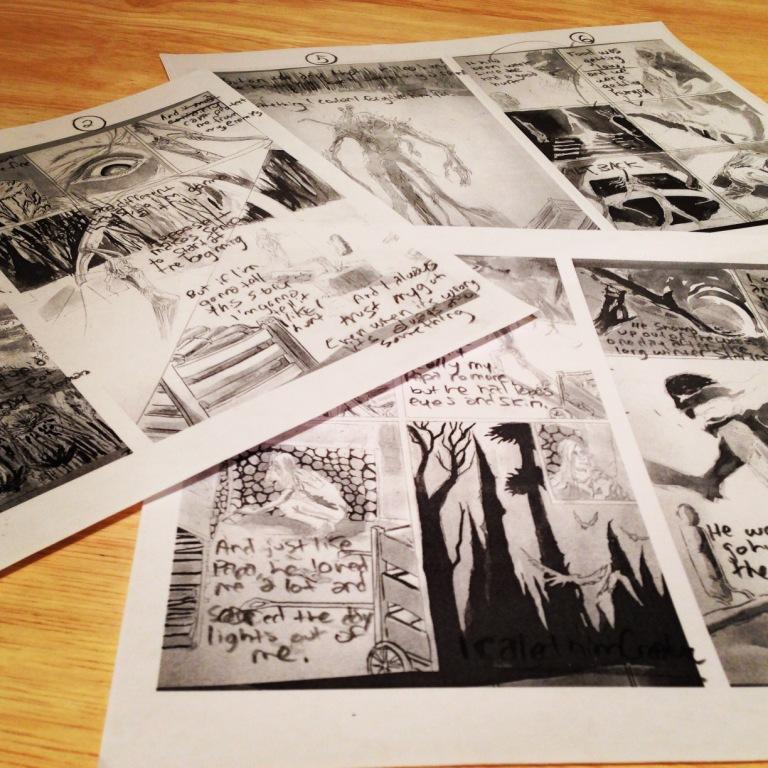 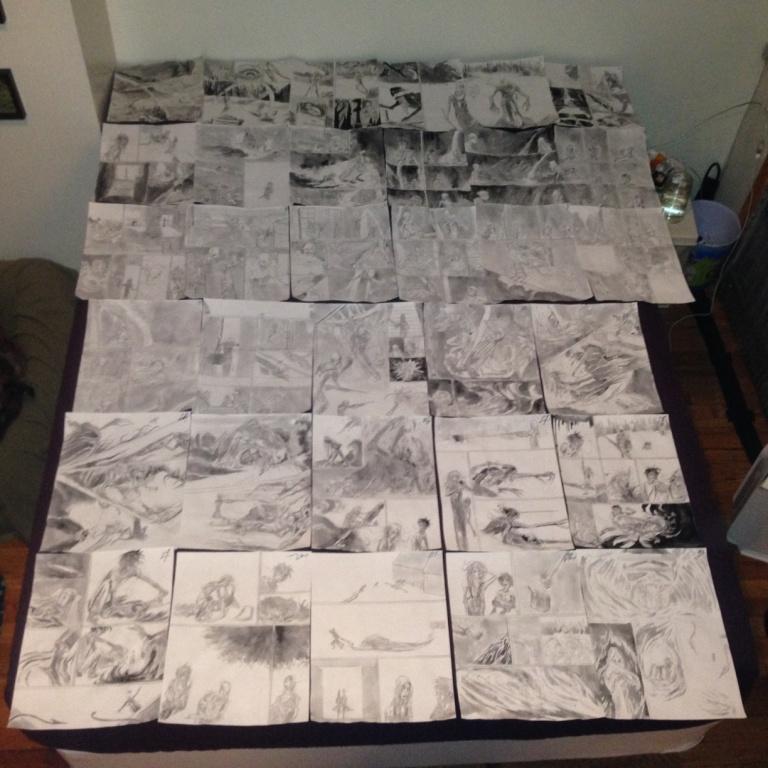 The second chapter (“The Land Vomits Ghosts”) advances the story of Amalie and the boy, who we come to know as Simon: In “The Land Vomits Ghosts,” Amalie finds herself struggling between an uncertain future and her haunted past. When she makes the decision to leave home and accompany Simon back to his fort, the part of the story that she has avoided telling begins to catch up with her.” 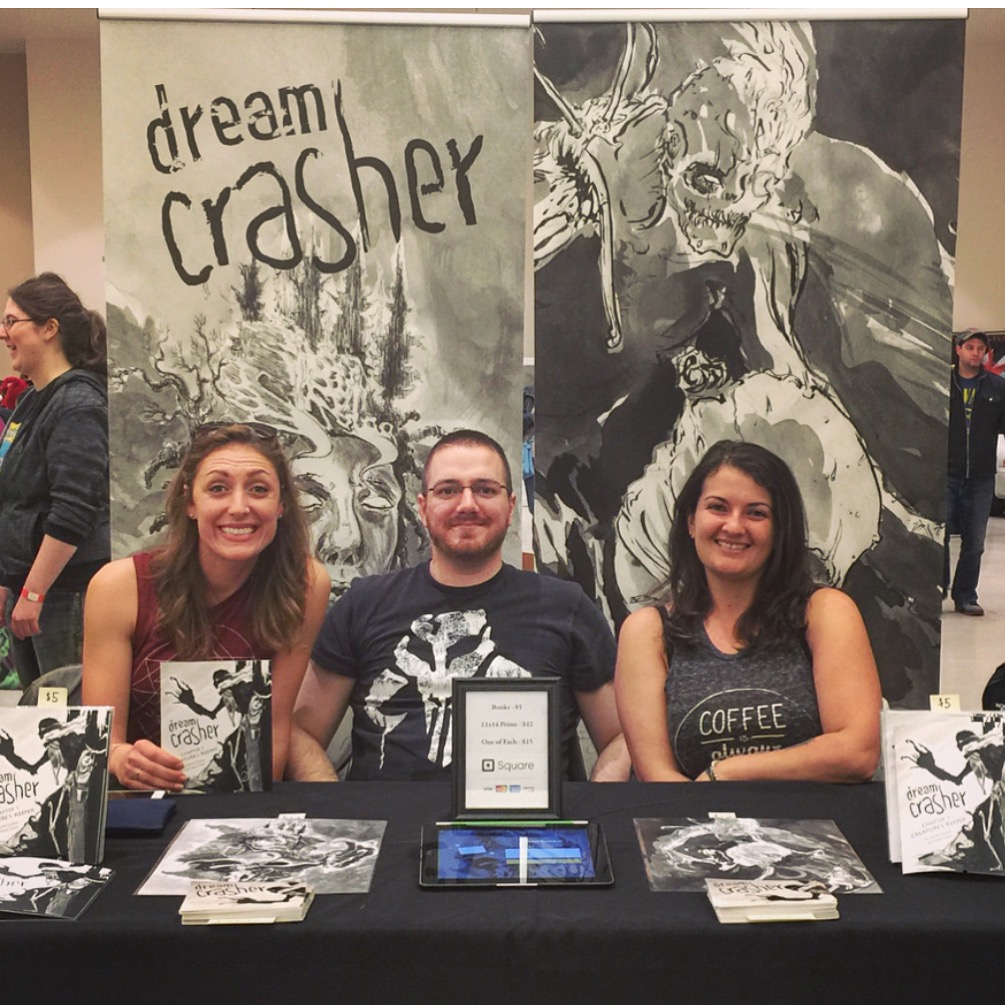 Chapter 3 ((“Welcome Home”) some clarity emerges about the events which led to the post-apocalyptic world of Dream Crasher, as “Amalie tells the part of the story she has avoided telling so far, beginning with Papa’s return home from the War.” 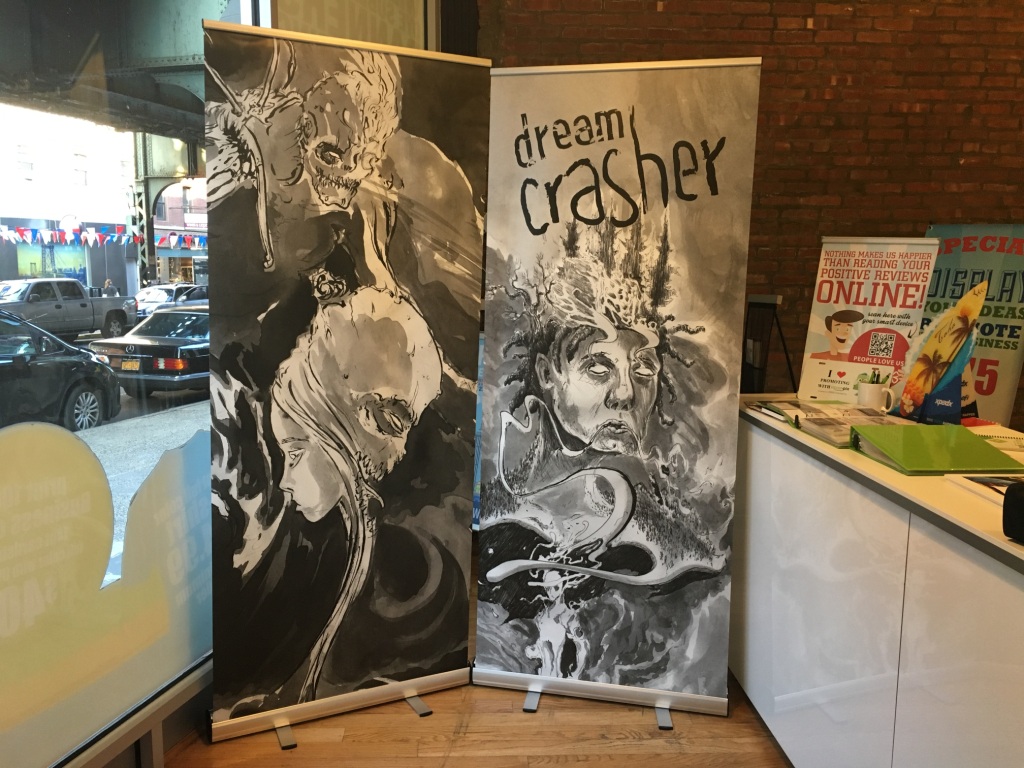 The success to date of Dream Crasher has afforded Daniel and Reed to plan; to hit the Comic Con Circuit with display materials and a booth, and to be confident to release a schedule for the next three chapters:
Chapter 4: Dearest, the Shadows
Coming in Spring 2017
Chapter 5: The Dreamer’s Parasite
Coming in Fall 2017
Chapter 6: Lights in the Sky
Coming in Spring 2018

Saratoga ComicCon is a nice event for Reed and Daniel “It actually will be the first time we are exhibiting together at the same show,” Daniel noted. Previously, they had attended these solo, often sharing booths to save monery. 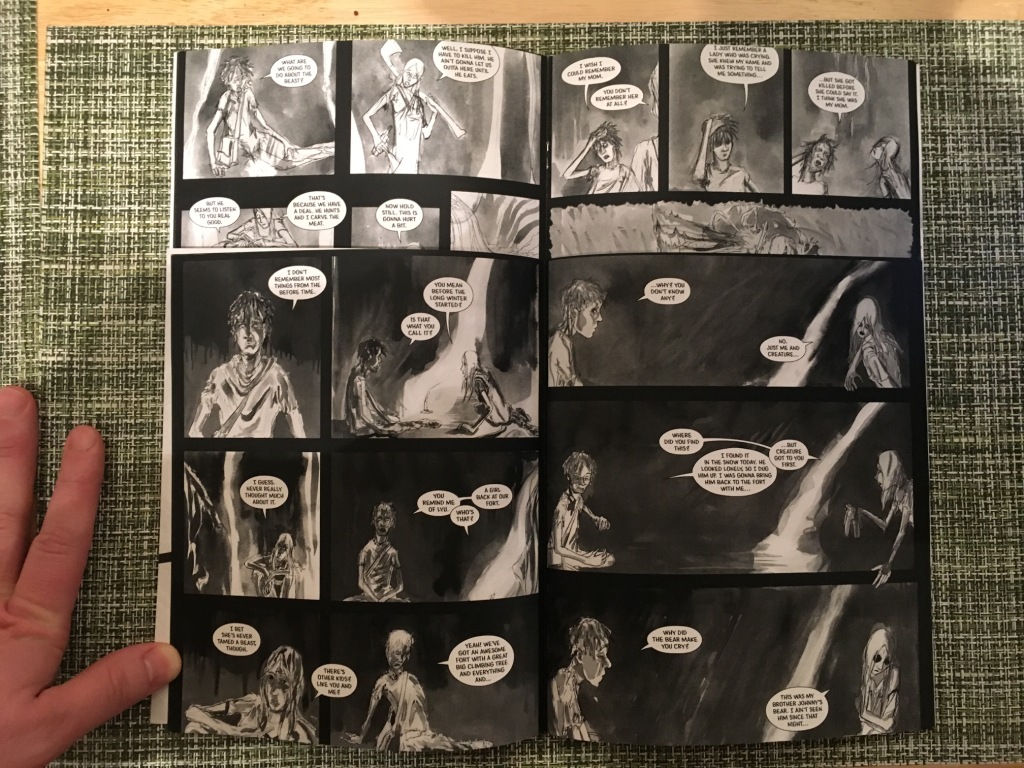 So it appears that the Hometown (Comic book) heroes are on their way. This is a story in progress, and it shall be an interesting adventure to see what the next chapters will bring: for Reed and Daniel; as much as for Amalie and Simon.

For general information about this weekend’s Saratoga Comic Con, see This post from April 18