At Age 5, Porter Declares She Will Make a ‘Whole House’ for the Homeless… Don’t Bet Against Her!

SARATOGA SPRINGS – As adults, part of the rite of passage is that we are trained to see the obstacles, the downsides, the ‘what if’s’ and the ‘on the other hands’ – sometimes to the point of being paralyzed into inaction about a given subject. The by-products of this thinking, however, can be skepticism and negativity ruling the day.

For some children, things are more cut and dried. They see a problem, and they devise a solution – unfettered by the complications that we adults love to try on for size. The solution is simple; it’s all crystal clear.

Porter Haupt had the answer. The 5 year-old kindergarten student at Caroline Street school had taken inspiration from the writings of Jane Addams. Ms. Addams has been regarded as the mother of social work and recipient of the 1931 Nobel Peace Prize. She developed settlement houses for the immigrant masses who were swarming in the country, in great numbers, beginning over 100 years ago. Most notably Hull House was a settlement house that was co-founded in 1889 by Jane Addams and Ellen Gates Starr. Located in the Near West Side of Chicago, Illinois, Hull House (named after the home’s first owner – Charles Jerald Hull) opened to recently arrived European immigrants. Settlement houses also were created to provide community services to ease urban problems such as poverty.

Porter, inspired by Addams’ writing when she read the book at the Community Roots Pre-K on Beekman, decided that she would end the homeless problem in her city, and figured out a solution – which she was excited to reveal to her mom.

Like Jane Austin’s Hull House, Porter was going to develop “Whole House” and told her parents that their house’s basement was an ideal spot for a ‘Whole House’ site. Yup, a homeless shelter, army cots and all, coming to a basement near them! What could be better?

Well, the adults in the family, trained as they were to see both the pros and cons, were in quite a quandary. They explained to Porter that since the family’s home was far from a bus line, along with a few other factors, this was not feasible. Yet they wanted to be encouraging – and so they guided Porter’s spirit and energy into helping an existing shelter – Saratoga Springs’ Code Blue. They helped Porter develop a Whole House Facebook page and a donation page (links are at end) and with the help of Pedro, her classmate and first Whole House volunteer, set about doing fundraising events such as ornament-making parties.

In very short order, Porter and her friends raised $1,200! They contacted Cheryl Ann Parant of Code Blue, asking if they could donate items that would make their clients more comfortable. As you might imagine, Cheryl had a list (hint: they could still use more!) Chief among the items needed were warm socks, long underwear and bus passes. 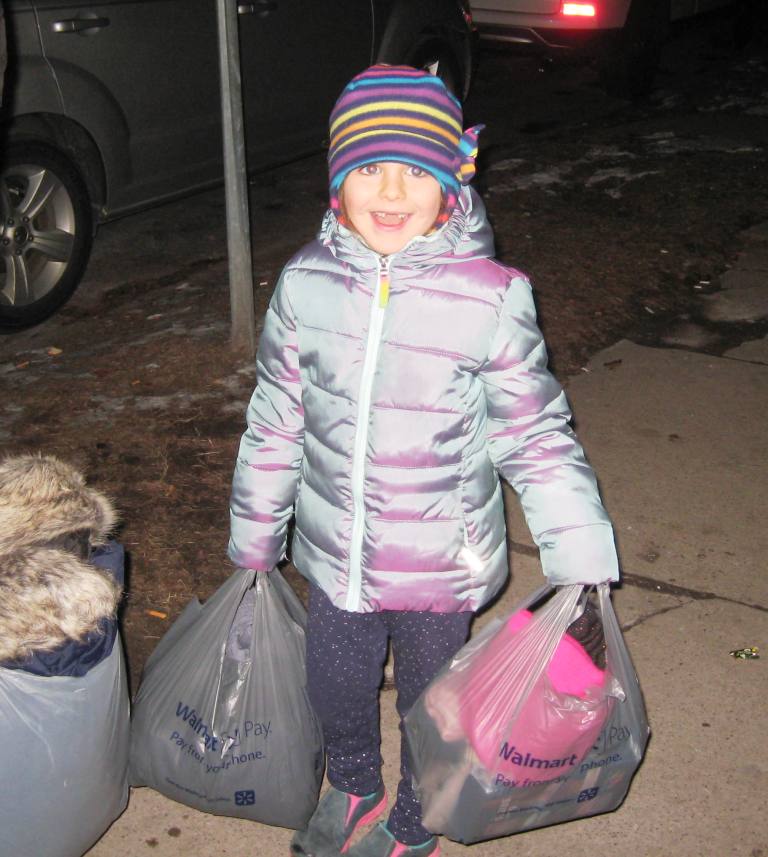 Long story short: If you cannot find any socks or underwear at the Wilton Wal-Mart for a bit – you now know why… 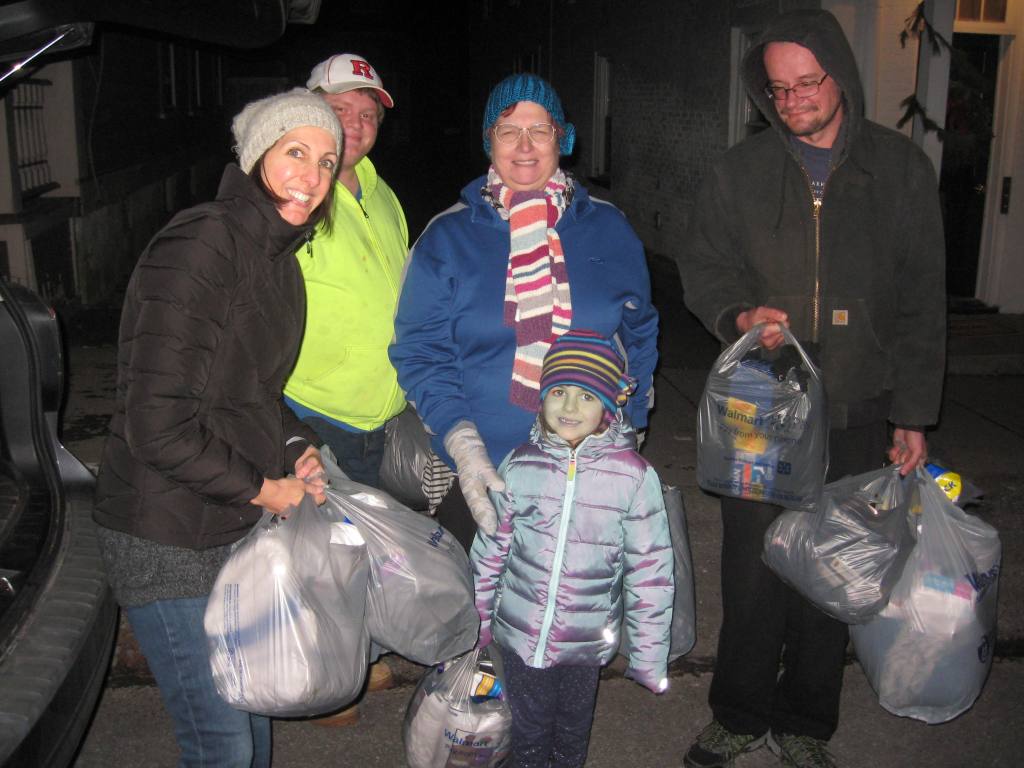 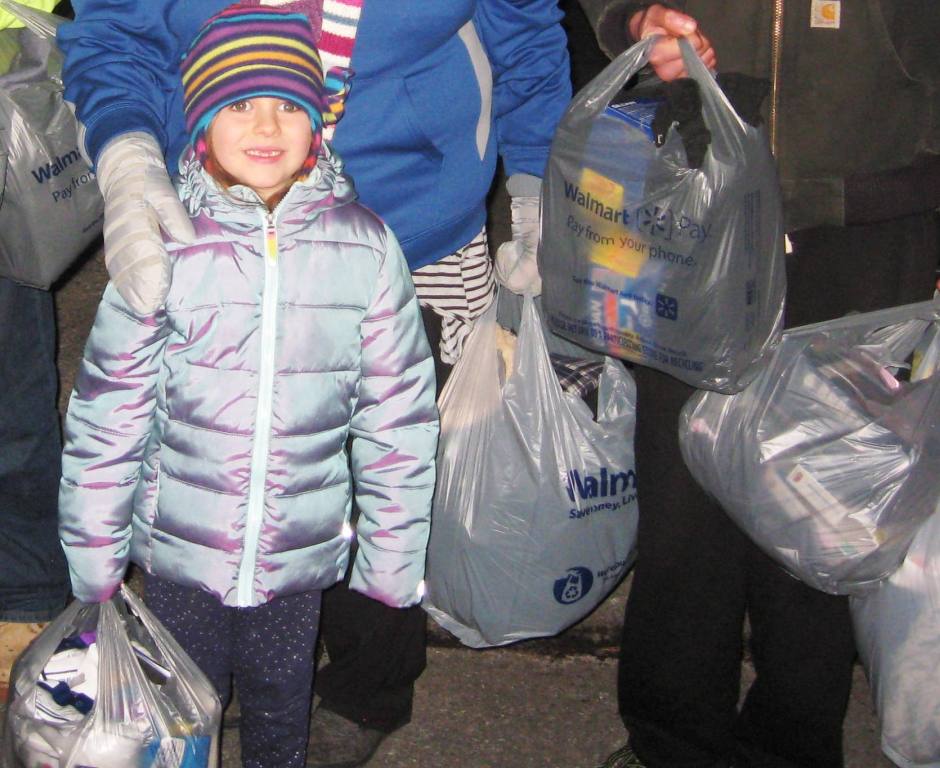 Anyway, Porter brought the donation last night to Cheryl with mom Meghan. They spent some time looking over the facility, visiting with Cheryl, the volunteer staff and some clients. They left feeling very good, but remind all of you that there is still much work to do to get through the winter and beyond. 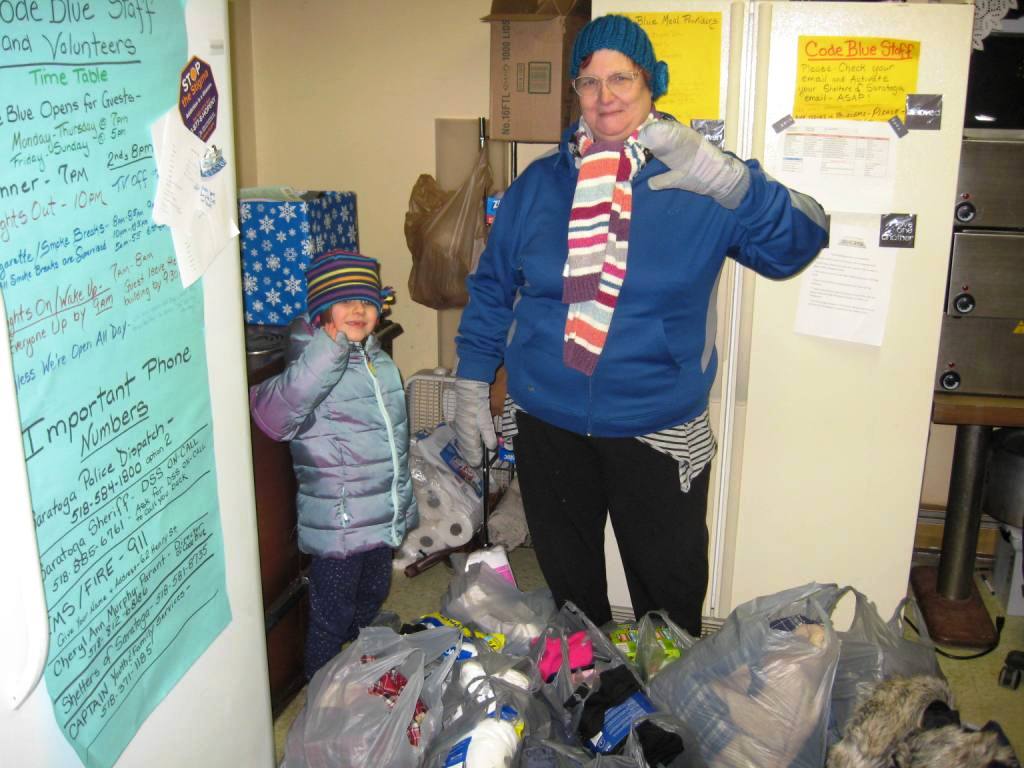 But for now, a happy ending – just like Porter said it would be.