Visit Saratoga.com For Everything Saratoga
Enter Giveaways Advertise
Note: Saratoga.com is not responsible for posts and comments written by non-staff members.
Home  »  food  »  Saratoga Wine and Food Festival: Part A Is For Atmosphere -or- Chillin’ Out at Fired Up!

Editors Note: This is the first of three posts about the Saratoga Wine + Food Festival. In this one, we explore the doings at FIRED UP! on the evening of Friday, September 7.

Keep an eye out for two more:
– On Saturday, Correspondent Mandy Weinerman had her track shoes on! Her post will have lots of photos covering both the Grand Tasting AND Saturday’s Bugatti Parade (going and coming… I kid you not!)
– And on Sunday, Photojournalist Alice Corey agreed to be bedazzled and attend Colin Cowie’s “Five Senses” Brunch. I promise you, her photos will bedazzle you back, and make you wish this event was happening THIS Sunday instead of last.

SARATOGA SPRINGS – As it turned out, I accidently made the right decision…

Most years at the Saratoga Wine + Food Festival, I make a point to come early on Friday. It being a grilling competition, I get jazzed up by watching all the flames, and sensing the aromas wafting, as the sun makes it’s exit. But this time around, something told me to wait until dark to arrive. And I was glad I did, for this was the first thing I saw:

It was an “Ahhhhhh!” moment – on a few levels. Soothing colored lights bathing buildings around the reflecting pool. A new location; completely reimagined. That was the first “Ahhhhhh!” 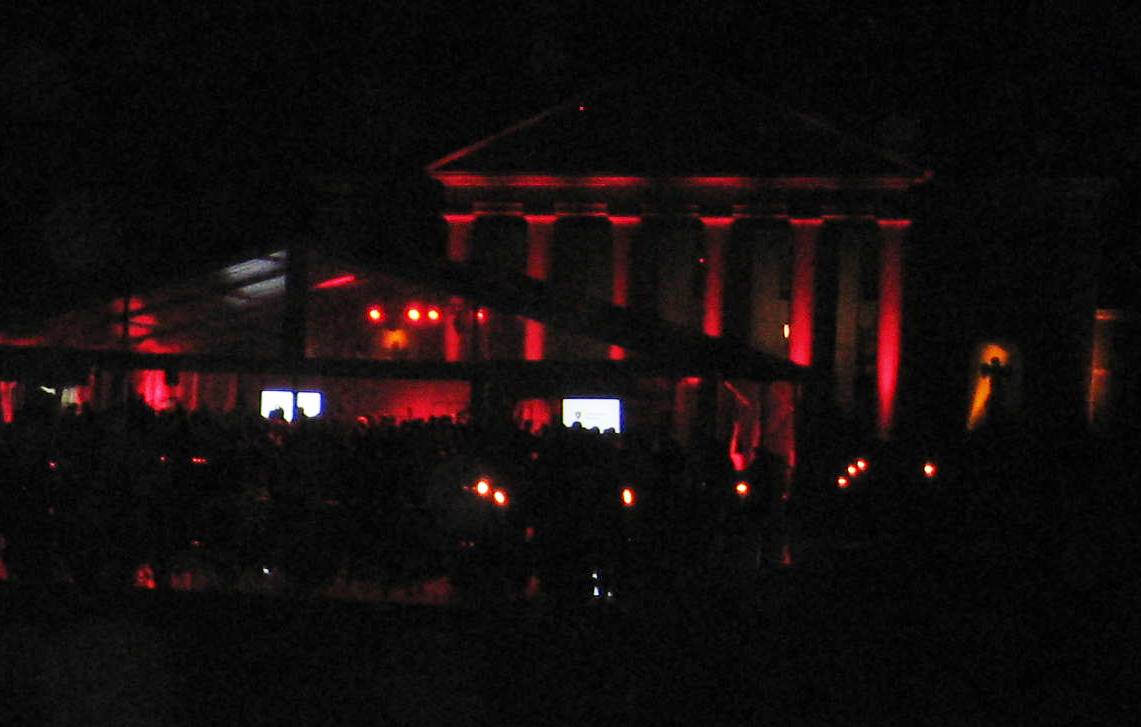 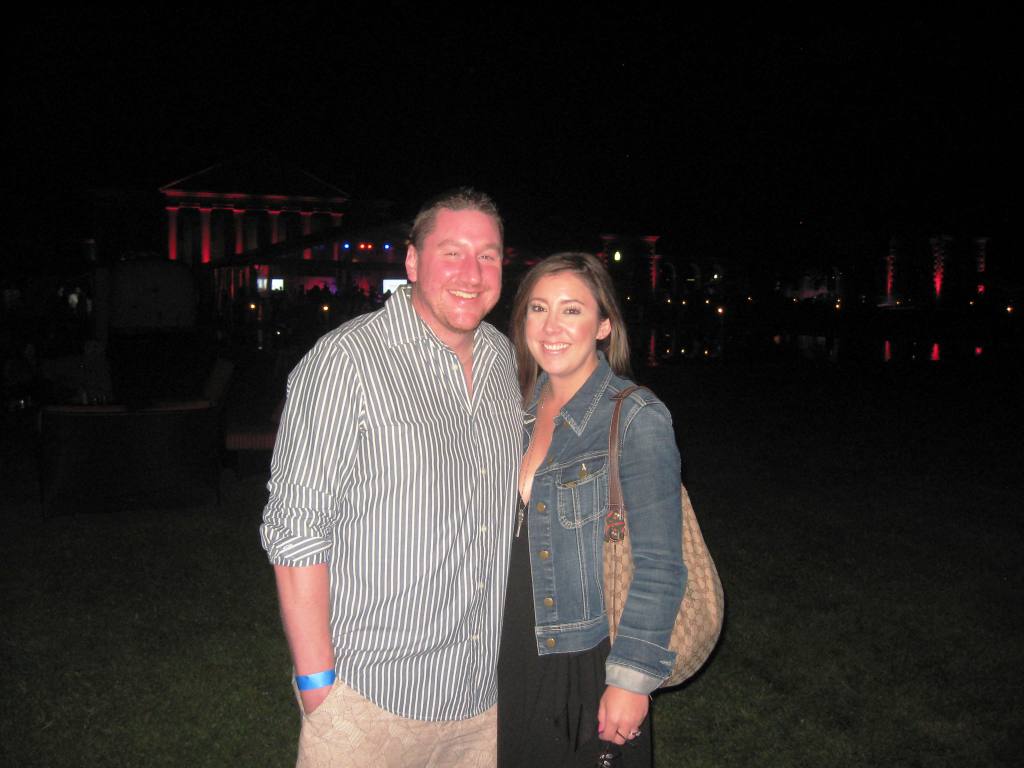 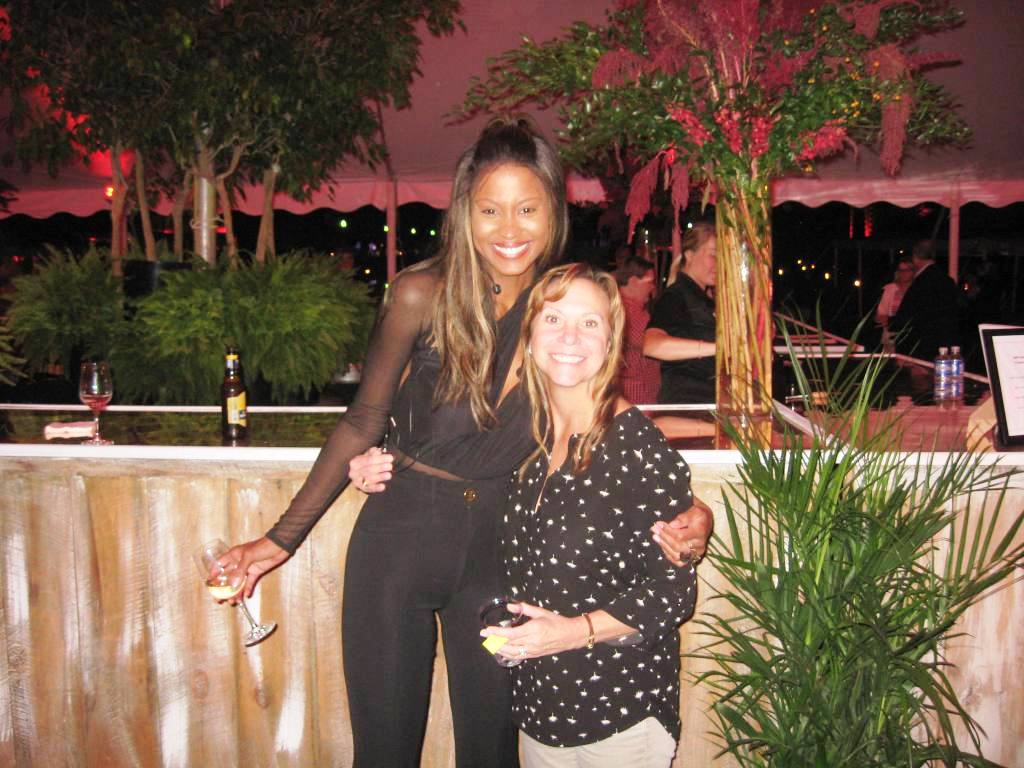 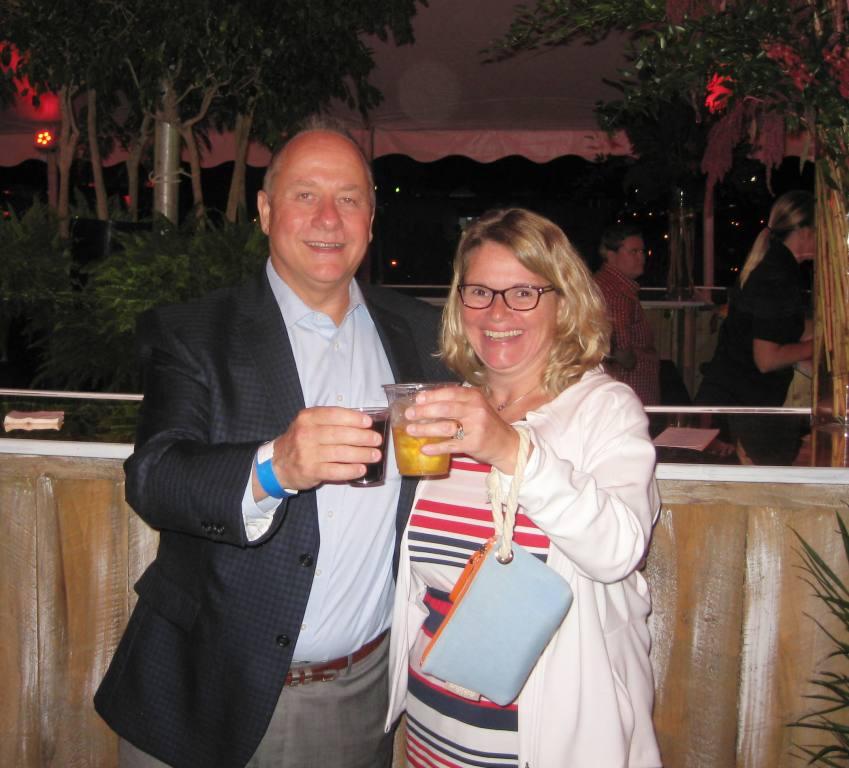 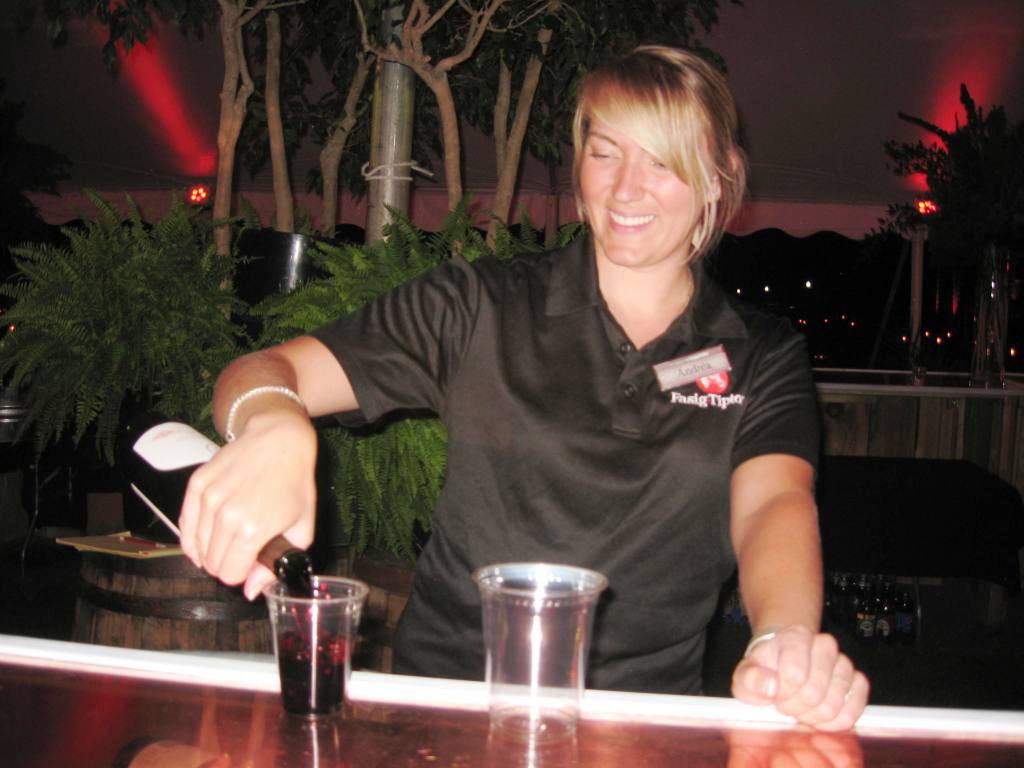 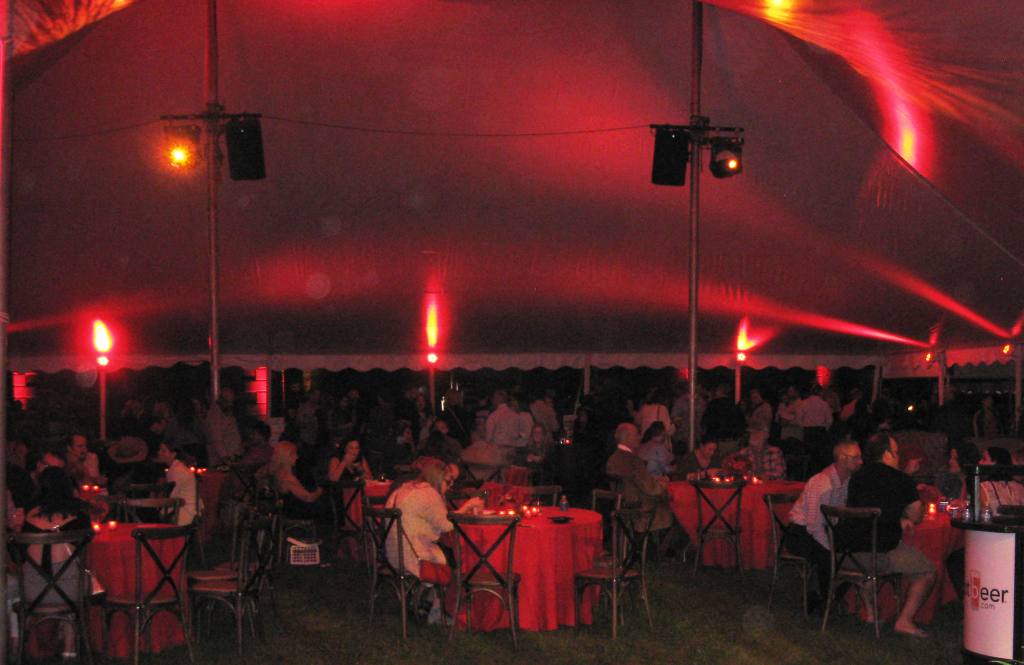 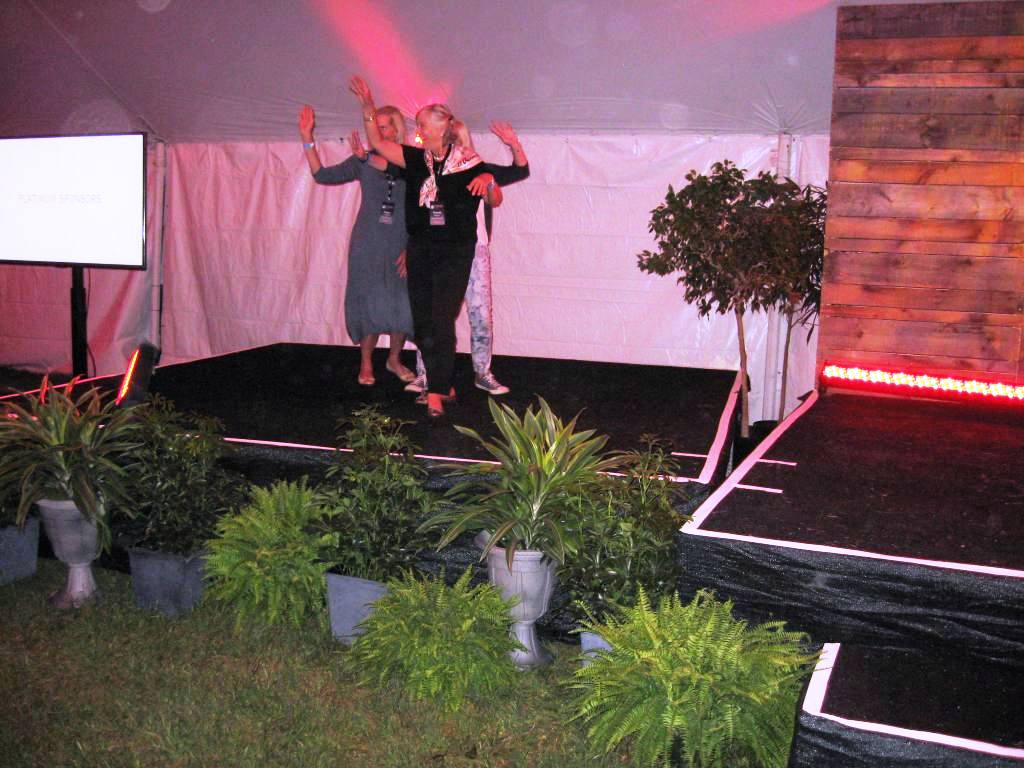 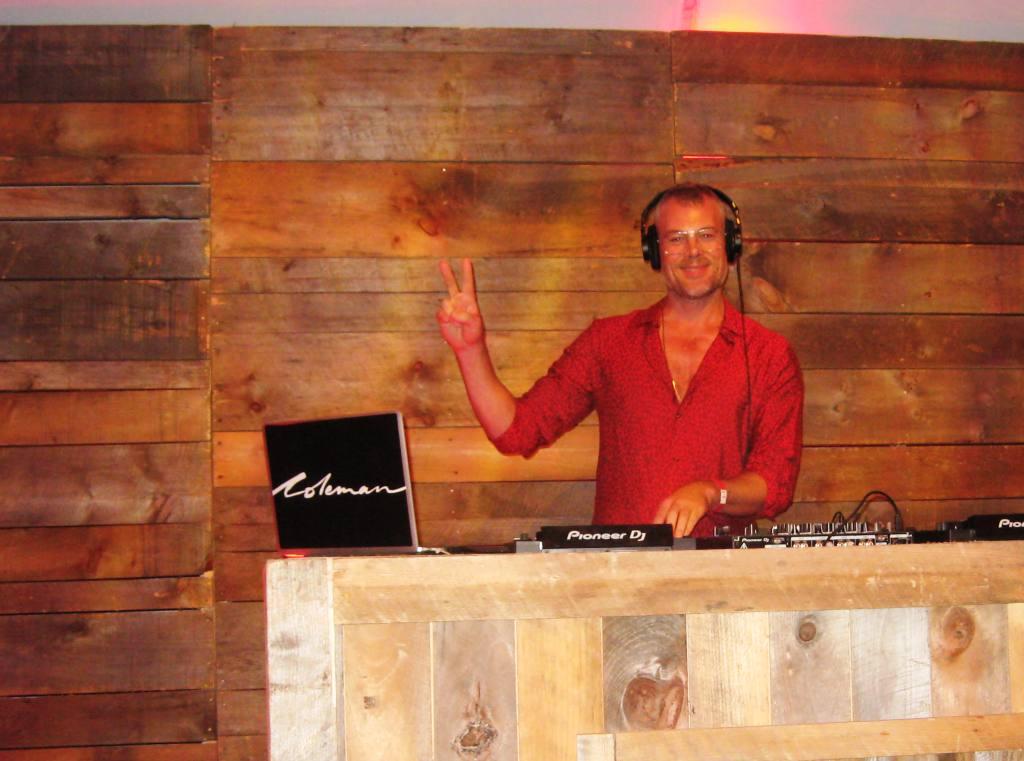 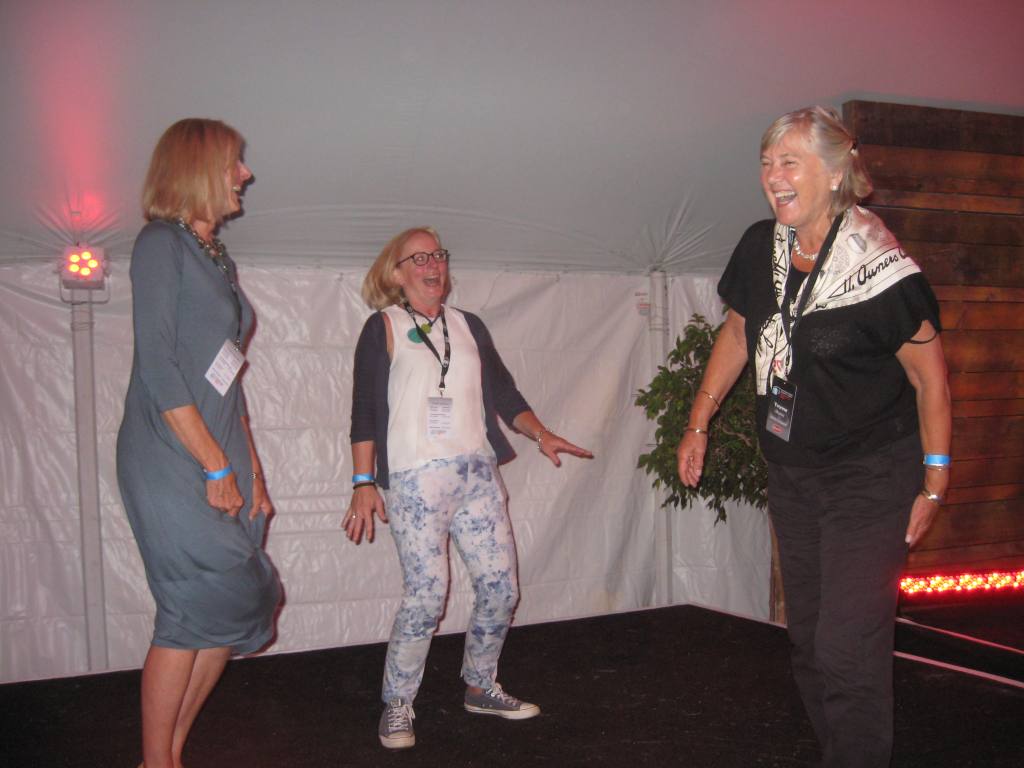 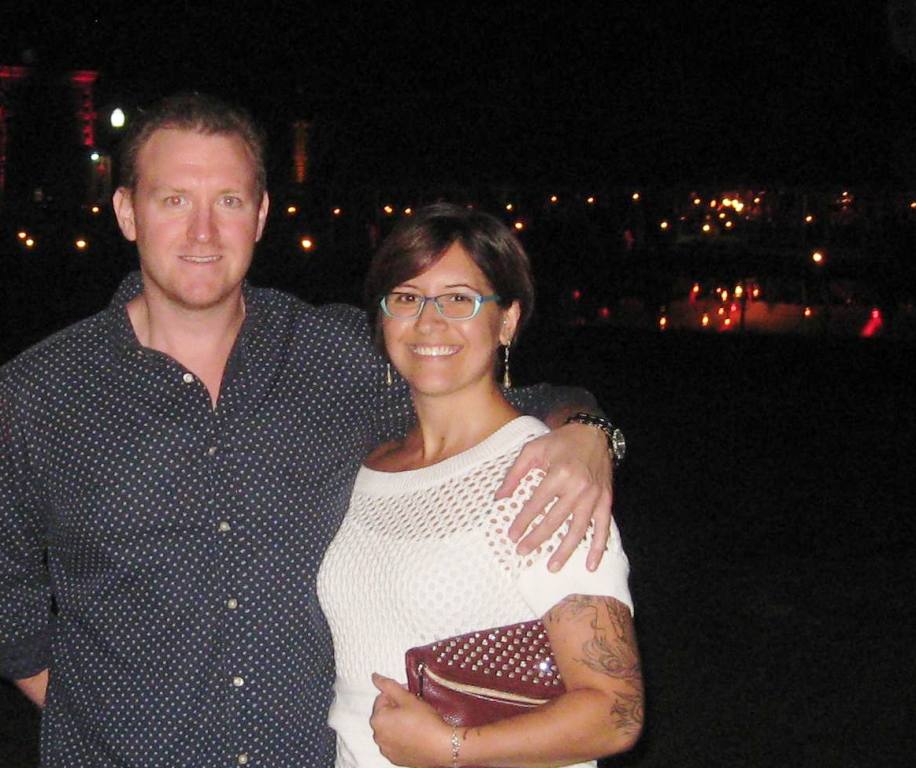 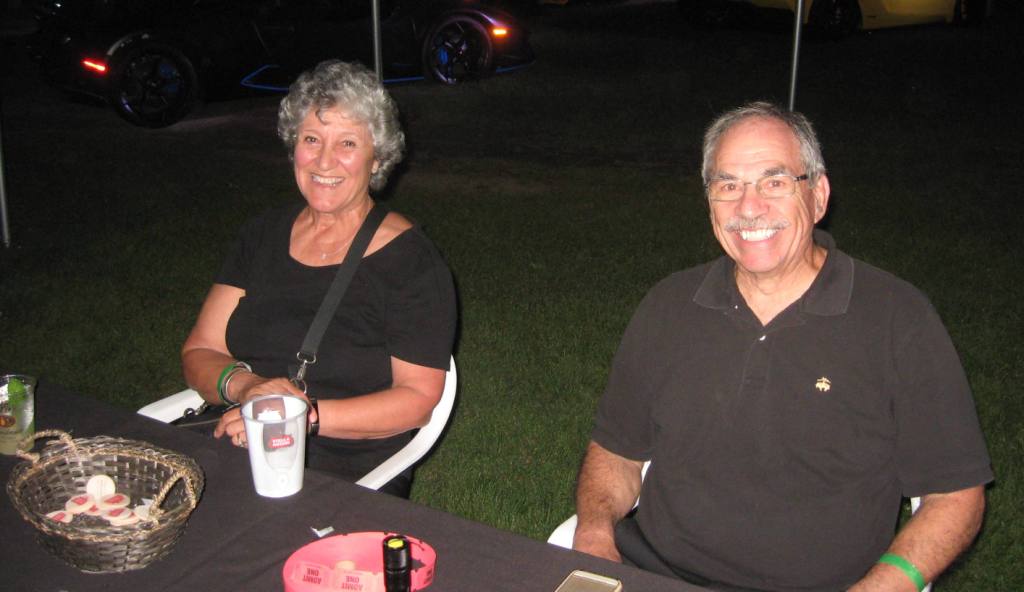 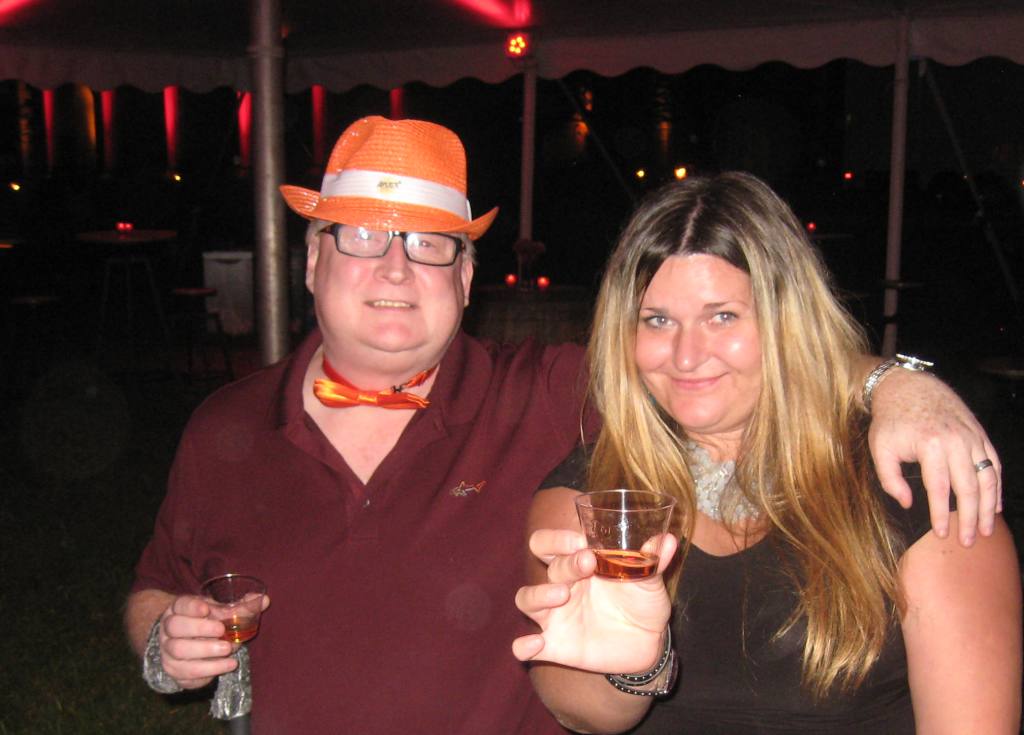 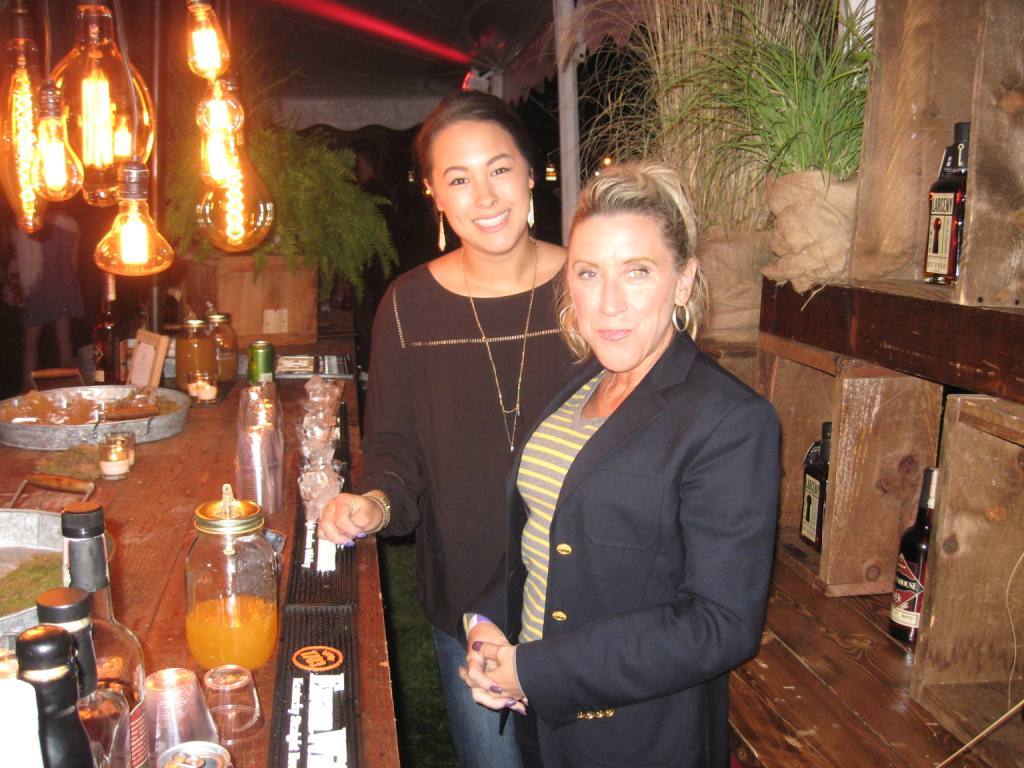 Inside and out – the attention to detail was completely prominent- and from my perspective, the lighting sealed the deal. I actually said the second “Ahhhhhh!” to myself, out loud:

“Ahhhhhh!” Now I see why they brought Colin Cowie Lifestyle into the mix!”

Mandy and Alice’s posts to come will certainly expand on that statement. But it was clear that, at the Saratoga Wine and Food Festival’s only evening event. a statement was made indeed. 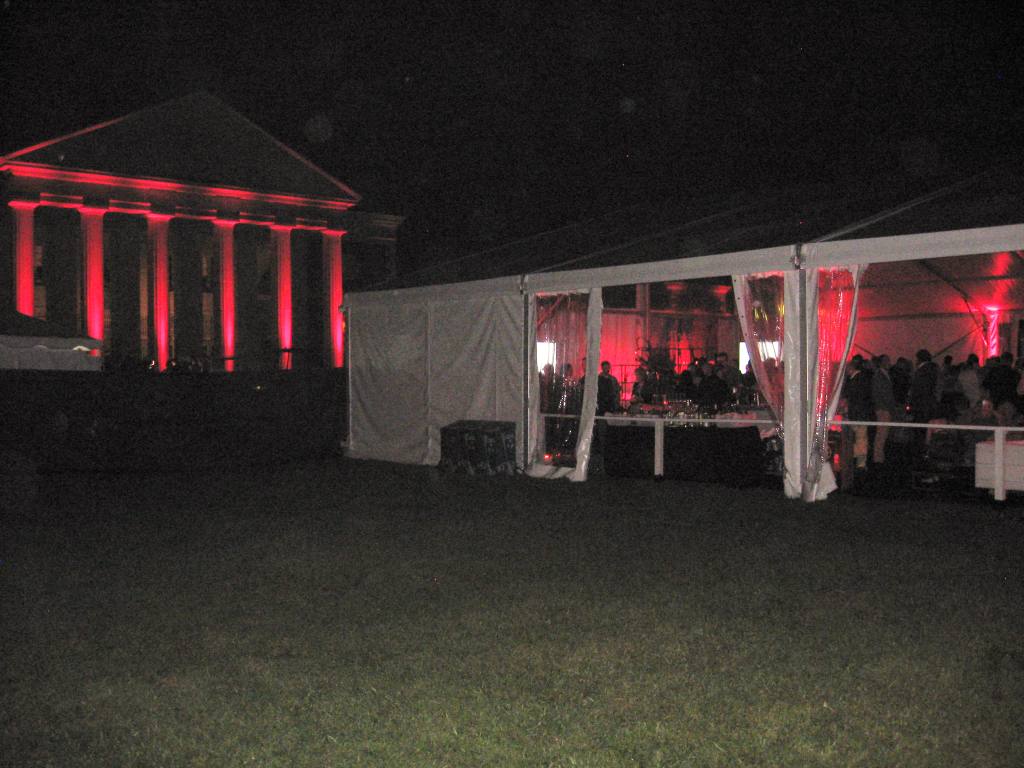 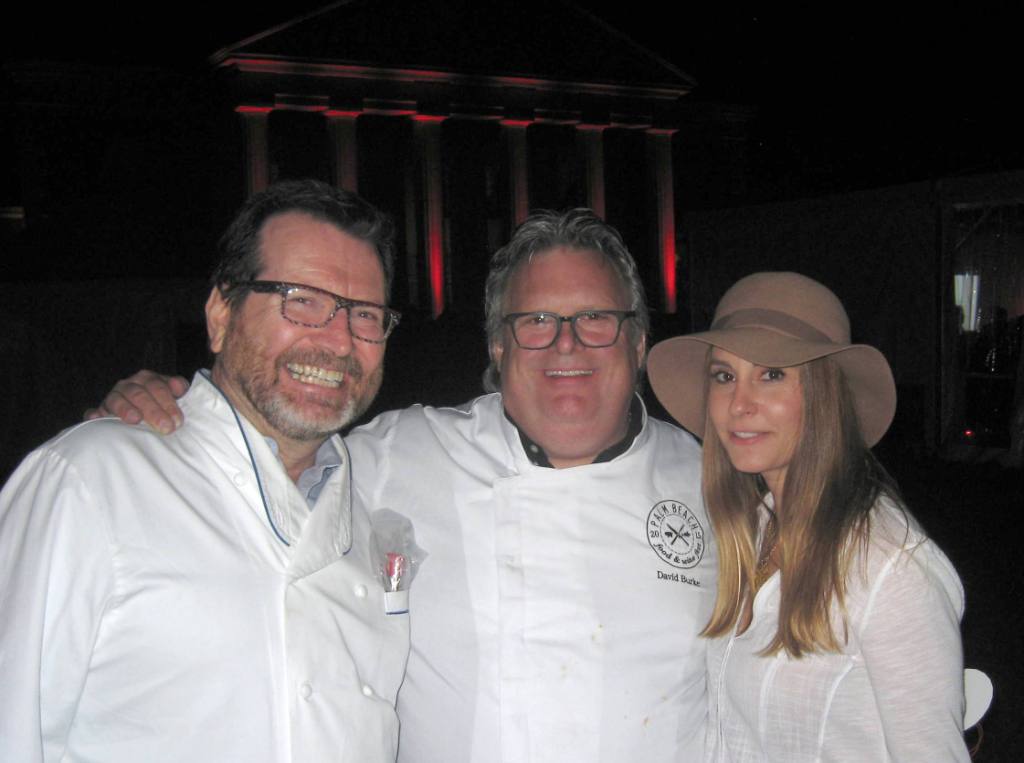 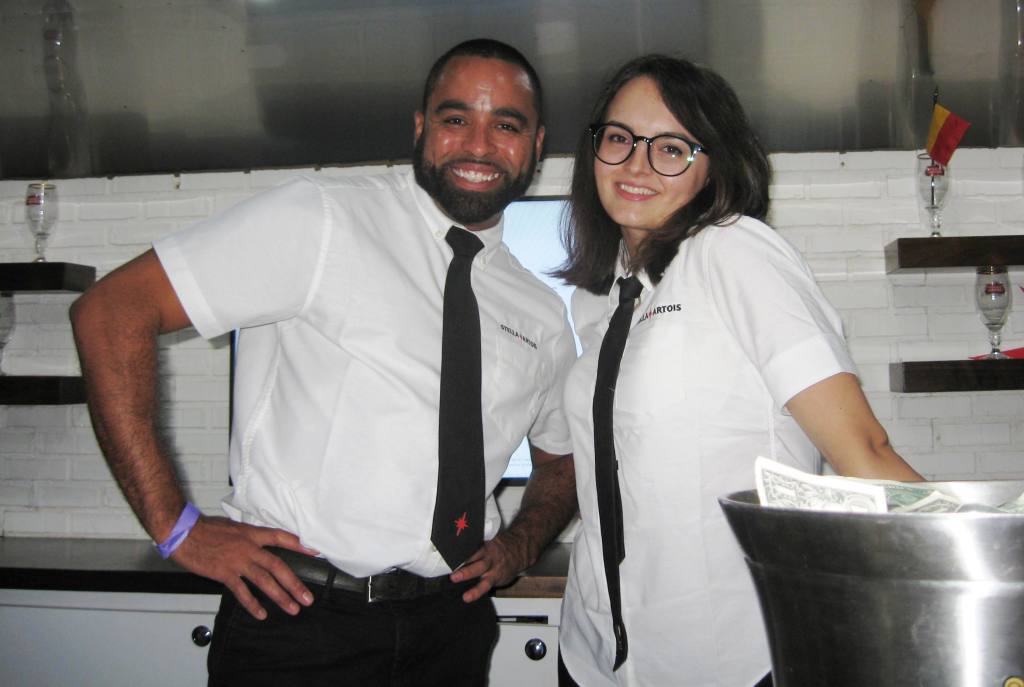 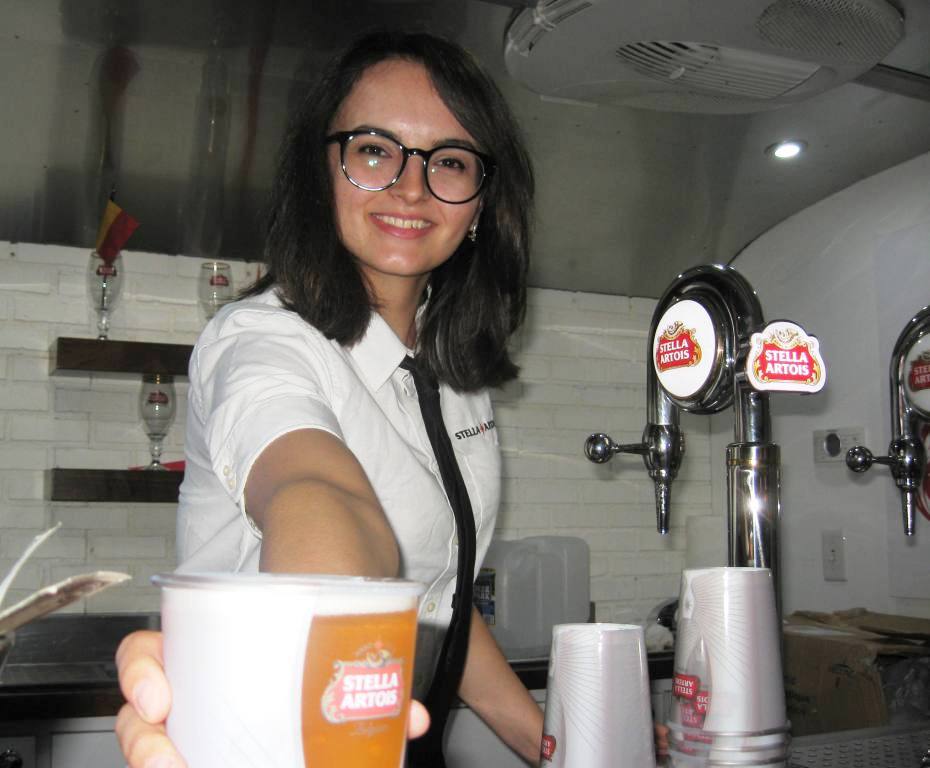 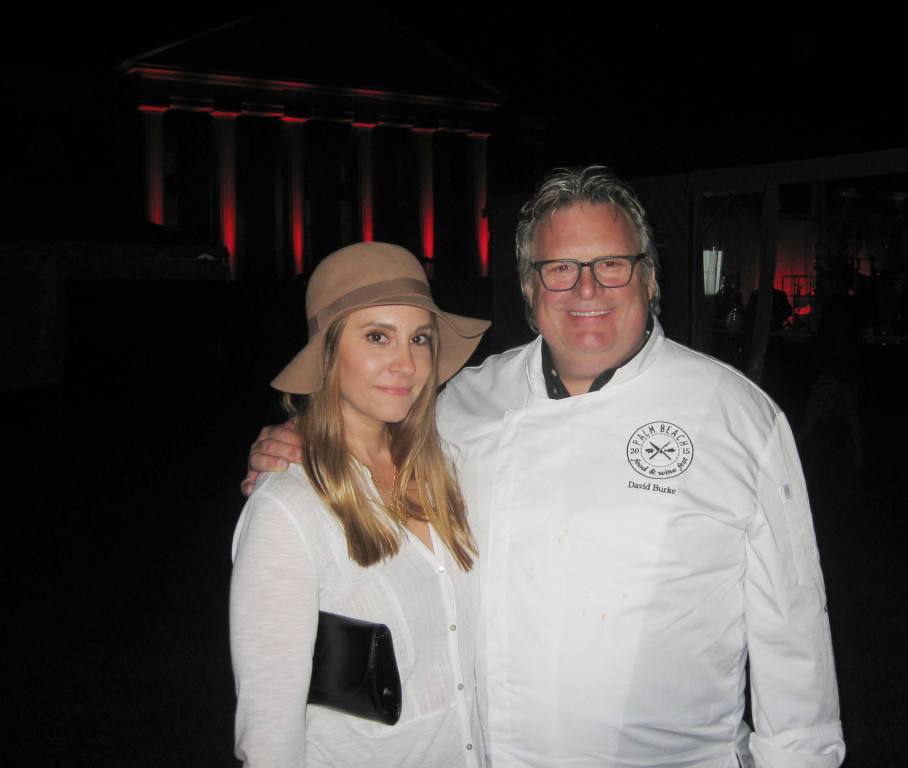 And yet, it was overlaid onto the relatively chill ambiance that has always been present on this Festival’s opening night. I had the privilege of chatting with Chef David Burke. Nothing formal, just shooting the breeze and snapping a few pics of him and his friends. And then bumping into long-time friends, as well as re-acquainting myself with the crew from the Stella Artois-mobile. 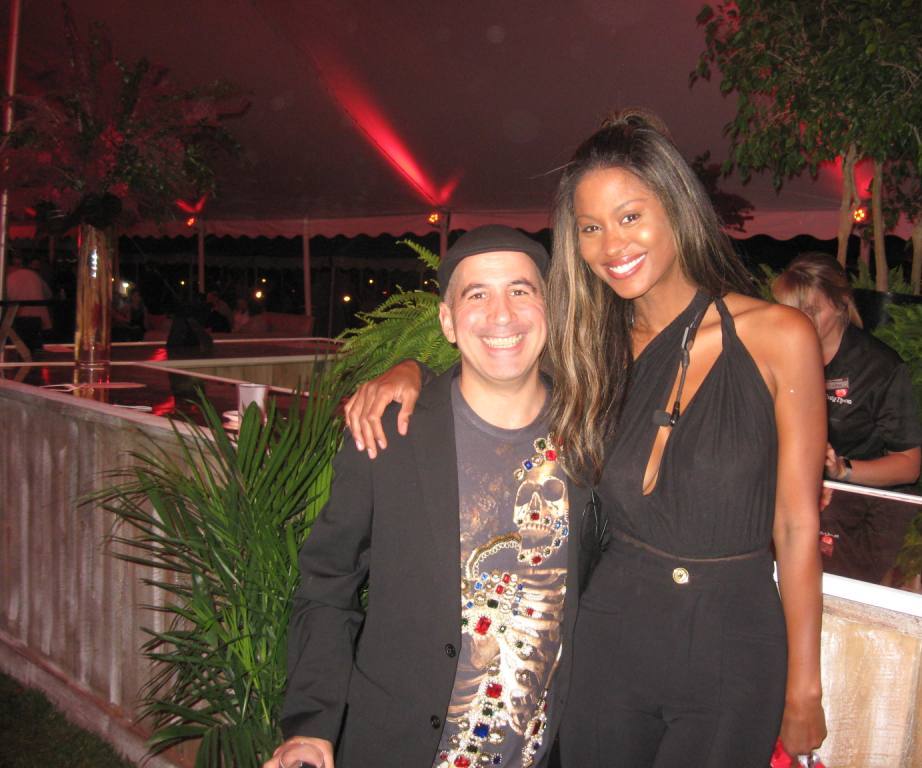 There was even time to chat a bit with Emcee Tricia Mitchell and Designer Anthony Manfredonia, and enjoy the radiant enthusiasm (including Tricia bopping up and down on stage to announce this or that) that they brought to the proceedings. This was their first time in Saratoga Springs, so I put my best deadpan face on and said “Oh, it’s ALWAYS like this. Where you been?”

Overall, while there was plenty of hard work ahead, an evening like this gave the people playing prominent roles, as well as the attendees, a healthy dose of casual respite. I, for one, was Fired Up! to chill with them, enjoy getting to know things on a human scale, while soaking in this unique ambiance – any image of which, would serve well as the dictionary definition of the word “reimagined.”

Next: Mandy’s take on Grand Tasting and the Bugatti Parade
Arthur Gonick
September 12, 2018